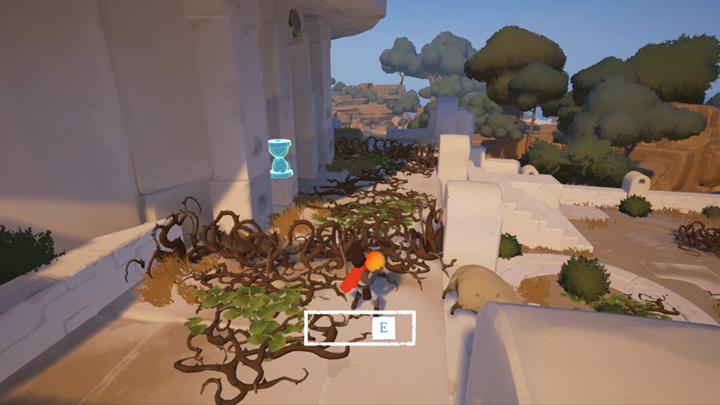 Use the fruit to make way for yourself.

Cross the passage shaped like a big golden key. Cross the bridge and you will encounter a boar that will escape and destroy, at the same time, thickets blocking the way. After you go ahead a little, you will note that there are identical thorn thickets blocking the passage ahead. Approach the fruit tree and lure the boar near the thickets. Then, toss the fruit, so that the animal makes the way ahead for you. Then, activate the figurine and cross the revealed passage. 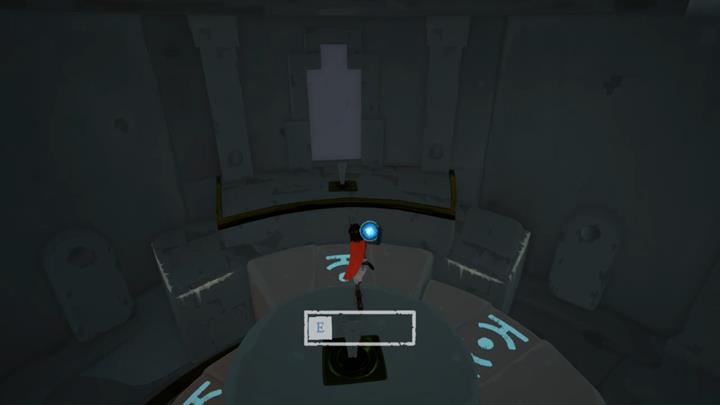 Throw the ball to the other side and place it on the pedestal.

Up ahead, there is a puzzle with orbs. Pick up the shining orb and place it on the pedestal. This way the platform that you are standing on will be elevated. As soon as the mechanism gives in, pick up the orb and throw it over to the other side, towards the other pedestal. Follow the orb, pick it up from the ground and place it on the elevation, which will reveal the passage. 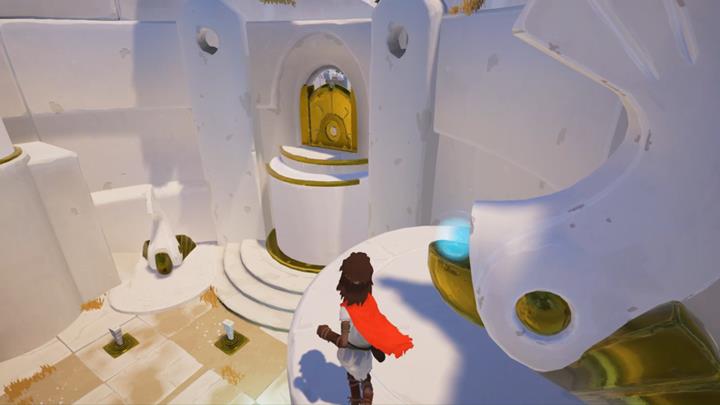 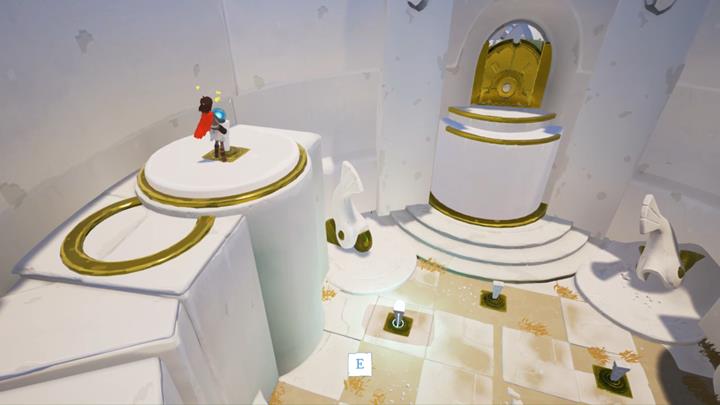 Manipulate the orbs below to place the orb above the correct place .

Go up the stairs and climb up over the ledges. You will walk into a location with more orbs and a puzzle. Take the orb from the pedestal in the middle and place it on the elevation on the right. Jump onto the wall and go towards the orb up above. Carry it over the stairs to the other side and place it in the centre of the golden ring. Jump down and place the orb of the pedestal on the left. Climb up again, pick up the orb from the ground and place it on the elevation that has just appeared. Then jump down and move the orb to the middle pedestal. 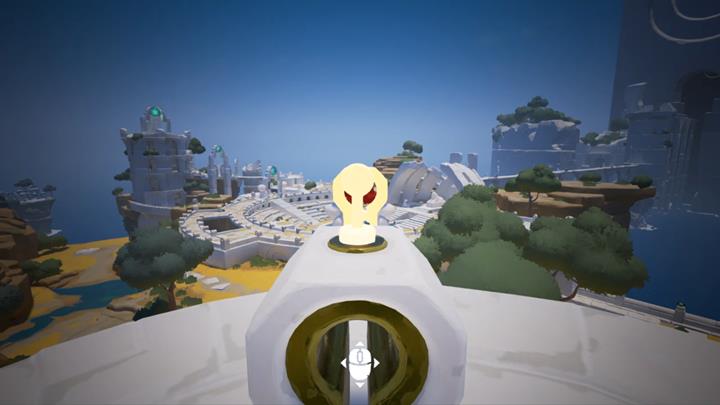 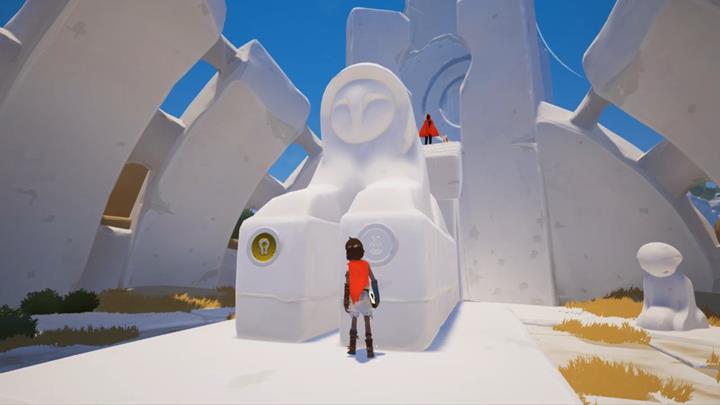 Obtain the second key and place it at the foot of the Sphinx.

This will reveal a passage up ahead - follow it up until you reach the "scenic panel" that you saw earlier. Manipulate the camera to place the key in the correct spot. Afterwards pick up the other of the keys and jump down over the fragment of the tower that has just appeared. Run toward the Sphinx and place another key in the correct spot. Finally your path to the tower will open.