This page of the Returnal guide informs if you can increase the inventory capacity of the main character. In addition, we explain whether Selene may have more than one weapon in her inventory at any given time. 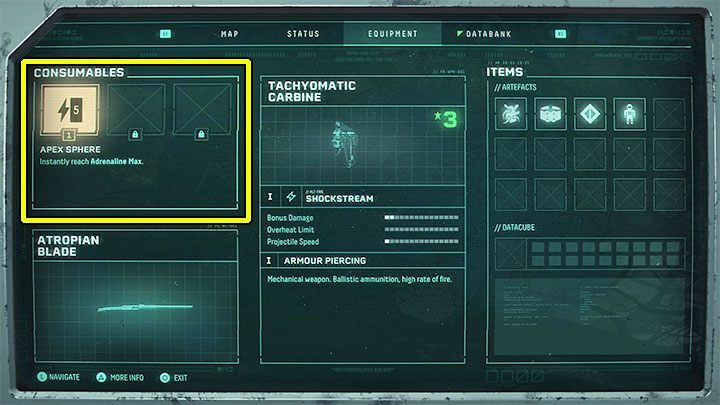 Selene's inventory can be viewed primarily in the Equipment window available after pausing the game. Here is the most important information about it:

Consumable are the only item category, the size of which in the inventory can be increased. Initially, Selene can only carry one type of consumable (although it can be several pieces of the same item). Ultimately, we'll be able to carry 3 different consumables. To switch between them, use D-Pad left and right. 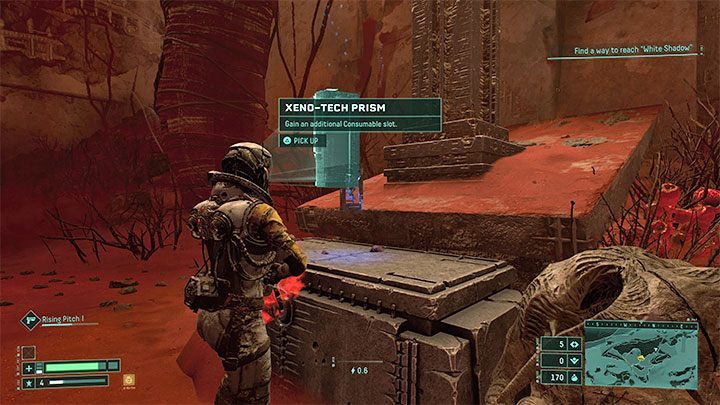 Xeno-Tech Prisms are used to increase the inventory capacity as well. These are unique artefacts that you can find after you advance far enough in the game.

We should find the first prism right after arriving in the 2. biome (Crimson Wastes) for the first time. It should be located in front of the spot where we've passed through the portal from the Overgrown Ruins. 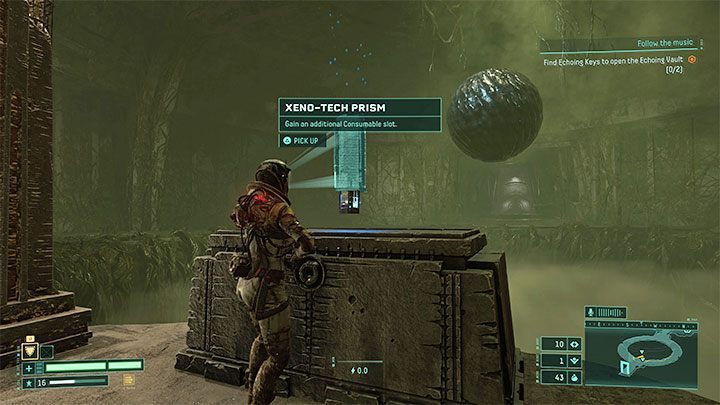 The second prism can be found while exploring the 4. biome (Echoing Ruins). In our case, it was in the chamber with a large levitating orb, as shown in the picture.