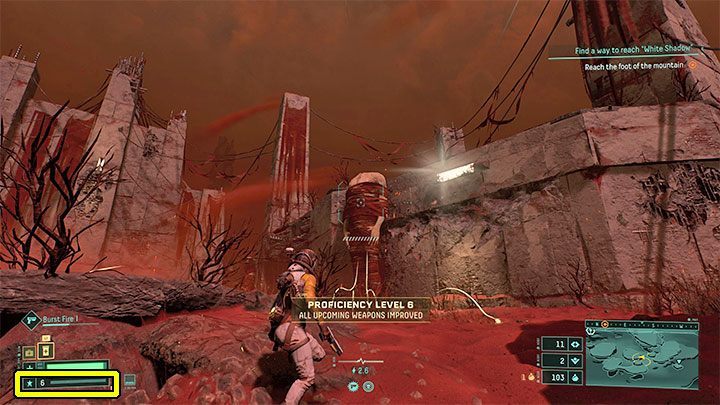 Proficiency level is basically your experience level. We start the game at Level 0 and as the game progresses we will gradually move up to next levels.

A message on the screen will inform you that you have reached the next level. In addition, you'll have a progress bar visible in the lower left corner of the screen.

The proficiency level is restarted to 0 in each cycle. We always have to start the game at Level 0, and if we want to go straight to the next biomes, then the game can make this process a little easier for us (more on this later in the text). 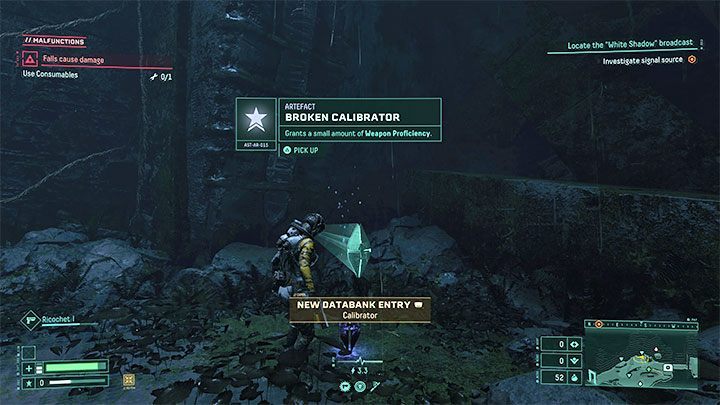 Proficiency points (or experience points) needed to advance are obtained primarily by killing enemies. The stronger the defeated opponent is, the more points we get.

An alternative way to speed up gaining higher proficiency levels is to look for artifacts - calibrators. Each offers a one-time bonus to the proficiency bar ("free XP"). Calibrators come in different varieties and the increase in proficiency points can be small or significant. 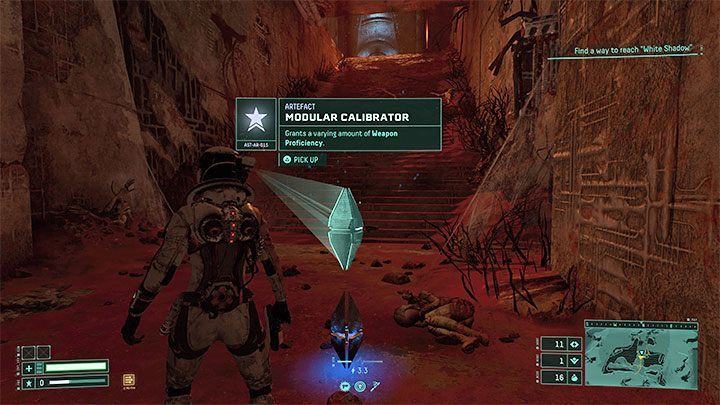 Once you unlock the second biome, you'll notice that Selene always starts the cycle at Level 0. It can make it very difficult for us to deal with the enemies from the subsequent biomes. The authors predicted a solution to this problem: you can find a calibrator near the launch sites in the next biomes. The calibrator for Region 2 (Crimson Wastes) is presented in the attached image. Taking the calibrator will allow us to receive a huge XP bonus and advance immediately to one of the higher proficiency levels. We don't have to re-explore the Overgrown Ruins to gain the first proficiency levels. 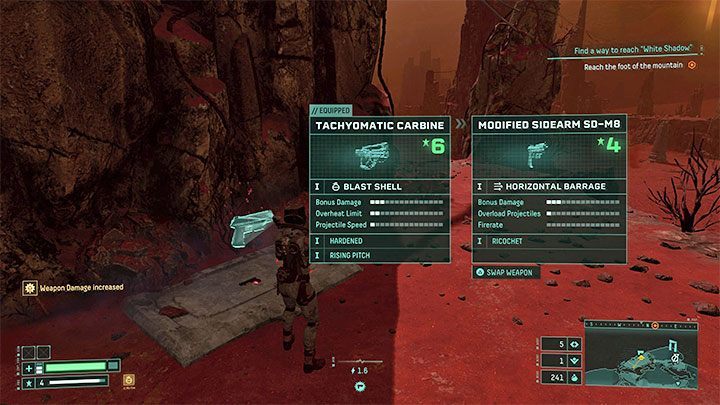 The proficiency level affects the minimum level of items found in the game. For example, if Selene's proficiency level is 4, then we will not find new items at a level lower than 4. Of course, it doesn't mean that all weapons will be at the same level. We may as well come across weapons from higher levels (5, 6 and more).

In Returnal, we should change weapons for better ones on a regular basis, but we don't have to pick up every new weapon since we can have only one firearm in our inventory at a time. We should:

Fortunately, even if we don't like the new weapon after we test it, the previous one is not lost forever. We can pick it up again and go back to using it right away.