This page of the Returnal guide explains what Ether is used for, a resource which can make your playthrough easier. We also explain how you can obtain Ether. 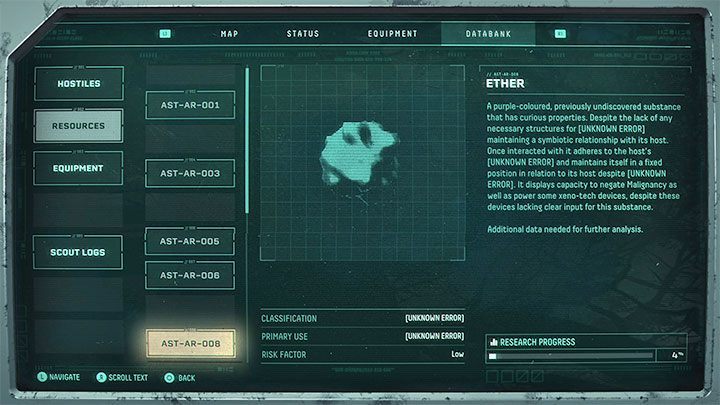 Ether is one of the resources in Returnal and it is definitely rarer than Obolite. Usually, you'll have a few up to a dozen pieces of Ether in your inventory.

The unique feature of Ether is that you don't lose it even if you die, that is, if the cycle is restarted. It is one of the fixed elements of your equipment. Once we've acquired Ether, we do not need to use it up during the current session, as is the case with Obolite. We can keep it and use it in any cycle in the future. 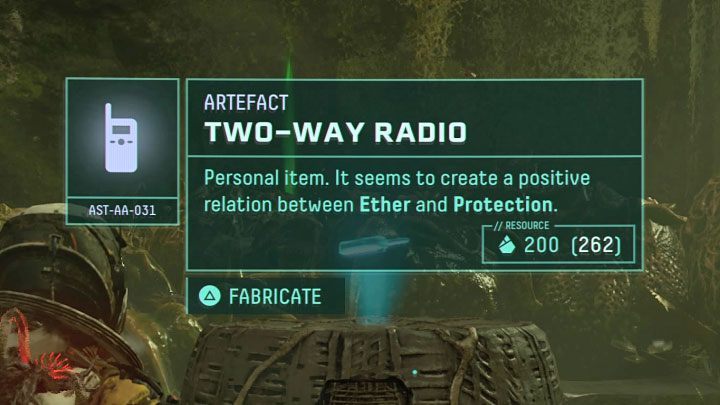 Ether can be used for various purposes, but unfortunately we have to spend it wisely, because there are only few collectables pieces of it in a single cycle. Having a supply of Ether can be very helpful if we suddenly come to a point in the game where using it will help you advance or will minimize the risk of Selene's ultimate death. You'll find more information about what Ether can be used for further in the text.

In the next stages of the campaign, you may also find an artifact: Two Way Radio. It also rewards saving Ether and not spending it for unnecessary things. A unique feature of this artifact is that it grants you a protection bonus based on the current supply of Ether. For example, if Selene has 30 Ether pieces at the moment, then her protection will increase by as much as 30%. This can be very useful in clashes with elite monsters and bosses.

How to get Ether? 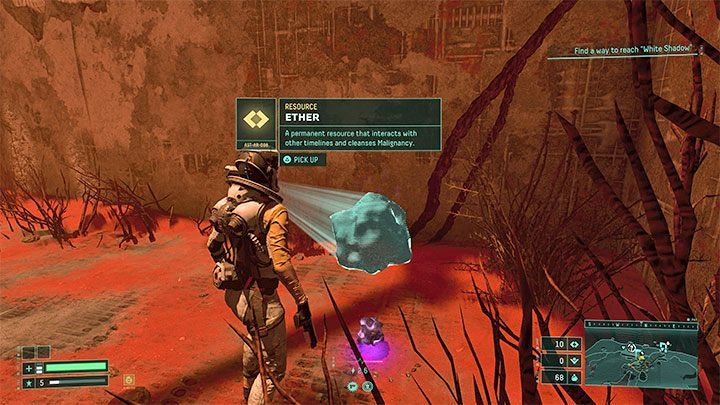 We can find Ether primarily as a loot. They will always be single deposits, so the process of collecting resources is slow. 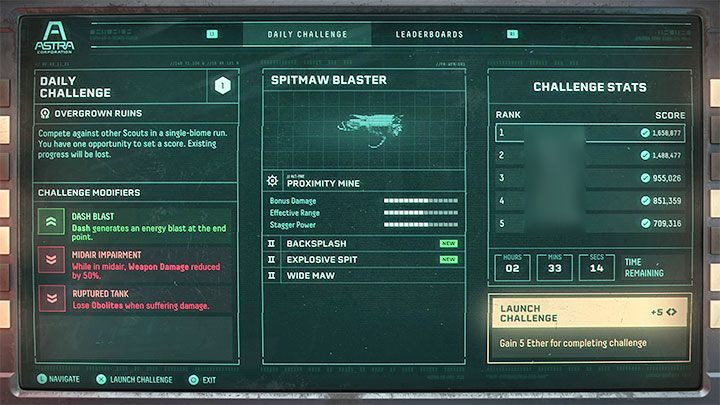 We can also obtain Ether by completing daily challenges. As a reminder, challenges become available after we get through the first biome (Overgrown Ruins) and return to the Helios ship. A new terminal will be unlocked, allowing you to start trials that change every day. Completing a single challenge will allow us to get a few Ether pieces.

Daily challenges are described in more detail on a separate page of our guide: Challenge terminal. 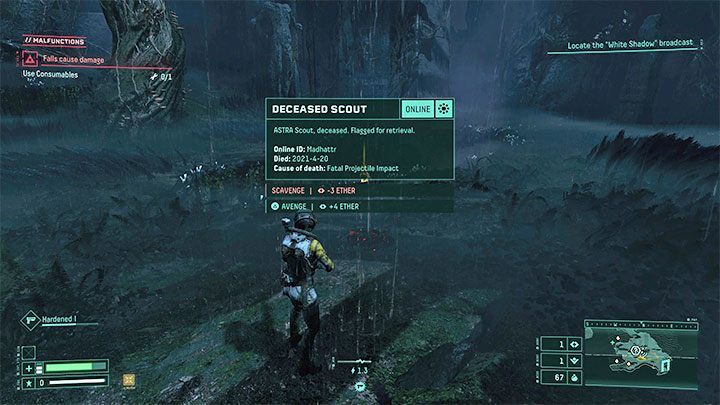 A less common way to obtain Ether is to avenge the death of another player -a scout. After finding the corpse of another player (assuming that we are playing online), there may be an opportunity to avenge him. If we decide to take this step, we can get a few Ether pieces, but Selene must defeat a random mini-boss who will appear in the area where you found the body.

Playing online is described in more detail on the Multiplayer and social features page. 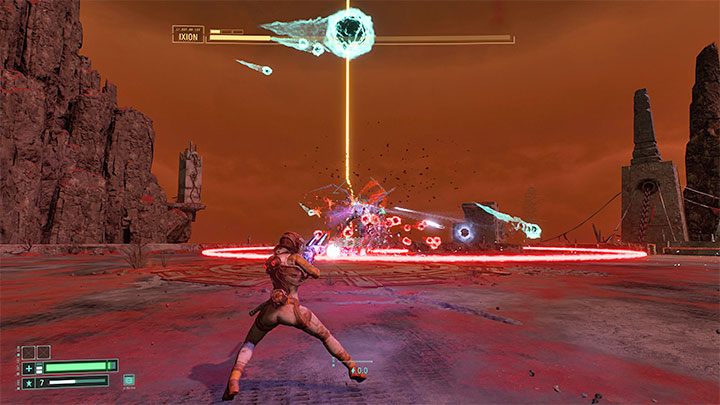 Ether can also be a reward for defeating one of the main bosses. This may allow us to make purchases and replenish Selene's health once she gets exhausted after an intense boss fight.

What can you spend Ether on? 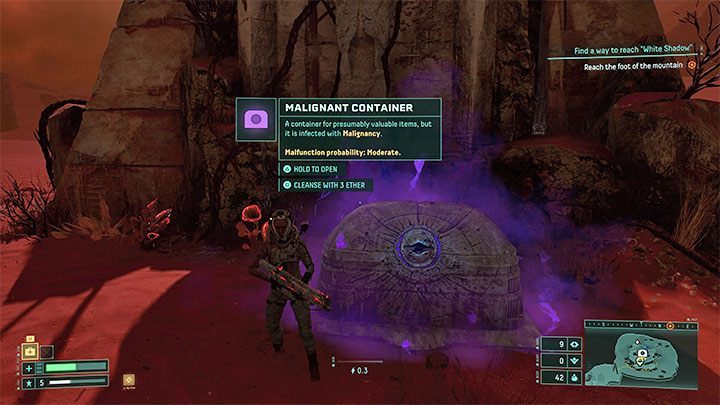 Ether can be used primarily for cleaning Malignant objects, i.e. the cursed ones. These can be, for example, keys, Obolite deposits or loot containers. Interacting with a Malignant object entails the risk of armor malfunction, i.e. a curse which can, for example, extend skills recharge time, increase damage inflicted on you when you fall or make you lose Obolites.

It is recommended to spend Ether solely on containers with the most valuable contents, so there is a higher chance that the loot you acquire in a safe way will be useful in the fights to come. 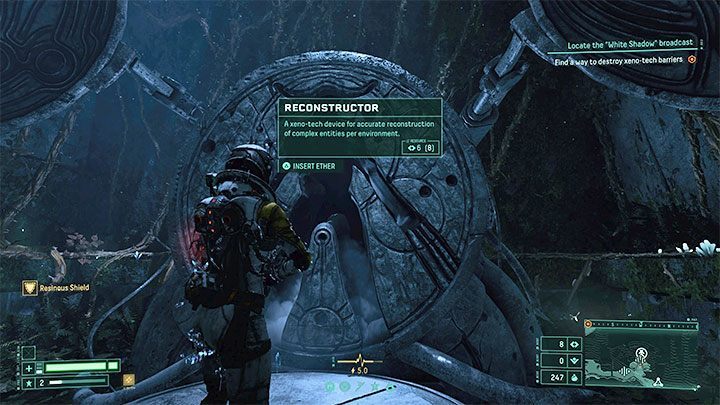 Another important application of Ether is the use of reconstructors (example in the picture). These are machines that record our progress, so that Selene's death will not automatically mean the end of the cycle. The game will allow for a one-time resurrection in the reconstructor and preserving your equipment. This will allow you to continue the gameplay within a given cycle.

Using a reconstructor is a good idea before fighting a boss of a given biome. If we fail, then we will have the opportunity to repeat the fight with the same (or better) equipment. 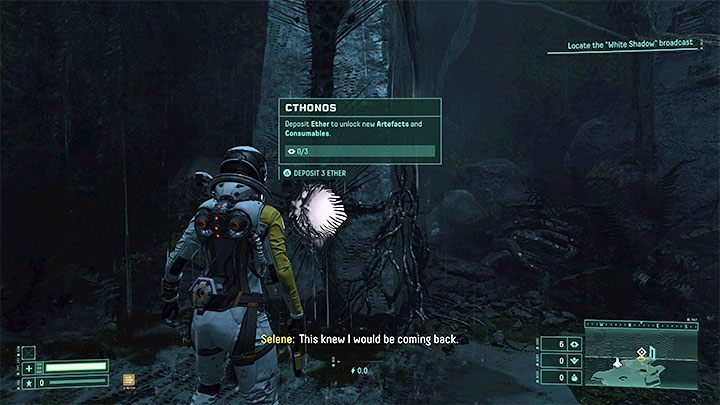 Another easily accessible way to spend Ether is to use the Cthonos device. It will appear after some time near the crash site where we begin each cycle. We can spend Ether and get a random loot in return. This method is not necessarily cost-effective, because even though we spend a few Ether pieces, the object we receive may be of little use to us. 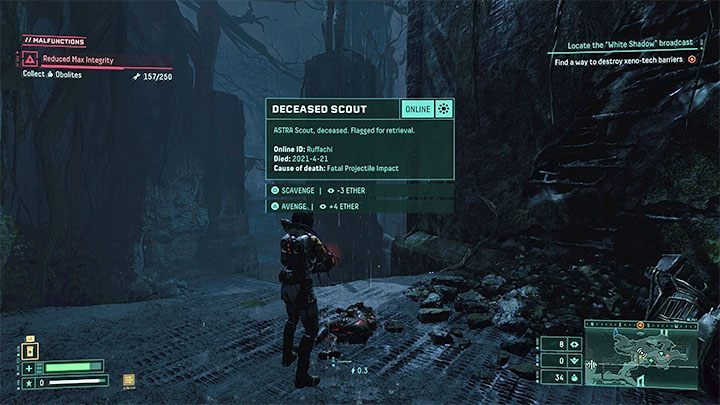 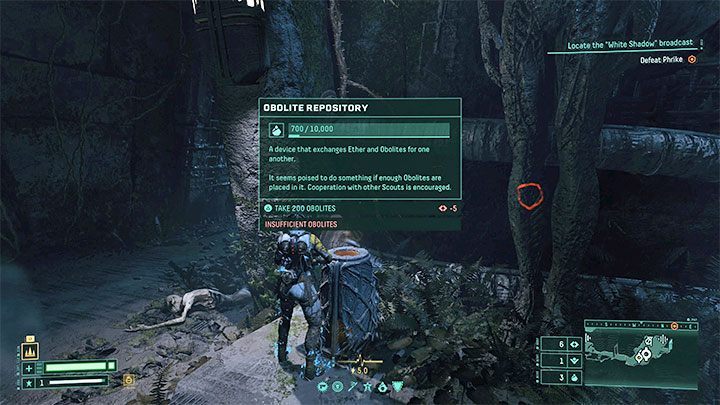 Ether can also be used on a smaller scale: