On this page of the game guide we have provided various tips and tricks on how to die less in Returnal. These tips include ways of protecting the character when she is seriously wounded, calculating risks and avoiding risky behaviours when they aren't necessary. 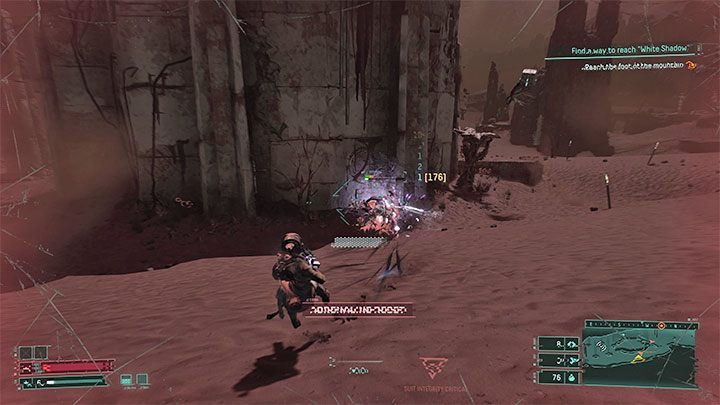 The most important way to keep Selene alive is to pay attention to the suit's energy bar, which also functions as the main character's health bar. Energy points can easily be lost and aren't regained automatically - automatic health point regeneration isn't one of the game's features. If the character becomes weakened as a result of our actions, then the problem will persist until we use one of the available treatment options.

We should avoid taking undue risks while our character is severely wounded. Try to steer clear of dangerous locations and don't undertake risky activities such as exploring trap-laden areas or attacking tougher enemies. Keep an eye out for places on the mini-map where the main character can find some loot or devices that provide at least partial healing. 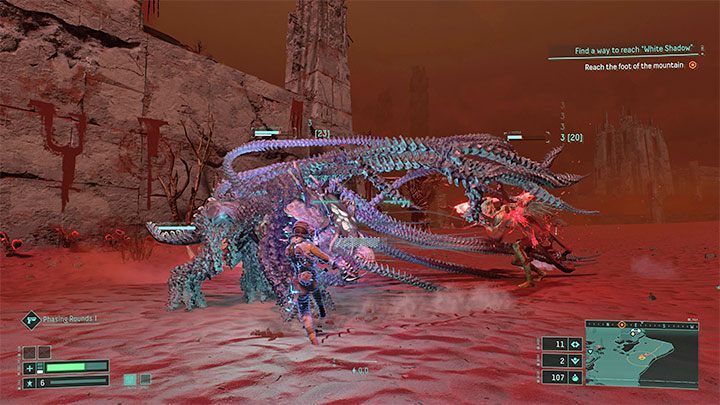 While exploring the game world, in addition to regular enemies, we may encounter opponents who are especially strong and we must be aware that fighting them is much more demanding. Strong enemies are harder to kill and their attacks are far more difficult to dodge - for example, Selene may be targeted by self-guided projectiles, attacked suddenly in melee combat or have a powerful energy beam be aimed at her.

Disposing of the regular monsters should be our first priority, so that their attacks do not interrupt our battle against the stronger opponent. The game often gives us an opportunity to do this, as a red glow will warn us of an impending encounter with an elite monster. That should give us some time to get rid of the weaker enemies. If we realise that we are too weak, then we can attempt to escape. However, this won't be possible in locked down areas where all the passageways have been blocked. We will be forced to take on the challenge. 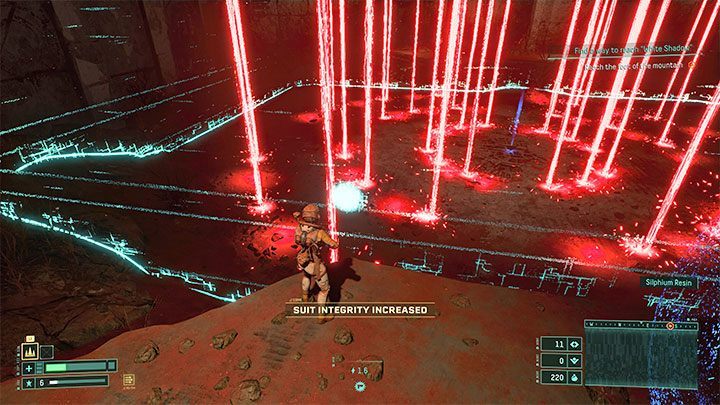 The difficulty level of the traps we encounter increases rapidly. In the first biome (region of the world), bypassing most of them and reaching the treasures they protect shouldn't cause many issues. However, starting from the second biome, we have to calculate the risks, because it's all too easy to make a costly mistake and get seriously injured or killed.

Once we reach a location with a trap, we should first consider whether Selene's current status (in terms of equipment and armor energy level) is suitable for the challenge. We should also determine whether the trap isn't optional and if it leads to valuable treasure. Remember that the health bar is not easy to restore and we'll need to maintain enough energy to explore the entire biome. 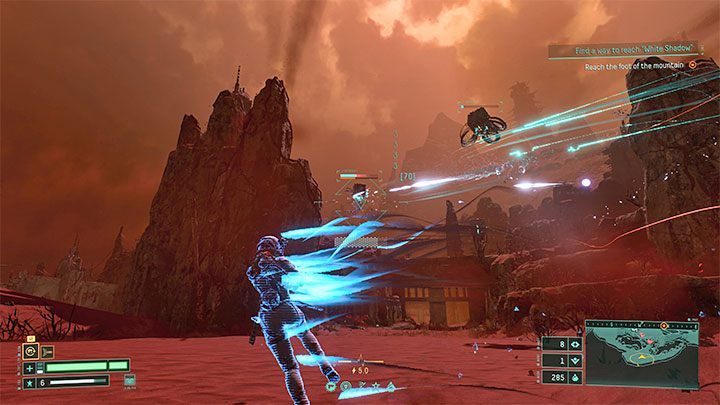 Relying on dashes (also known as dodges) is essential when it comes to avoiding injuries. This is the basic technique during virtually every encounter. Dashing can help us avoid long-range attacks (remember that Selene can "phase through" moving projectiles by dashing) and to evade direct attacks or attempts to catch the character.

Let's not forget that dashes aren't completely unlimited. By default, we have to wait a short while between dashes. Certain types of armor damage or parasites can increase dash recovery time, which in turn may seriously impact the game's difficulty level. This is especially important if we enjoy a more aggressive playstyle. 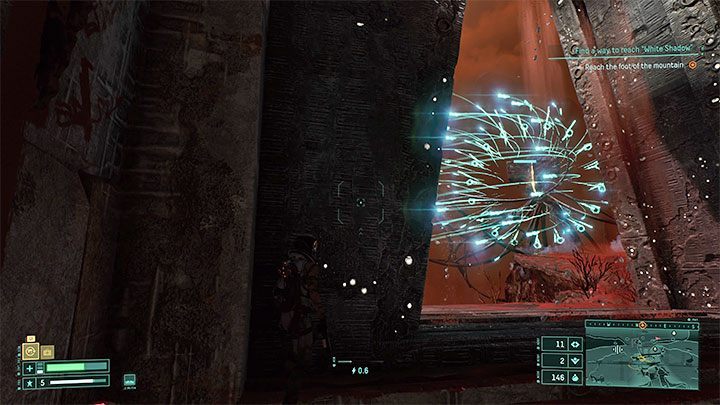 Hiding behind cover in Returnal isn't used as often as dashing, but it's still another viable way to keep the main character alive. Utilizing cover is especially useful when fighting strong, but slow opponents. We can use this technique to avoid bothersome long-range attacks, like those that involve launching a series of self-guided projectiles at Selene. Positioning yourself behind cover can also be useful when you need to wait for your ammo supply or alternative weapon attack to renew.

Keep in mind that some cover is destructible. It's best to hide behind big stones and near the passageways between adjacent areas. No damage will occur in these areas. Additionally, enemies often have issues with passages and may even "get stuck" in them. It might help expose them to our attacks. 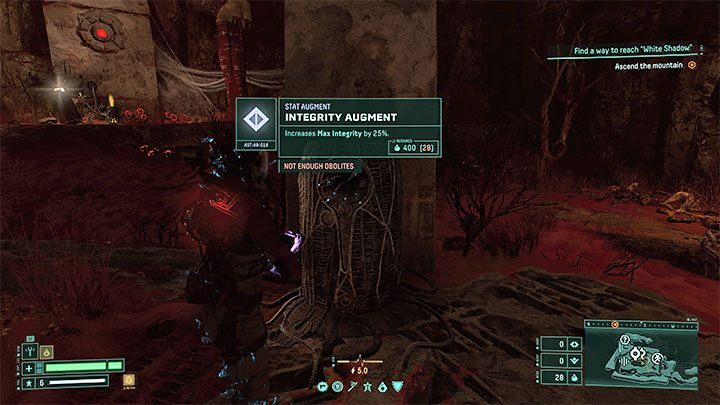 During the course of the game, we can come across various places where Selene can spend the obolite she acquired (the game's main resource which also functions as currency). Since we'll never be drowning in obolite, we should prioritize the most critical of purchases. Our two recommendations are:

1) Upgrading the integrity bar - This is a very helpful stat improvement. In the example in the image, the upgrade can extend the energy bar by up to 25%. Having a longer health bar can make surviving more difficult battles easier. 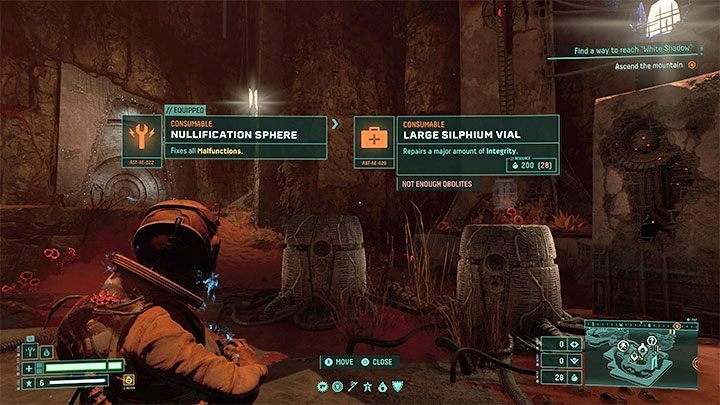 2) Buying first aid kits - Basically, these are consumables which allow us to recover the spacesuit's lost energy. Items of this type may be purchased at selected devices. Ideally, we should always carry one of these in reserve so that we can quickly heal ourselves if we're ever on the verge of death. 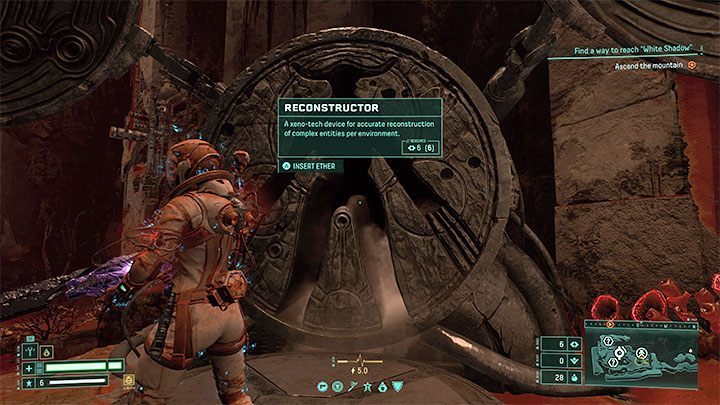 Selene is instantly killed and the current cycle ends when the entire energy bar is depleted, but there are exceptions to this rule, which allow us to bring the character back to life and continue the struggle without having to restart and return to the Helios crash site. The two chief methods to resurrect Selene are:

1) Using a reconstructor - These are large devices that, in a way, allow us to save our progress. After an potential death, we will be reborn in the reconstructor and retain all the equipment we had before we died. Unfortunately, to use the reconstructor, we need to spend 6 ether (a rare resource). It's a good idea to save your progress before initiating a fight against the biome's boss. 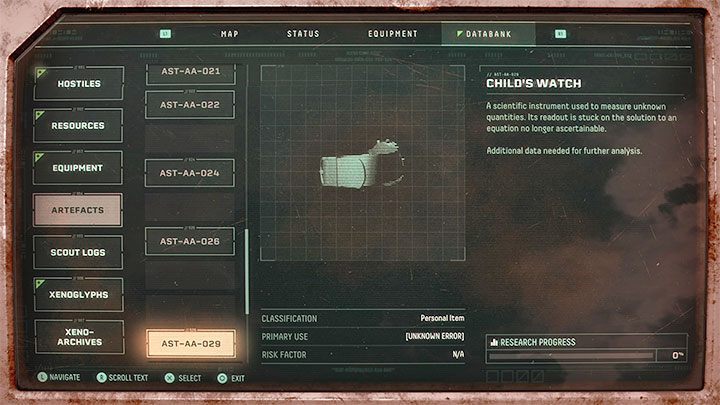 2) Using an artifact that can resurrect Selene - This method is faster, because the character will be immediately reborn in the same spot where she died. Unfortunately, such artifacts are found rather infrequently and even if they appear in a device, they have a high production cost. 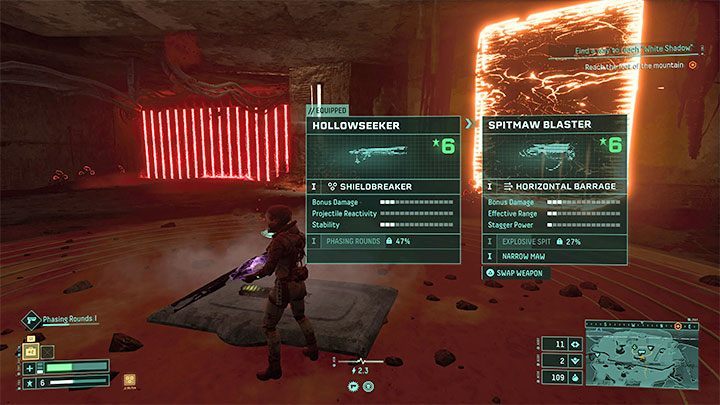 In Returnal, the amount of damage dealt by a weapon is affected by the proficiency level - the higher the level, the better the statistics of a given gun. Proficiency is like XP - we can earn it by eliminating opponents and collecting specific types of loot.

Keep a lookout for higher level weapons and swap out equipment when necessary. Otherwise, we may have substantial problems with eliminating even regular opponents, because we will need to spend a long time shooting them before they are finally defeated. New weapons can be found primarily in various types of containers. Selene's current level of proficiency affects the minimum level of weapons found. For example, if Selene's proficiency level is 3, then we will come across level 3 weapons and higher. However, level 0, 1 and 2 weapons will cease to appear. 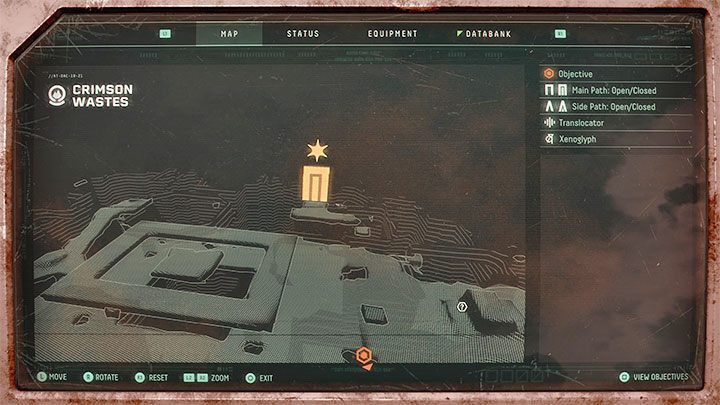 While exploring other biomes, we may come across yellow passages on the map - the image provides an example. They mark the areas where the most difficult battles occur. In each of these locations we have to defeat several groups of opponents, including some elite variants among the enemies.

If you are just learning the game and the combat mechanics or if you are playing a weakened character, then it's best to stay away from these areas. If we believe that our skills and equipment are sufficiently developed, then we can take up the challenge and compete for the XP and some loot. 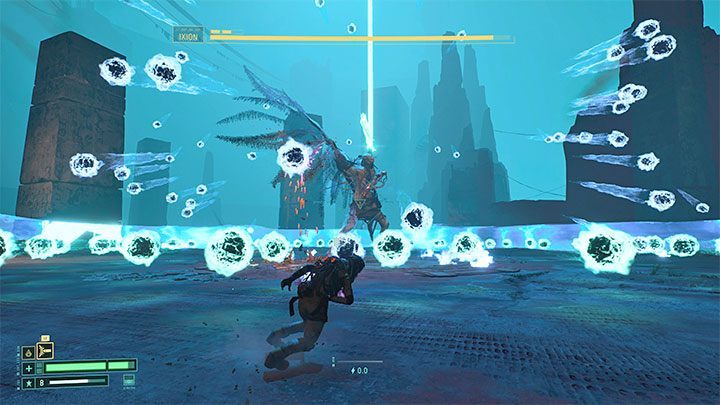 Confronting the main boss of each biome is the ultimate challenge that we have to face. Ways of defeating specific bosses are described in detail in the Bosses chapter. Here are some tips on how to avoid regular deaths and setbacks during boss fights: