This page of the Returnal guide contains a walkthrough of the boss fight with Phrike. You will learn when the fight with Phrike happens, what attacks the boss has and how to avoid them, as well as how to defeat him effectively and quickly.

The duel with Phrike occurs at the end of the explotation of the first biome of Atropos. Phrike is the first boss you will face in Returnal. It has three health bars, so the duel with this opponent was divided into three phases, and in each of them, the boss uses unique combinations of attacks. 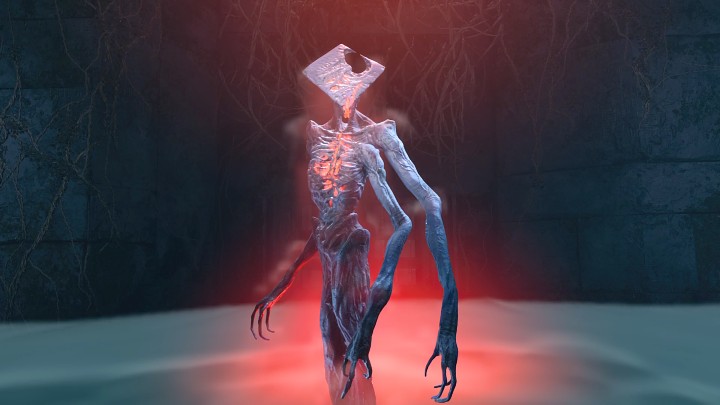 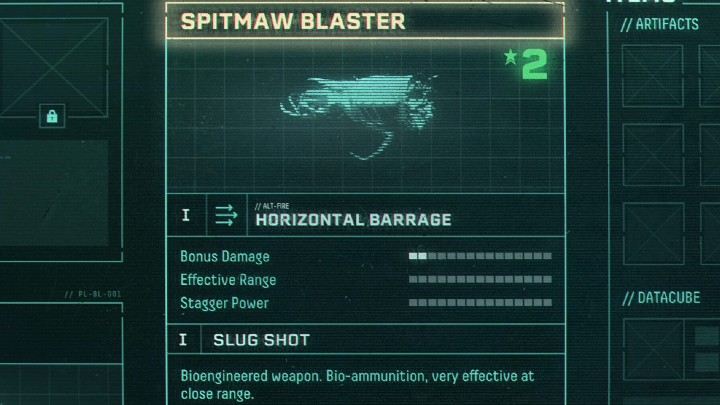 Before the duel with Phrike, it is worth preparing and choosing the right weapon for the fight. To fight the first boss in Returnal, we recommend the Spitmaw Blaster because it causes a lot of damage from one shot at close range, and during this clash, you will have a lot of opportunities to give many shots in close combat. Moreover, an alternate shot of Spitmaw Blaster can deprive the boss of about 1/4 health bar. It is also worth having a consumable item on hand, which, if necessary, will restore the lost health of Selene. 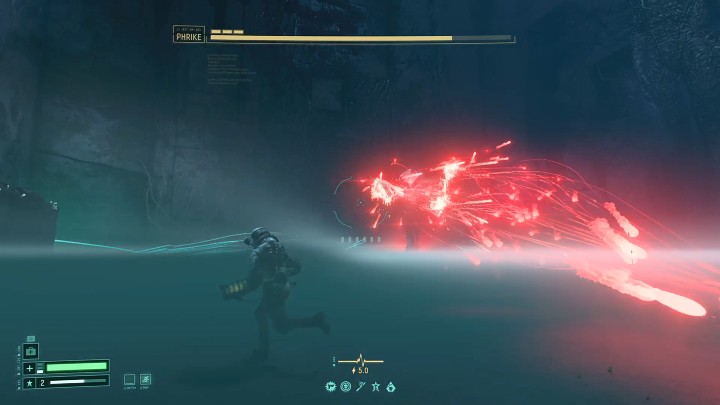 Phrike can fire a series of red missiles from his three hands, which are not 100% homing but can slightly change the trajectory to hit the target. In this situation, it is best to stop shooting for a while and run to the right or left, and the missle will hit the ground. 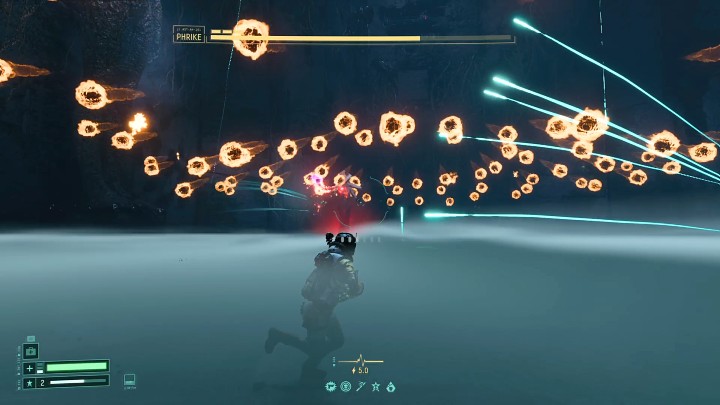 The second dangerous skill you should be careful dealing with this boss is the glowing orbs he creates over his head and then sends in all directions. The orbs fall slowly, but after a while, gaps between them will appear. You can use them to avoid getting hurt. 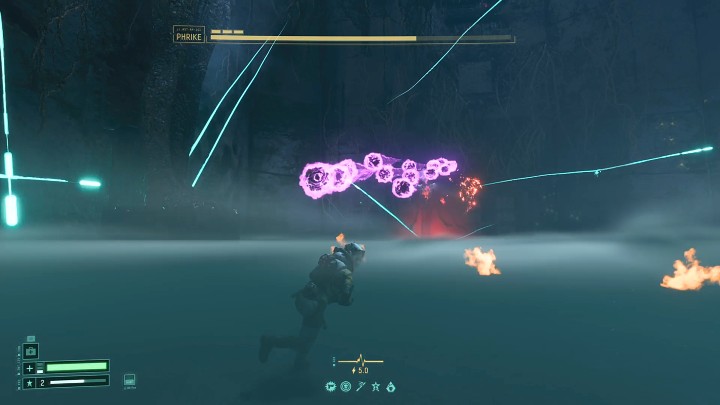 Phrike can also fire a series of purple orbs - first using his right hand and then two left hands. Bullets fly at quite a high speed, but they are easy to avoid because they are not homing - just sprint or a dodge to the side. 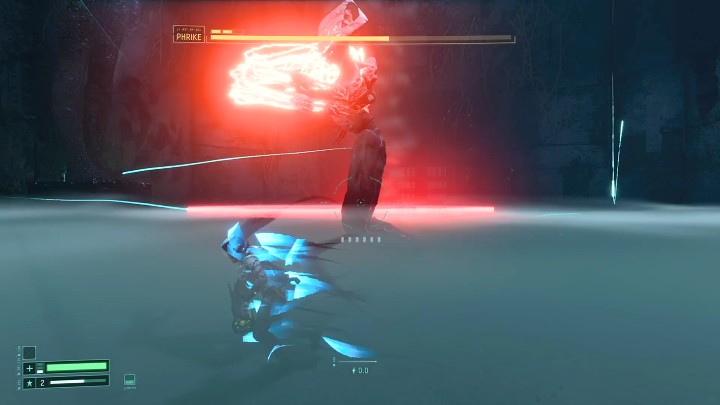 When Phrike begins to focus the red energy on the ground, it is a sign that he will create a wave of slowly spreading rays and then will charge at you and try to hit directly. Be prepared to dodge to the side just before a blow.

The red wave spreads from the center of the arena to the end of it and reaches your position after you evade, so you can jump over it to avoid taking damage. 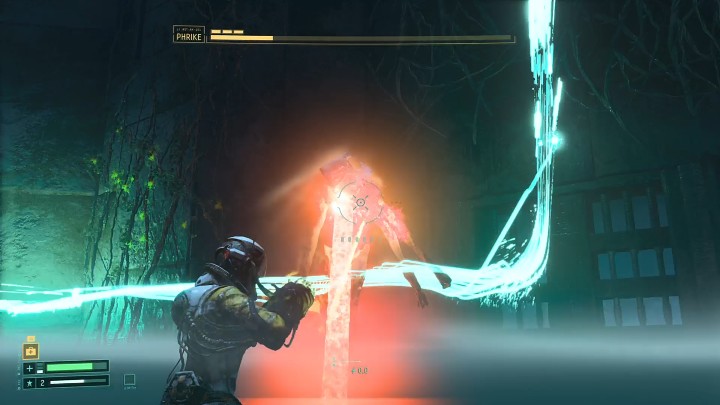 The last skill that Phrike uses during the first phase of the fight is the red laser beam, which the boss first leads on the ground and then makes a quick, smooth cut in a straight line up - be prepared to dodge sideways. 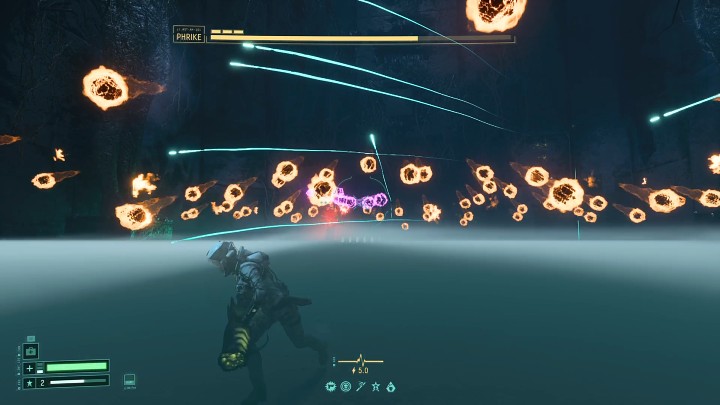 During the first phase of the duel, you should watch out for the combo of two different boss attacks. Phrike can, for example, use glowing orbs in combination with a series of red or purple missiles.

During the second phase, Phrike gets access to several new abilities, some of the previous abilities of the boss are slightly modified, and it more often uses different combinations of attacks, which further complicates the fight. 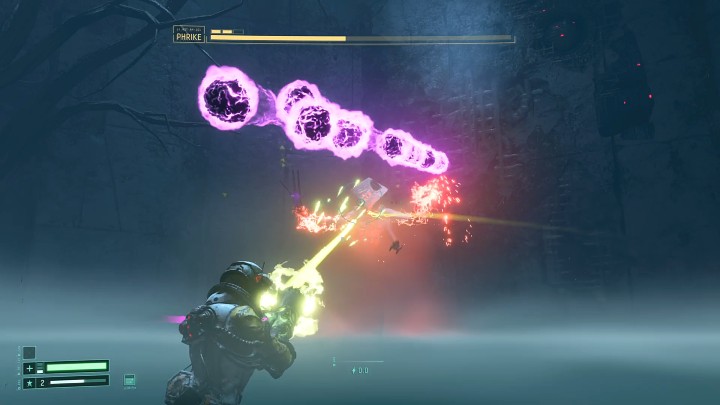 In the second phase, Phrike fires a much longer series of purple orbs - instead of three waves, you will have to avoid nine of them fired one after another in very short intervals.

Phrike will be standing still during this ability, and missiles are easily avoided, so this is the best time to approach the boss and shoot in his direction a long series of bullets. 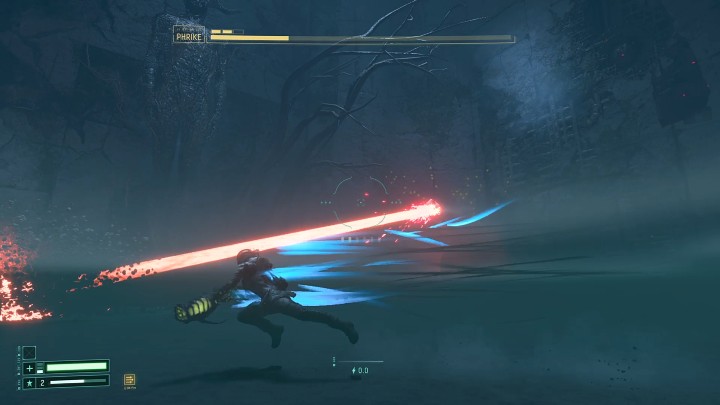 Phrike can focus energy much faster and fire the red laser beam not only vertically but also horizontally. Be prepared to dodge in the opposite direction.

In the third phase of the duel, Phrike will get some new attacks, and some of the abilities previously used will be modified. At this stage, the boss will not give you a break and will fill the arena with many orbs combined into deadly combinations - you have to be very careful and watch Selene's health all the time. 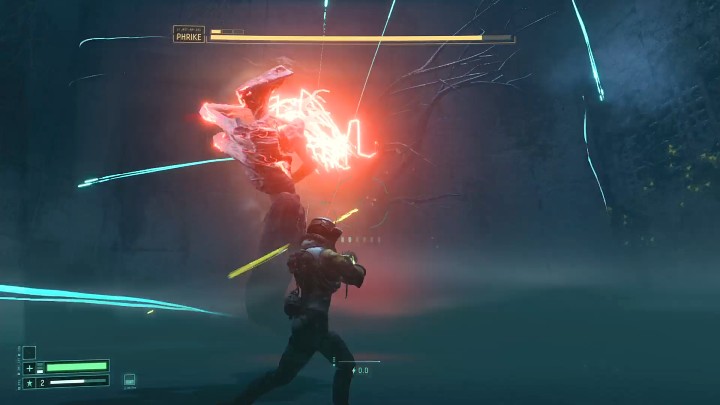 In this phase, Phrike is much more likely to melee attacks and can charge to Selene twice in a row - be prepared to perform two doges at the right time (before hit). 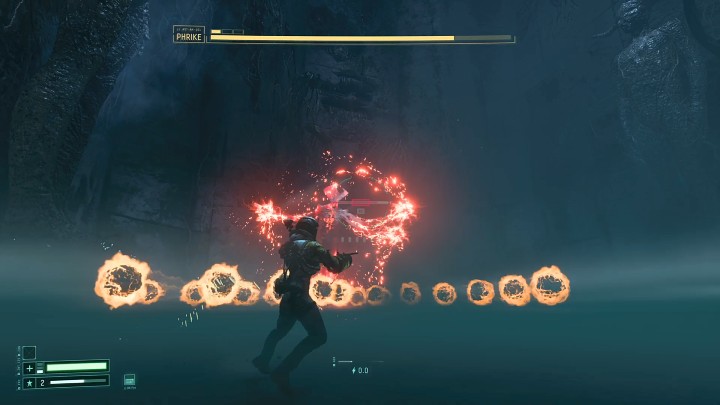 The boss can fire the orbs right by the ground, and then they will begin to move towards the side walls. The orbs last much longer on the arena, but you can maneuver between them. However, it should be noted that Phrike still has the basic version of this skill and will definitely use it. 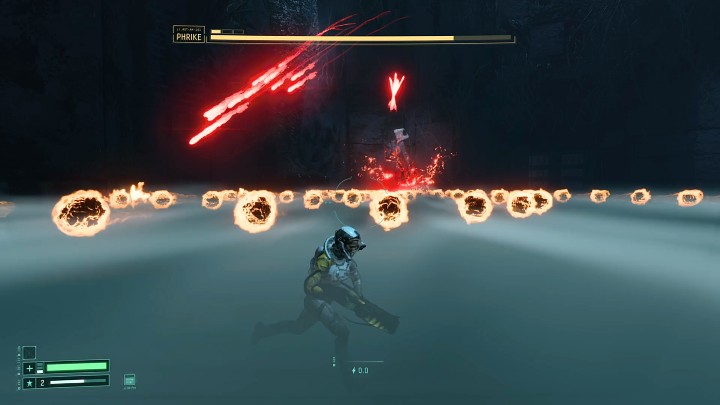 Phrike can now create a series of red missiles over his head and then send them in chosen direction. As the basic variant of this skill, the missiles are not homing, so they can easily be avoided. 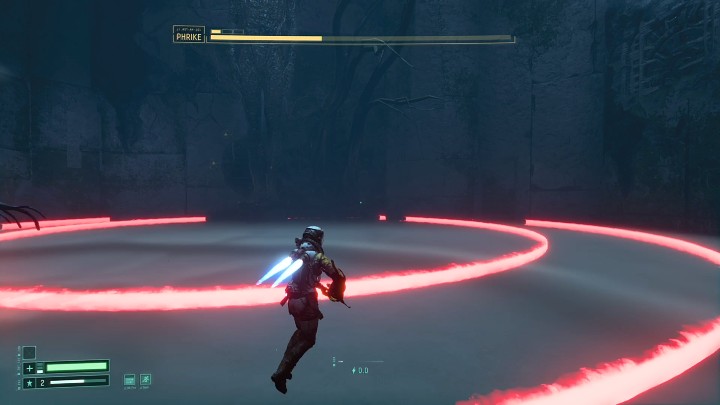 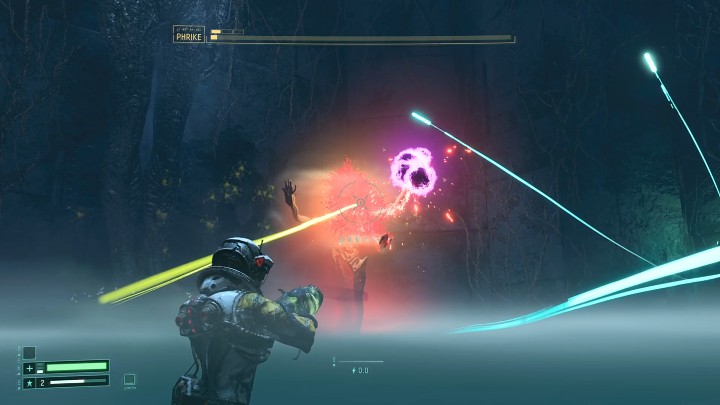 During the last phase of the fight, you will have much less opportunity to give well-aimed shots. Remember that you should not rush - focus on avoiding enemy attacks and shot when you are safe - and in the end, you will be able to defeat the first boss in Returnal.