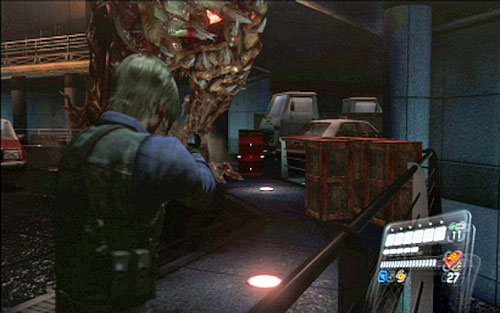 In the first phase of fight try to keep your enemy on distance and lure him in the area of red barrels. When the beast gets close enough to containers, shoot at them to make an explosion. 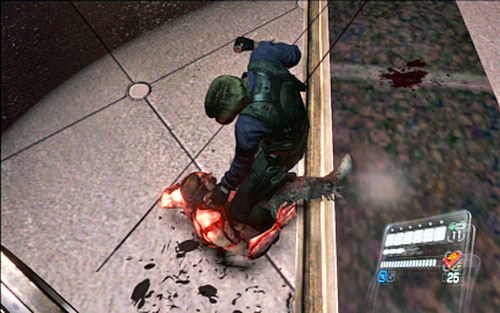 After each explosion boss transforms into human for short period of time. Quickly run towards him, hit him several times, press RT and then keep pressing A. 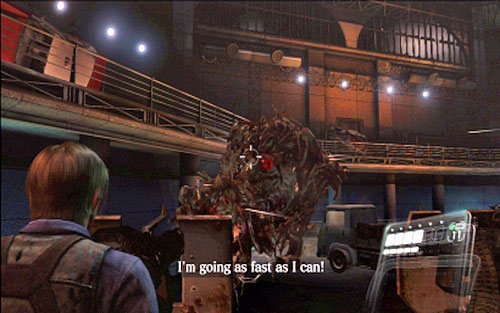 Repeat these actions until a military vehicle drives into room. You'll take then machine gun operator place and shot at the eye inside Simmons' mouth. 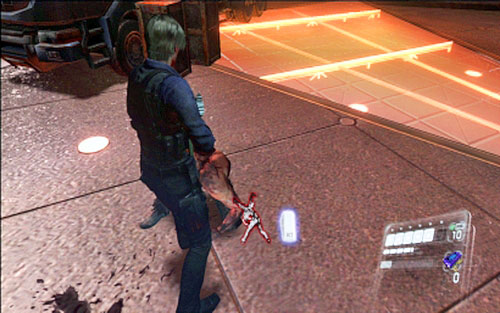 When the chase is over, the first phase of the fight begins again. This time there are fewer barrels so you have also to shoot directly at the enemy. You can also use the machine gun located on one of the vehicles and explosives hidden in crates. After several hard hits the beast should finally flee. 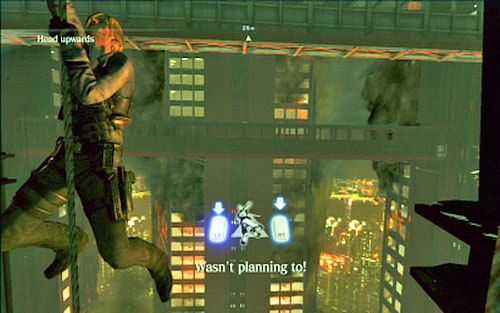 Once the animation is over, you'll end on the rope hanging from the building. Perform on-screen actions until you reach the place, from which you'll have to cover previously met woman. 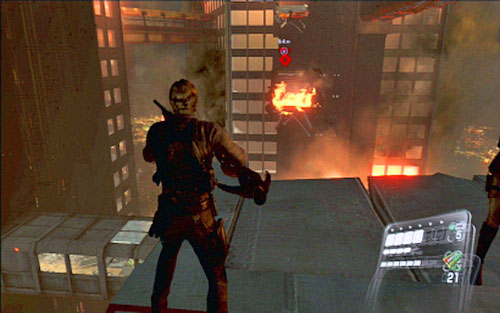 Keep shooting at Simmons and when you run out of ammo wait for some weaker enemies. You can find more ammo next to their bodies. 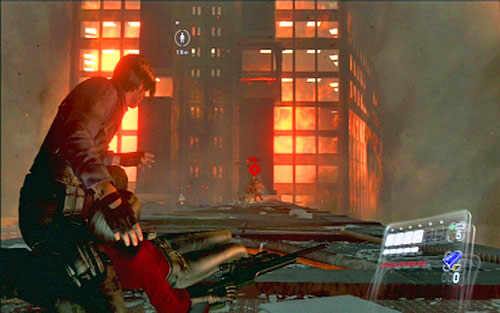 In the next phase of climbing try to make as few mistakes as possible and prepare to quickly press A and X when the enemy is very close. Moments later, together with Ada Wong, you'll fight the monster. At the same time Helena will cover you from the top. 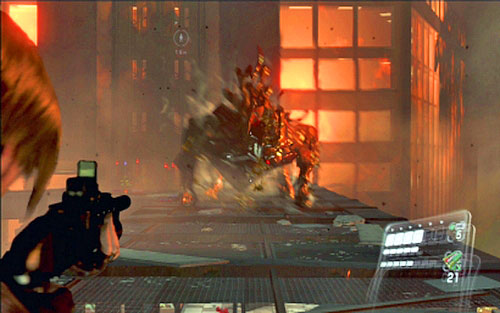 At the very beginning shoot at Simmons several times and wait until you regain control over your hero. 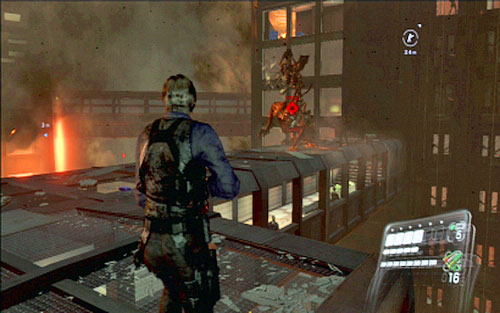 In this phase you have to keep shooting at enemy, while picking up ammo and avoiding deadly attacks. The creature mostly performs three types of attacks: sting hits to the front and to the sides, shooting with bone shards and charge. In order to avoid first of them, try to keep the distance from him. A sting range is quite short. Two others won't hit you if you run to the sides right before they are performed. The best area to avoid these attacks is a small platform in the middle of the sidewalk. 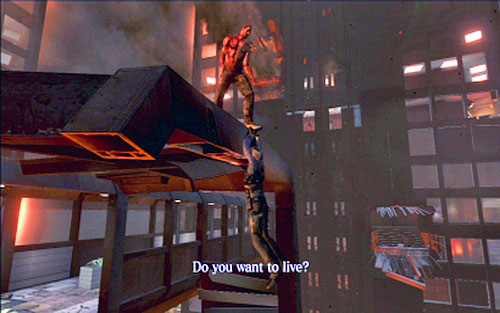 Shoot at the beast until the fight is stopped and another animation begins. After that prepare for the next phase of the battle. 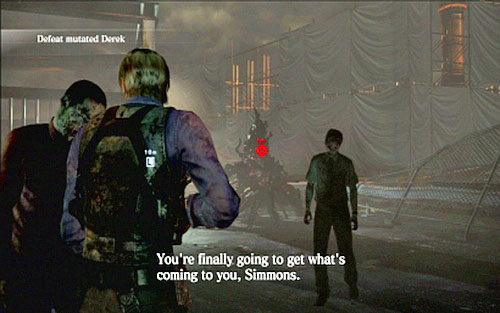 At the beginning get rid of as many of weaker enemies as you can, trying to avoid Simmons' sting. He always attacks to the front and with short delay so you shouldn't have problems with that. 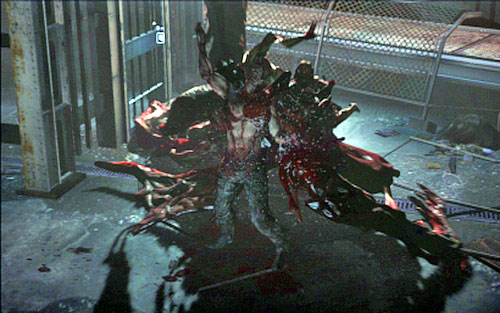 Once the area is clean more or less, start shooting at the main beast. After several pistol bursts the enemy will be eaten by his companions and you could run up the stairs. 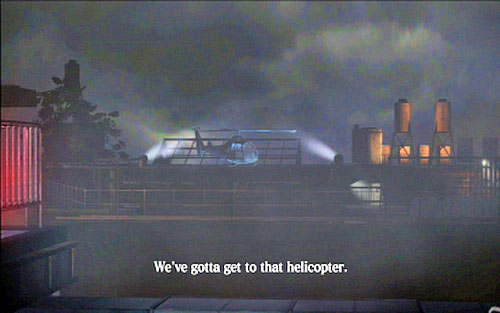 Keep heading to the indicated helicopter, picking up ammo hidden in crates along your way. 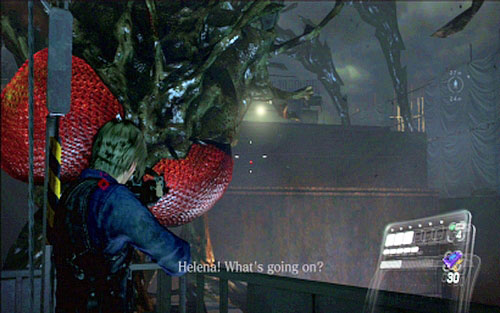 Once you and Helena get separated, focus on shooting at eyes of the large fly and destroying its projectiles. Your companion in the meantime will have to start the mechanism which moves the platform. 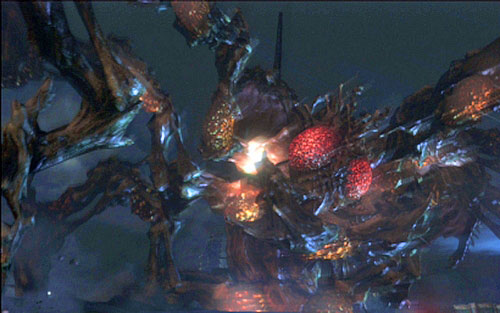 When you both get together, run towards the helicopter. When you get close, prepare for one more fight with Simmons. 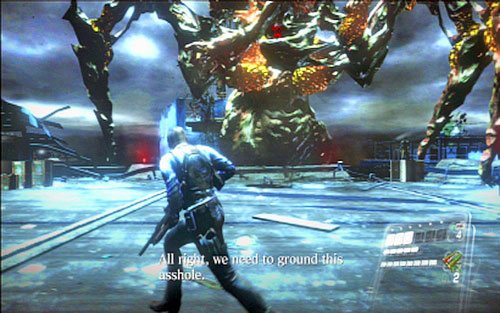 At the very beginning keep shooting at orange glands on creature's body, waiting until enemy pulls a zombie pierced with electrical spike. 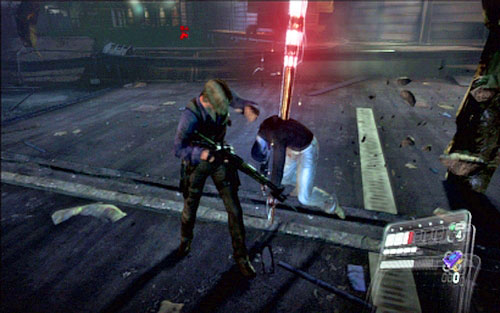 The spike will thrust into the enemy and stun it for several seconds. This is a moment in which you have to destroy as many yellow insets on its body as you can. After destroying 2-3 of them, quickly run towards the electric spike and use it to kill another zombie. Moments later the beast explodes again. 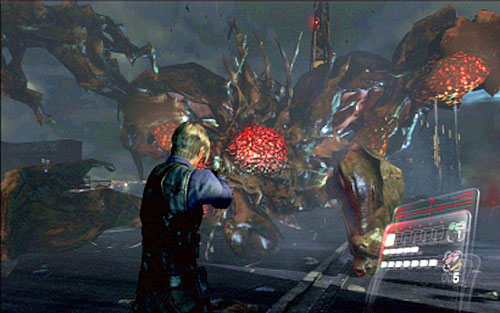 You have to repeat these actions until the creature starts spitting a strange substance and then falls down while exposing its eyes. Quickly thrust the spike in the nearest enemy and destroy one of creature's red eyeballs. When the beast thrust a spike in the eyeball, this phase of the fight will be over. Do not be discouraged if you fail on the first try. If the creature heals itself, replenish ammo and try again. Enemies walking around are perfect sources for all items you need. 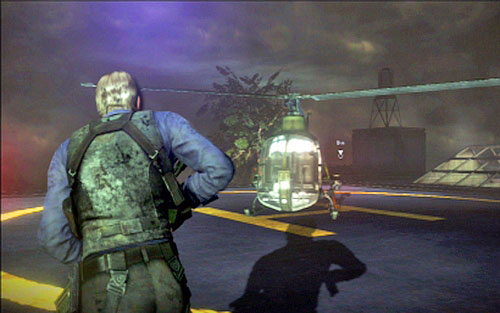 After last explosion run straight ahead to the helicopter. 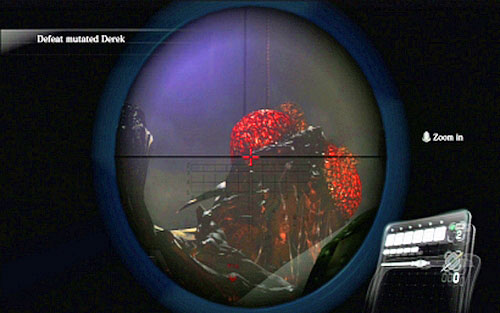 Next to it press B and then pick up RPG and shoot the beast eye. You'll get rid of Simmons once and for all. Go into a helicopter and the campaign is over.