This page of the guide to Resident Evil Village provides tips on combat and sneaking. You will learn how to eliminate enemies effectively, how to avoid taking damage, what to do if you get hurt, and how to sneak past monsters or run away from them. 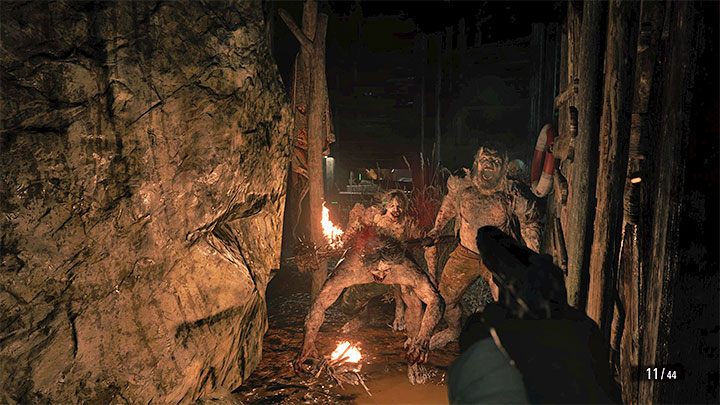 In Resident Evil Village , you should always aim to fight at a distance, using firearms and different varieties of grenades and rounds. The only weapon which works better at close range is the shotgun, because then it is more accurate and deals the most damage.

Close combat comes with the risk of taking heavy damage. You can also be caught and bitten by a monster. It doesn't help that Ethan's knife is a very weak weapon and doesn't work well even for attacking knocked down or stunned enemies. After completing the game for the first time, you will be able to purchase a better knife, but it won't be a significant upgrade. 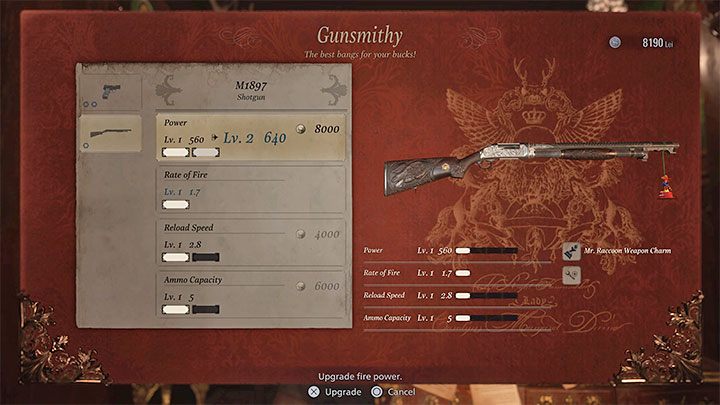 We have compiled all available guns in a separate section - Weapons. Your aim should be to keep unlocking new weapons as you go - this includes both upgraded versions (e.g. better shotgun), and brand new weapons. Specifically, make sure that you obtain the grenade launcher and Magnum. These are two great weapons that you can miss quite easily.

Try to customize your weapons to the situation and e.g. switch to a sniper rifle when attacking very distant enemies, or to Magnum during boss fights. Weapons can and should be upgraded throughout the game. You can upgrade their stats at Duke's (prioritize the Firepower parameter) and install modifications/parts that can e.g. improve the weapon's rate of fire or increase its ammo capacity. Upgrading your weapons will make it easier for you to fight in later locations, where you will encounter more powerful enemies and bosses.

Ammo and other items used in combat 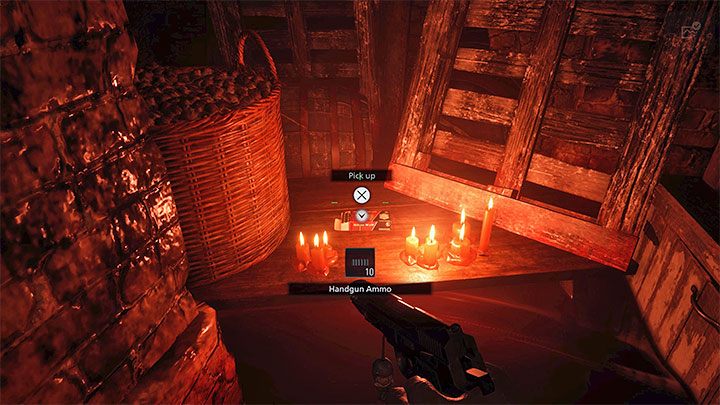 Each type of weapon in RE8 (pistol, shotgun, sniper, etc.) has its own type of ammo and you will often find yourself short of it during the gameplay. The main reason for it is that the enemies you encounter are largely immune to attacks and you have to use a lot of standard ammo to defeat them. Look around for more ammo that can be found either in plain sight or dropped by enemies. You can also craft ammo, although this only applies to certain weapons and may require you to get the recipe first. Buying ammo at Duke's is not worth it, because the price per 1 bullet is very high.

Aside from ammunition, search for other items that may be useful in combat. All gadgets are helpful, but we think mines (plant in narrow corridors and pathways) and explosive grenade launcher rounds (these can deal a lot of damage to single enemies or groups of monsters) are especially good. It's worth setting some of these items aside and using them during the toughest boss fights. 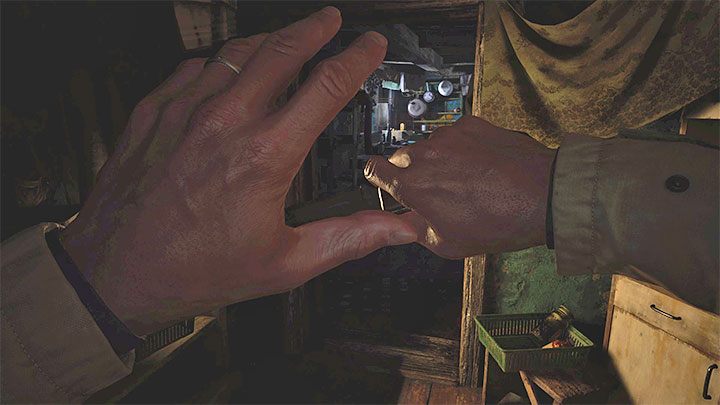 An element of combat that can be easily underestimated is Guard. It has two main uses - you can block enemy attacks, or counter them. This second option is more risky because it requires you to press (not hold!) the guard button at the perfect moment, but if you succeed, you'll be able to counter the attack. It is worth noting that the Guard can be used to prevent the monsters from catching the protagonist, and to stop some of the stronger attacks, such as Lady Dimitrescu's swings.

If you can't use your guard or don't want to risk it, then you can try to avoid direct contact with enemies. There's no dodge button in the game, but you can make a quick 180-turn (tilt the left analog down and press Circle/B - very helpful to start an escape) and sprint without limit (Ethan has no separate stamina bar). Specifically, remember to move away from those enemies that are preparing to charge. 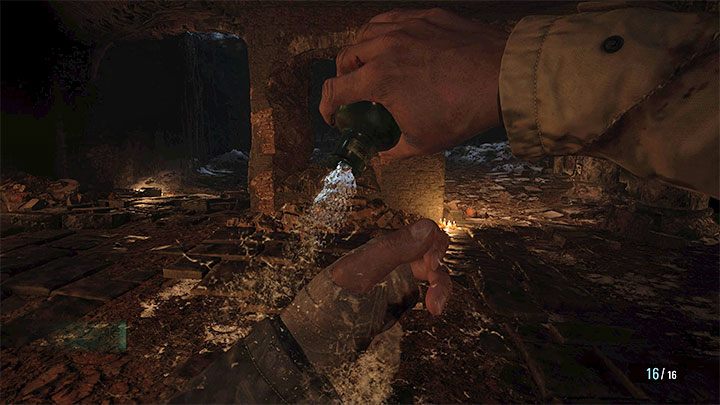 In Resident Evil Village lost health points don't regenerate automatically. The exception is when you are on the verge of death. If you move away from the enemies and wait for a moment, some of your health points can be restores so that the next standard attack doesn't kill you instantly.

Try to always have at least one First Aid Med on hand, because you never know when you will need it. Even a seemingly simple fight can lead to receiving unforeseen major injuries. Make sure you have more meds prepared for boss fights. You can find more meds in the game world or craft them yourself (the crafting ingredients are quite common). 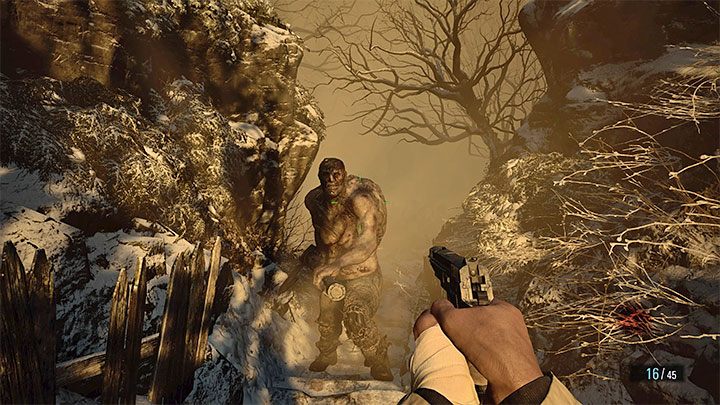 As you progress through the game, you have to remember about the stronger types of enemies in addition to the "standard" ones. These can be divided into three main groups: 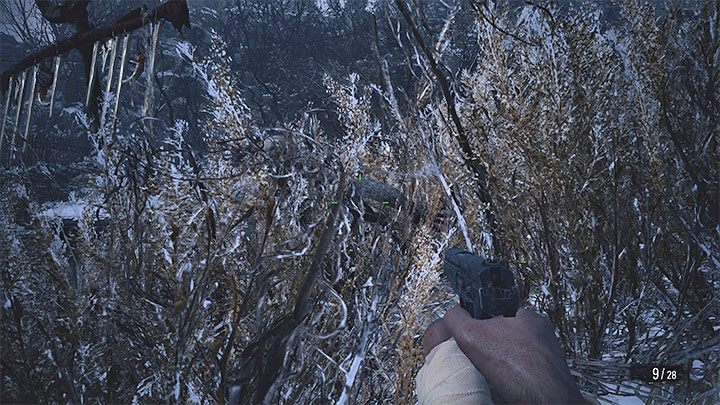 Sneaking in RE8 is unfortunately very limited. There are only a few locations in the game where this option is viable. An example would be the field near Louisa's house in the village, where you can use the tall grass to sneak past the lycans. In most locations, enemies will notice Ethan immediately and attack him.

Escaping, however, is very much possible. It's an especially good option if you don't want to waste ammo on fights that can be avoided. Running can also be useful to "trick" some enemies - you can hide from larger monsters (e.g. Varcolac werewolves) in huts and other small locations, or escape the enemies to get out of their range (this method works especially well with Soldats).