On this page of the trophy guide for Resident Evil Village , you will find a description of unlocking the Universe's Best Dad achievement. This is a gold trophy awarded for completing the story mode on the highest difficulty level called Village of Shadows.

Village of Shadows difficulty level - how to unlock it? 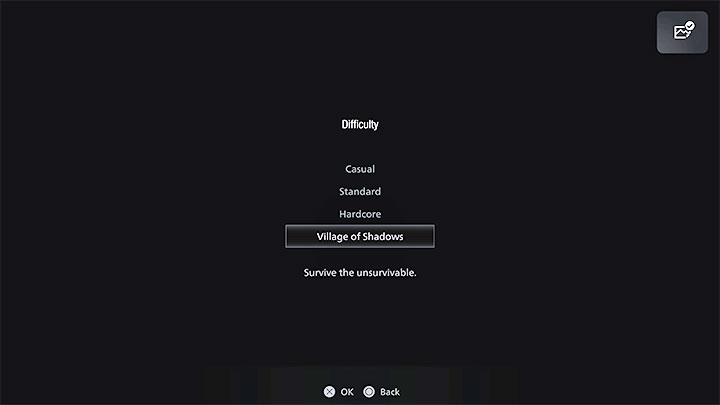 If you own the standard version of the game, the highest difficulty level Village of Shadows is only unlocked after you complete the campaign for the first time. If you own the Deluxe version and the Trauma Pack that comes with it, this level is available right from the start.

We definitely don't recommend that you focus on getting this trophy when you play the game for the first time, because you'll have huge problems defeating even common enemies, restocking your ammo supply and keeping your protagonist alive. You should get to know the game very well and prepare yourself well by unlocking better weapons and unlimited ammo for them (more on that in the next subsection). 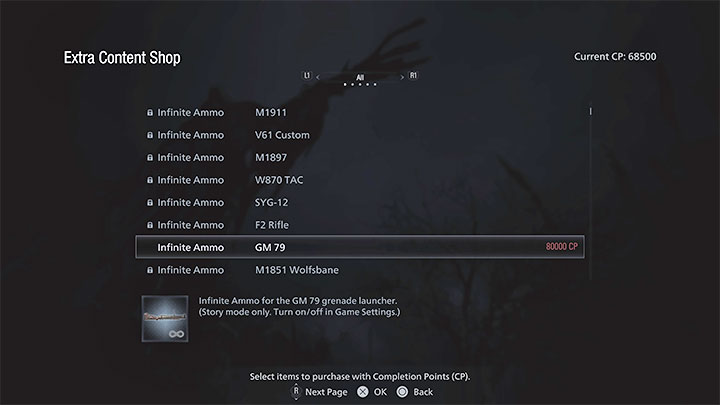 Using weapons with unlimited ammo will help you pass the game on the highest difficulty - it works through cheats which you can buy for CP (Completion Points) awarded for completing the game's built-in Challenges.

After you beat the campaign for the first time, the game will give you access to the Extra Content Shop, which you can find in the main menu. There are various items you can purchase, including new weapon models. However, your main focus should be on items from the Infinite Ammo category. They allow you to buy the ability to use unlimited ammo. Unfortunately, this only applies to fully upgraded weapons, i.e. those with all stats upgrades purchased and all modifications installed. Try to keep this in mind and upgrade your selected weapons throughout the game.

In the example in the provided picture, guaranteed unlimited ammo to the GM 79 grenade launcher costs 80000 CP. You can, of course, start with weaker weapons, but it's best to unlock the challenges needed to earn CP when you repeat the campaign on the lowest difficulty level. 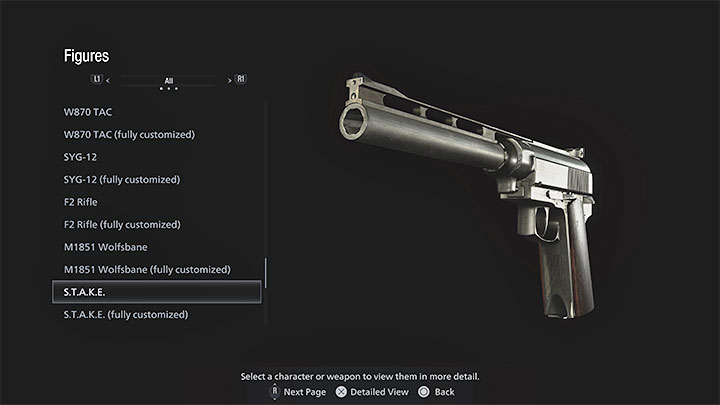 The best weapon in the game is the S.T.A.K.E. Magnum. It is not available during the first plauthrough of the game. Starting from the second playthrough (regardless of the chosen difficulty), you can buy it from Duke when you get to one of his stores (e.g. the one in front of Dimitrescu Castle).

Try to upgrade the STAKE Magnum fully (all stats upgrades and modifications) - this requires you to spend over 2 million credits in total, so you'll have to spend a lot of time re-playing the game and saving Lei. This will allow you to eventually purchase unlimited ammo for Magnum with CP points. 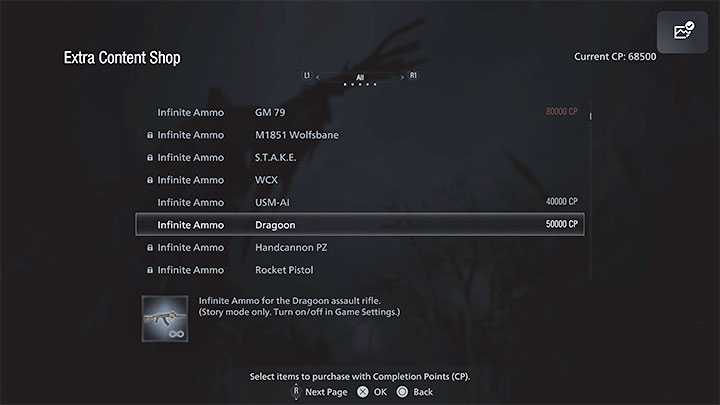 While preparing to play the game on the highest difficulty level, you can't forget about Chris's section from the end of the adventure (the burning village), as you can't use Ethan's weapons then.

Buy the unlimited ammo for the Dragoon rifle, which is the best weapon that Chris has. You can do this right away (no rifle upgrade required), but you must spend 50000 CP.

Beating the game on the Village of shadows difficulty level - tips

Only after purchasing unlimited ammo for the S.T.A.K.E. Magnum and the Dragoon rifle (and optionally the GM79 grenade launcher), should you try to complete the campaign on the Village of Shadows difficulty level.

Here are a number of additional tips for how to survive on the highest difficulty level: