This page of the Resident Evil Village guide contains a walkthrough for getting out of the basement of the House Beneviento. Our walkthrough describes all the puzzles found in the basement - with the large woman doll, the music box, the projector and the medallions. You'll also learn how to restore power in the basement and how to escape a mutant fetus.

Getting out of a room with a doll woman 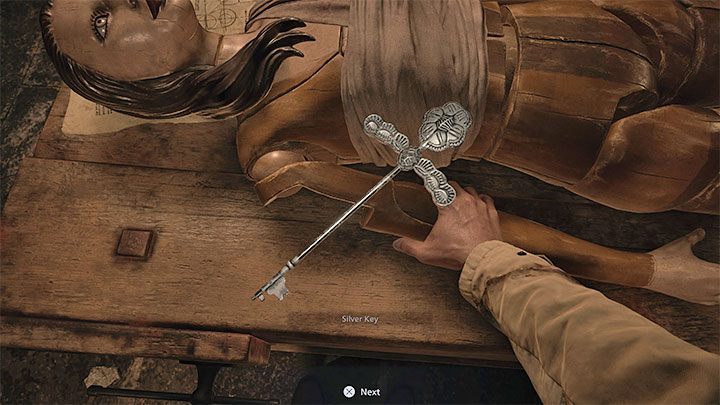 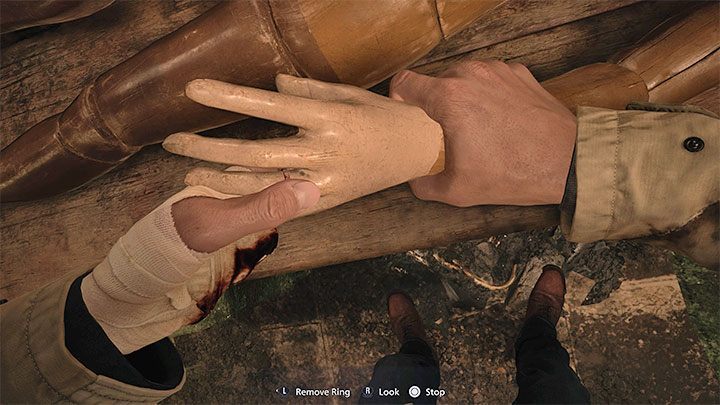 Upon reaching the basement of House Beneviento , Ethan will be surprised by Donna Beneviento and temporarily prevented from using inventory items (including weapons). You will have to make an effort to get out of the basement, which involves solving a whole series of puzzles.

Take interest in the doll woman in the first room, which is supposed to resemble Mia in appearance. There are quite a few interactive places to explore on the large doll's body, not all of which need to be examined right away, as you won't have all the items necessary to interact with the doll. Start by examining: 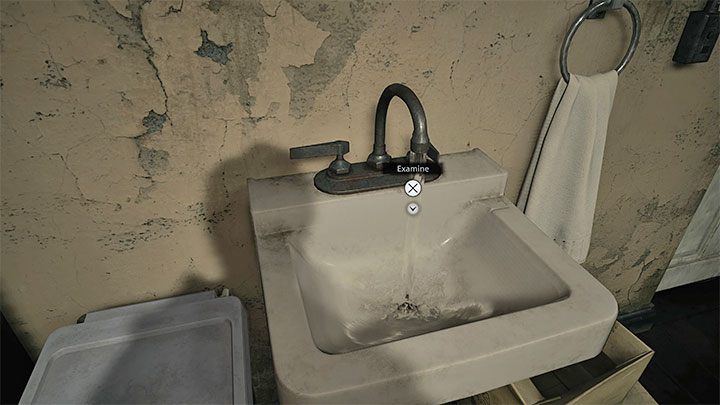 Now head to the door of the adjacent Medicine Room (the one separated by a large number of windows). Ethan can use the Silver Key to open the door.

Once you're in the next room, go to the Sink and use the ring taken from the doll on it. The blood on the ring will be cleaned off. 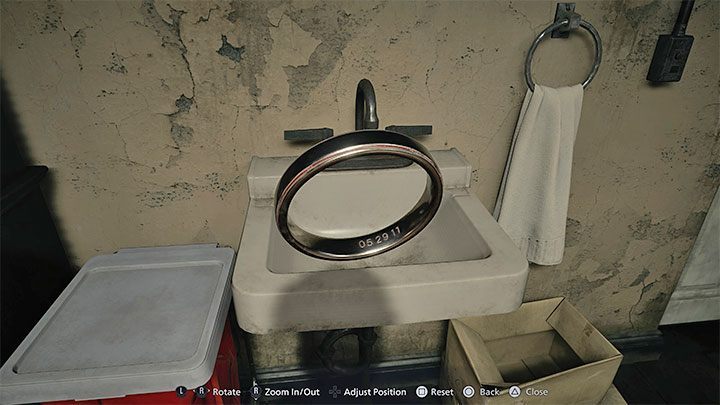 Select the ring from the inventory to Examine it. You will find an engraving of the combination 052911. 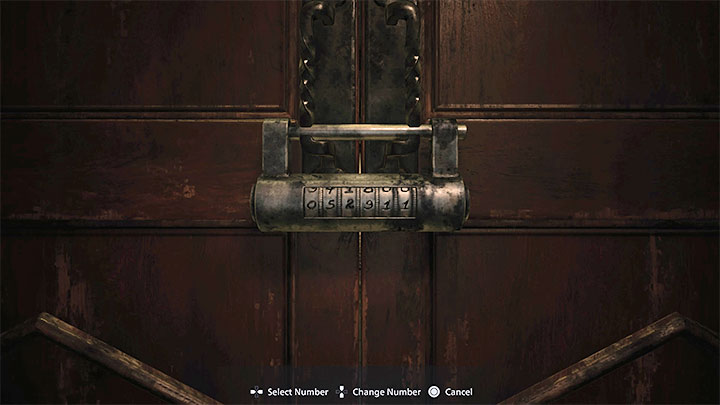 Return to the room with the large doll and use code 052911 on the lock. This will allow Ethan to return to the other rooms in the basement.

Solving the music box puzzle and getting the tweezers 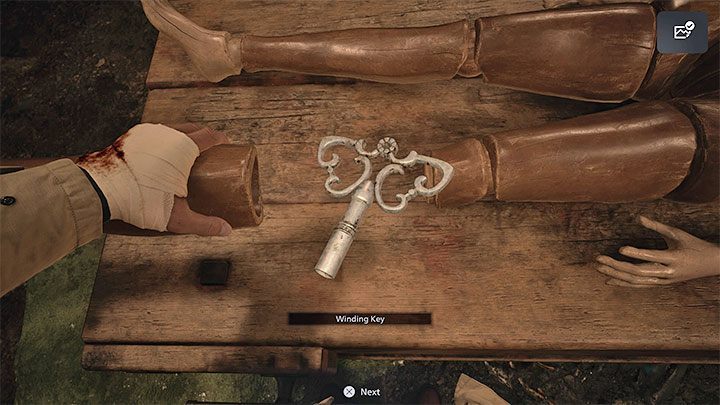 Stay where you dismantled the padlock on the door. You must examine the left leg of the doll woman. After unscrewing it, Ethan will acquire the Winding Key. 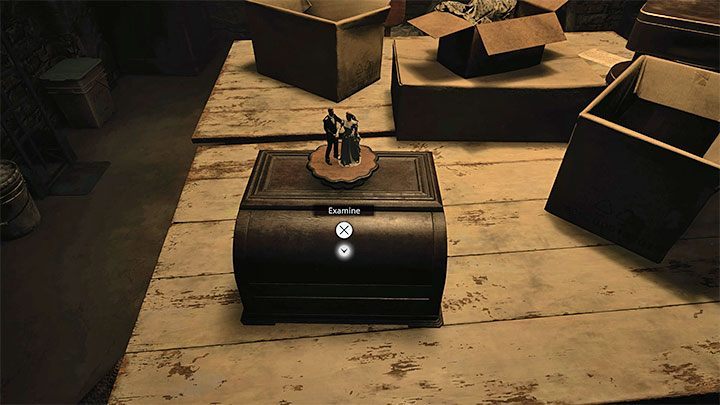 By unlocking the exit in the Doll Woman room, you can move on to the Storage Room. There, you will find the music box shown in the picture above. Use the Winding Key on it to start the actual puzzle. 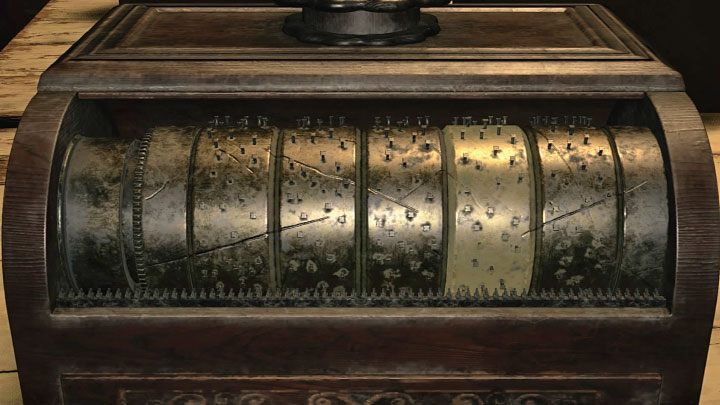 The goal of this puzzle is to play the correct melody. You can do this by manipulating the cylinders to form a pattern.

The correct solution to the puzzle is presented in the image above. If you make a mistake, the music box will jam at some point and you can easily do the puzzle again. The reward for having the music box play the entire melody are Tweezers. 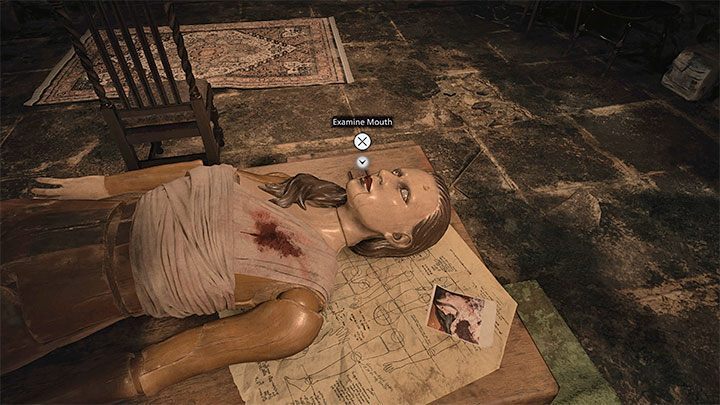 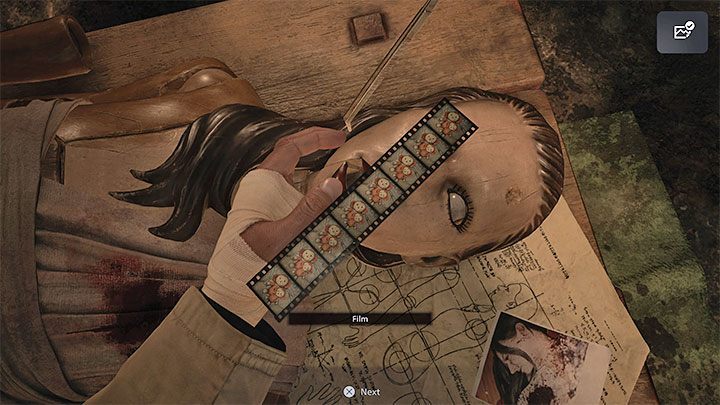 After getting the tweezers by solving the music box puzzle, return to the room with the doll woman. You must examine her mouth. Use the Tweezers on it to extract the Film. 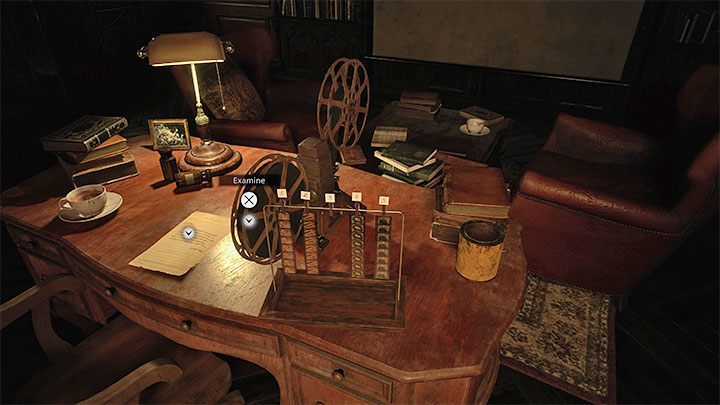 You must now go to the Study with the Film Projector that you passed earlier. Start by using the film on the projector. 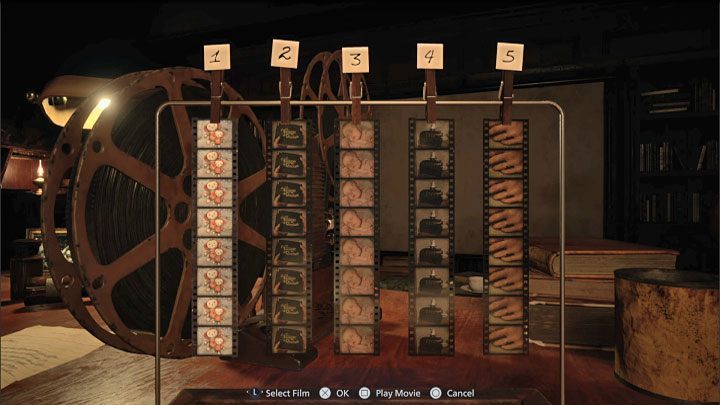 2) A book of fairy tales

Press the button to start playing the video. If you make a mistake, the video will pause and you will have to correct the film order. If you have selected the film correctly, the film will play all the way to the end. 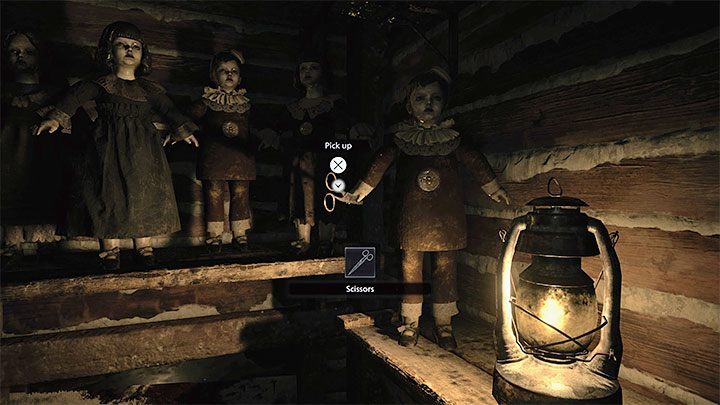 When you solve this puzzle, a passage in the Study will unlock. It will lead you to the dolls, of which one holds the Scissors that you can pick up. 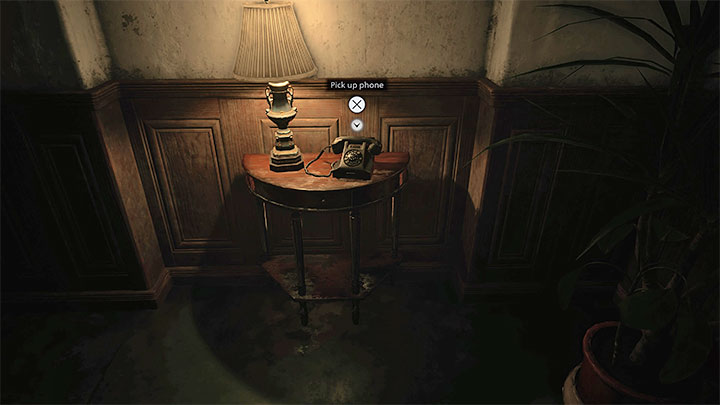 You can immediately use the Scissors to cut the bandages that block your way further.

When you return to the hallway, the phone will ring and you may choose to pick up the phone twice.

Getting the medallion and solving the door riddle - Sealed Door 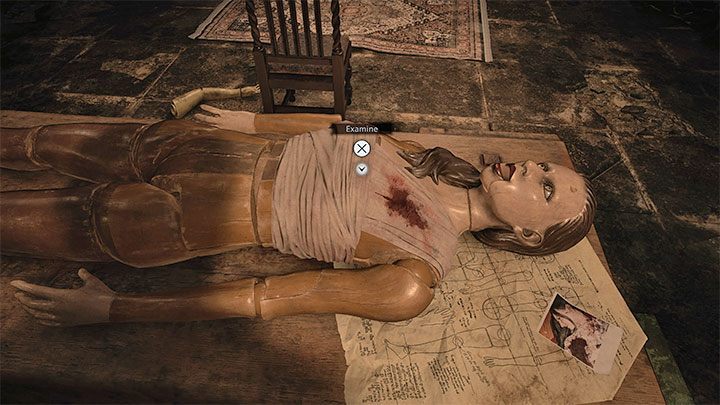 Once again, return to the room with the large doll woman. Interact with the doll's chest and use scissors on it to cut the bandages. This will expose a cache. Investigate it and the protagonist will get the Brass Medallion. 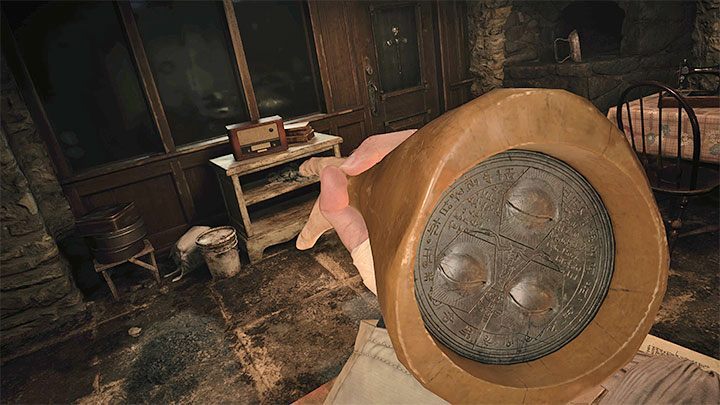 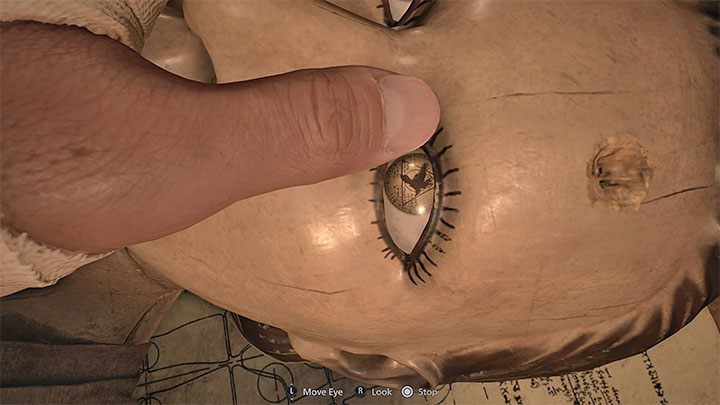 Keep examining the doll. There are two places to investigate: 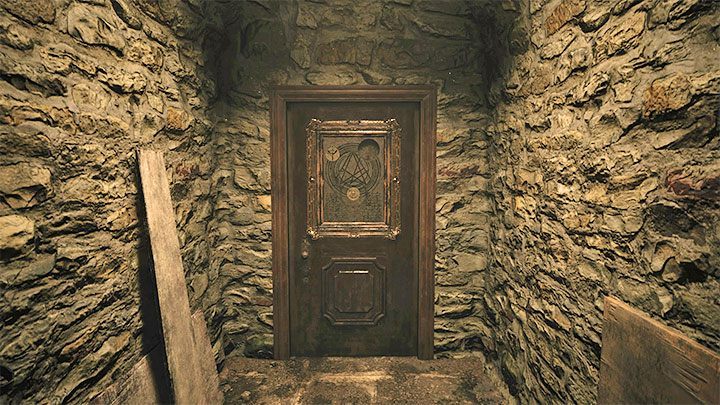 You can now reach the Sealed Door, which is located at the end of the hallway leading from the location of Mia's doll. 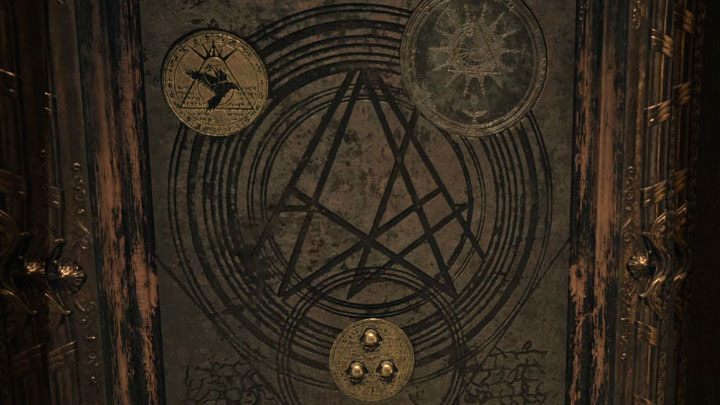 In order to solve the puzzle you have to:

The solution to the puzzle is shown in the picture above.

Getting the key to the fuse box - Breaker Box Key 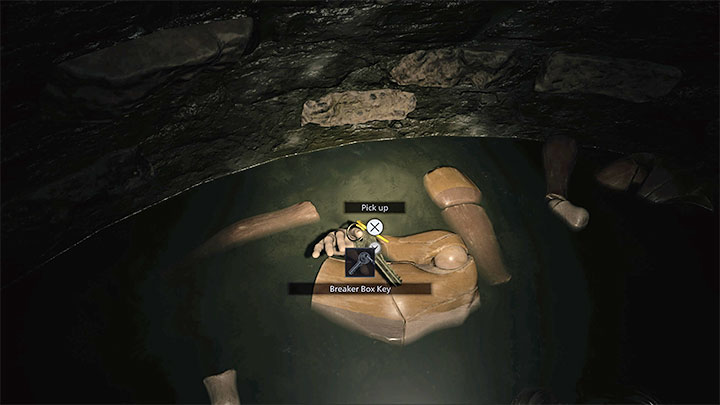 By opening the Sealed Door, you will be able to reach the Old Well and use the ladder.

At the very bottom of the well, you will find the Breaker Box Key. You can go back upstairs and return to the room with the doll woman. 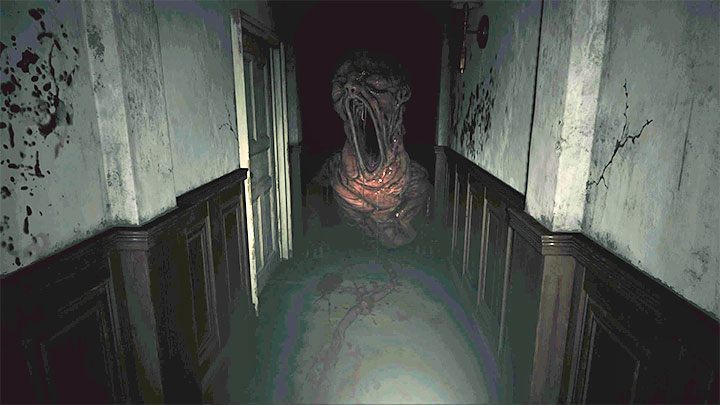 When you return to the room with the Mia's doll, the only thing you'll see is gonna be an empty, bloodstained table. You need to head to the Breaker Box, which, as a reminder, is located next to the elevator - the easiest way to find it is by following the blood trail.

A mutant fetus will prevent you from reaching the box and you will be forced to run away. It's worth making quick 180 degree turns here (by tilting the left analog stick down and pressing the Circle/B button on the pad). 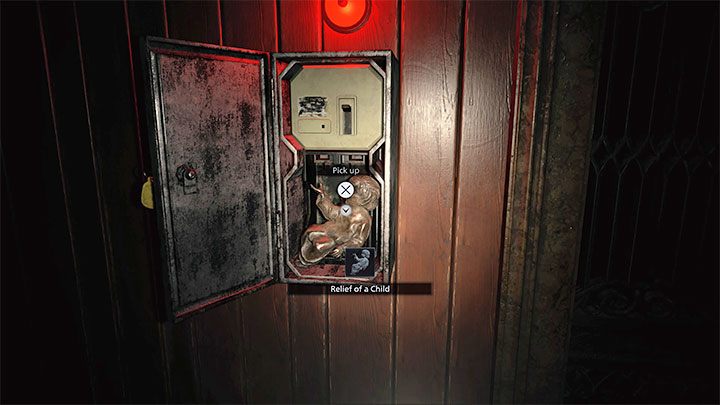 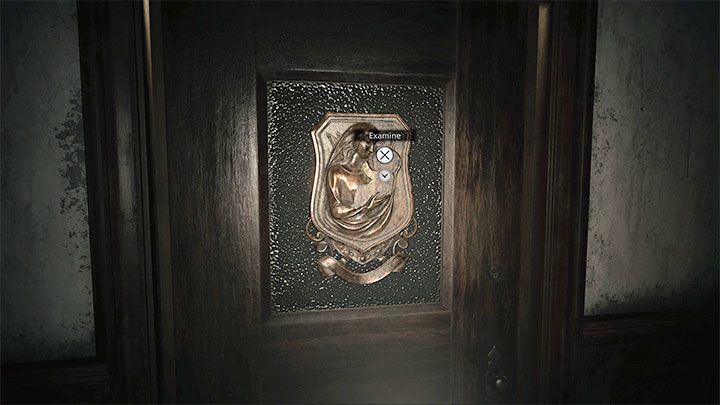 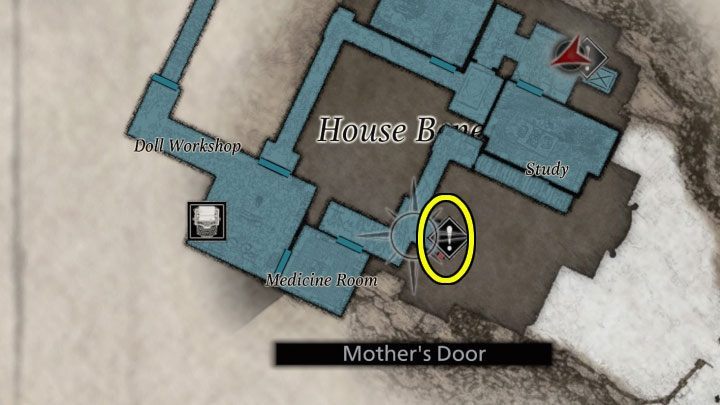 You must now reach the Mother's Door pictured in the above images, which is adjacent to the room with the sink. It's very likely that you will encounter the mutant fetus again on your way there. It will force you to retreat and take an alternative path.

Use the Relief of a Child statuette on the door to unlock a new passageway. 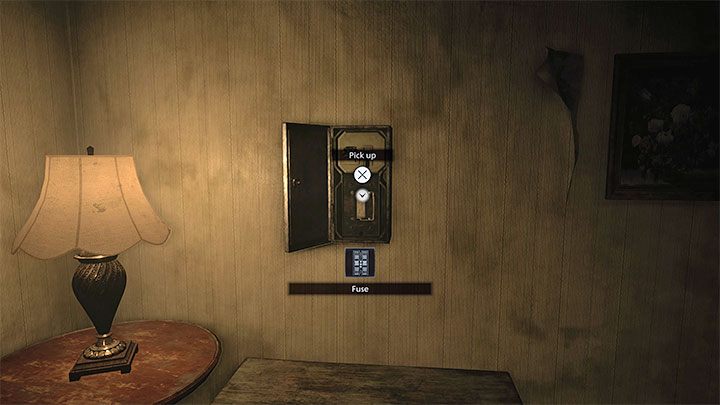 You can proceed to explore a whole new part of the basement. A linear path will lead you to the Bedroom, where you will find a box on the wall. Take the Fuse from it. 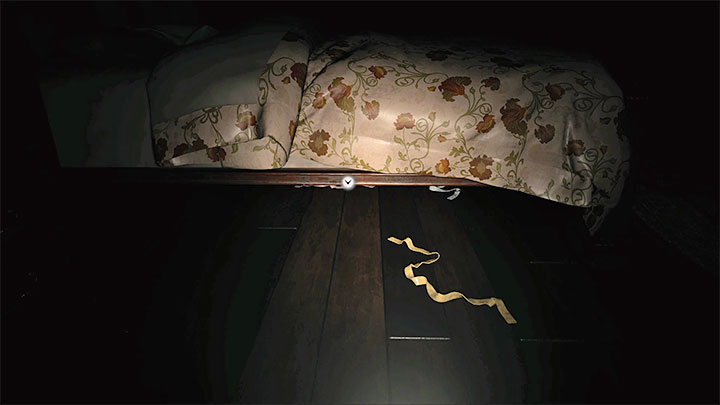 Set out to return, but expect the mutant fetus to suddenly appear soon after you go through the kitchen. You will have to start another escape preceded by a 180 degree turn.

Return to the bedroom and hide under the bed. Additionally, make sure that the entire character is hidden under the bed, that is, right in the middle of the space underneath it. Lie hidden in wait for the mutant fetus to arrive and until it shuffles to the side of the bed farther away from the door. 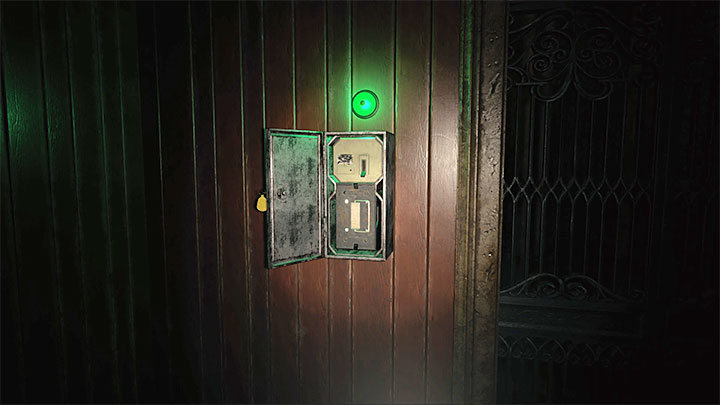 Quickly crawl out from under the opposite side of the bed and begin your escape. Your goal, of course, is to reach the Breaker Box in order to place the fuse in it. 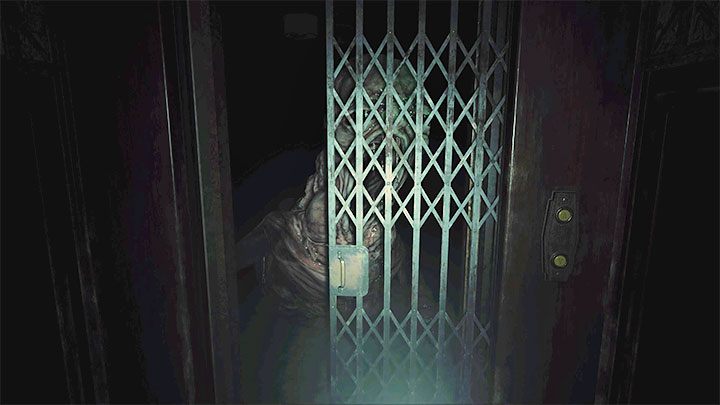 Note - It's easy to die at this point. After placing the fuse, stand with your back facing the elevator doors. Wait for it to arrive and don't react to the fetus when it appears.

Once the elevator doors open, quickly retreat (tilt the left analog stick down) and press the button to start the elevator. You should have enough time to close the door before the monster manages to approach the elevator and devour Ethan. Ethan will escape from the basement and return to the first floor of House Beneviento.