This page of the Resident Evil Village guide contains a walkthrough of an unusual confrontation with Donna Beneviento and the Angie doll she controls. You'll find out where to find Angie and how to get Donna Beneviento murdered. We also inform what Ethan can expect on his way back from House Beneviento to the village. 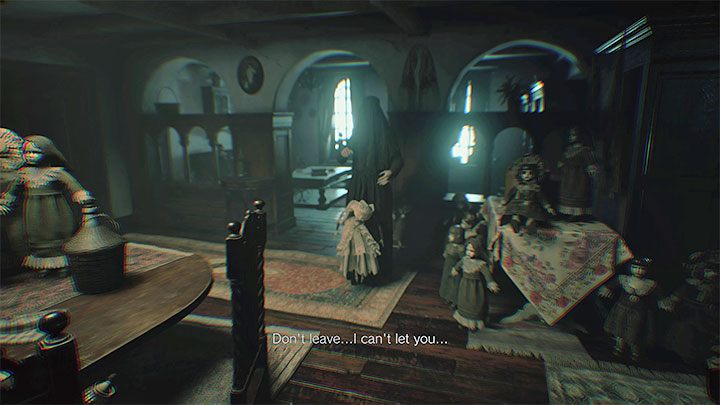 When you leave the basement and return to the main level of House Beneviento, you will encounter Donna Beneviento and the Angie doll she controls. An unusual boss fight will begin. Ethan has no equipment. However, you can win the fight without using any firearms.

This fight has a unique premise - you must find and catch the Angie doll (the one dressed as a bride) 3 times. The only danger is the other dolls, who may attack Ethan if you spend too much time searching for Donna Beneviento or looking in the wrong place. 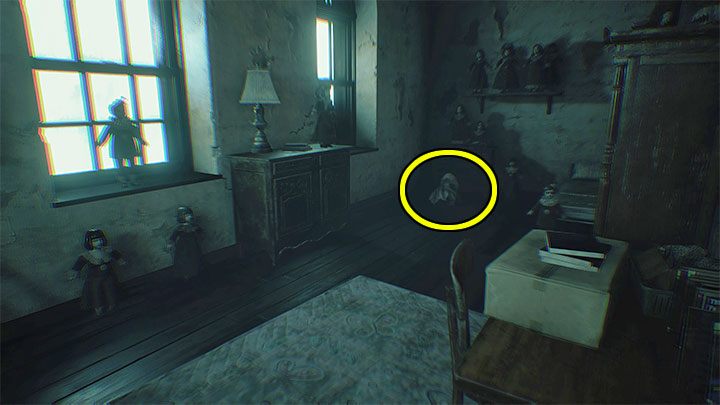 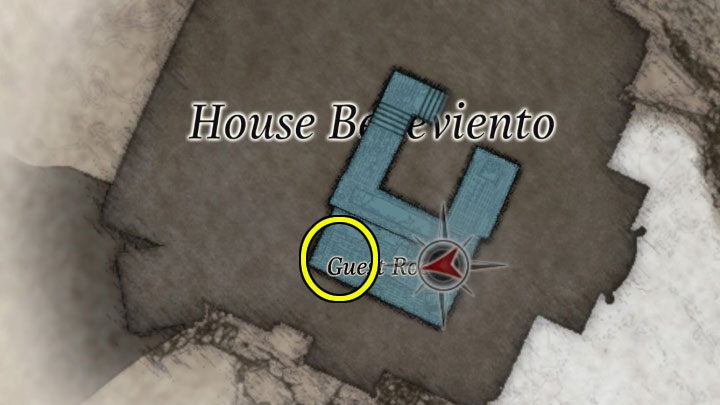 The boss's first hideout is the Guest Room on the first floor. The stairs to the first floor are located in the foyer. Interact with the doll to trigger a cut-scene. 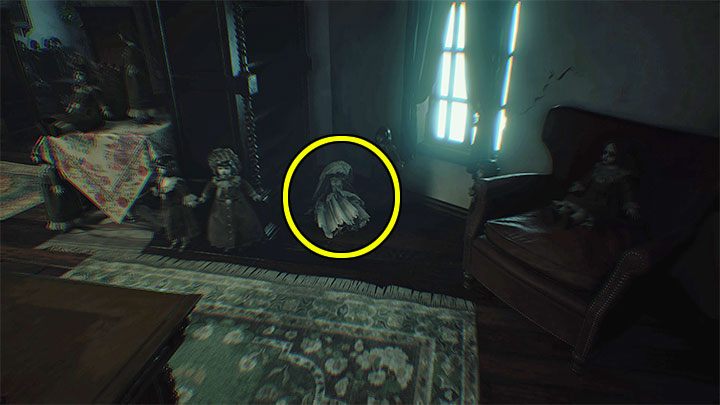 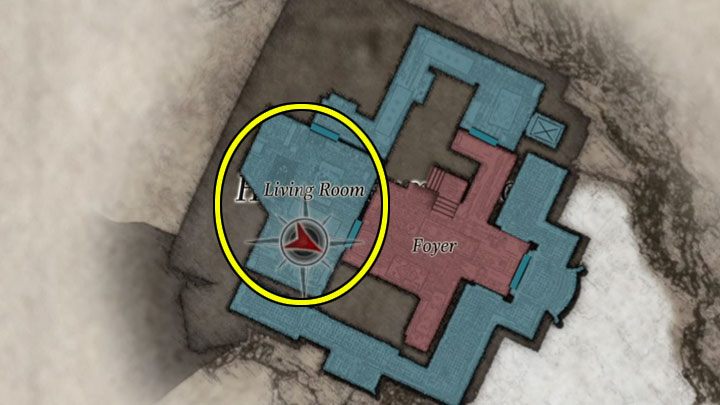 The boss's second hideout is the Living Room located near the stairs. Watch another cut-scene. 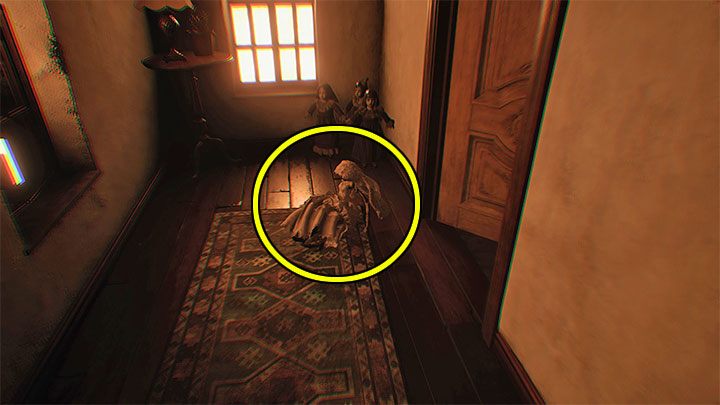 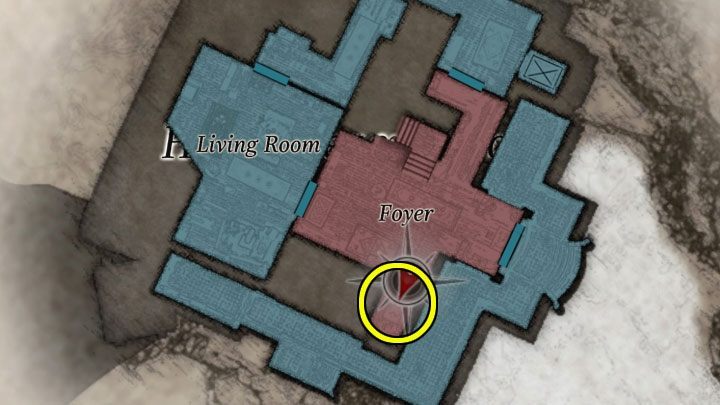 The boss's third hideout is the hallway next to the Foyer.

Find the doll for the third time to defeat the boss - Donna will die along with the doll she controlled. 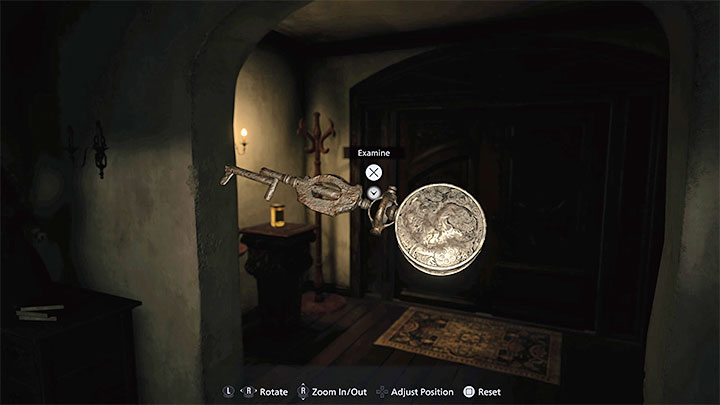 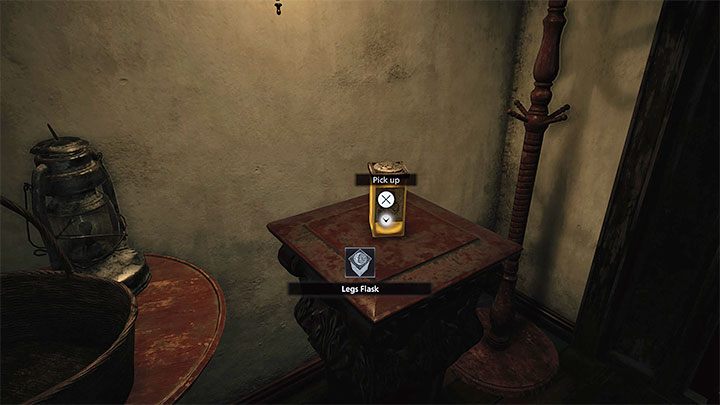 View the newly found items to construct the Four-Winged Unborn Key. Besides, near the boss arena you can find the Legs Flask, a key item. This means that you have found 2 out of 4 Rose fragments.

Before you leave the House Beneviento location, take the Angie doll, which is classified as a very valuable treasure (to be sold to the Duke for 28,000 credits).

Returning to the village 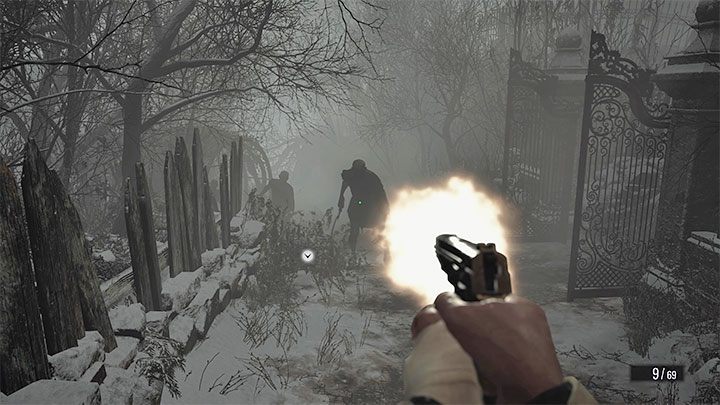 Again, you must use the elevator and begin your journey along the mountain path. Once you reach the Garden you will notice that the main path has been blocked and you will have to take a side path along a single hut.

Expect a large group of common monsters here. You can try to avoid them due to how slow they move or you can fight them. 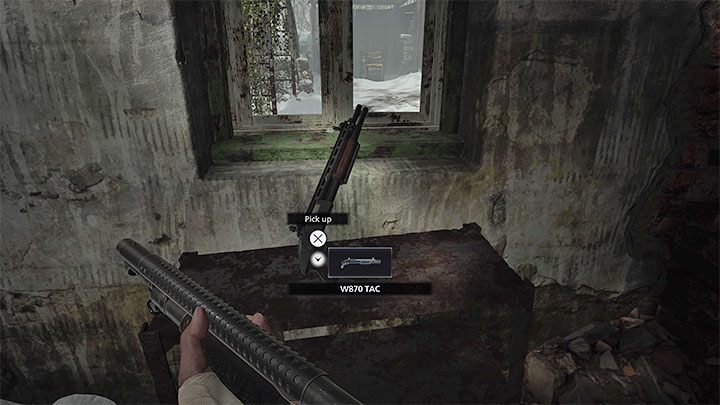 You should definitely take a look inside the hut since the W870 TAC shotgun was left inside. It has better base stats than the shotgun you acquired at the beginning of the game - it deals more damage and has a marginally better rate of fire and reload time. You can, of course, upgrade this shotgun further at the Duke's and find/buy upgrades for it.

Optionally, you can explore the house on the hill on the opposite side of the garden. You'll find Luthier's Key there, which is needed to investigate the locked hut with the golden chest in the village. There is also one of the labyrinth puzzles (you'll find the ball for it near the hut with the shotgun). 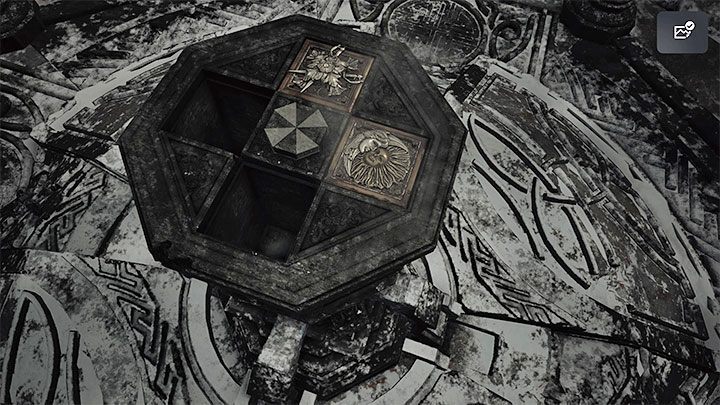 After returning to the main part of the village, consider talking to Duke to sell the items you have collected so far. Duke will also offer new goods, including a blueprint for explosive grenade launcher rounds (you'll find the grenade launcher itself quite soon).

You can interact with the Altar and place here the Legs Flask you acquired in House Beneviento. There are still 2 such items to be found.