On this page of the Resident Evil Village game guide, you will find a walkthrough of the final boss fight against Miranda . The following guide explains how to prepare for the final boss fight, what forms does Miranda take and what types of attacks does she use, how to effectively weaken Miranda and how to defeat the final boss of RE8.

Preparing for the fight and reaching its location 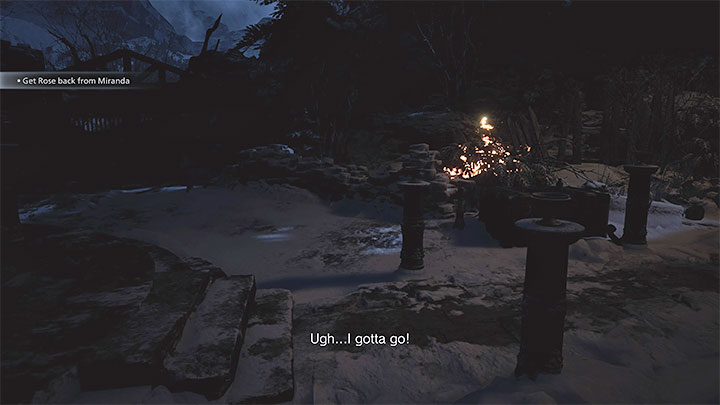 The confrontation with Miranda occurs during the game's finale, after the section in which you control Chris and return to playing as Ethan. Upon returning to the Altar pictured in the image above, do the following: 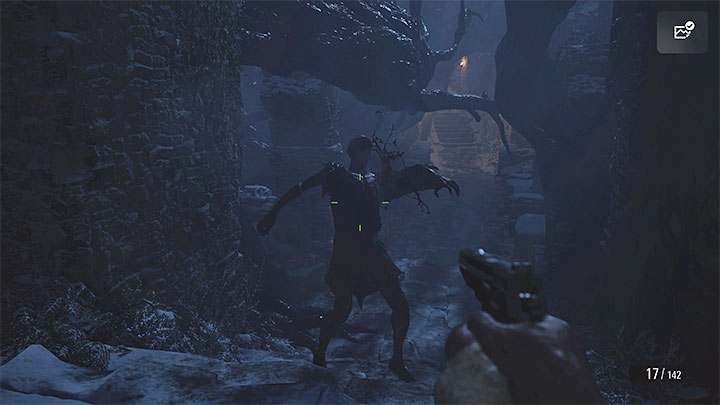 You must follow the linear path to reach Miranda's location. Ethan will encounter several monsters along the way. You can run away from them or use a pistol to kill them, so that you don't waste the ammunition of better weapons. 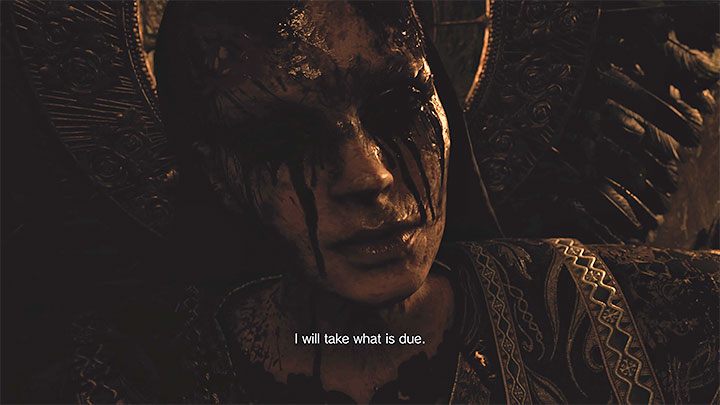 You will reach an area where you have to squeeze between the branches and there will be a checkpoint here as well. When you enter the "arena", you will see a cutscene of your encounter with Miranda and once it's over, the final battle will begin.

The game's final boss - how to defeat her? 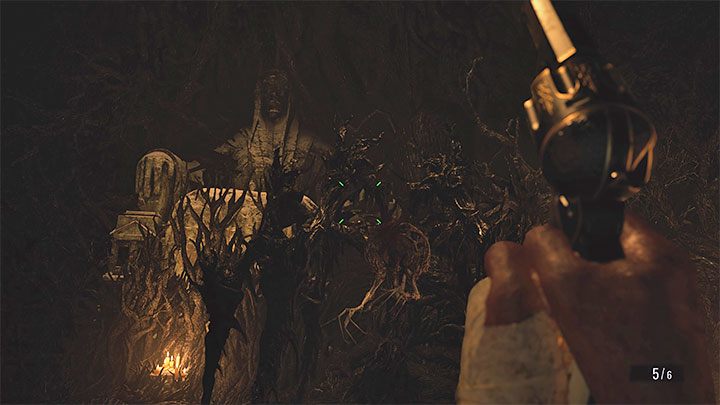 To attack Miranda, use your best weapons first. Here is the suggested order of their use:

Regardless of the weapon used, it is best to aim for Miranda's chest area. Trying to shoot her in the head can result in frequent misses and thus waste valuable ammunition. 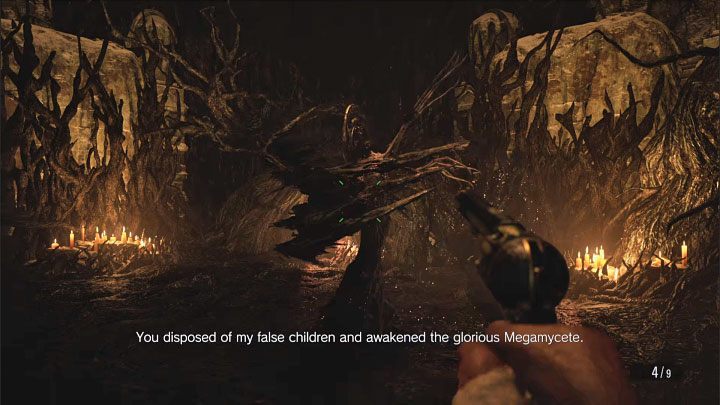 The unique aspect of this fight is that Miranda can take different forms and in each of them, she will behave a little differently and have different attacks.

Miranda starts in its default form, which is unofficially nicknamed the tree form. It has the ability to launch an attack in a straight line and, consequently, you should run around the arena a lot when you're not attacking the boss. 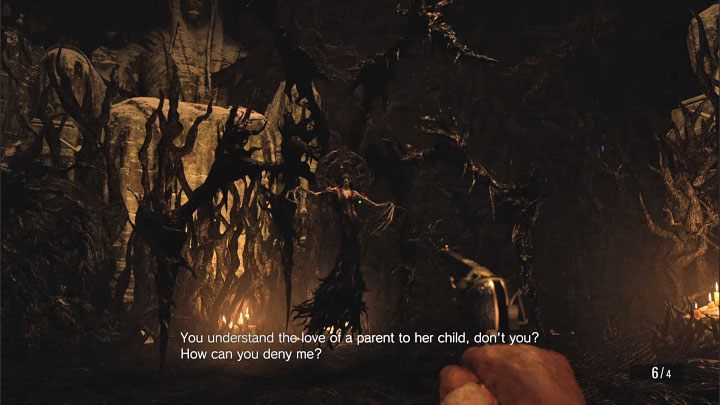 The other main shape Miranda can take is the spider form. In this form, she may attempt to attack Ethan using her legs. These attacks are dangerous, because it's difficult to tell where the next leg will appear.

The recommended strategy is to attack Miranda from a long distance (e.g. by using a sniper rifle) and to start running away when you notice her heading towards the main character. 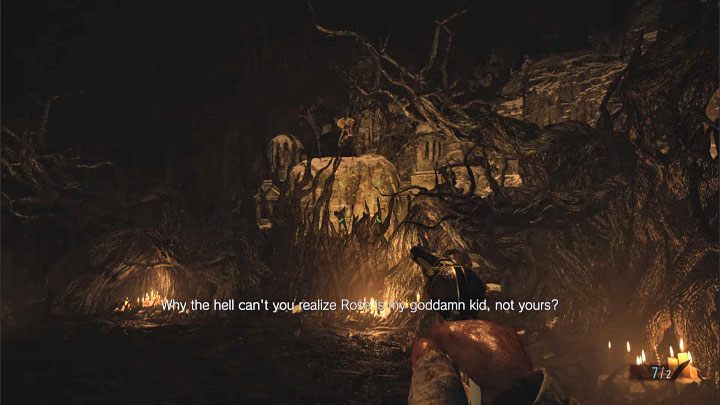 Miranda, while in spider form, can also reach a high ledge in the arena and then make a long jump from it, resulting in a powerful ground slam. This move is very similar to the attack used by the Urias trolls. Start sprinting as soon as you notice Miranda preparing to pounce. 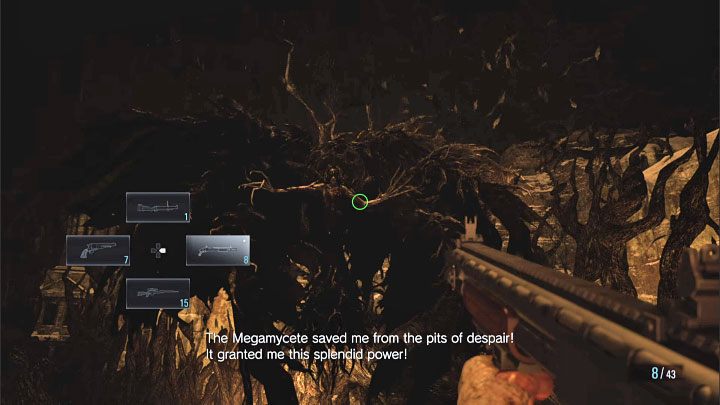 Miranda's next form is that of an angel, in which she is able to levitate and fly a short distance above the arena.

Miranda, after taking the form of an angel, can perform especially dangerous charge attacks. Once again, running around the edges of the arena after firing a few shots at the boss is a good option. 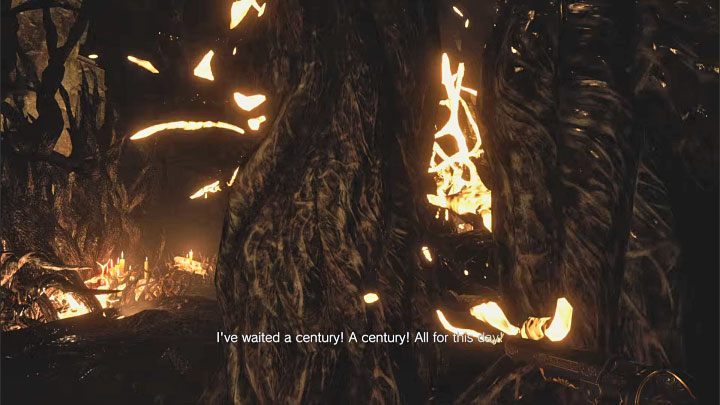 Miranda is also able to bombard the arena with projectiles. If there is no cover in the arena, you just have to run a lot. If there is cover, you may attempt to temporarily hide behind it. However, keep in mind that it will be destroyed rather quickly. 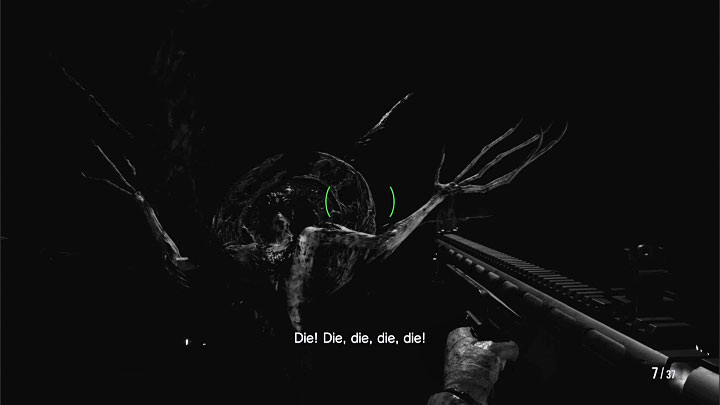 After you weaken the various forms of Miranda described above, you will be forced to fight in almost complete darkness. Once again, try to be on the move at all times. However, look out for Miranda in the darkness and try to retaliate when she attacks you or, as a last resort, right after she managed to hit you. Once you have managed to successfully protect yourself a few times, you will return to the normal arena, i.e. the darkness will disappear. 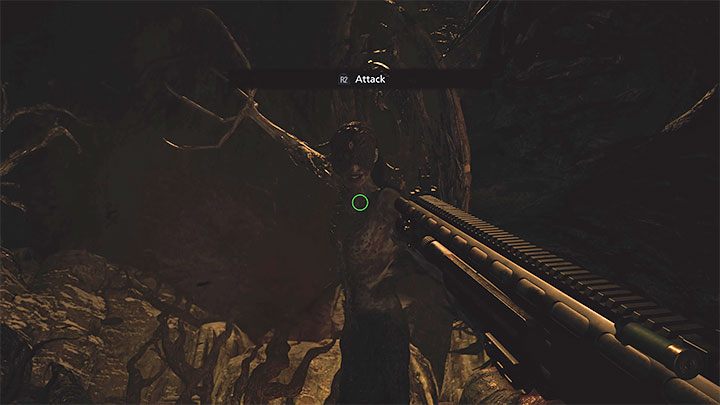 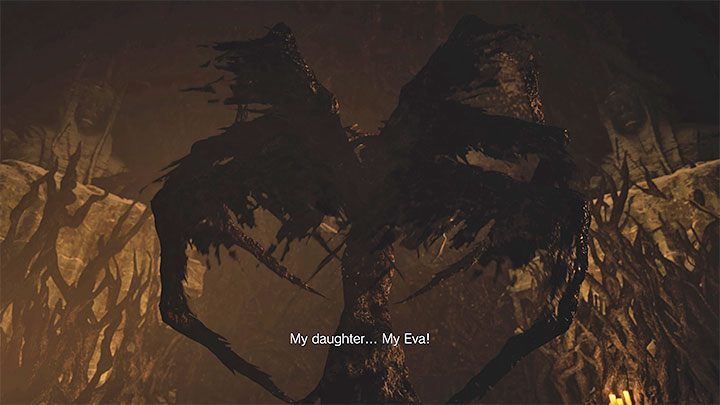 The remainder of the battle consists of repeating the stages described above. You must attack and defend against Miranda in her various forms, as well as face her in the dark at least once.

At the very end of the battle, Miranda will grab your character, but it's a simple sequence. Shoot straight at the boss to free yourself and to dispose of Miranda once and for all.