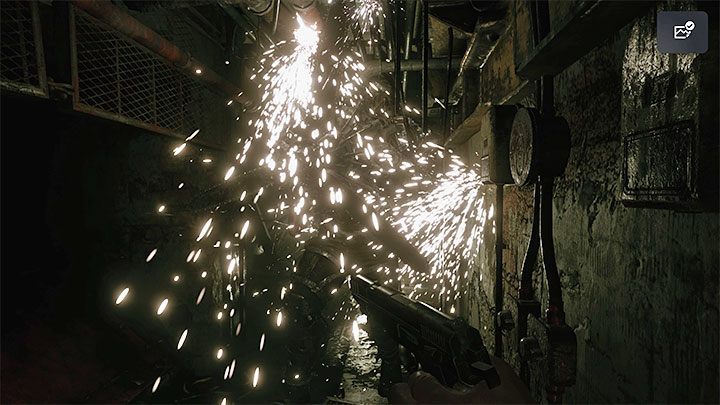 Prototype Sturm is a supersoldier with a large propeller mounted on his chest. You will encounter this opponent for the first time soon after you begin exploring the Heisenberg's Factory. Initially, however, the only solution will be to run away. 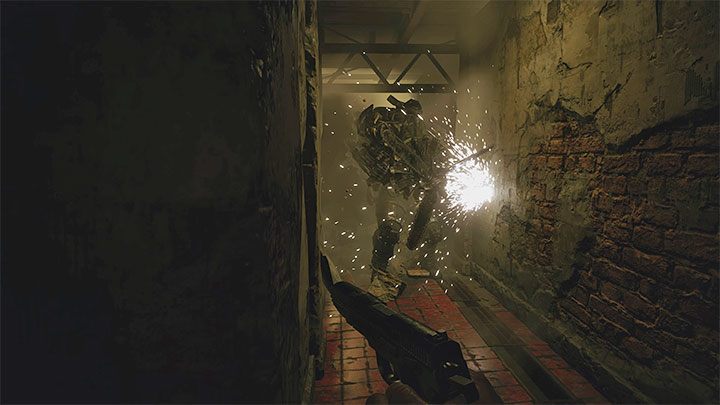 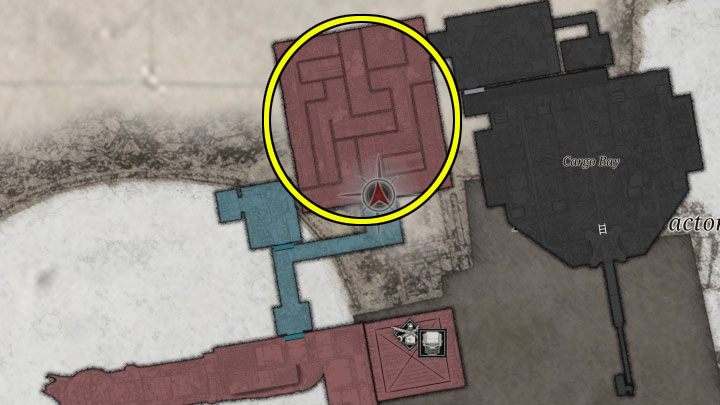 The actual boss fight will take place when you reach the room on level B1, marked on the picture. You will get there shortly after creating and using the Heisenberg's Key.

Before you enter the room where the boss fight occurs, explore one of the previous rooms. In it you will find supplies that will be useful in defeating Sturm and a note hinting at Sturm's weakness. 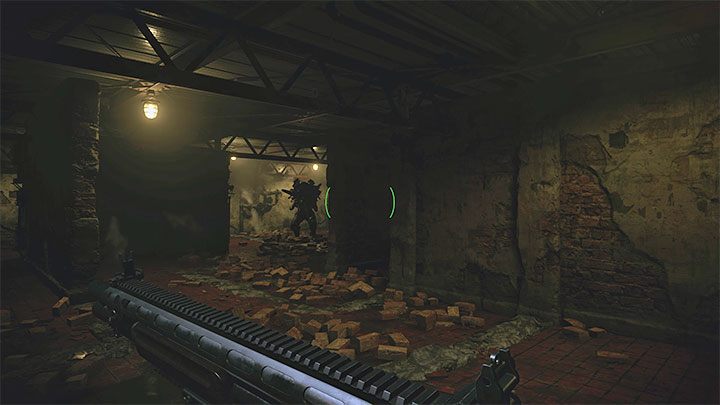 At first you may think that the battle location might cause problems due to its labyrinth-esque structure, but Prototype Sturm can knock down the walls with ease. This will happen each time he initiates a new charge attack. It's really important to note that the boss always runs in a straight line while charging and cannot deviate sideways. Take advantage of this and move sideways whenever the boss charges at you.

Your goal should be to get Prototype Sturm to knock down most of the walls in the large room where the fight is taking place. This will make it easier for you to avoid current and future supersoldier attacks. 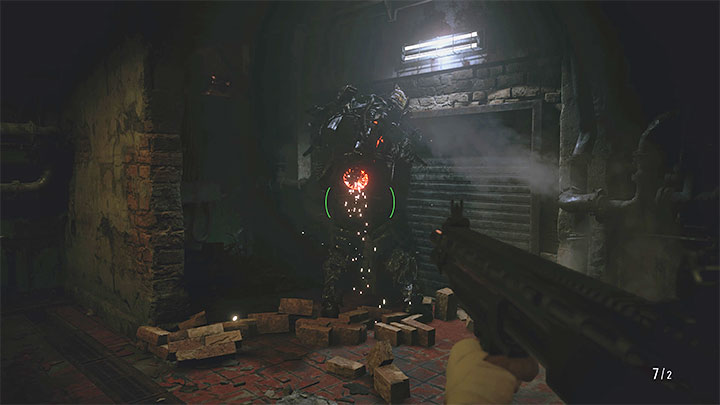 Don't try to attack the boss right away. Instead, after dodging sideways, always run after the boss to where he collided with the wall after charging. The aforementioned action will temporarily stun Prototype Sturm. You can take advantage of this and shoot at the red core on Sturm's back - it's the boss's weak spot. You should use the best weapons you have (magnum, grenade launcher, shotgun, etc.) to attack the core in order to deal as much damage as possible to the supersoldier before he returns to normal. 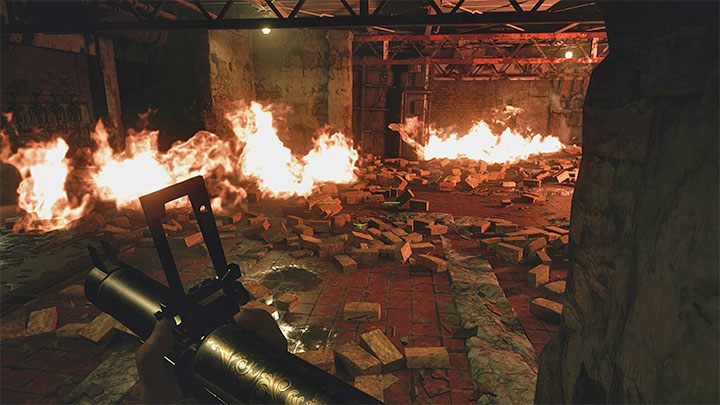 Once the boss takes more damage, flames will appear to signal severe overheating, which is counterintuitively bad news, as Prototype Sturm will gain new attacks.

His first new attack is to use a flamethrower. It is signaled quite clearly and you should quickly hide behind some wall or other form of cover. Unfortunately, the flames remain in the arena for a while and during subsequent boss fights, you must try to avoid coming into contact with them. 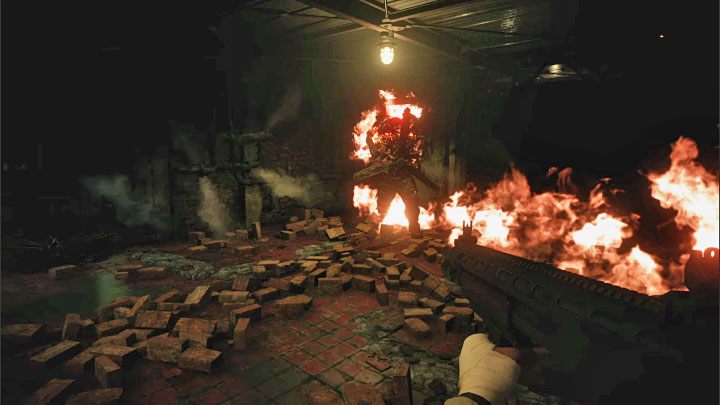 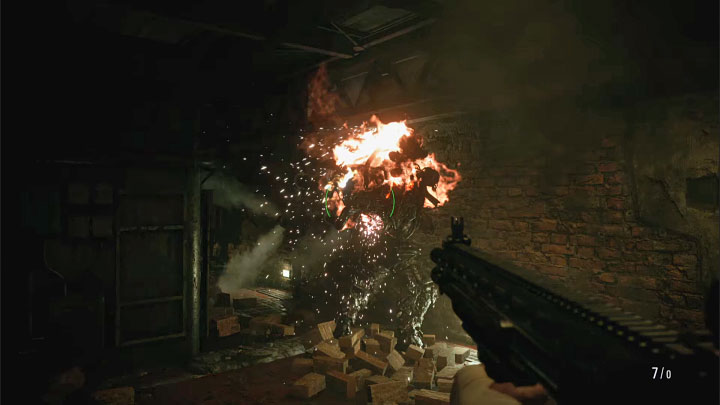 The second new boss attack is to quickly charge three times in a row. He will charge blindly twice, but the third charge will be aimed at Ethan and you will have to quickly jump aside as a result.

Just like during the first stage of the battle, be ready to quickly fire at the reactor on the back of the boss as soon as he finishes charging for the third time and collides with the wall. 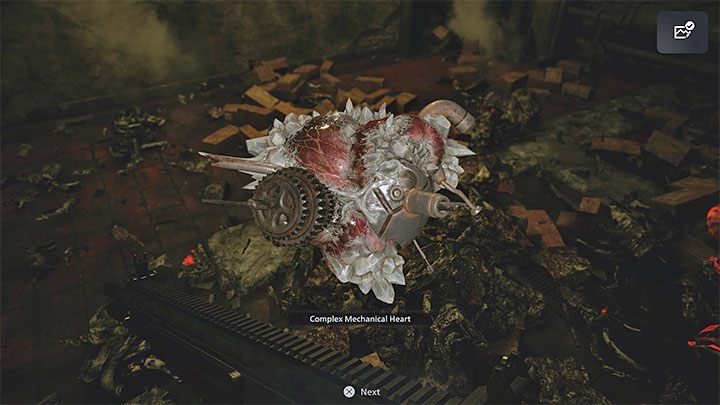 Keep repeating the steps described above - there's no need to rush. It's a good idea to be careful and slowly chip away at the boss's energy points.

Upon defeat, Prototype Sturm will drop the Complex Mechanical Heart treasure. This is a Very Valuable artifact that is worth selling to Duke - he will offer a surprisingly large amount of 45000 Lei for this item.