On this page of the Resident Evil Village guide, you will find a walkthrough of the second visit to the village, after escaping from Castle Dimitrescu. The walkthrough explains how to go through the caves adjacent to the castle, and how to reach the Altar.

Going through the cave 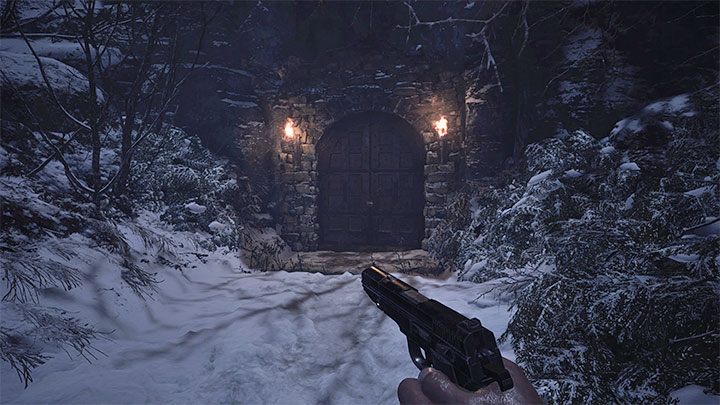 Ethan will return to the village after dealing with the mutated Lady Dimitrescu in the castle tower and obtaining the Dirty Flask. You can leave the tower and start exploring a new, previously inaccessible part of the world map.

Soon, you will arrive at a hut with a typewriter. The passage from the picture is near the hut. Destroy the padlock (you can use. for example. a gun or a knife) to unlock the entrance to the caves. 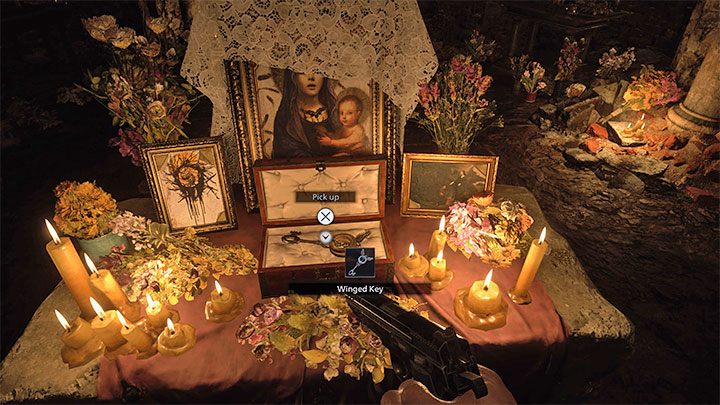 The cave has a very linear structure. It's a good idea to kill the fish from the small tank to start gathering ingredients for cooking - you will need them later to order food from Duke.

Ethan will reach a room with an old woman - she will tell him new things about Rose and the four lords. Examine the altar where the woman was standing to obtain the Winged Key. As you continue, you will be able to "upgrade" this key and gain access to more locations.

Traveling to the location with the altar 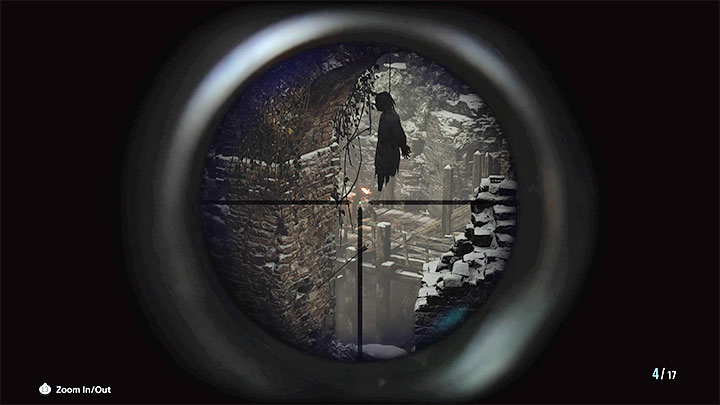 Keep moving until you reach the lever that unlocks the exit from the dungeon. You will enter the Ceremony Site - you will not be able to do anything here for the time being. Ethan goes back here in the final phase of the campaign.

New monsters will start appearing in the nearby ruins and on the Lone Road. The sniper rifle is very useful in defeating some creatures, but you can use other weapons as well. Ethan will pass the Drawbridge on the way - this is another (this time completely optional) passage that you will be able to unlock later in the game. 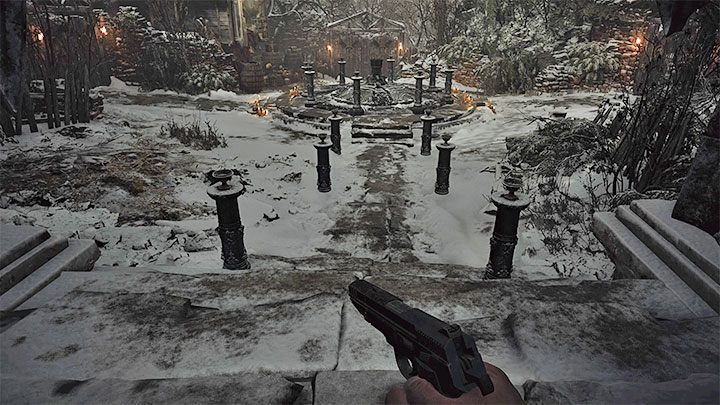 It's worth checking the small rooms you pass on the way - they have loot. Keep an eye out, though, because you may run into new monsters as well.

Open the large gate at the end of the path. The destination is the location with the Altar shown in the picture. 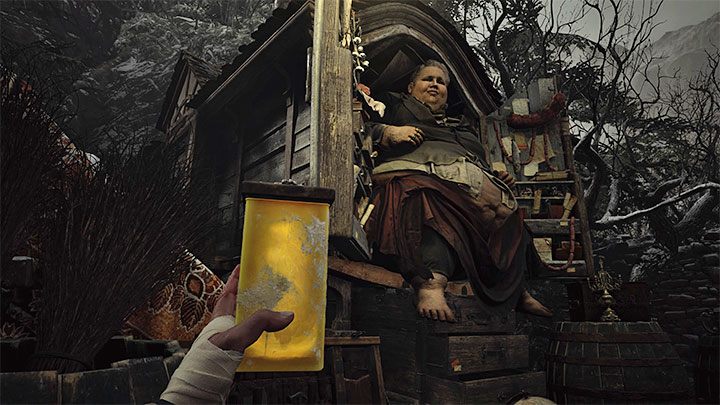 Duke, the trader, has set up next to the altar - watch a cut-scene. You will learn about the importance of the jar obtained in the castle and that you need to find a specific house in the village. You can immediately place the Head Flask on the altar. You learn that you need to deliver three other similar objects to the same location.

You can trade with Duke. He will have new items on offer - including a second suitcase that expands your inventory (30,000 Lei), as well as new recipes and weapon upgrades. Remember to sell Duke, e.g. a very valuable treasure you got for defeating Lady Dimitrescu.