This page of the Resident Evil Village guide compiles unique treasures that you can find starting from the second visit to the village, i.e. after returning from the Castle Dimitrescu. We inform what secrets can be found in the village and whether they have any additional features. 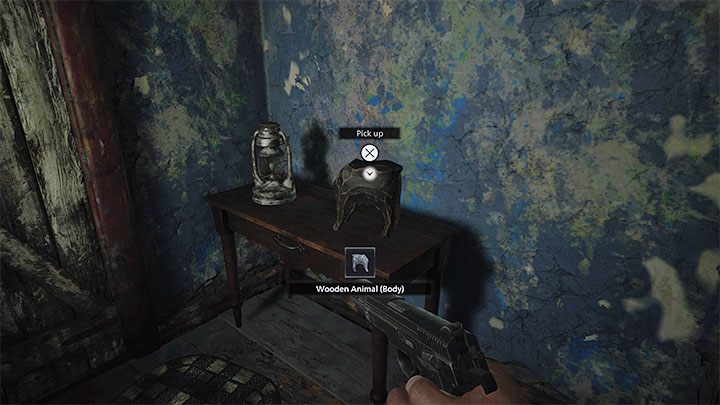 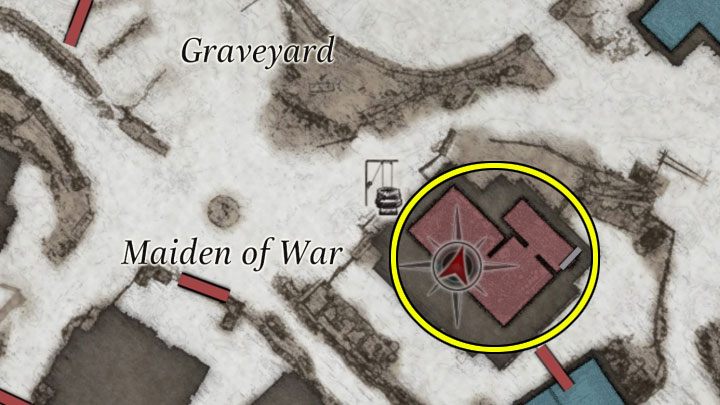 It's a Combinable object. The artifact is located inside the building adjacent to the Maiden of War square. Ethan was unable to examine its interior on his first visit to the village. 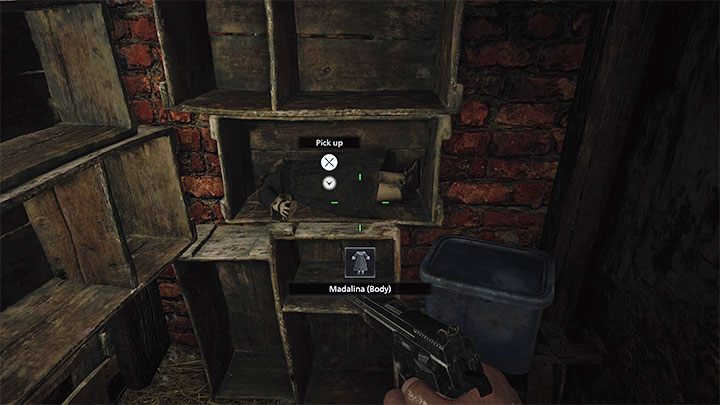 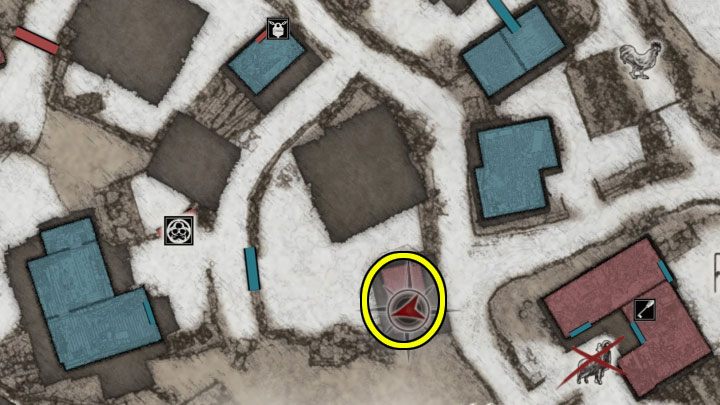 It's a Combinable object. The treasure is located in one of the village's small buildings. You can visit it for the first time shortly after using the jack on the tractor. 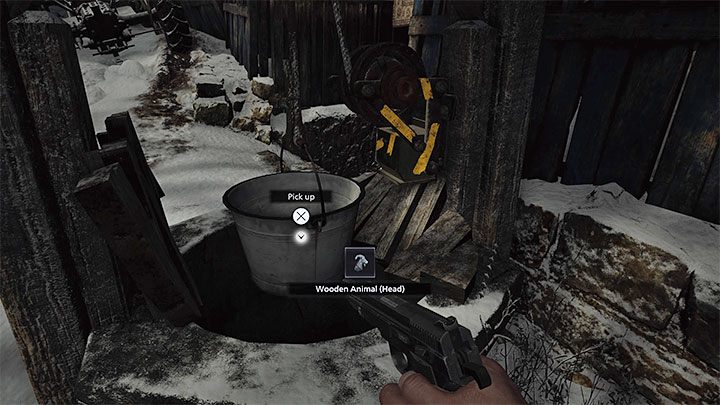 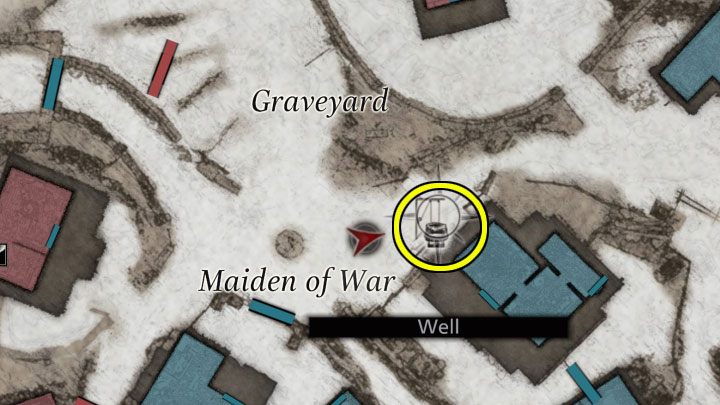 It's a Combinable object. You can pull the artifact from the well in the Maiden of War square, but this requires the Well Wheel. 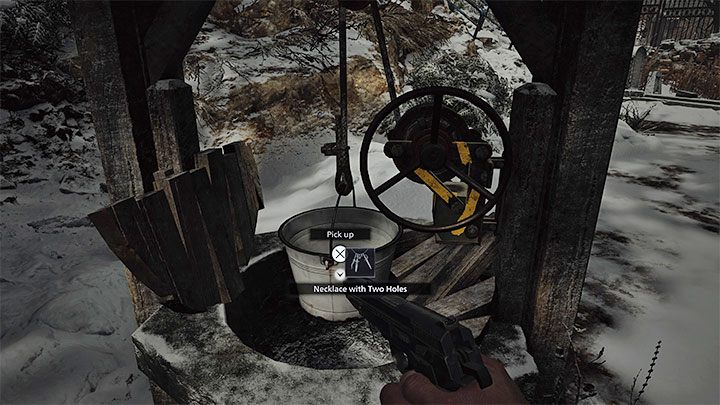 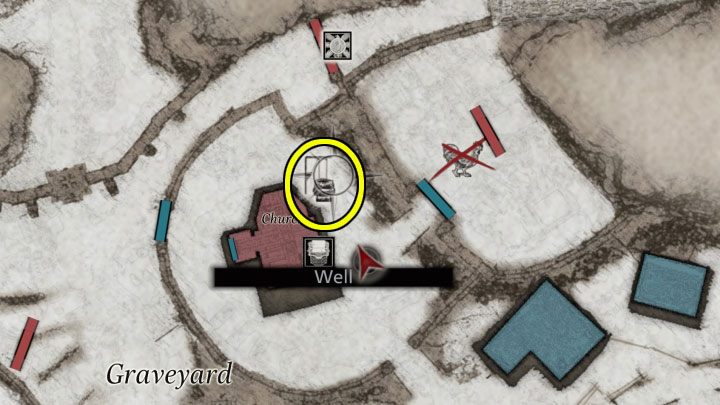 It's a Combinable object. You can pull the treasure from the well next to the Church in the village, but you must have the Well Wheel. 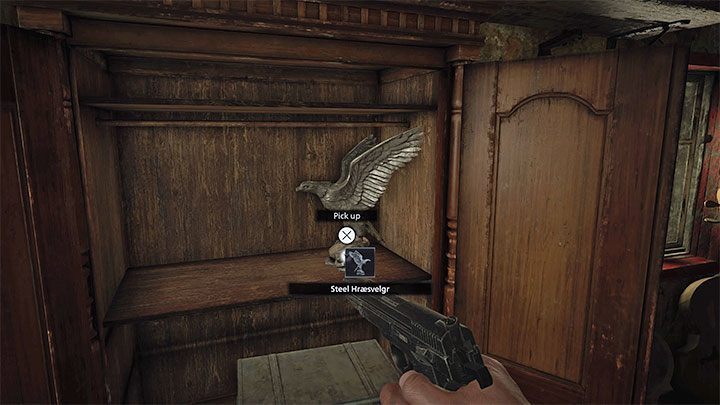 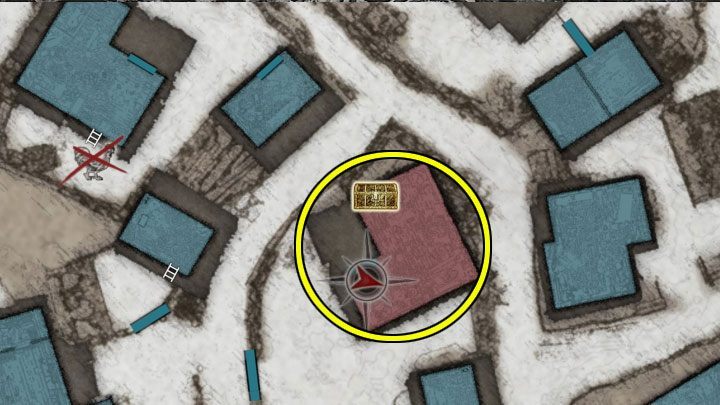 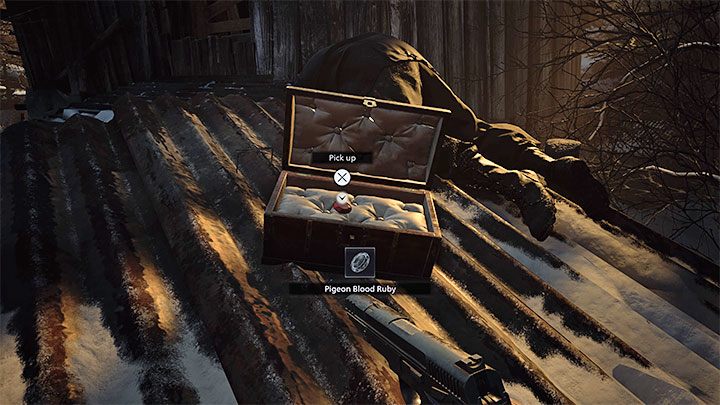 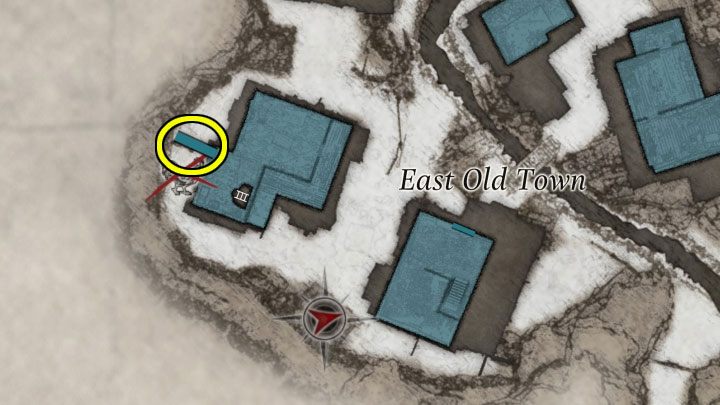 It's a Combinable object. You won't be able to get the treasure until you return from the Reservoir - you need to have the Crank to open the Mechanical Door marked on picture 2. This will allow you to reach the ladder and then the roof of the building with the artifact chest shown in picture 1. 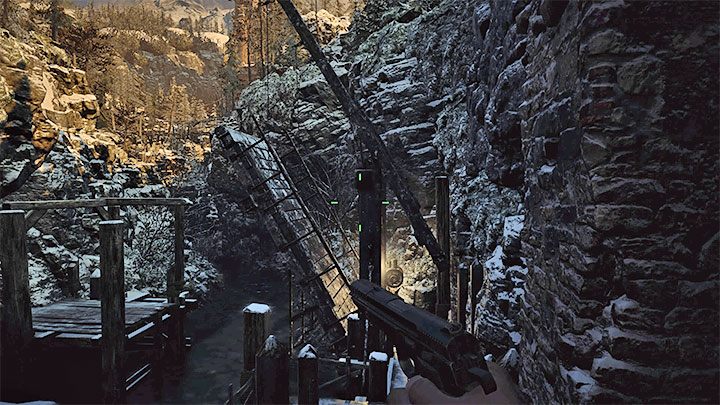 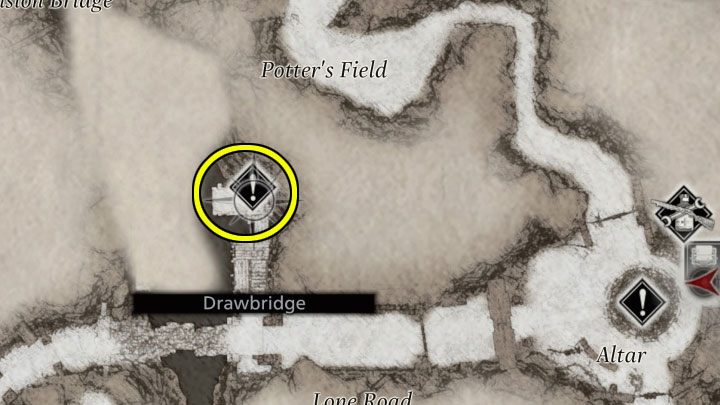 The coin is in a cave, which you can reach after returning from the Reservoir location. Ethan must visit the area west of the Altar and use the Crank found in the Reservoir to lower the Drawbridge. This will unlock the access to the boat. 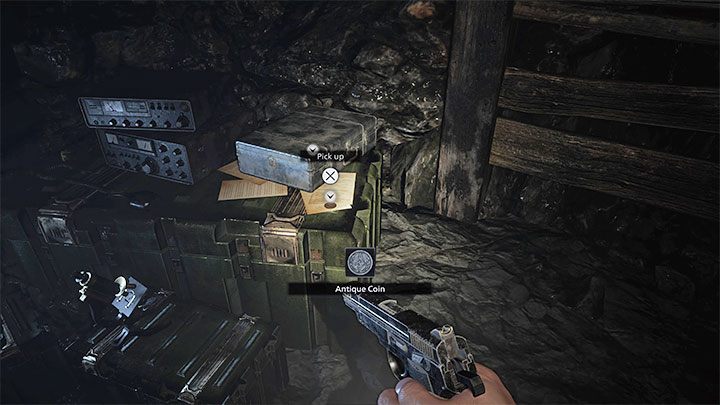 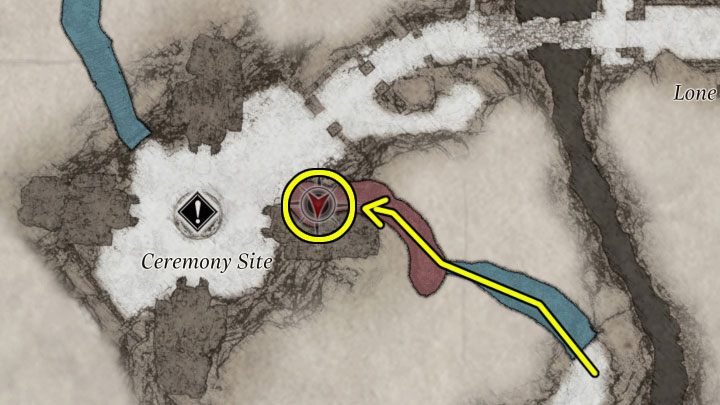 Take the boat south and when you reach the mooring, look around for the path to the cave. 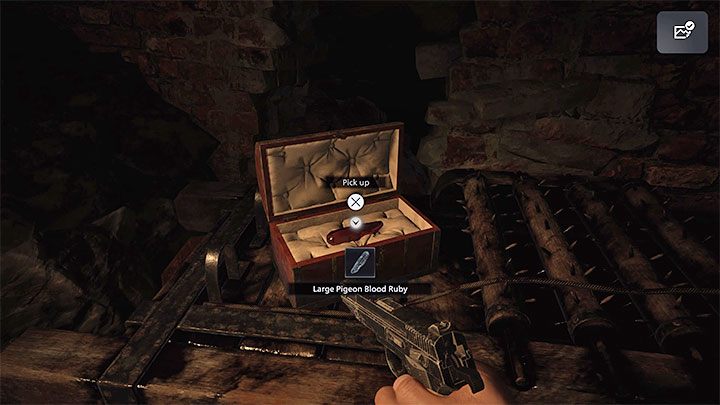 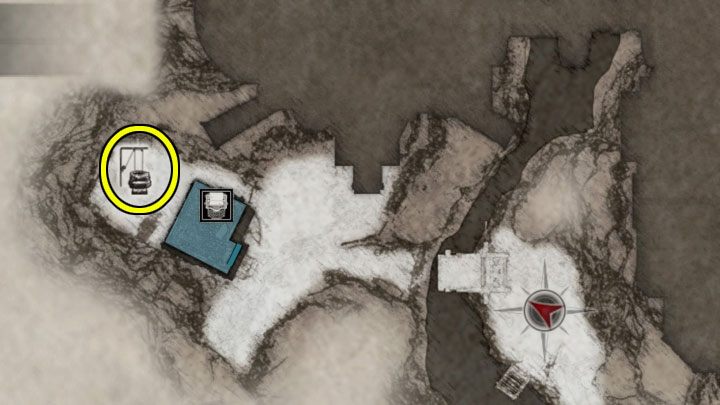 It's a Combinable object. Get to the boat by lowering the first drawbridge, but this time you have to take the boat north.

Go to the well shown in picture 2, which is at the back of the hut - use the Well Wheel on it to unlock the passage to the mini-dungeon. After solving a few simple environmental puzzles, you will reach a chest with a large ruby. 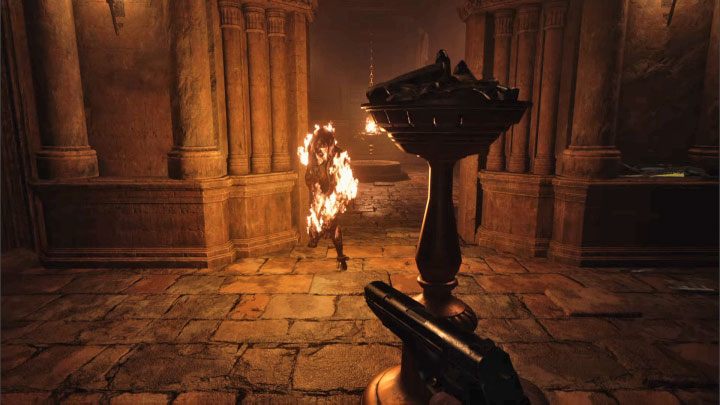 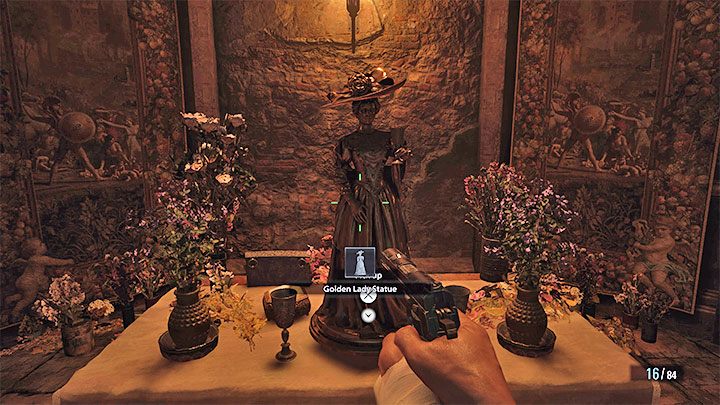 This treasure is in the location marked on the map with the Golden Lady Statue gold chest icon. Again, you must lower the drawbridge and take a boat north. Head to the eastern dungeon.

You must first rock the brazier to set fire to those on the sides and make the monster appear. Direct the monster to the flames. Once it starts burning, make the monster go to the brazier in the adjacent room. This will unlock the stash with the statue. We have described the whole process in more detail on our page about the Gold chests. 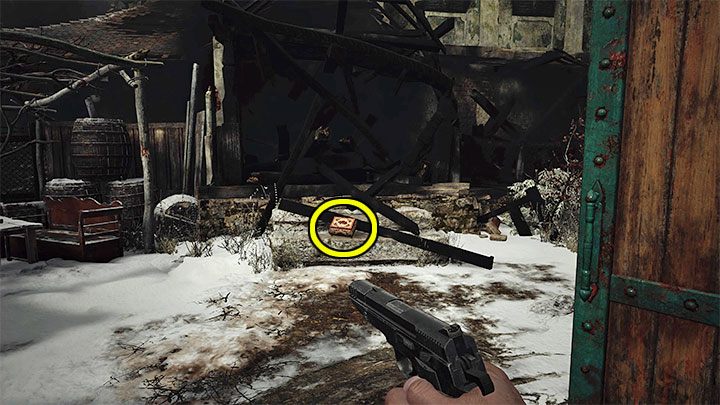 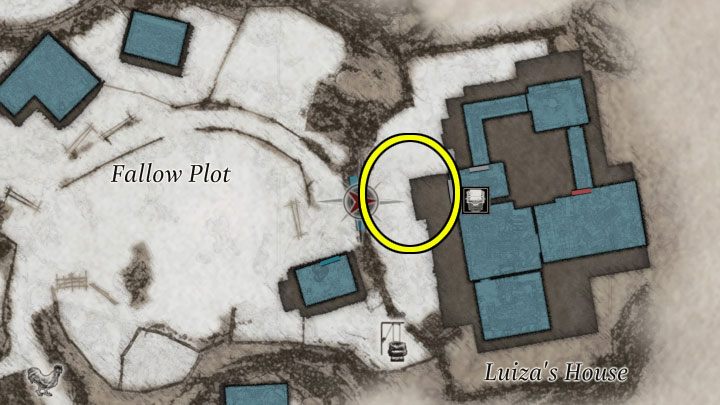 Both of these items are found as a part of a joint mini-puzzle. Luiza's Necklace is in the location marked with the golden chest icon. This is the previously visited Luiza's House. 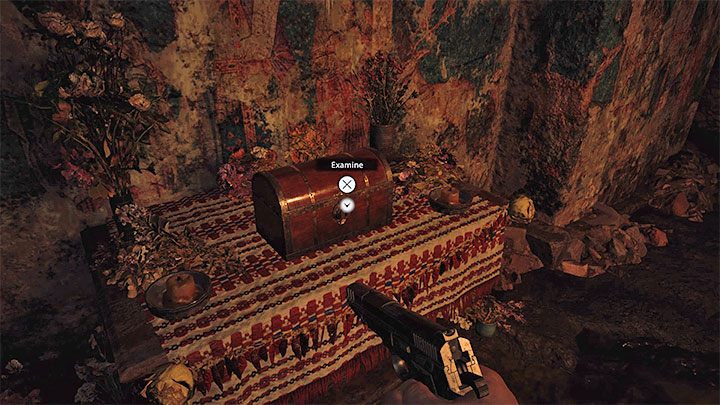 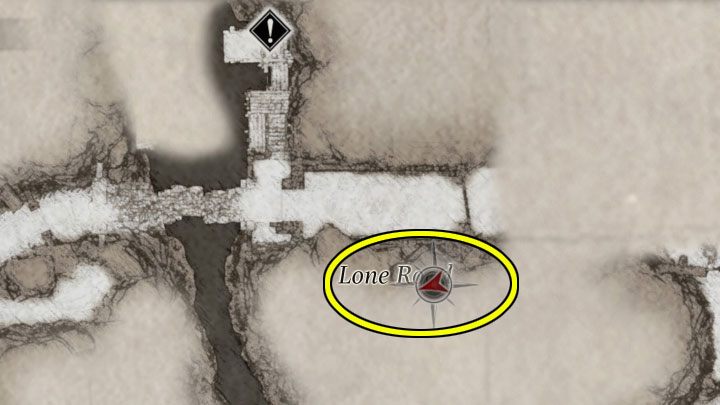 You must examine the necklace in the inventory to take out Luiza's Key. Once you have the key, go to the chest in Lone Road, as shown in the pictures. You can then pick up the Cesare's Goblet treasure.