On this page of the Resident Evil Village game guide, we explain how to defeat the different variants of Soldat soldiers while exploring the factory. This is a unique and quite problematic type of opponents. The following guide also answers whether the fights against Soldats are optional.

Soldats are mechanical enemies that you will begin to encounter while exploring Heisenberg's Factory, during the final stage of the campaign. They can cause some issues, as they are resistant to the main character's attacks and can deal a lot of damage in melee combat. 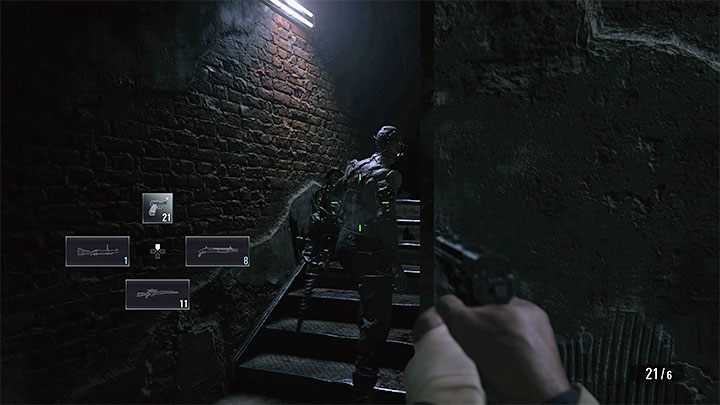 In most cases, the fights against Soldats are completely optional. You can attempt to:

1) Run past the Soldats before they can manage to attack you.

2) Avoid Soldat-occupied areas - Each Soldat is limited to patrolling a predetermined area and if you move far enough away from them, they may stop chasing you and start to return to their original location. You can cleverly take advantage of this in some circumstances and attack the Soldat from behind as they retreat. 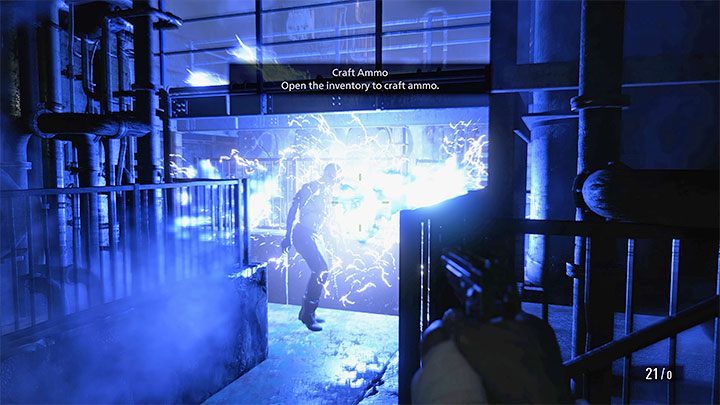 3) Stun the Soldats - The electrical devices that appear in certain rooms of the factory can be used to achieve this. Hitting the device when a Soldat is next to it will electrocute them. You can use this not only to easily bypass Soldat, bu also to create an opening to attack them.

Additional hint - Defeated Soldat enemies drop Treasures. This is good reason to take the risk and fight them. We recommend avoiding combat only if you have a very limited supply of ammunition and medicine. 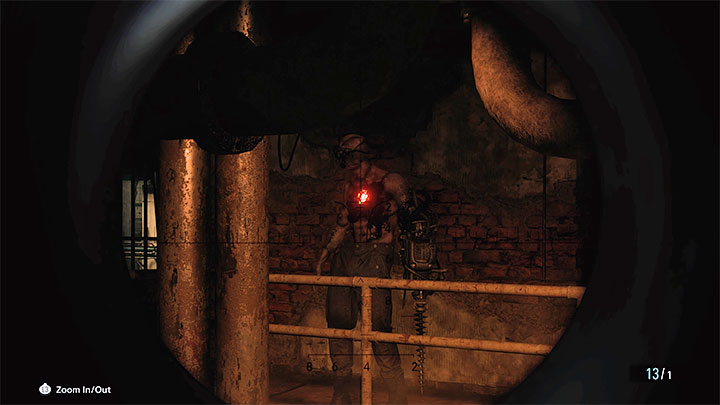 The first variety of Soldat soldiers you'll encounter in the game are Soldat Eins - enemies with a red core on their chest. In the game, they're called Soldat Eins.

The aforementioned core is obviously the enemy's weak point, but only shoot at it if the Soldat isn't covering it with their upper limbs. Otherwise, your attacks will fail. You can wait for an opportunity to shoot at it using the sniper rifle or, for example, use the shotgun when the boss misses one of their melee attacks. 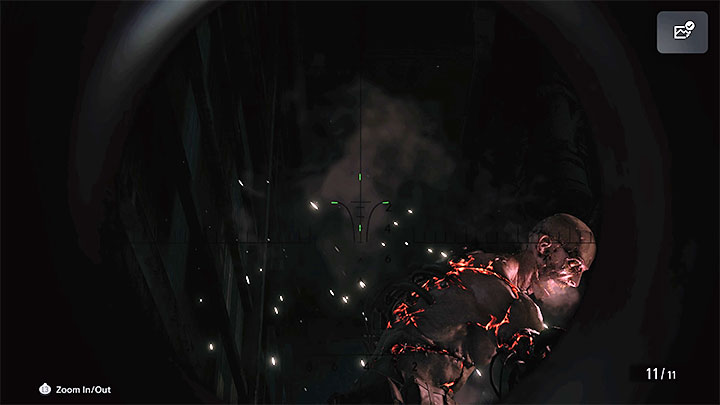 Soldat Zwei are another variety of super-soldiers. Instead of a weak spot on their chest, they have a reactor on their back. This, of course, makes it much more difficult to eliminate them.

In battles against Soldats that have the reactor on their back, you can still seek out the chance to shoot at it when, for example, the soldier turns their upper body around during an attack and expose the reactor for a moment. 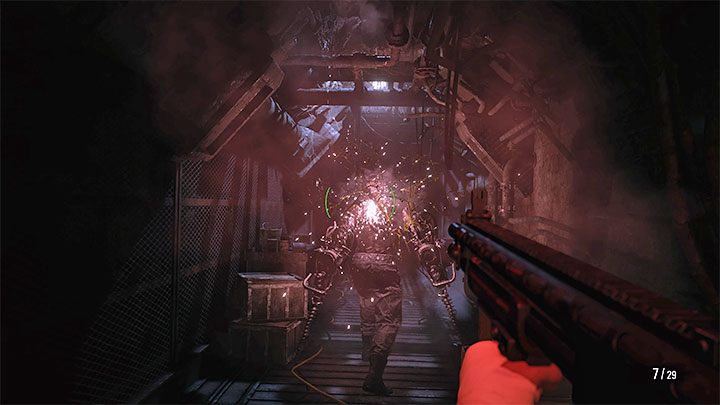 A better solution would be to use a sniper rifle or another effective weapon and aim at the monster's head to temporarily stun the Soldat. This will allow you to run past the soldier and, once you are behind them, shoot at the reactor with a decent weapon (e.g. shotguns). 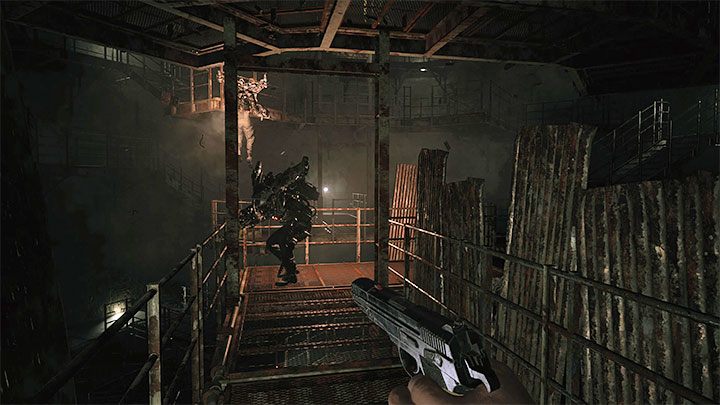 Still another variety are the Soldat Jet soldiers, who come equipped with jetpacks. This device allows them to fly, but only across short distances. You don't have to worry about having to fight permanently airborne enemies.

Soldat Jets use their jet packs to catch up to Ethan or to approach him from the back. You need to be especially careful when it comes to the latter. It's a good idea to frequently turn around when fighting against more than one Soldat Jet. You may also want to consider deploying mines in the area where you plan to protect yourself. 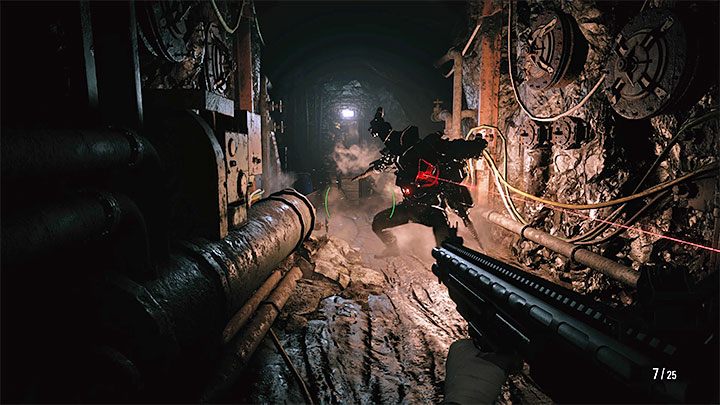 The weak point of Soldat Jet enemies is the reactor located on their chest , but just like in the case of Soldat Eins, only attack it if the enemy is not currently covering it.

In addition to their standard melee attacks, Soldat Jets can charge at you, which is signalled with a red laser beam. You can react to this in two main ways: 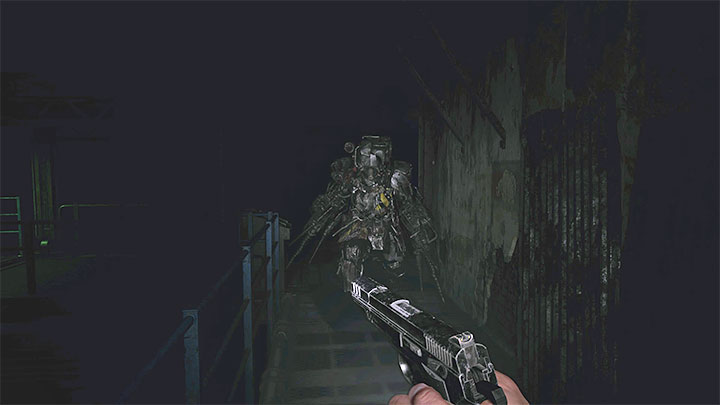 The strongest type of supersoldiers you can encounter in the factory are the heavily armored Soldat Panzers. You should first come across them after making the Heisenberg's Key and on your way back to the cargo elevator. 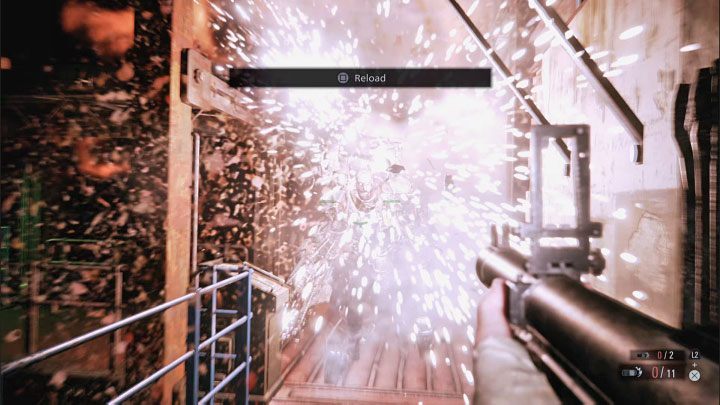 A unique feature of the fights against Soldat Panzer enemies is that you must first destroy their heavy armor. The best way to execute this plan is to use a grenade launcher - about two successful hits against the Soldat's reinforced armor should destroy it.

Alternatively, you can use other explosives - mines or pipe bombs. 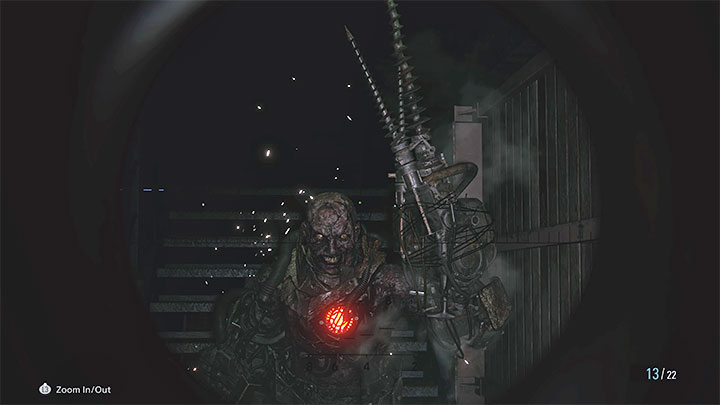 Destroying the Soldat's armor will reveal a core on their chest. From this point on, the fight will continue as usual. You can use any weapon to hit the armor, such as a sniper rifle when fighting at a longer distance or a shotgun when attacking from a shorter one. Don't shoot when the boss is blocking the core. The Soldat Panzer is generally slow, but they can charge at you, allowing them to move fairly quickly in a straight line. Move away as soon as you notice the supersoldier preparing to charge.

Avoiding the fights against the Soldat Panzer enemies is not easy, because they appear in narrow passages and, due to their size, they initially occupy the entire width of the corridor. You would have to retreat to larger locations and when the Panzer Soldats arrive, wait for the right opportunity to run past them. We recommend battling them, however, as each Soldat Panzer will leave behind a very valuable treasure.