On this page of the Resident Evil Village guide, you will find a description of the duel with the boss with the big hammer - it is the troll Urias, whom you have to face in the Stronghold. The following walkthrough explains how to avoid Urias's powerful hammer attacks, how to weaken the boss, and what to do when regular enemies appear in the area.

Preparing for a fight with boss with a hammer 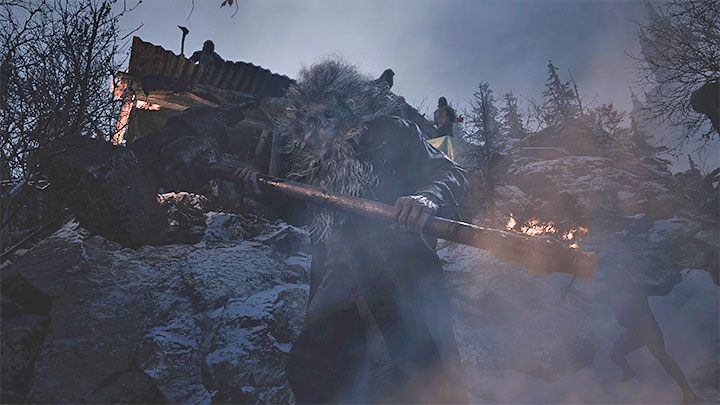 Urias is a troll with a large hammer encountered in several places fairly early in the game. It will first appear during your first major battle in the village. The game will not allow you to have a full-fledged battle with him. 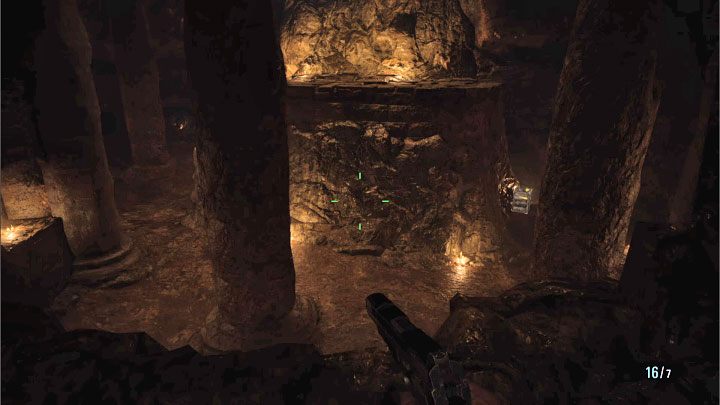 The confrontation with Urias occurs in the final part of the exploration of the Stronghold. The fight with Urias will start shortly after you jump into the cave shown in the picture. 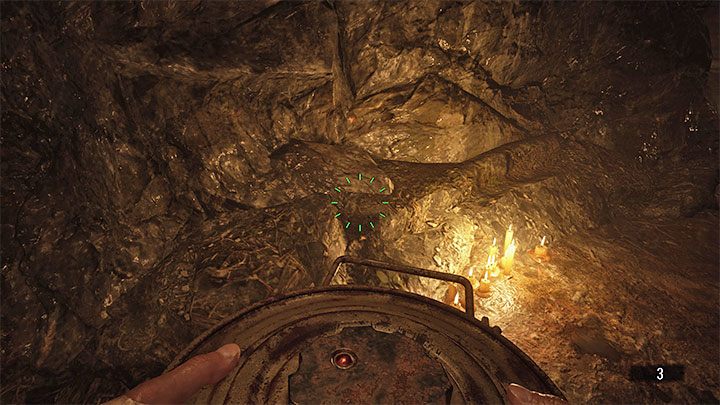 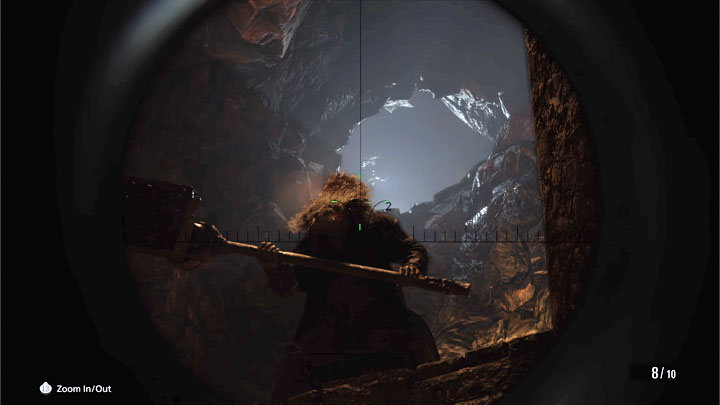 Some time will pass between Urias appearing on the upper rock ledges and him jumping into the arena. You can take advantage of this and set up some mines in the area and try shooting at the boss (preferably with a sniper). 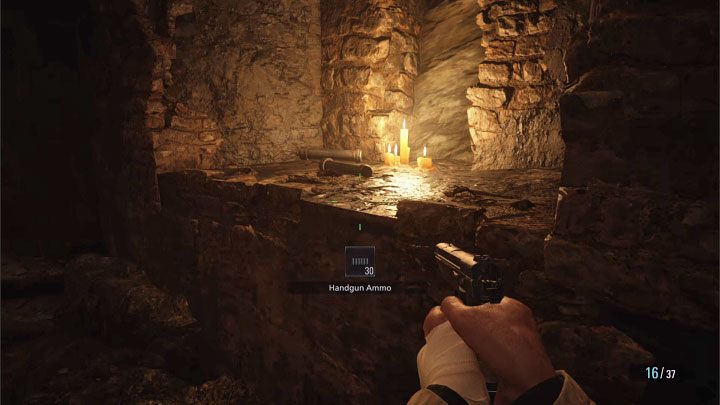 An important note is that there are numerous alcoves and crates to destroy in different parts of the cave that have loot. You don't have to collect all the loot at the very beginning of the battle, but it is worth remembering to collect new items from the area now and then.

The loot you collect can also help you craft ammunition, mines, or bombs when your supply runs out - it is a good way to use more powerful weapons and gadgets.

Defeating the troll Urias in the Stronghold 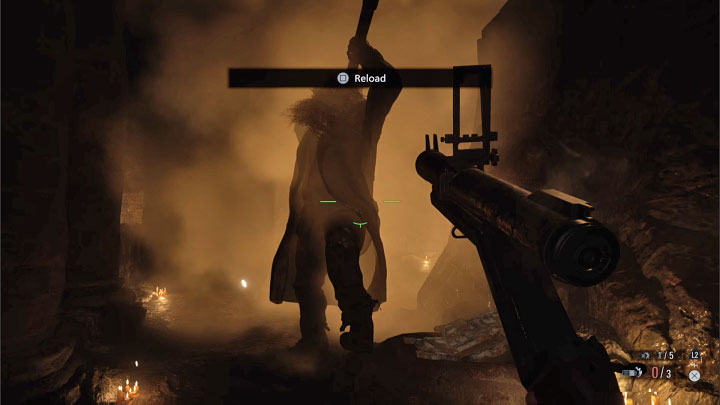 Unfortunately, the boss performs many attacks that are difficult to block and deals heavy damage. One such attack is hitting the ground with a hammer with great force. If you see the boss preparing for such an attack, try to move away or blind him (more on that later). 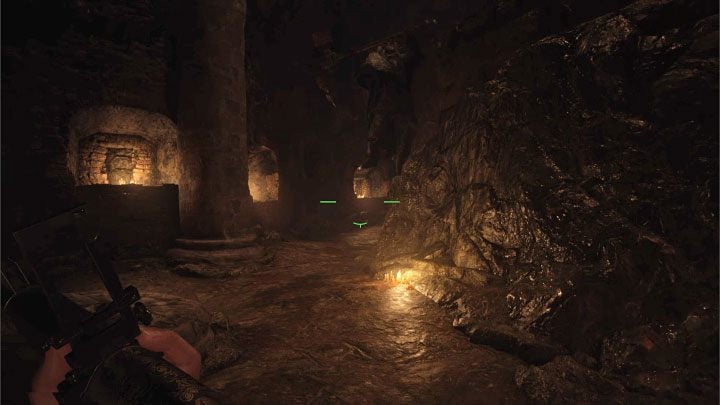 A very dangerous attack is a long jump combined with a hammer strike to the ground. The troll can perform them while moving on the lower level or jumping from a higher ledge. In both cases, the best tactic is to keep moving in to avoid finding yourself under the troll's feet. 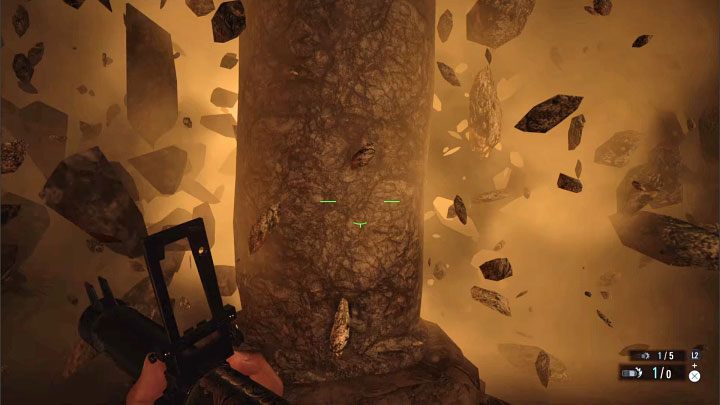 Urias can perform powerful charges and a series of spin attacks. Again, try to stop it or hide behind one of the columns.

Covers are also a great way to avoid damage when a boss pulls out a pole and throws it. Stand where the thrown object will not hit you. 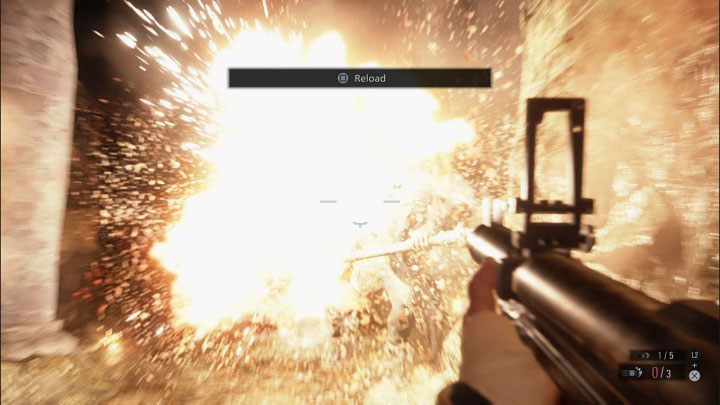 The aforementioned mines are great for weakening the boss, but you can also rely, for example, on pipe bombs or explosive projectiles fired from a grenade launcher.

If you have a magnum or a sniper rifle and a supply of ammo, you can try to hit the boss in the head. The most versatile weapon is the shotgun, and using a pistol is a last resort. 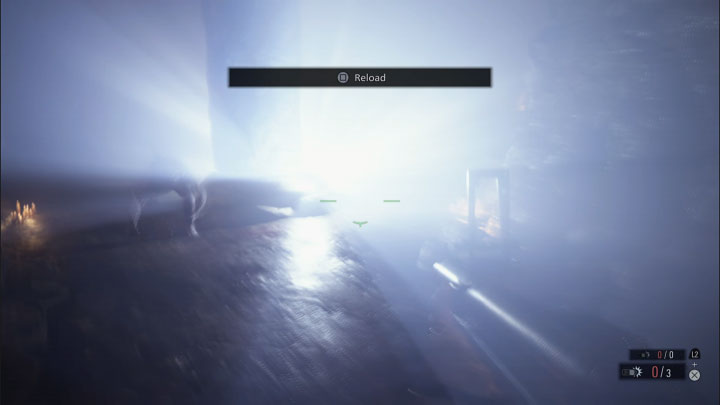 Flashbangs, which can be fired by a grenade launcher, are very helpful in battle. They can blind bosses and other enemies, exposing them to follow-up attacks or allowing you to prepare for the further fight. It is a good idea to switch regularly between the two grenade launcher's main ammunition types. 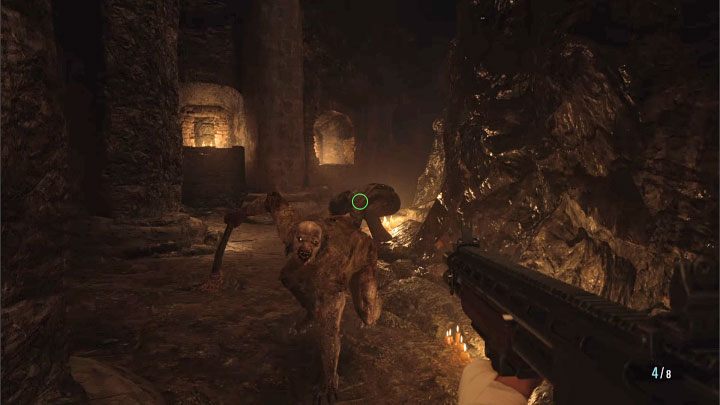 The boss will return to the top shelf now and then and call for reinforcements. In that situation, you should focus on eliminating those Lycans that threaten the main character.

When fighting Lycans, don't stop in one place because Urias can still perform the jump combined with using the hammer. If the boss has joined fighting among regular monsters, use the grenade launcher or pipe bombs to attack several enemies at once. 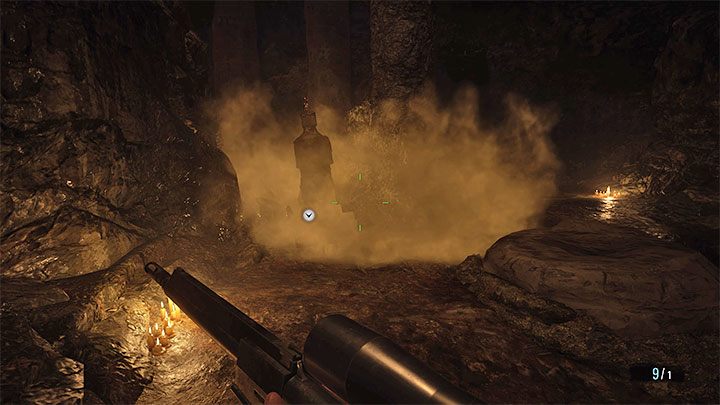 The troll is very durable, so this fight can take a few minutes and probably will use up most of Ethan's supplies. As a reward for defeating Urias, you will earn the Up Urs! trophy. and a very valuable treasure - Crystal Hammer. You can use the side exit of the cave.