On this page of the guide to Resident Evil Village, you will learn how to solve the puzzle with the Sluice Gate Controls mechanism in the Reservoir area. In addition to the solution to the puzzle, we explain when it should be attempted.

The location of the sluise puzzle 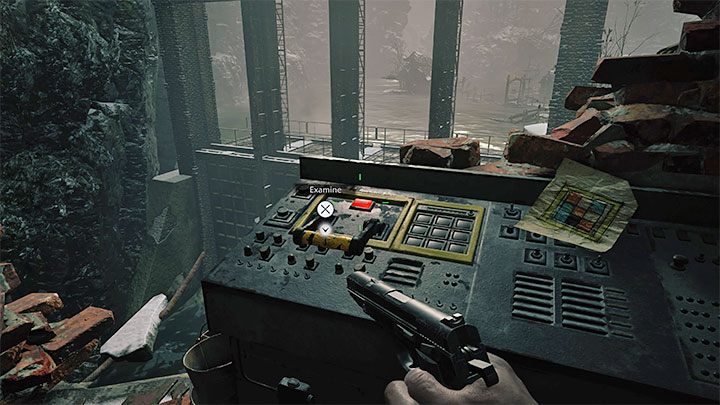 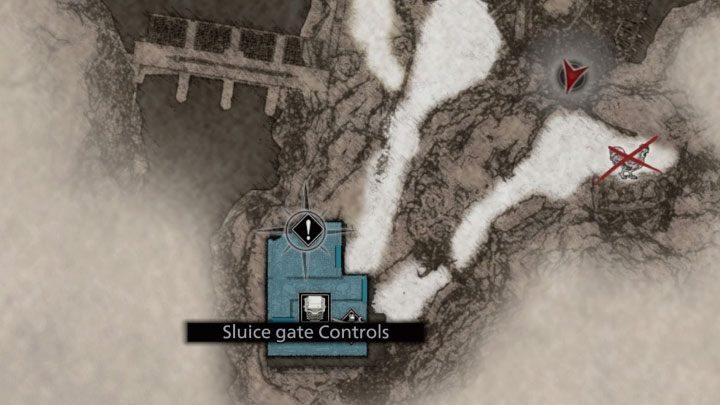 The sluice control mechanism is located in the Reservoir area in the southern part of the world map, which you will visit as part of hunting down the Moreau boss. Shortly after one of your encounters with Moreau, you will reach the control panel shown in the images above. It is initially inactive because there's no power. 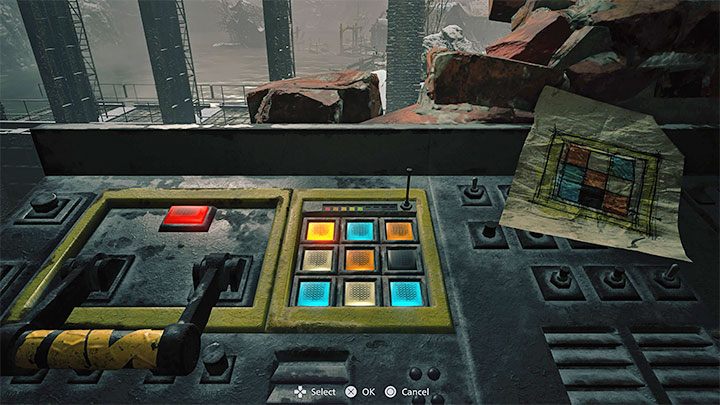 You must go through a large portion of the Reservoir area as part of completing the main storyline, making Ethan eventually restore the power supply. When you return to the same building, the console will be active.

Completing the puzzle - opening the sluice 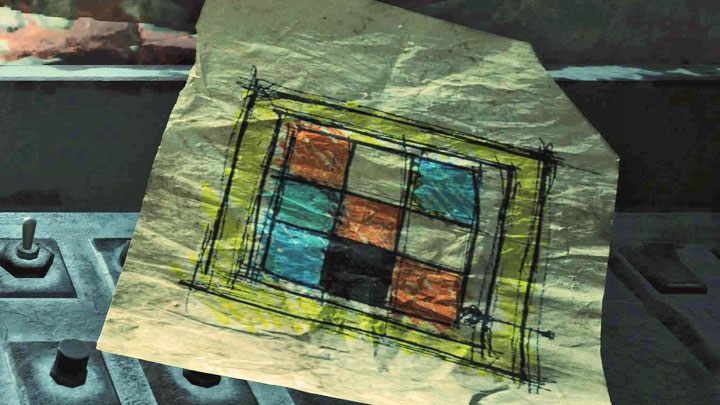 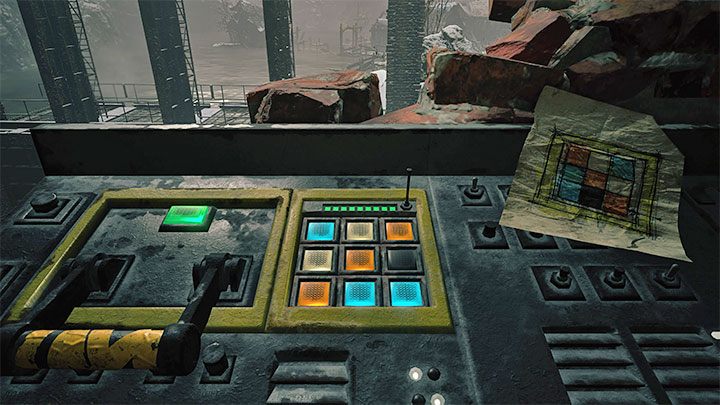 The hint to solve the puzzle is a note to the right of the control panel, with the note rotated 90 degrees to the right.

The solution to the puzzle is shown in picture 2. You have to press the panel buttons of different colors until each one changes its color to the right one: 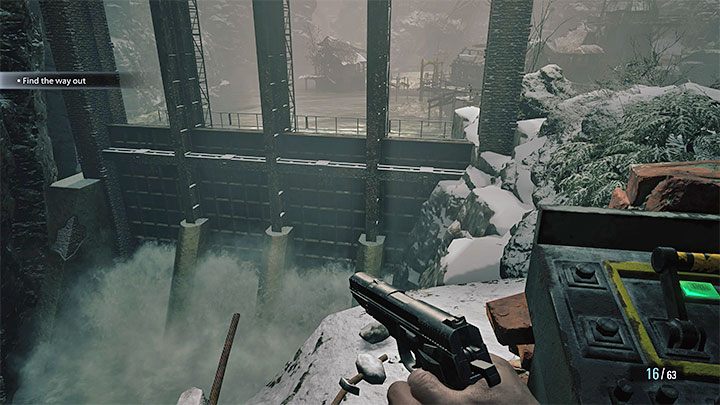 You can now pull the lever and drain the water from the tank, thus completing the puzzle.