This page of the guide to Resident Evil Village features a description of the boss fight with Lady Dimitrescu's second daughter in the castle armory. You will learn what tactics to use when fighting the vampire and how to deal with this boss. 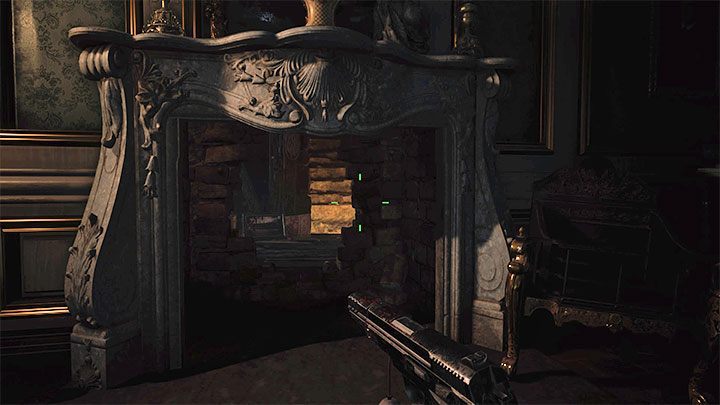 The fight with the second of Lady Dimitrescu's three daughters happens after you arrive at the Armory in Dimitrescu's castle . This takes place shortly after visiting the Hall of Pleasure, which contains one of the 4 masks. After taking the mask, Ethan must get out of the room through the fireplace. 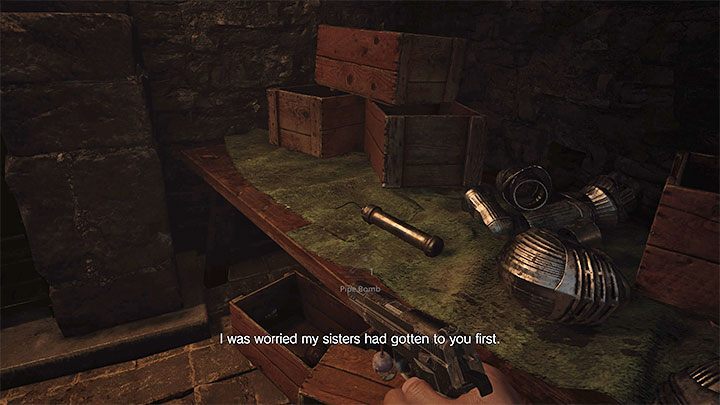 The vampire will not appear immediately after you enter the Armory. You can use this time to collect the typical loot from the area. Preparing the shotgun will be your best bet before the fight. In one corner of the armory you will find Pipe Bombs. Picking them up should make the boss appear. 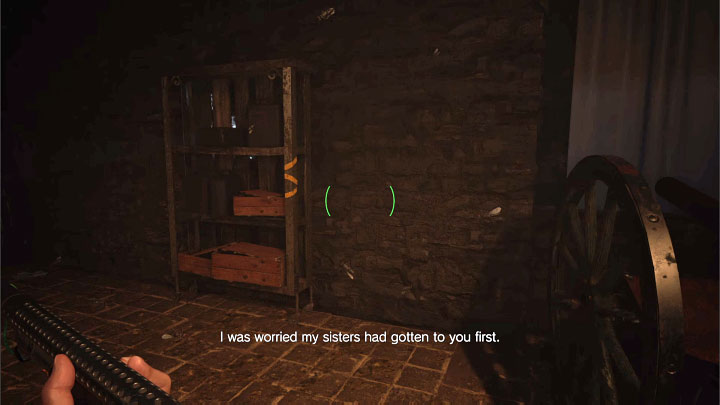 Right after you pick up the bombs, go to the sliding barricade visible in the picture. Move it to the side. 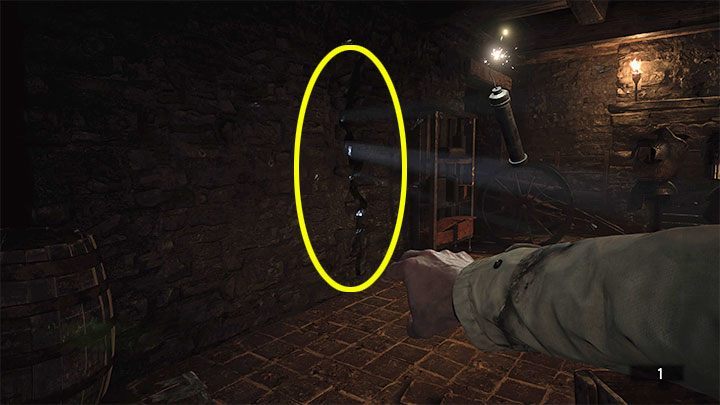 Ethan will probably have to chase the vampire away - use any gun to do so.

Select the recently acquired pipe bombs from your inventory, because you need to throw one at the crumbing wall shown in the picture above. When you knock down a section of the wall, the icy air will always get inside the armory. The vampire you are dealing with now, just like the previous one, is not immune to the cold, which will help you win this fight. 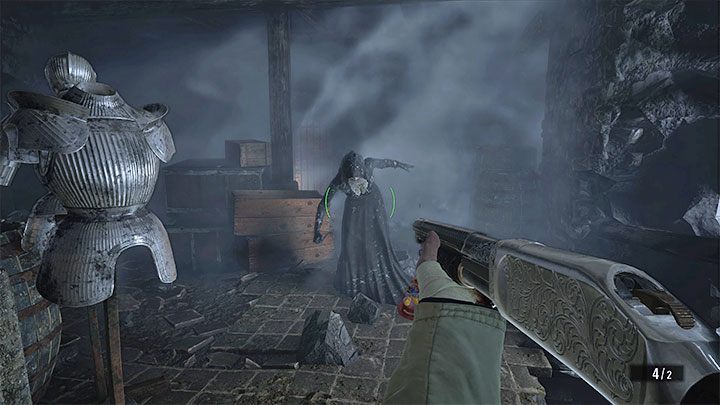 From this point on, the course of the fight will become very familiar - wait for the vampire to appear next to the demolished wall where the cold air is. Attack her once she gets there, using the fact that she is then prone to gunfire. 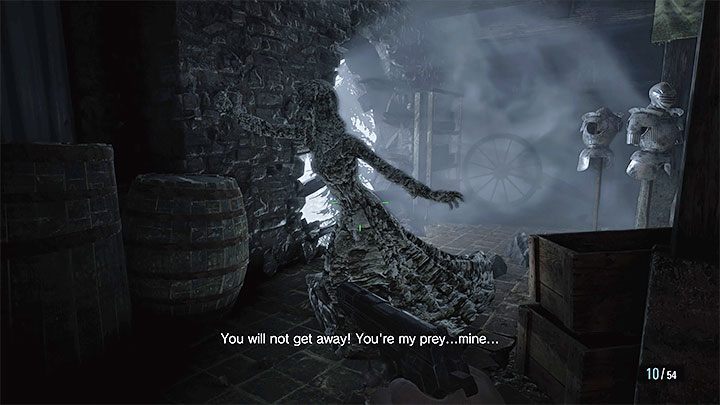 Continue in this manner until the boss turns to stone and falls apart. The defeated vampire will leave the Crystal Torso treasure behind.