This page of the guide to Resident Evil Village describes the first full-fledged boss fight with Lady Dimitrescu, which goes down in the castle Dungeon. The following tutorial explains if you can defeat Lady Dimitrescu and how to avoid the giant vampiress's attacks. 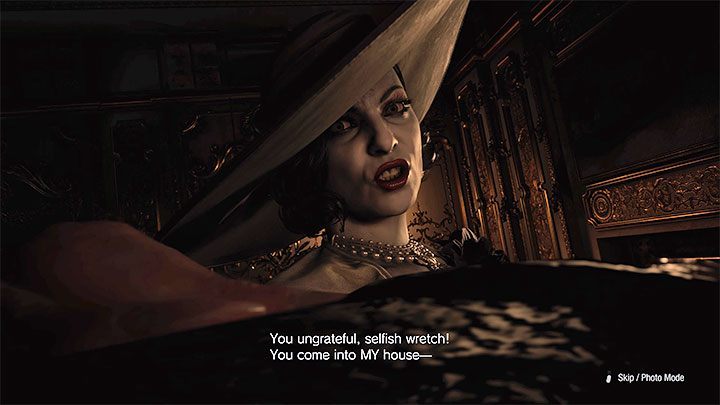 Lady Dimitrescu appears in several different scenes after you first arrive at the castle, but initially you are just a spectator and you have no control over how these scenes unfold.

Things are about to change after a forced encounter with the vampire in her private Dimitrescu's Chambers. After catching Ethan, Lady Dimitrescu will throw him away and he will end up in the Dungeon. 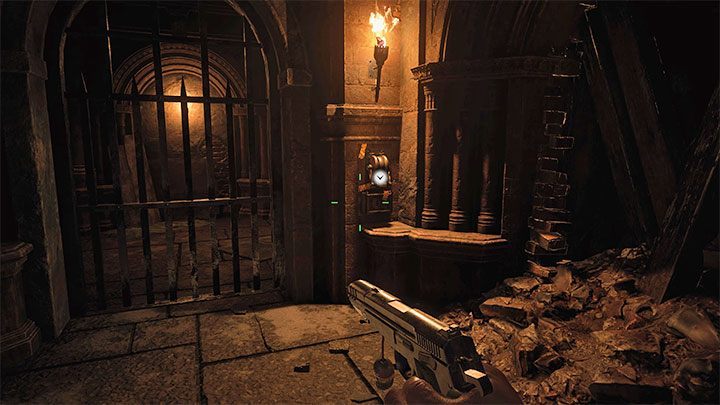 The first walk through the Dungeon does not feature any exciting moments, but the situation will change once you reach the second lever shown in the picture. If you try to use it, the vampiress will attack you. 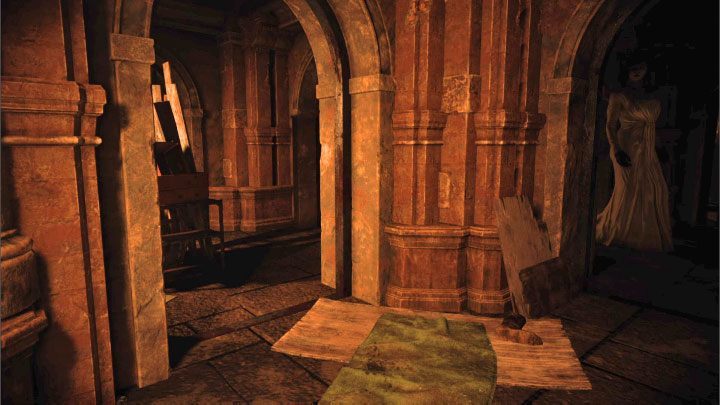 Don't try to attack Lady Dimitrescu, because you will fail regardless. Unlike her daughters, attacking the main vampire will not stop her or slow her down. It will just be a waste of ammo.

Your first task is to reach the lever again, where Lady Dimitrescu attack you before after you pulled it. Back off and wait for the vampire to arrive at this location. Run in the other direction quickly to get to the lever. The big takeaway is that Lady Dimitrescu deals damage only in hand-to-hand combat. You don't need to fear her ranged attacks. 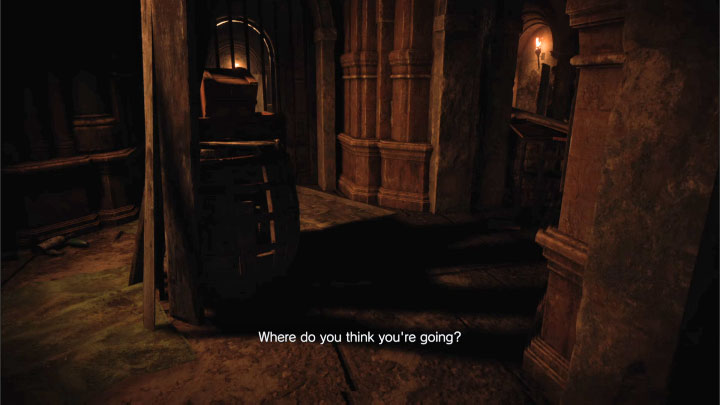 The bars won't open right away, and while waiting for the passage to unlock, you must again make sure Lady Dimitrescu doesn't get too close to the main protagonist. You can run around the poles and count on the vampiress to slowly follow Ethan. 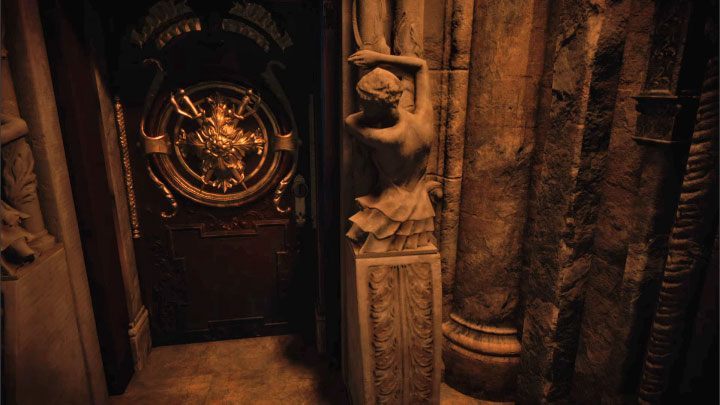 Once the pathway by the lever unlocks, run down the new hallway. The only path leads down the stairs. Ethan will eventually reach the door, where he must use the Dimitrescu's Key, which he previously obtained in the vampire's chambers. 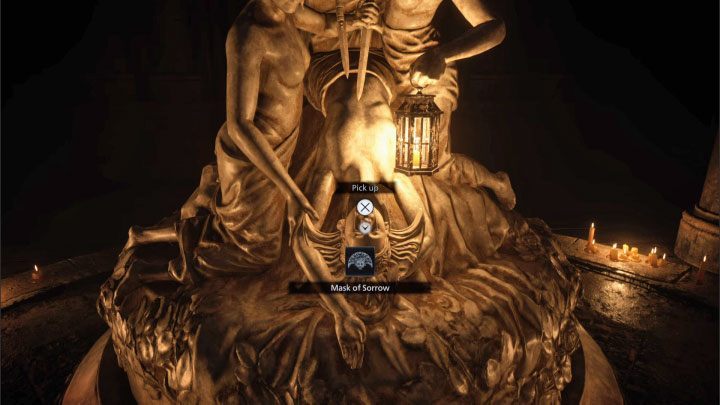 You will reach the altar shown in the picture in the Hall of Sorrow with the Mask of Sorrow. You must take it because it is required to solve one of the puzzles in the castle.

Taking the mask will trigger the elevator and the chase will end. 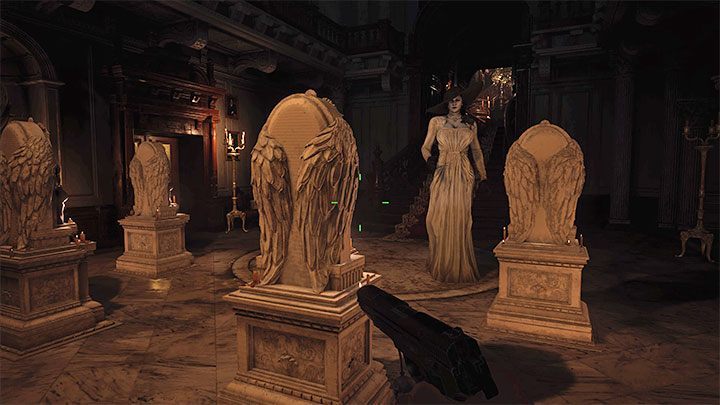 Additional Note - From now on, Lady Dimitrescu will start appearing in the main areas of the castle as well as surprising Ethan in some of the smaller locations. Avoiding her isn't very complicated, and we have described the whole process in more detail on a separate page Lady Dimitrescu and her daughters - how to avoid them?