This page of the Resident Evil Village guide explains how to upgrade weapons. We've outlined two main methods of improving weapons and increasing their efficiency in combat - both are worth having a look. 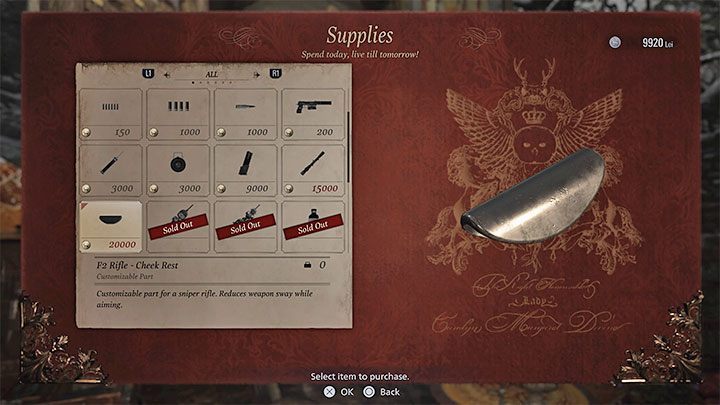 The first method involves installing modifications on the weapons you own. New weapon upgrades may primarily appear at the Duke's shop, but keep in mind that many of them may be very expensive. First, choose upgrades that apply to frequently used weapons and will make killing monsters easier. 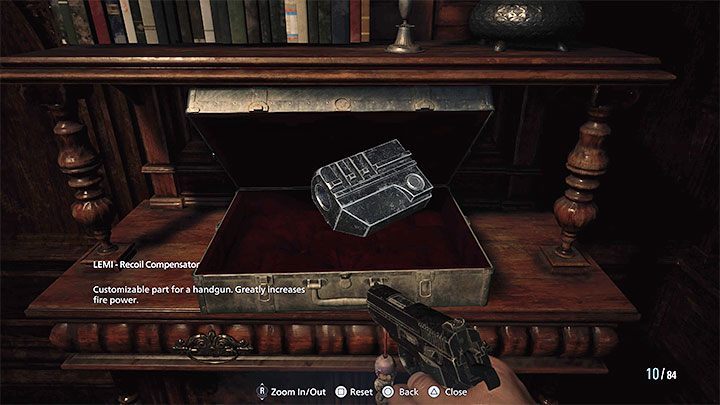 Weapon modifications can be found across the game world as loot. This is definitely a more interesting method of obtaining them, because you don't have to pay anything and once you find them, you can install them on the weapon yourself. 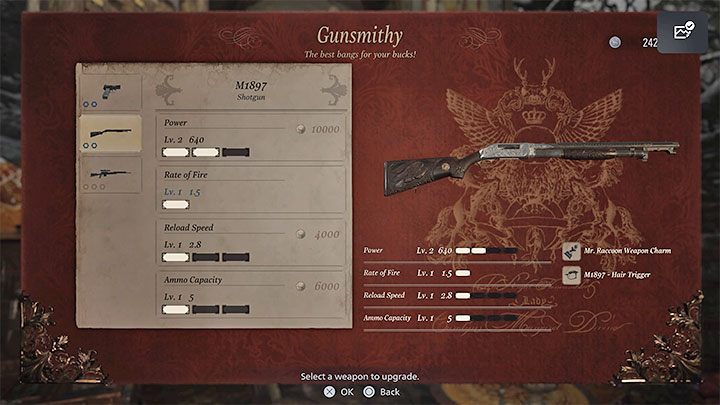 The second method involves increasing point stats of a weapon. You can do it at the Duke's shop in the Gunsmithy tab.

Weapon upgrades are unfortunately expensive. We recommend developing the Power parameter first, which is the firepower of a weapon. This will allow you to eliminate monsters more efficiently and use less ammunition. Rate of Fire is also important for weapons such as shotguns or sniper rifles.

Note that not all upgrade levels are immediately available even if you have enough money in your inventory. Levels are unlocked as you advance in the game, but remember that upgrades from higher levels will be even more expensive.