On this page of the guide to Resident Evil Village you will learn how to permanently expand Ethan's inventory. This is important if you want to carry many items at once, which may fill up the main character's entire inventory. 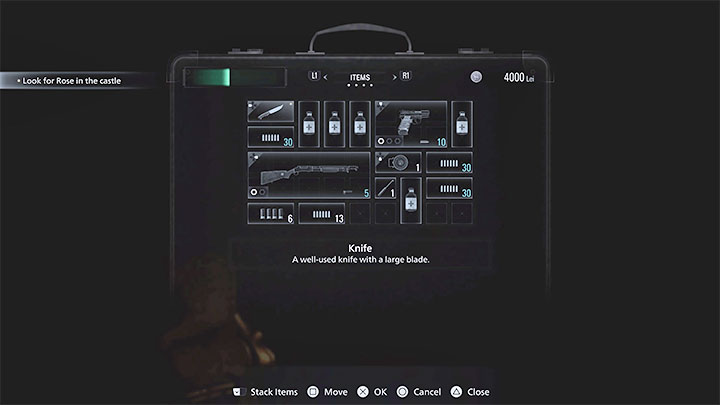 Themain character's inventory initially has 45 slots. They can hold weapons, ammunition, medications or lockpicks. Key Items, Files, and Treasures do not go into the main inventory window. These items don't take up space in your inventory.

Despite these features, your inventory can fill up very quickly and make further gameplay difficult. This is because: 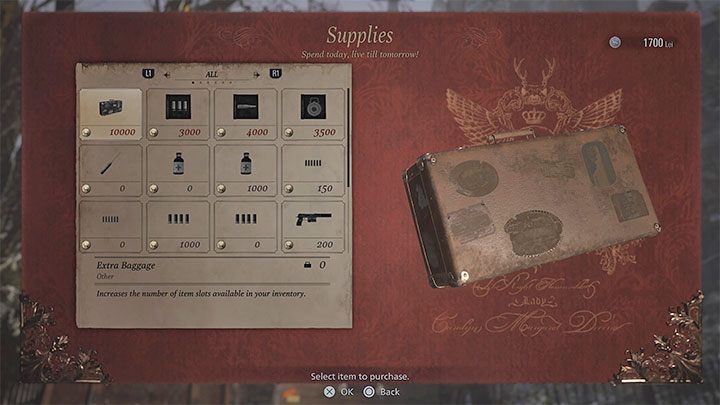 The problem of too small an inventory can be solved by trader Duke, whom you first meet on the way from the village to the castle. He also appears later in the game (the locations where you can find him are listed on a separate page of this guide).

Duke sells Extra Baggage suitcases which aren't cheap. You can purchase your first suitcase after you meet the trader for the first time. It costs 10000 credits (Lei). Initially, refrain from spending credits on other things and sell the artifacts you've acquired to Duke. This will allow you to save the required amount quite early in the game. 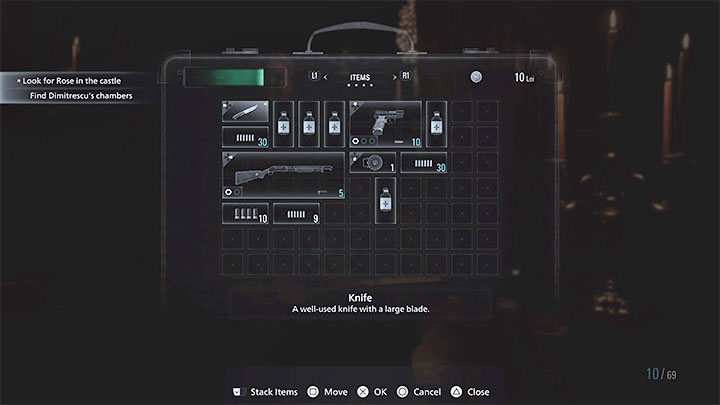 The first suitcase expands the inventory to 77 slots. This is especially helpful later in the game when you can find new weapons (e.g. a sniper rifle) and craft more items.

You can purchase the second suitcase after you defeat the boss in Dimitrescu Castle and return to the village, ending up at the Altar area. Unfortunately, it costs as much as 30000 credits, but you can immediately sell Duke the artifact you got for defeating the castle boss and receive 25000 credits for it. Thus, Ethan will need "only" an additional five thousand. 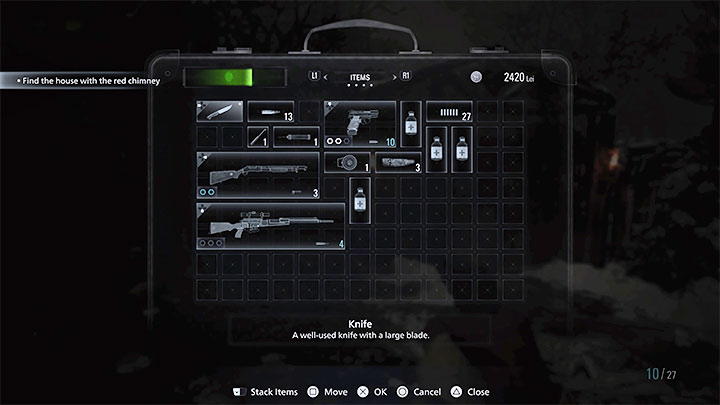 The second suitcase expands the inventory to 104 slots, allowing Ethan to comfortably carry all weapons and various supplies.