On this page of our guide to Resident Evil 3 Remake you can find a detailed description of the Subway Tunnels and Clock Tower Plaza. These are two adjacent locations that Jill visits after getting out of a burning subway wagon. The heroine has to take part in the second obligatory duel with the boss - Nemesis (near the Clock Tower Plaza). Our walkthrough explains how to avoid the attacks of the four-legged beast and how to defeat Nemesis Stage 2.

Find a way above ground 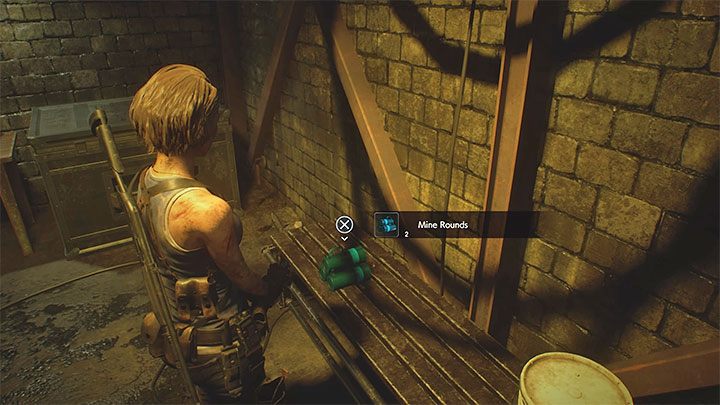 You'll end up in the Subway Tunnels after you've done all the work while playing as Carlos at the Police Station. Once again you will be able to control Jill.

Get to the door with the knob and enter the Dilapidated Shelter. You will find here, among others, a typewriter, a new variety of Mine Rounds for Grenade Launcher and a manual which contains some hints on how to use this type of ammo. 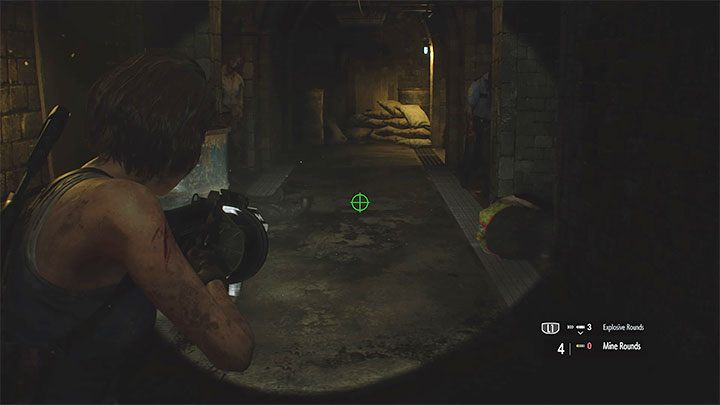 Mine Rounds have a form of a mine-trap. You can attach them to your opponents or set them up on the ground (better idea) - they will explode when an opponent approaches them.

The game will allow you to "test" the Mine Rounds ammunition on ordinary zombies encountered in the following Subway Tunnels - try to aim in the middle of the corridor so that as many monsters as possible gather around the mine-trap. You can also use ordinary weapons and save valuable ammunition for the upcoming duel with the boss. 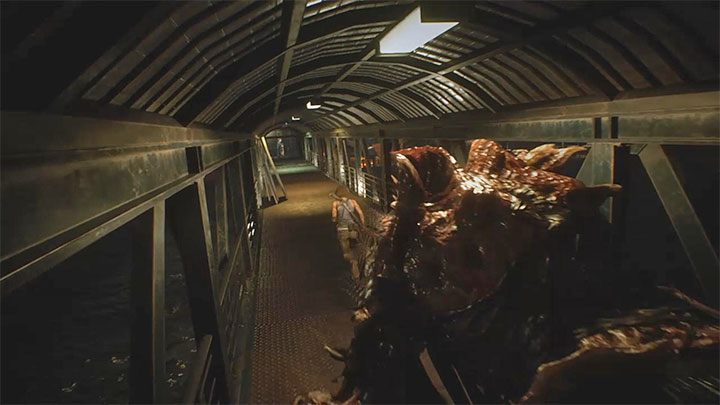 After leaving the Sewers you will find yourself near the Clock Tower Plaza. In the first area, you can look around to search for some loot and find collectibles. Head towards the bridge that leads in the direction of the Clock Tower. After entering the bridge, Jill will be attack by Nemesis Stage 2.

At first, you have to escape and run away from new 'version' of Nemesis. This is a very linear section - just run ahead, Jill will automatically avoid monster attacks and jump over small gaps in the ground. The chase ends after you jump into the Clock Tower Plaza. A full-fledged duel with Nemesis will take place here. 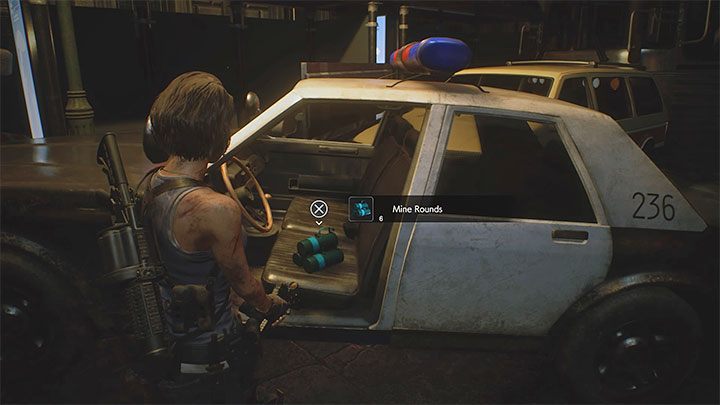 Before you start fighting, it's worth knowing that you can find large amounts of supplies in the courtyard. Run around its periphery and check the vehicle wrecks. You will get ammunition for the grenade launcher and some healing items. 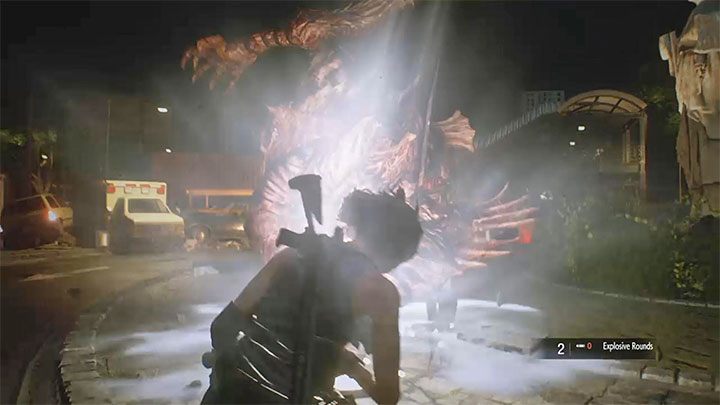 During the duel, Nemesis tends to use melee attacks. The boss is primarily making single swings with his upper limbs. His more dangerous attacks are a short charge and a powerful ground slam, which happens when the boss is standing on his back limbs.

Try to run as much as you can and dodge at the right times to avoid getting hit be the boss. 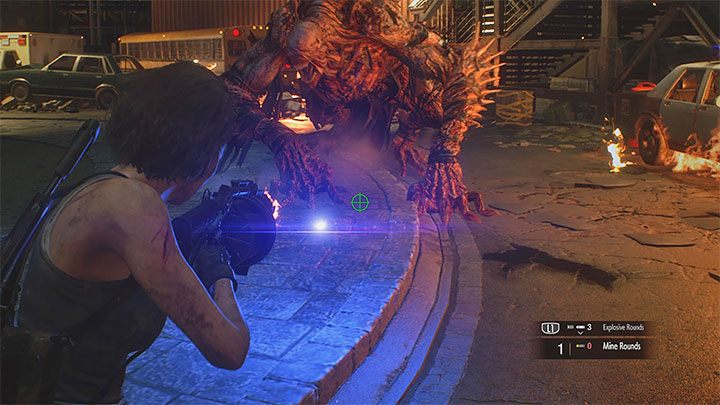 You can use all your weapons to attack Nemesis, but the grenade launcher and shotgun are the most effective. If you want to use the grenade launcher, we recommend using Mine Rounds. The boss can easily activate a landmine. This reduces the risk of missed and wasted rounds. 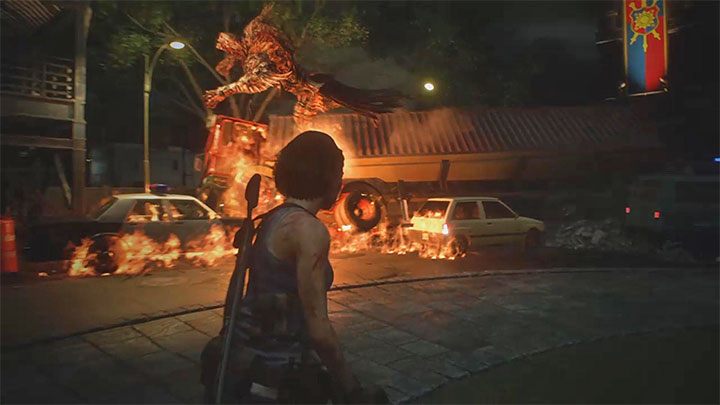 In the later phase of the fight, Nemesis will be running on the roofs of nearby buildings for some time. You can take this opportunity to reach the supplies. 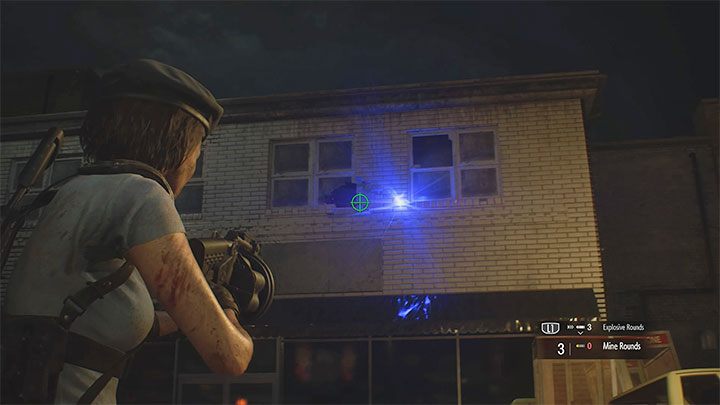 If you have Mine Rounds ammunition for the grenade launcher, you can also use it to stop the running monster by attaching a mine to one of the buildings. The boss falls to the ground after colliding with a mine like that, and after landing in the courtyard, it takes him a few seconds to come around. Use that to deal damage to Nemesis. 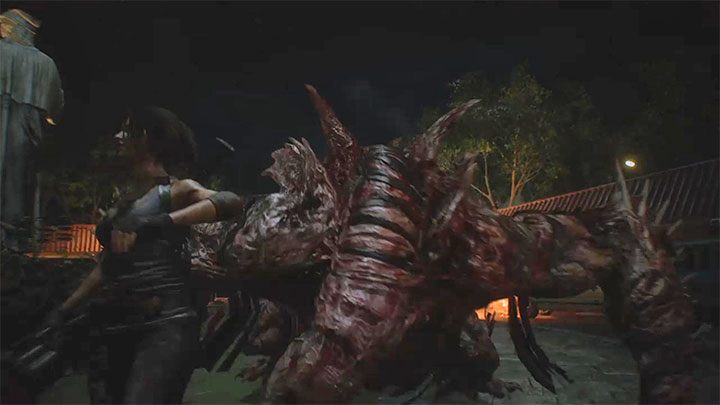 You have to be careful, because Nemesis will end with a long jump from the roof of one of the buildings. This is the strongest of all Nemesis' attacks. Quickly leave the spot where Jill was when the boss began the jump, as that is exactly where he will want to land. If you don't do that, you can get seriously injured or even die on the spot. 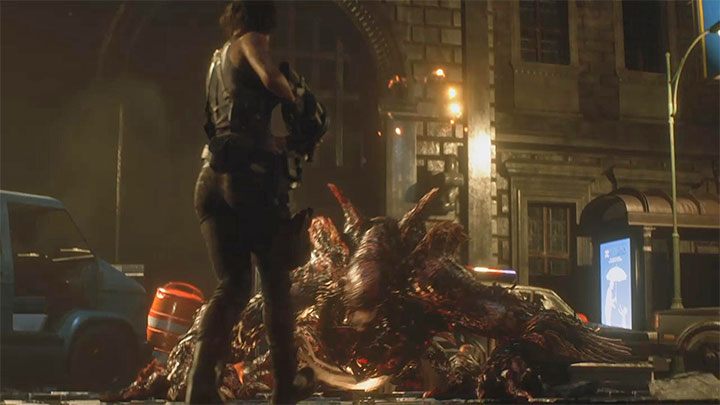 Continue using a grenade launcher and/or shotgun to attack the boss and replenish supplies every time he returns to the rooftops. You have to keep fighting until you get a cut-scene.

Another cut-scene shows that Jill will be infected with a parasite. Carlos will arrive to help her. He will take Jill to the Hospital which is located nearby. You'll take control of Carlos' once again. Also, you will earn the I Don't Feel So Good trophy.