This page of the guide to Resident Evil 3 Remake contains a detailed description of the first battle with Nemesis. The first fight with the boss takes place in Demolition Site location. You have to beat Nemesis Stage 1 on the roof of a building. 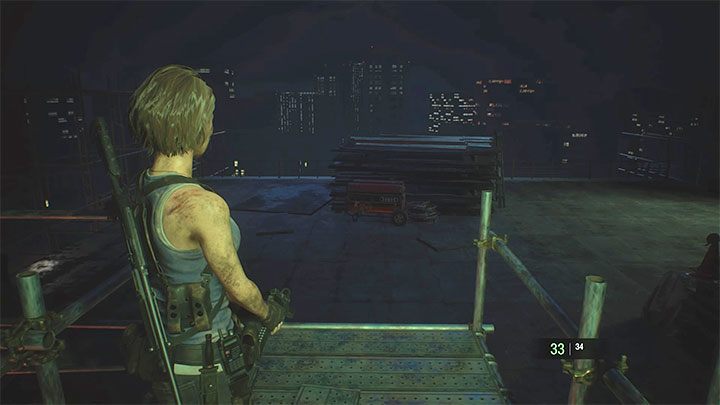 Start the fight by jumping off scaffolding onto the roof shown in the picture. Save the game and replenish stocks before facing Nemesis. A typewriter and an items chest are located just before the yellow ladder leading to the roof.

We recommend bringing with you a lot of ammunition for the rifle and pistol and at least one healing item. New supplies can be found on the roof, although getting them means that you will have to watch out for Nemesis. 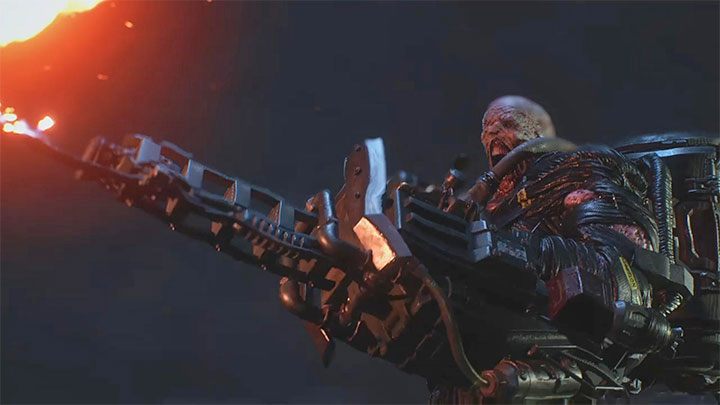 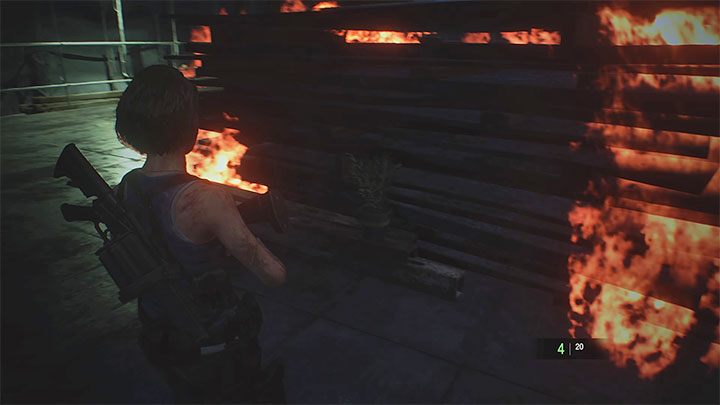 Nemesis uses a flamethrower in this fight. This means that you have to keep a distance from the boss. You can stand behind large obstacles on the roof. Even if Nemesis uses his flamethrower, Jill won't be set on fire. 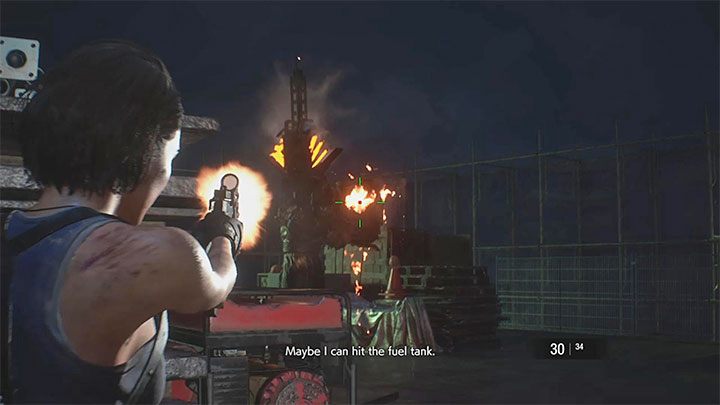 The key to winning the first part of this battle is shooting at the fuel tank on Nemesis' back. You can do this in two ways. The first option is to wait in hiding until Nemesis uses up all the fuel and starts refueling the flamethrower. Then you can come out of hiding and shoot the tank. 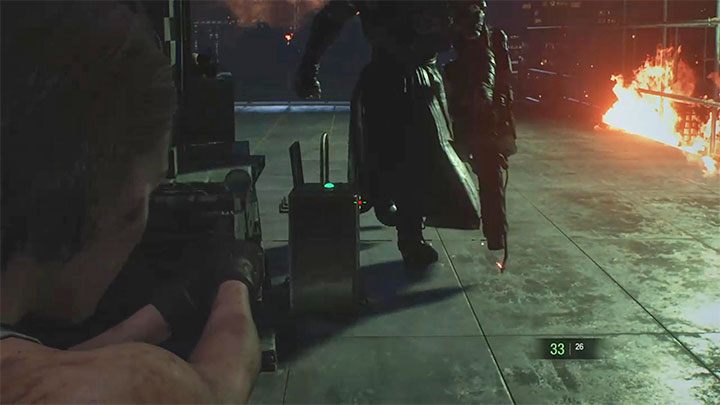 The second option is to shoot generators that can electrocute and stun Nemesis. You have to wait for Nemesis to approach the generator and fire a shot at it. Do it from a safe distance so Jill doesn't get electrocuted either.

Generators are "multi-use" objects, but once the generator is discharged, you have to wait for the green light to appear again. 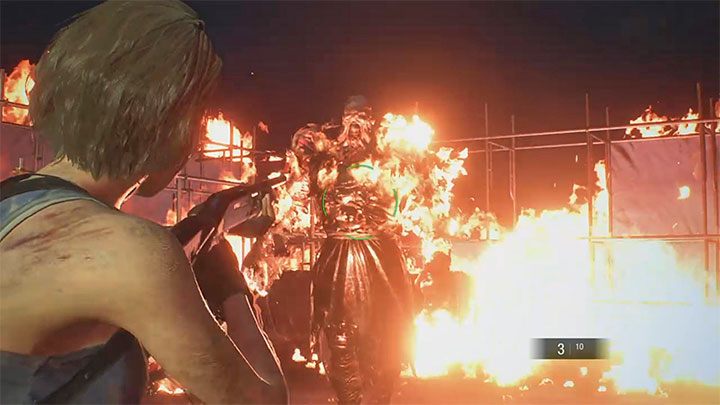 After the fuel tank is destroyed, you advance to the second phase of the fight - you must attack and avoid the burning Nemesis. Run a lot and focus on dodges after Nemesis gets close enough to Jill and decides to perform a melee attack. It is best to use a shotgun to weaken Nemesis. 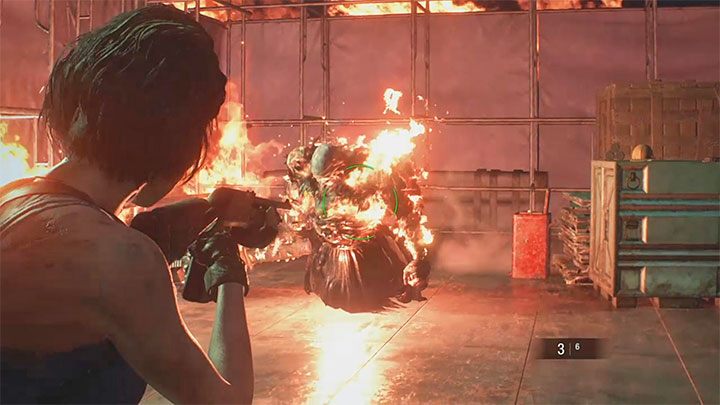 Keep fighting with Nemesis until he gets down on one knee and falls to the ground. After a while, a cut-scene will end the fight. You don't have to do anything now.