This page of the guide to Resident Evil 3 Remake has a walkthrough for the third visit to Raccoon City's Downtown. Jill finds herself back in the city's center after defeating Nemesis on the roof of the demolition site. Unfortunately, the monster will not wait long - Nemesis now uses a rocket launcher.

Return to the Subway Station 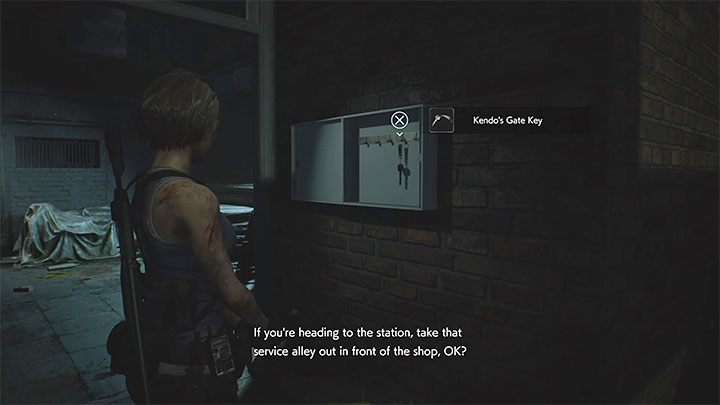 Start exploring a new part of downtown - you need to reach the fire truck, climb on it and walk up the extended ladder of the vehicle. There are new zombies in the area - you can attack them (preferably before you jump off the ladder and after they stand around the red barrel) or just run away from them.

Head to the Gun Shop Kendo. After entering the building, talk to the trader. Take an important quest item - Kendo's Gate Key. You can also find a typewriter, a shotgun upgrade, and a lot of ammunition and gunpowder. 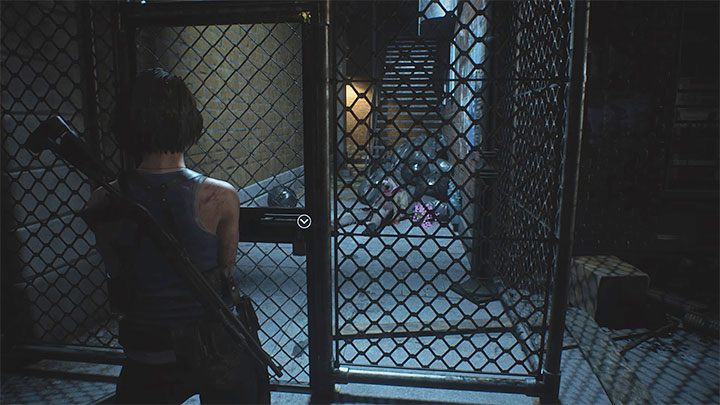 Return to the gate you have passed earlier - it is located to the left of the gun store. Use the key to open the gate. Watch out for a "sleeping" zombie near the gate and another monster with a parasite on its head - attack it from afar.

Another zombie with a parasite is inside the building you have to go through. Exploring the bedroom upstairs is optional - you will find a secret and ammunition for the grenade launcher inside a locked suitcase. 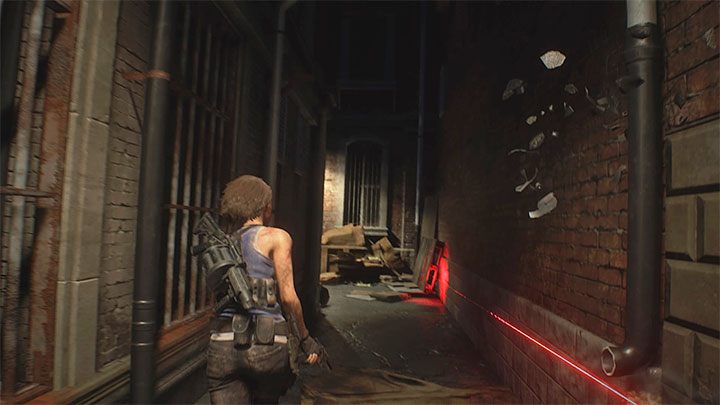 Shortly after leaving the building, Jill will get attacked by Nemesis equipped with a rocket launcher. You have to run away.

Escape is more challenging because Nemesis will continually fire rockets at the heroine. The orange color indicates that the Nemesis is targeting Jill, and the red color indicates that the missile is ready to be fired. Try to run in slalom and, if necessary, dodge sideways at the last second to avoid being hit by rockets. They shouldn't kill you right away, but they can seriously weaken the heroine. 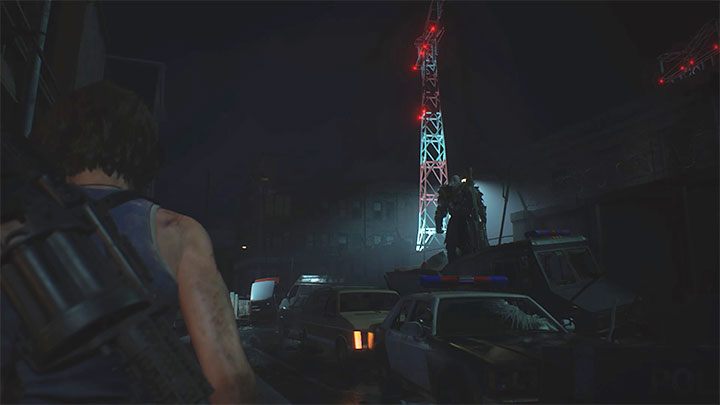 You have to follow a predetermined route. The game doesn't allow you to turn left - you have to run towards the previously visited Subway Power Substation. Nemesis will stand on one of the vehicles - keep avoiding the red laser beam.

There will also be new regular zombies in the area. Don't waste your time fighting them. We recommend using the shotgun to quickly knock down zombies standing in your way. Keep running away until you trigger a cut-scene - Nemesis will stop chasing you for now. 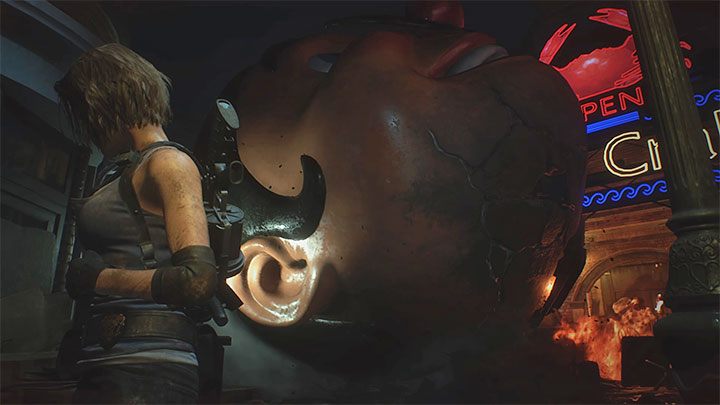 Some other passages are blocked - you have to follow a linear path. It leads through scaffolding and the roof of the building. Turn left to reach the nearby Donut Shop. You can't get inside it and save the game.

Head to the left staircase. When the cut-scene ends, turn 180 degrees and run. You have to avoid being crushed by the big head. Wait until it rolls to the entrance to the Donut Shop and unlocks the passage. 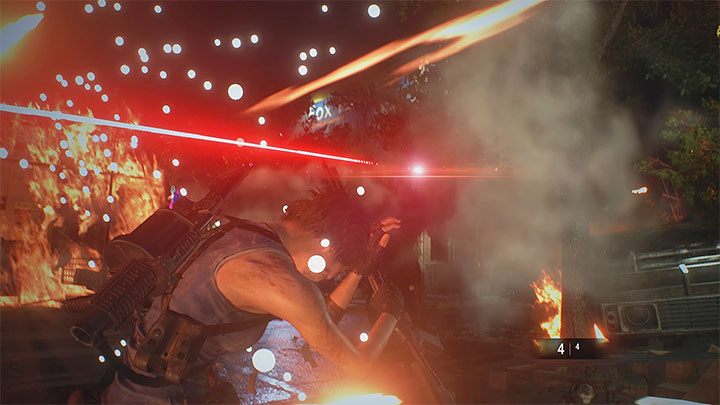 Continue running towards the Redwood Street Station. You must avoid Nemesis, again. Run a slalom so you don't get hit by a rocket. Stay away from Nemesis because he can "impale" Jill on the rocket launcher and kill her instantly.

Run into the side alley. Fortunately, you don't have to make it all the way to the partially raised gate - keep running until you trigger a cut-scene.

Go to the subway platform 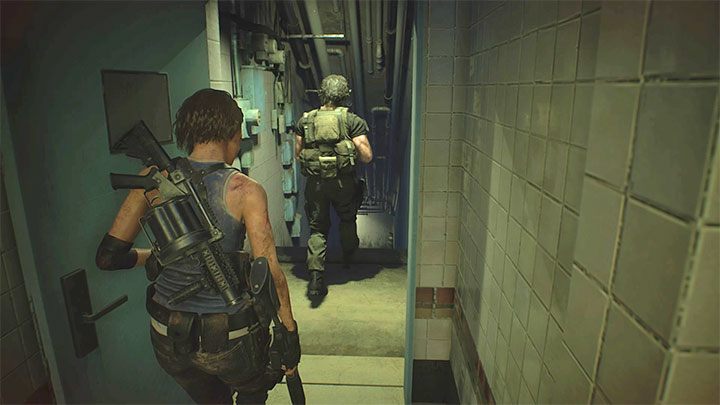 The last part of this chapter is very simple - just follow Carlos. Watch another cut-scene. This time you don't need to run away from Nemesis - it is just a cut-scene. You get the Escape from the City trophy/achievement.

Start the next chapter in which you play as Carlos.