This page of the guide to Resident Evil 3 Remake has a walkthrough for the Subway Power Substation. Jill visits this place to restore power to the subway. Our walkthrough explains step by step how to solve the puzzle of activating generators at the substation.

Reactivate Power at the Substation 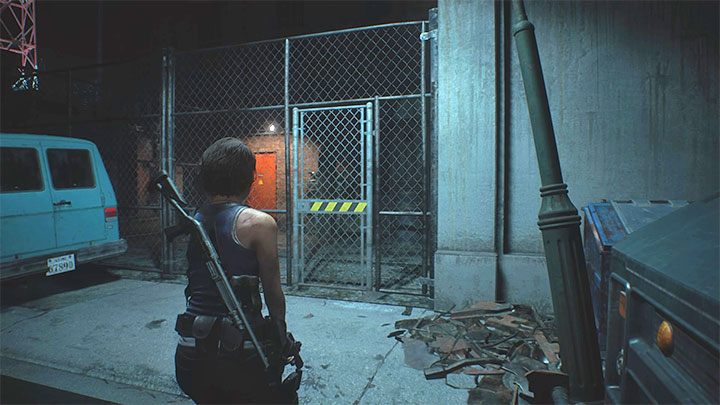 Your reach Subway Power Substation from downtown. Its entrance is shown in the picture above.

On the ground floor, kill the zombies hiding in the dark. Reach the upper floor of the building and enter the Control Room. Inside, you will find e.g. a typewriter and a hip bag that increases your inventory slots by 2 permanently. 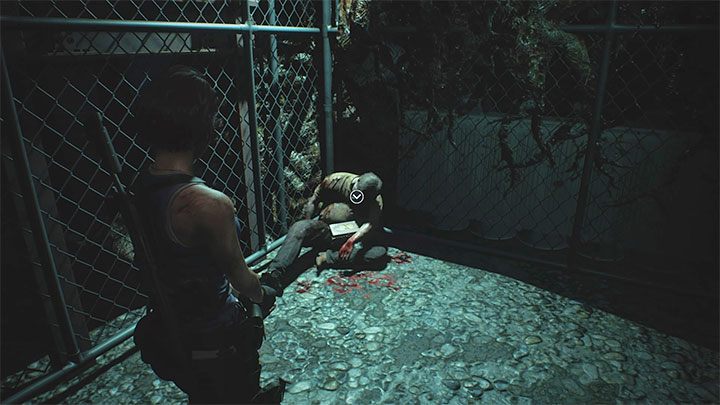 Go through the door leading to the back of the building. Be sure to pick up a green herb. It will soon be useful in getting rid of parasites.

Explore the left path. You will find a body with a case. Pick up the case and open it to get a lock pick.

ramkaniebieska}If you want, you can go straight back to downtown and use the lock pick to open all the containers and locked doors - this is, of course, completely optional. Information about locked containers and rooms with valuable loot can be found in the Secrets chapter.{/ramkaniebieska} 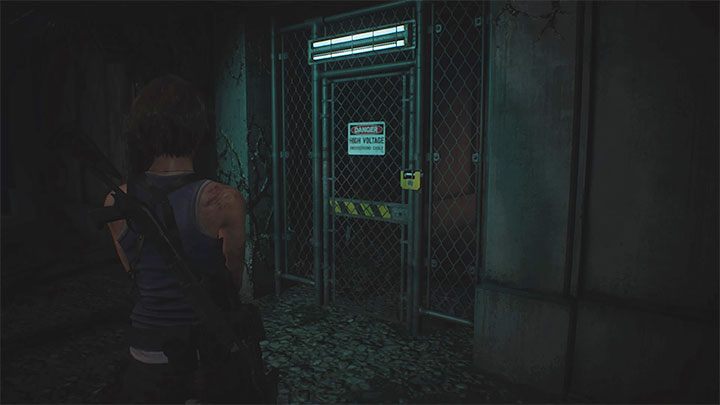 Reach the gate shown in the picture - it leads to an area with four breakers. The puzzle here is about locating and activating all the breakers.

Get at least 1 green herb before you open the gate. You can find some on the right side of the gate.

In addition, we suggest bringing a shotgun, which will be the best weapon to attack monsters who are interfering with the puzzle. 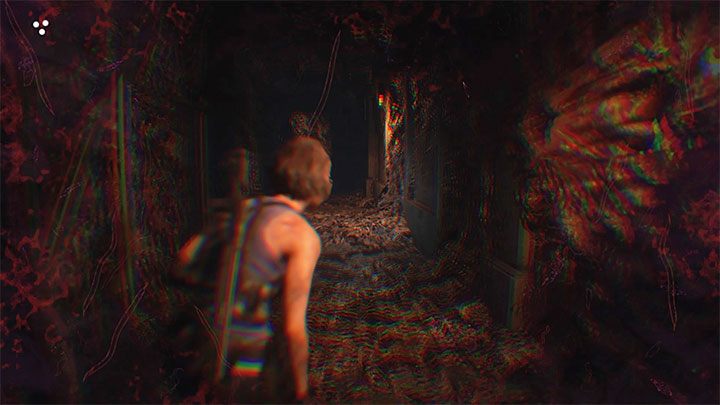 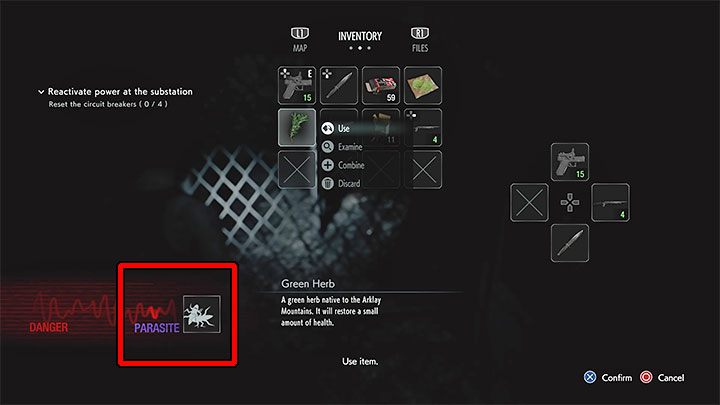 Just after opening the gate, Jill is attacked by the first spider in a surprise attack and unfortunately, this cannot be prevented. The heroine becomes infected with a parasite.

Infected Jill moves very slowly, but you can cure her with the Green Herb. The heroine will thus get rid of the parasite and be able to move and run at normal speed again. 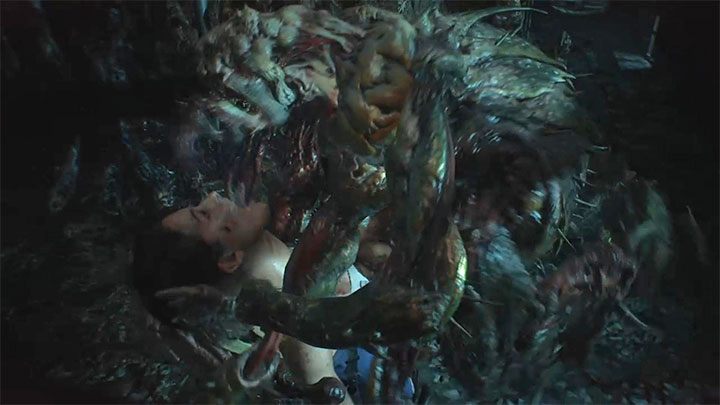 Unfortunately, you're going to be harassed by more spiders when completing the puzzle. They can also re-infect Jill if they manage to jump on her.

There are two solutions to this problem - attack spiders from a greater distance or perform dodges (press R1/RB on the pad) when a spider makes a jump. This will cause him to miss and also a bullet-time will be activated, enabling you to easily kill the spider. 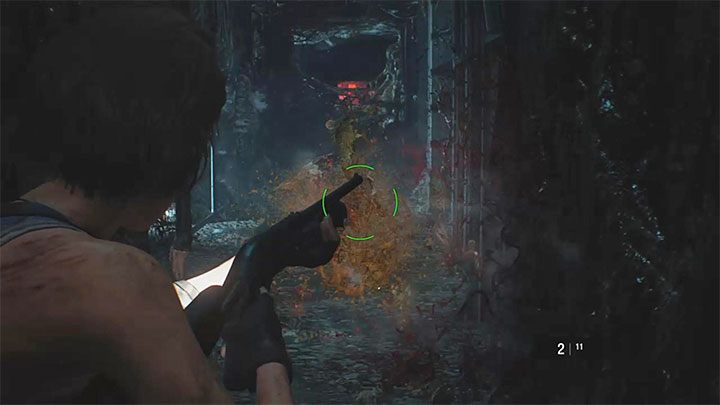 Against spiders, shotgun works best. Each spider should die after 1 hit, and if there were 2 spiders next to each other, they could be killed with a single shot from a shotgun. 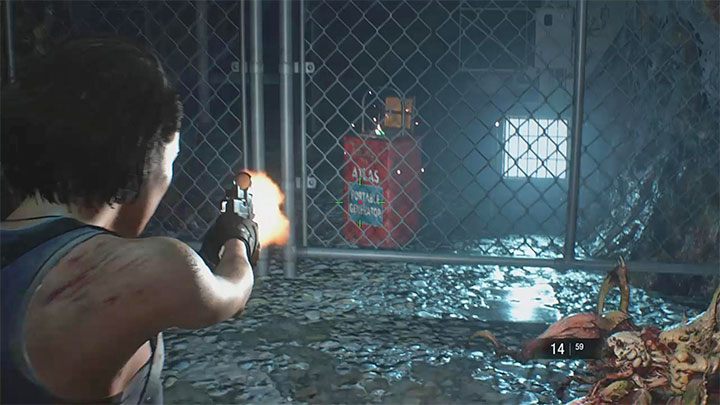 Watch out, spiders can also walk on walls and ceilings. Check these places a lot so you don't get surprised. There are small generators nearby that can electrocute spiders - shoot at them from a distance so that the heroine won't get electrocuted.

It is worth noting that you can find a few green herbs here. Carry at least 1 green herb with you in case Jill gets infected with a new parasite.

How to reach all 4 switches? 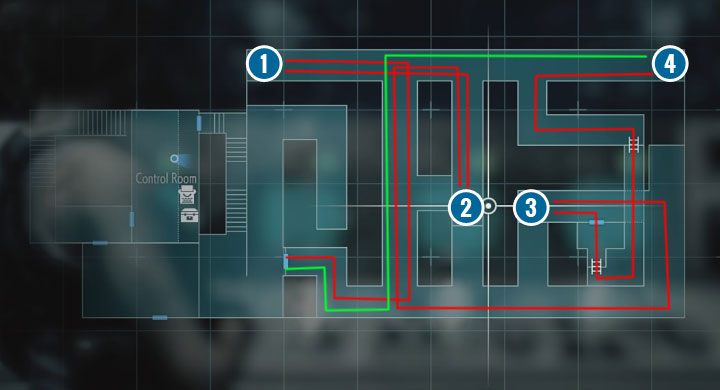 The optimal route to reaching the next breakers is shown in the above map. The maze of corridors is not too complicated, as many passages are initially blocked. 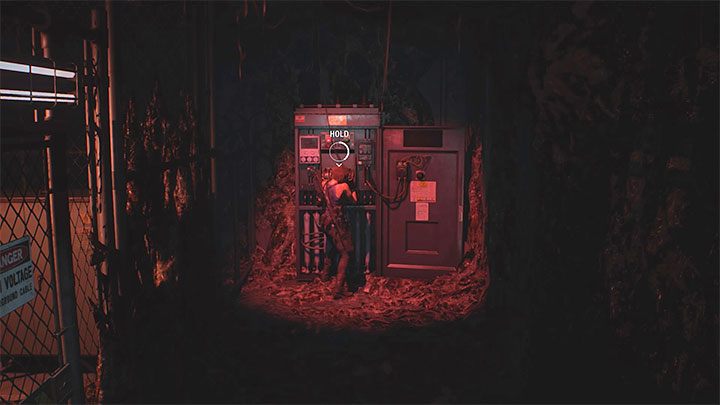 Once you reach each breaker, you have to hold the interaction button for a few seconds. This, unfortunately, makes Jill an easy target for spiders. Before you start the procedure of activating the switch, first get rid of the spiders in the area. In addition, after each successful operation, quickly rotate 180 degrees so that you can fire on incoming spiders if necessary. 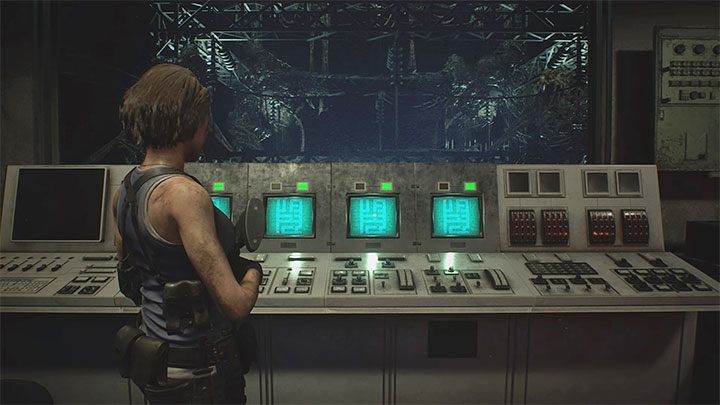 After activating all the switches, start running to the exit - head to the gate you opened earlier with the lock pick. Kill only those spiders that are an immediate threat.

Return to the control room and watch a short cut-scene. All four screens should now have green lights on. Before you go back, save the game and replenish supplies. Nemesis will cause you some problems along the way.