On this page of the Resident Evil 3 Remake guide, you will find the most important information about Resident Evil Resistance online mode. You will learn whether the online mode is integrated with the main campaign and check the basic principles of Resistance mode. In addition, we have prepared various tips that will help you win in RE Resistance, either when playing as heroes or as a mastermind.

This page is in preparation. The current version is based on official press materials and the demonstration version of the game. It will be updated and expanded after the release of Resident Evil 3.

Is multiplayer part of the main campaign?

No, it is treated as a completely separate production. As a result, it is independent of the main single-player campaign. You can complete the entire campaign in the single-player mode without playing RE Resistance at all.

Will Resistance mode be available at launch?

Yes, it will be available at launch of Resident Evil 3 Remake, that is, April 3rd, 2020. You can play this mode for free, although console versions require a PlayStation Plus or Xbox Live Gold subscription. It is also possible that this mode will have some microtransactions.

How does the gameplay in Resistance mode look like? 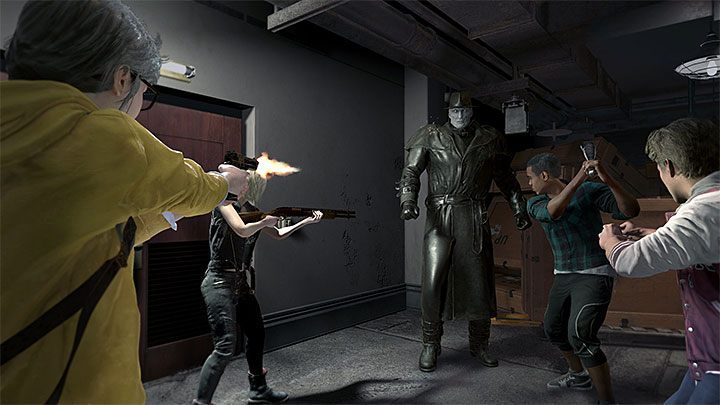 Resident Evil Resistance offers asymmetric multiplayer. This solution is similar to games like Dead by Daylight, Friday the 13th, or Predator Hunting Grounds - one person plays against a group of other participants of the same online session.

There are two main sides of the conflict in RE Resistance: