This section of the guide to Remnant From the Ashes contains a detailed description of the Shroud bossfight. You will find out what attacks the boss has, what battle tactics are suggested, and what secrets/rewards the defeated boss drops. 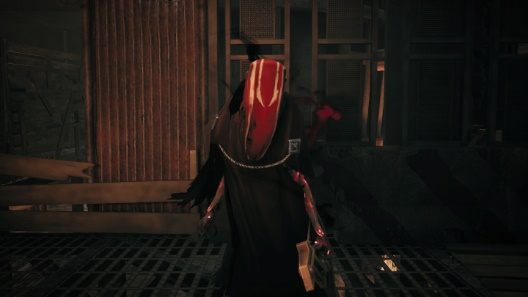 Shroud is a boss who keeps the player at a distance. In order to distract the player, large groups of minions appear in the arena. First, take care of the minions, and when possible attack Shroud's head and avoid his attacks. It is good to be in constant movement, follow Shroud and watch where he is going to move.

Shooting an arrow takes a while so you can freely fire at his head. If you notice incoming arrows, roll aside. After each attack, Shroud will teleport to a random place, so watch his shadow to attack him immediately. Sometimes, Shroud will raise his bow and make a distinctive sound. It's a sign to start running because its missiles can do a lot of damage if they hit the player. They fall from above, thus it will take some time between firing the arrows and falling on the player.