This section of the guide to Remnant From the Ashes contains a detailed description of the Dreamer / Nightmare bossfight. You will find out what attacks the boss has, what battle tactics are suggested, and what secrets/rewards the defeated boss drops.

Dreamer is the main boss. You fight it in Ward 17. This boss has two phases - in the second, he turns into Nightmare which gives him new attacks. Fighting it can be difficult, especially when you don't know how to fight his second phase. 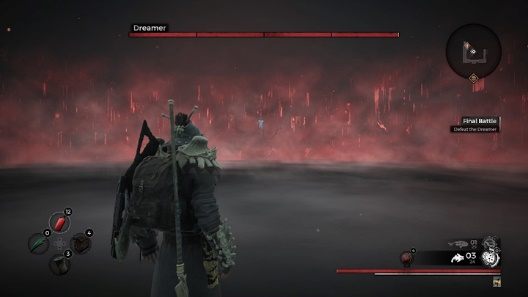 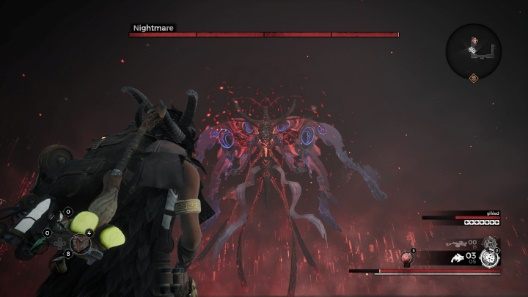 When fighting Dreamer, focus on shooting its head to deal additional damage. Try to defeat Dreamer as soon as possible - The Root reinforcements will come after some time, making this fight more challenging. It is important to keep a distance, aim at the head and avoid his attacks. Volley is very easy to avoid - Dreamer stops in the air and then shoots 3 projectiles. You don't even have to dodge, just use sprint.

The spin attack is also easy to notice because the only thing he will do is head towards the player. Until he is close enough, the only thing he will do is fly towards you slowly. This is a great way to deal as much damage as possible to Dreamer. When he is close enough, dodge backward, shoot him quickly in the head and repeat this tactic as long as possible. As long as the Dreamer doesn't fall to the ground and starts to spin, you can deal him a lot of damage. His improved version is worse because he pulls the player towards him to inflict damage with the tentacles. If you notice that Dreamer is pulling you in, roll away from him and don't try to approach him until he falls to the ground attacking you. His tentacle attack, the one where he shoots vertical waves of fire, can be avoided at the moment when he hits the ground with his tentacles. When you avoid the first attack, the second will take place after a moment. In the meantime, destroy all mobs that appeared on the battlefield. 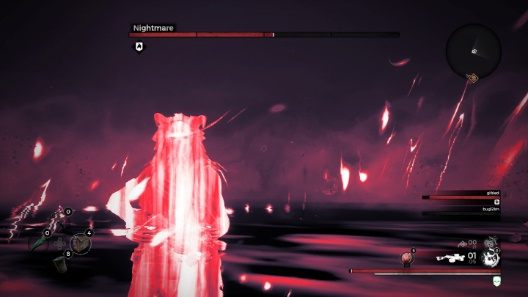 After defeating Dreamer, you will battle Nightmare: a huge bird-shaped boss. He is less dangerous than Dreamer but much more resistant than his previous version. When the battle starts, don't waste bullets on him - you won't deal much damage. The whole battle focuses on killing as many enemies as possible in the Shadow Realm, to which Nightmare will transport you from time to time. With each kill in that dimension, we get double damage, so it is important to kill as many opponents as possible. In this dimension, every second counts because the player's health bar drops every second. In addition, the longer we sit there, the harder the enemies become. There is even a chance to encounter previous bosses. It is best to kill at least 8 opponents and leave the dimension. After that, we immediately have to fight Nightmare. The boss will attack with large energy orbs that are very easy to avoid - just walk to the side when Nightmare shoots a projectile. Again, you need to focus on attacking his head. As long as his shield is up, you won't deal much damage - this depends on how many kills you got in the other realm. A great tactic is to use weapon mod that deals damage over time, such as fire. These effects are also buffed, which causes massive damage that will help destroy his shield. Once his shields are destroyed, aim for the Dreamer's head. He is located inside Nightmare. This will cause enormous damage. When Nightmare gets his shield back, you lose the buffs from the kills done in the other realm. You are moved to that dimension again. Weapons dealing area damage are useful in the other dimension. Run through the portal to another dimension once you get enough kills.

An interesting fact is that the fight looks a little different when you call another player to help. One of the players moves to another dimension, while the second player must fight, or rather avoid Nightmare's attacks while fighting with The Root reinforcements.