If you think Brabus is annoying, the you haven't fought with Scald and Sear. The winged creature (Scald) and hunter (Sear), are bosses who can annoy the player mainly due to the fact that the hunter's arrows, even when you don't get hit by them, can inflict Fire status. If they both attack you at the same time, you will almost always get this status. 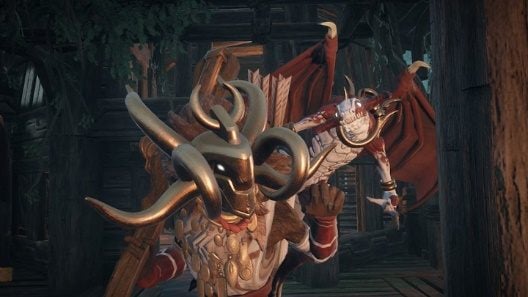 Before you start the battle, be sure to stock up on as many Hydro Coolants as you can - this item reduces Fire status. You will need a lot of them for this fight - sometimes, even a missed attack will still make you burn. Also, try to wear armor that protects from fire.

Start the fight by separating Scald and Sear, and concentrate on the flying enemy first. He isn't difficult to defeat when you fight with him without any assistance from Sear or mobs. Simply keep shooting him in the head and dodge when he throws bombs at you. Once you defeat Scald, focus on the hunter and the mobs.

When you notice fire bolts flying towards you, don't roll. Instead, start sprinting - there is a chance that the bolts won't set you on fire. One of the best tactics is to maintain a short distance. If you decide to fight him from afar, you won't have many chances to damage him - the boss likes to hide behind covers. Watch out for the mobs - they are good at diverting your attention from Sear. Defeat the mobs first and then focus on attacking the boss. If he inflicts Fire status on you, roll 3 times or use Hydro Coolant.