This section of the guide to Remnant From the Ashes contains a detailed description of the Thrall bossfight. You will find out what attacks the boss has, what battle tactics are suggested, and what secrets/rewards the defeated boss drops.

The Thrall is a boss who will try to keep his distance from the player at all costs. He is absolutely not dangerous at close range - that is why he uses teleportation to escape. 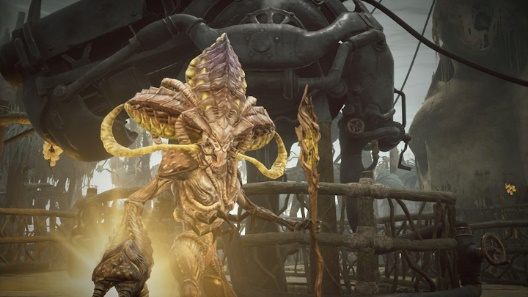 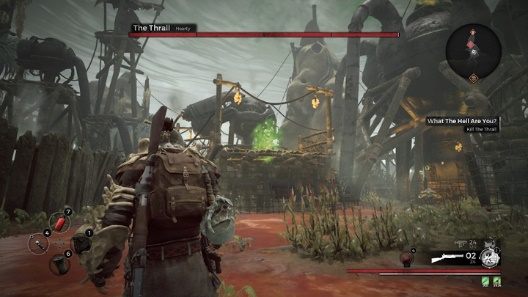 Remember to take a lot of Greenleaf, almost every attack done by Thrall inflicts Corrosive status. You can also get Adrenaline to be able to move quicker. Aim mainly at the back of the boss' head - this is his weak spot. Try to stay close to him.

The battle itself is not problematic, you only have to move a lot to avoid his attacks. Banshee, mobs that appear on the arena from time to time, can be problematic. Focus on them first and then take care of Thrall. Aim at this head (do the same with the mobs) - always pay attention to where he teleports. When he uses bombing, you can spot green circles on the ground. This is a good moment to start dodging. Attack the Thrall after the bombing stops.