On this page of the Remnant From the Ashes game guide you will find a detailed description of the Singe boss fight. You will find out what attacks the boss has, suggested battle tactics and what secrets/rewards the defeated Singe may leave behind.

Singe is nothing but a big black dragon whose main weapon is flames. Although Singe is a dragon, we don't have to worry about firing into the air - the boss rarely leaves the ground. Nevertheless, the fight against him isn't easy, especially since it is one of the initial bosses. 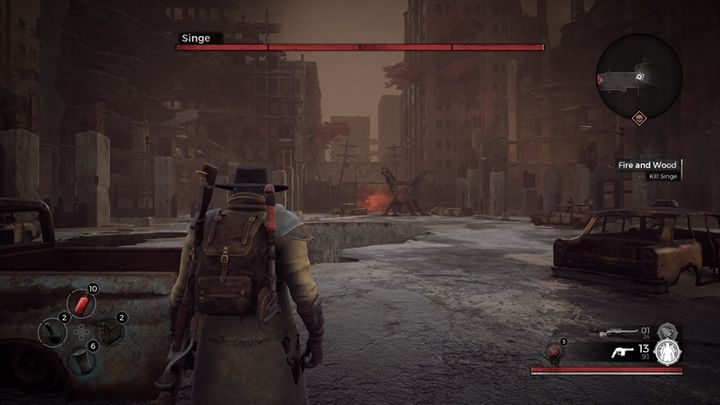 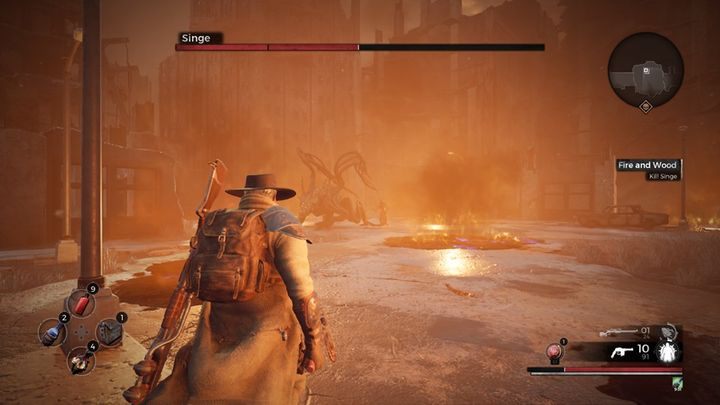 In order to fight this boss, you need to prepare Hydro Coolants (immediate recovery from Fire status) and Ammo Boxes (you can get them from the black dealer named Reggie in Ward 13). If you have a weapon that deals additional Fire damage, you better change it for something else. Siege is immune to any Fire damage, and mobs that help him fight can set themeselves on fire, making them more dangerous.

The best strategy to defeat the dragon is to fight at a mid range. Fighting in this way, we provoke the boss to use only his two movements, which are easy to avoid - Fireball and Dragon breath. Once in a while, Singe will stand up on two legs exposing his chest. This is an excellent opportunity to shoot him at his yellow heart, his weak point. The most important thing is not to be hit by fire attacks and eliminate mobs so they don't interfere with the fight. If your character is burning and you don't have a Hydro Coolant with you, perform 3 rolls in a row to remove the Fire effect.

The problem in the fight can be black oily spots. If a fire projectile or a burning mob passes through this stain, it will be set on fire. When you enter it, you will receive fire damage and receive Fire status.

An interesting fact is that you can tear off the dragon's tail, thanks to which we will get another loot after defeating it.