On this page of the Remnant From the Ashes game guide you will find a detailed description of the Gorefist boss fight. You will find out what attacks the boss has, what battle tactics are best, and what secrets/rewards the defeated Gorefist may leave behind. 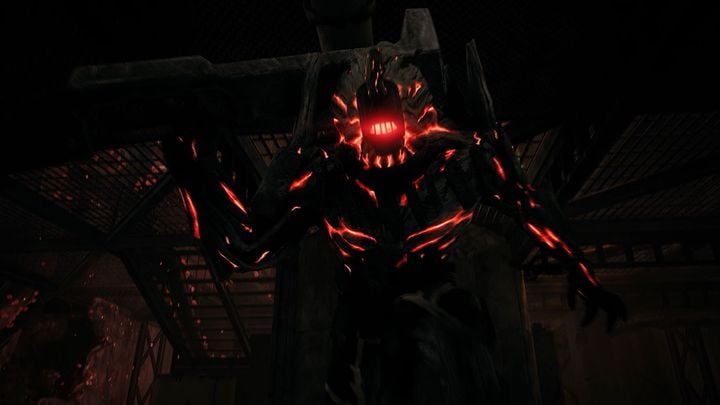 Before the beginning the fight with him, turn right, go up the stairs and start the fight there. A good way to fight him is to keep him at a distance and provoke him to use a charge. It will give us plenty of time to attack him without any problems from a safe distance. It is best to aim at his head - a shotgun is perfect for that (or other small/medium range weapon). Every time you avoid a charge by dodging in towards him, shoot him several times in the back - this is a great opportunity to do so. Be on the move at all times, it is not worth fighting with him in one place, especially since the location is large.

Remember, the boss will soon be accompanied by reinforcements. Their distinctive feature is that they make strange noises, which become louder as they are closer to us. If we don't see these creatures, and we hear they are near, they are likely to attack us from the other direction. It is important to deal with exploding mobs first, as they can surprise you and deal big damage. We don't have to use ammunition on them, all they need is to blow up close to us, killing themselves.

Note! Gorefist's attacks can reach you even through a wall. Also, don't think that you are safe when he attacks near an obstacle. Always roll when you see him performing an attack, even if he is behind a wall.