From this page of the guide you will learn what editions of Red Dead Redemption 2 are available. You will also find out what is the full content of the collector's edition of RDR 2.

Red Dead Redemption 2 is sold as: 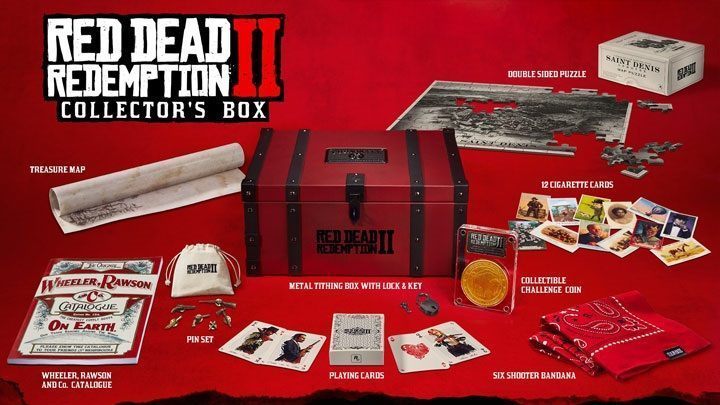