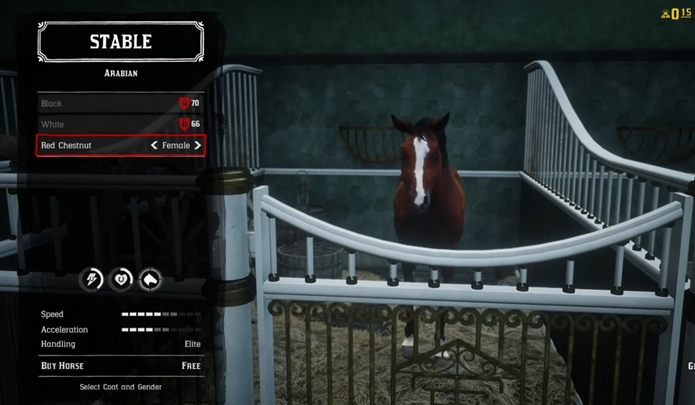 The starting horse isn't good - the animal is slow, gets tired fast, and traveling with it turns into a chore. Finding a better one that will have more endurance, and enable you longer travels should be your priority. To do this, try to unlock higher ranks as soon as possible, as it will give you access to new horses. The best way to do this to take part in the series, where you can quickly gain a lot of experience points.

Participate in a series 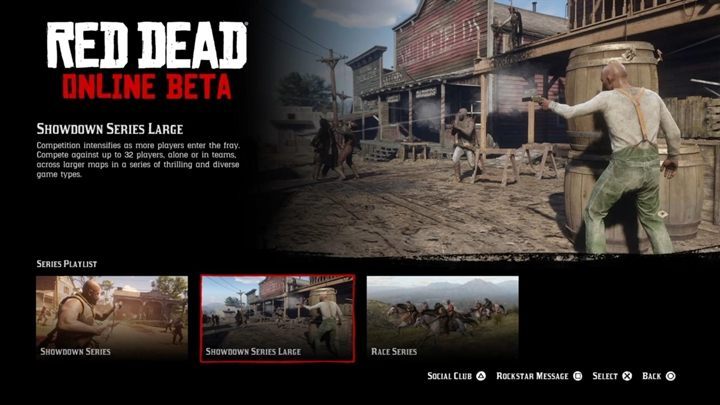 Series matchmakings are a great source of XP, money and gold nuggets. Try to get a few ranks here to get enough resources to buy new items and buy a better mount. It's best to sign in on a playlist of series (the relevant option can be found in the game menu) to save the time.

The overall appearance of your character is permanent 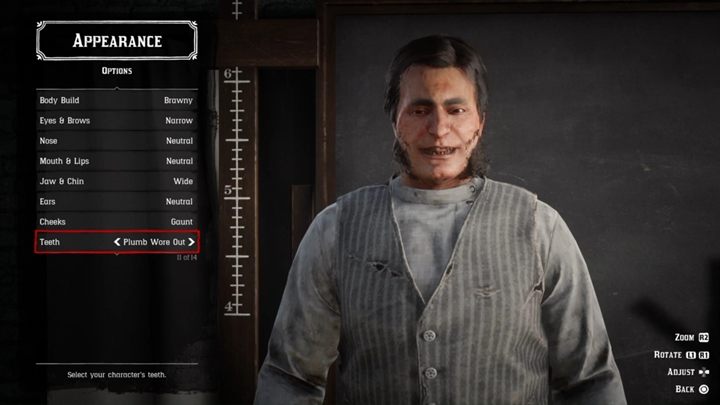 If you make a caricatural-looking character, you will have to play it throughout your entire adventure in Red Dead Online. The only aspects you can modify during the game are your hairstyle, facial hair style, and clothes. Try to create a character that won't repulse you or the other players. Unless your intention was to create Frankenstein's monster's younger brother, if so, then by all means, please do!

Try to knock enemies down when you are fighting with them 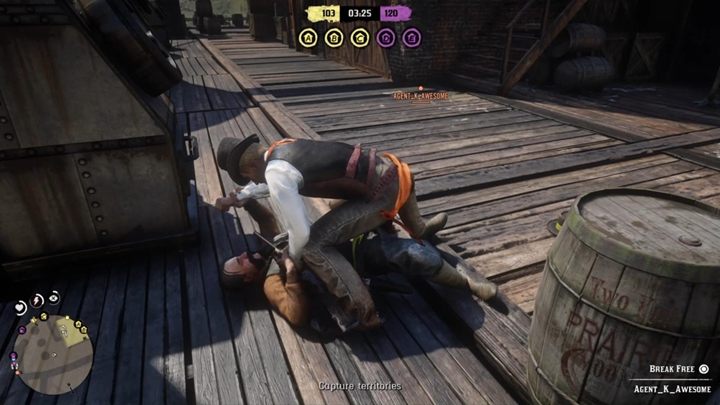 When you knock an enemy down (for example, when you are fighting with a knife), you will get a chance to kill them instantly by pressing Square/X. It's a fantastic way to kill enemies quickly - what's more, taki down an enemy in hand-to-hand combat is awarded with more experience. So as soon as you can, charge your enemies right away - even if you can't knock down your opponent, you'll be able to land a few quick blows with a knife, which will take a lot of health.

Stay vigilant when you notice another player 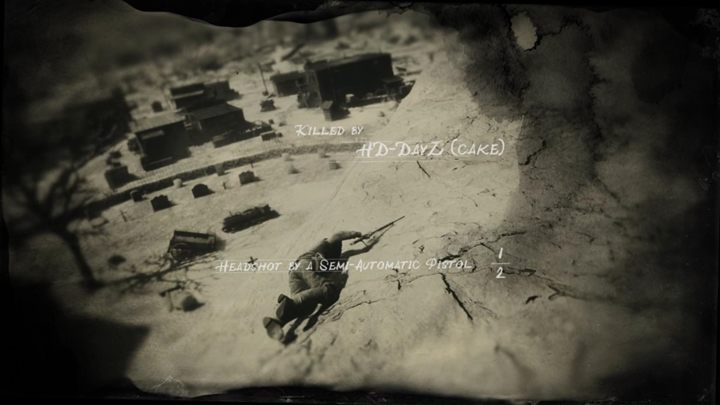 Sadly, the Wild West and the game's rules are ruthless. Almost every player encountered during the game will try to kill you. This is especially evident when you are visiting a town, where you'll encounter numerous players. Many of them will do their best to kill you, so be prepared to fight.

Think about playing in a posse 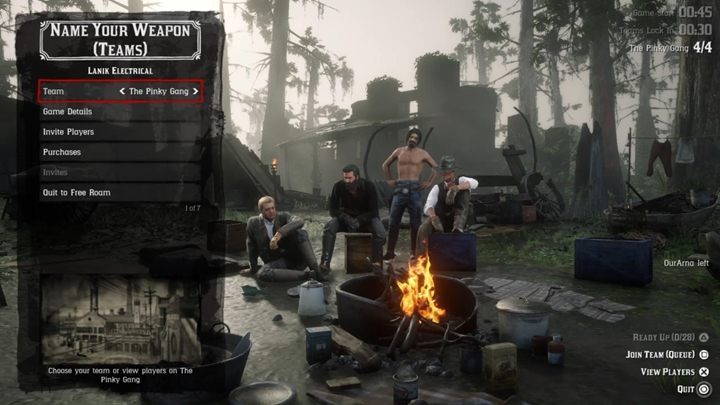 Think about joining a posse if you plan on playing Red Dead Online for an extended period of time. You will have an easier time completing Stranger and main missions, and you will be able to participate in Posse Versus missions. Playing alone can be a very frustrating experience. . The game allows you to join and create temporary gangs, which are the perfect way to meet new players.

Receive a free horse and a revolver

This feature is currently available only to PlayStation 4 owners - those who play on this system can receive a free Arabian horse. Visit the nearest stable and claim your free mount (this horse has great stats!).

Also, don't forget to visit a fence - you will be able to receive a free revolver - these are the perfect presents to begin your adventure with Red Dead Online.

Kill with a knife and target the heads! 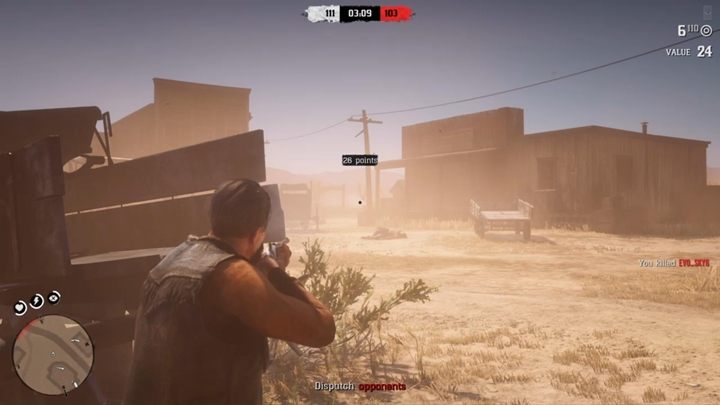 Additionally, you'll get some extra experience points when you perform headshots. Try to aim well, and go for their heads. 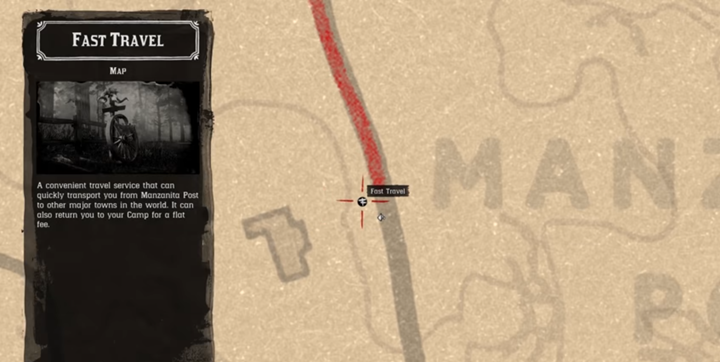 Red Dead Online features a fast travel option. The map features icons with a road sign - they serve as fast travel points. However, this option isn't free. On level 65, you can unlock the quick travel option in your camp. 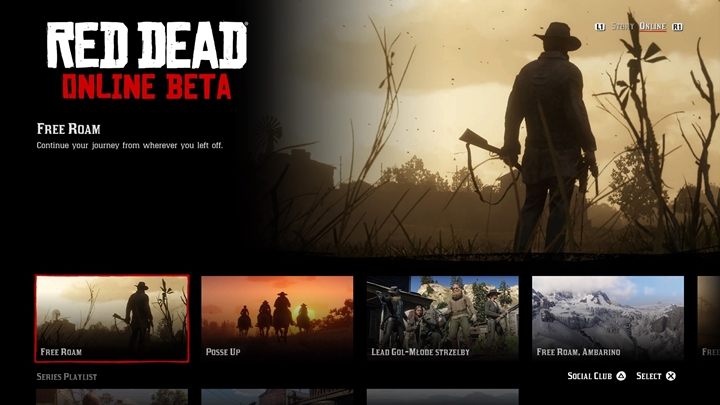 The fast travel option requires you to pay money, but there is a way to get around it - open the menu, go to the online mode and select the option to start Free roam in, i.e. Ambaribo, Lemoyne or New Hanover.

Use the handheld catalogue 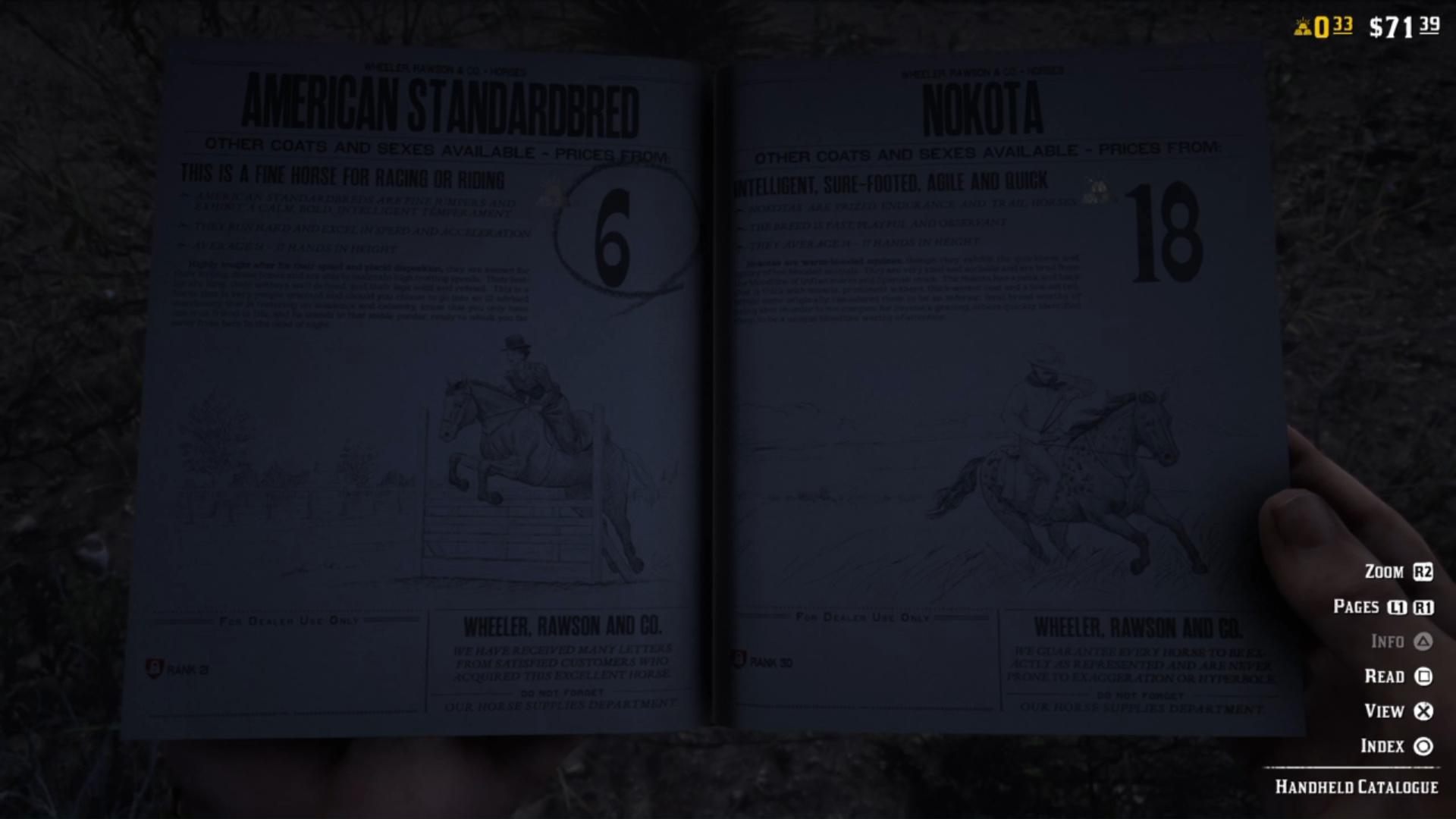 The handheld catalogue allows you to purchase various items while you are out in the wilderness. This is a great option when you want to buy something right now. You can receive purchased items by, i.e. visiting a post office or by going back to your camp. Watch out, because you are a very easy target when you browse the catalogue.

Stranger missions? Complete them only with your posse! 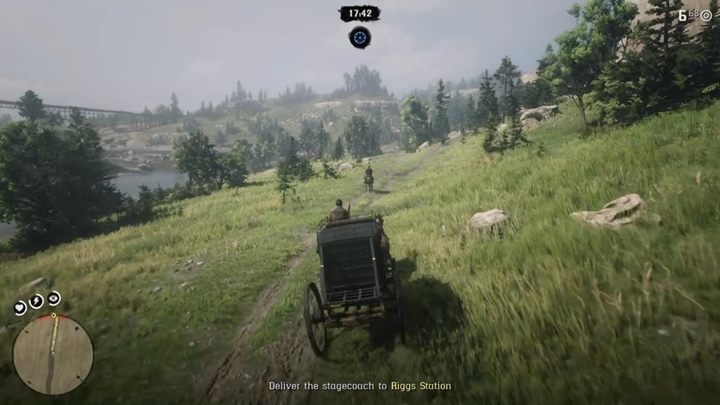 The game offers numerous Stranger missions - they usually require you to find/bring/transport/kill someone. These quests are simple - the problem with these missions is that other players will try to stop you from completing the goal. It is better to do these missions in a posse to scare other players away. 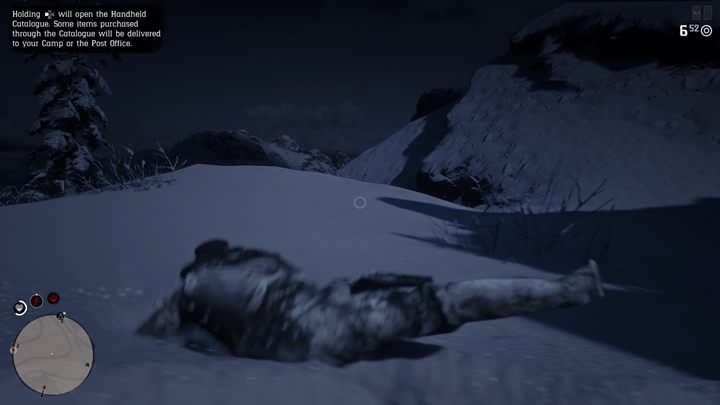 While aiming at someone, press the right button (i.e. Square on PS4) and move the left analog stick to dodge in that direction. This is the most basic technique used during fights with other players - these enemies are more dangerous than the ones found in the campaign. 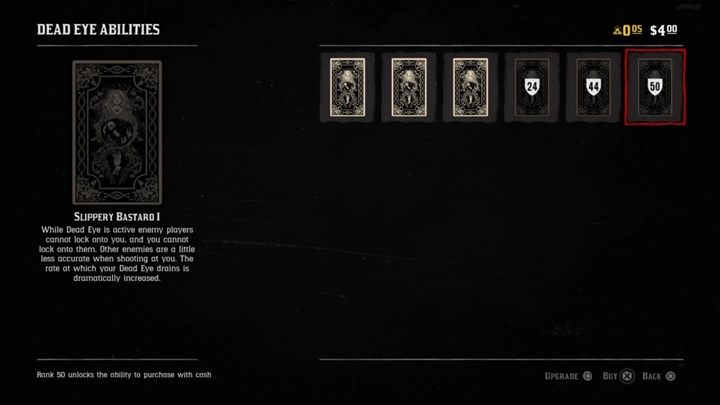 Dead Eye doesn't slow the time down - it works completely different in multiplayer. You can find cards that will change this unique ability, i.e. your character can deal more damage, heal themselves etc. Adjust the Dead Eye to suit your preferences. New skills will be unlocked as you advance to higher ranks. 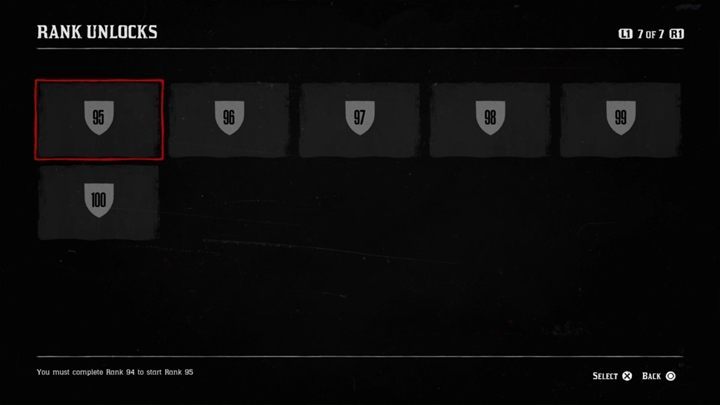 The game has 100 ranks. Almost every rank unlocks new accessories, horses, skills or clothes. The creators have done their best, so that their game keeps surprising you with novelties and to make you feel that you are constantly unlocking new things. Rank prizes can be viewed in the game menu or in a dedicated page of our guide. 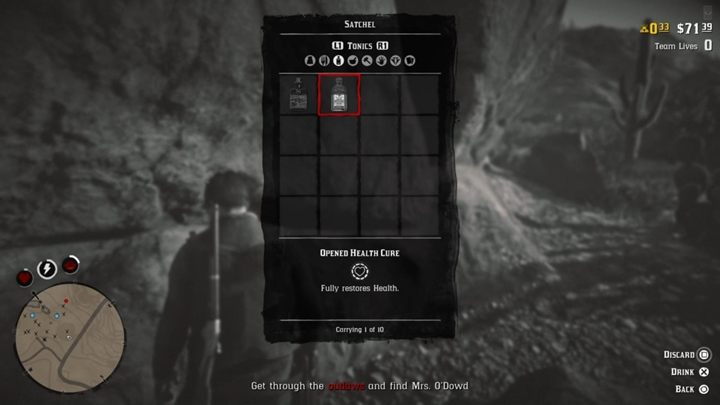 After a few hours with the game, your character should have a lot of money - remember to purchase spare items that regenerate cores both for you and your horse. . It's also worth buying some horse food, which will regenerate its endurance - there will be a lot of riding before you!

Choose how you want to walk and pick emotes 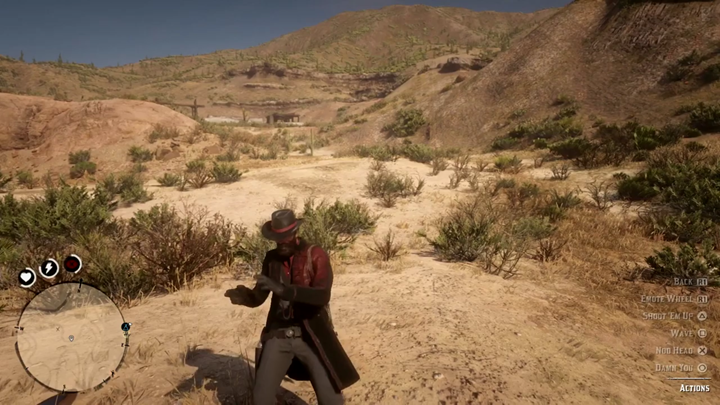 The menu allows you to change the way your character is walking, and the emotes which, i.e. will appear on the emote wheel. If you want, you can have your character walk like an gunslinger and provoke others by fake shooting with your fingers. 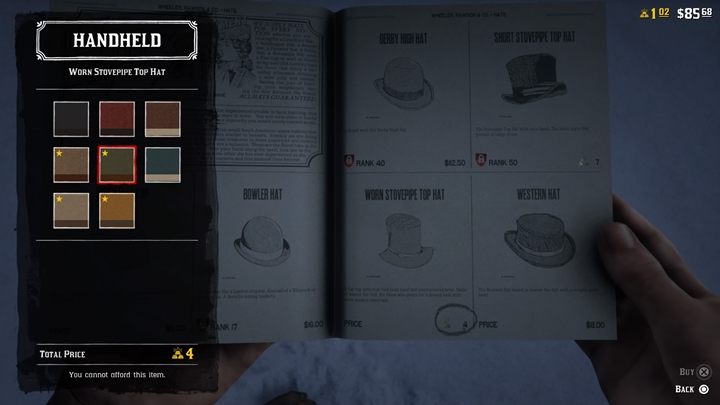 Gold is the second currency (besides money) available in the game. You can spend it on premium items, weapons or horses. Later, players will be able to purchase this currency with real money. However, you can still get a little bit of gold without spending money - 100 gold nuggets will give you one gold bar. Although there will be some microtransactions in the game, Rockstar assures that they will have no influence on the gameplay balance.

Your character is stuck? Commit suicide 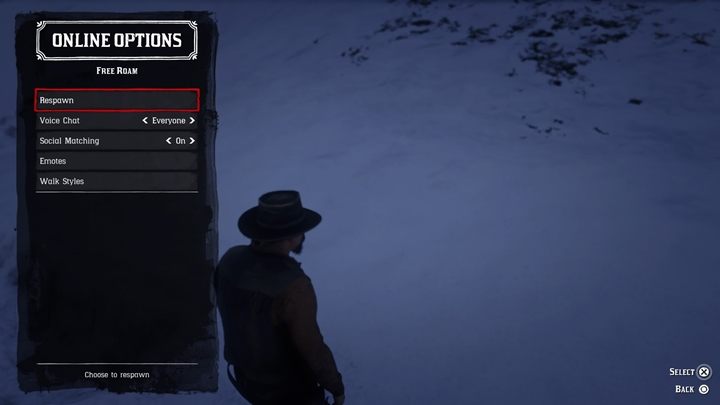 If you get stuck, open the online options (left on the d-pad) and select the suicide option. You will respawn in another place. It's useful when, e.g. you get blocked in some strange place and are unable to move. Killing yourself won't result in any penalty or price, so you are free to use this option. 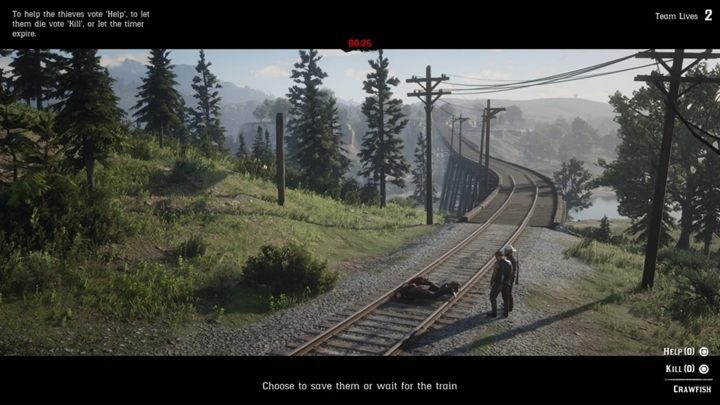 Currently, the beta of Red Dead Online offers 8 story missions. Two of them require high honor, while other two missions are for characters with low honor - experiencing all the content forces you to change your honor level. If you want, you can visit special NPCs, which will exchange your honor for gold.

You want a lot of money and high ranks? 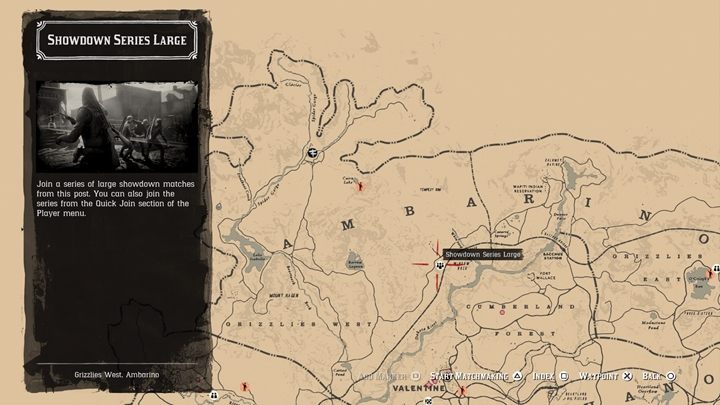 The key to success is to participate in matchmaking. Almost every mode rewards players with a lot of money, a good amount of XP and a few gold nuggets. For fans of more story-oriented modes, the developers have prepared 8 missions similar to those found in Red Dead Redemption 2, and Stranger quests.

In fact, virtually every in-game activity comes with some kind of reward, so simply spend your time in Red Dead Online however you want at the moment