Red Dead Online has a few different game modes. First, you have to complete the prologue which will teach you about the basics. Once you create your character and complete the tutorial mission, you will be able to choose one of the following game modes: 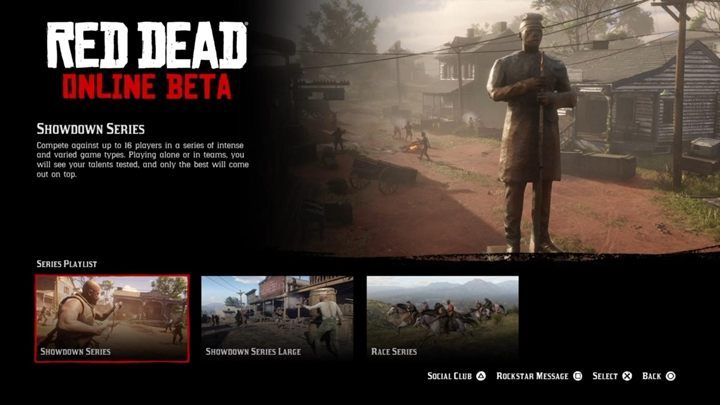 The core mode of RDO. You start on RDR2's map, alone. You can explore the world known from the game's single player campaign. The map has markers for various side activities: race series, Stranger missions, story missions or various modes for showdowns between players.

Another thing you can do is, for example, to track down other players, interact with them, hunt wild animals or focus on fishing.

A posse is a group of players who want to cooperate with each other. Details on creating a posse and their descriptions are on one of the pages of this guide. Usually, it is best to play with friends. However, even temporary gangs with strangers are a great way to complete missions and have adventures in RDO. 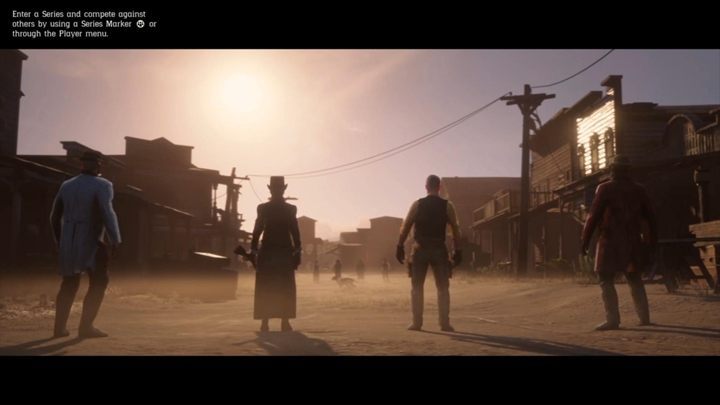 Compete with 16 players in a series of these intense modes. The beta version of Red Dead Online offers you five modes where you can fight with other players. You can play them solo or with friends. Choose from:

The competition becomes more intense - the fights happen between larger groups of players. This time, you play with 32 players - solo or in a team. The maps are bigger, but the game modes are the same as the ones described above.

A game set in the Wild West needs horse races. Jump in and ride as fast as you can. You can race on various tracks - many of them require a perfect control over your horse.