On this page of the Ratchet & Clank Rift Apart game guide, you will find out how to unlock the challenge mode or NG mode. You will learn about the rewards and rules of the New Game Plus mode. 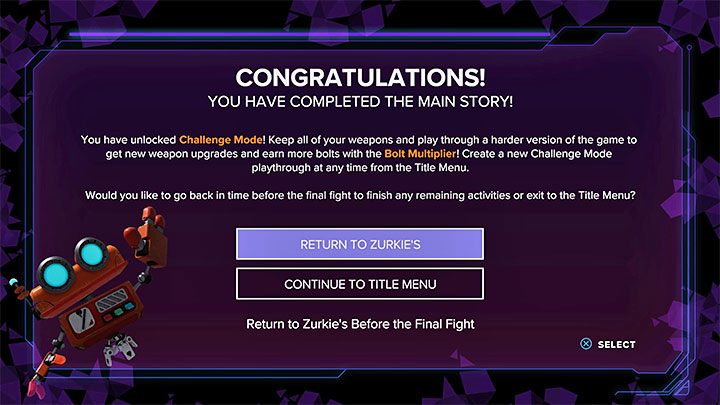 Challenge Mode is unlocked after completing the main story, regardless of the difficulty. 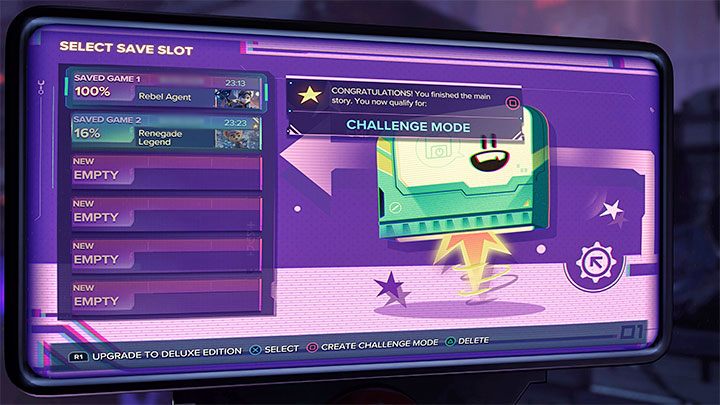 From now on, you can activate the challenge mode from the main menu by pressing Square.

Note that starting the game in challenge mode does not erase the previous save or overwrite it. From this point on, you will be able to choose between two saves from the main menu - the one for the first playthrough of the game (for example to complete the game) and the one in the challenge mode. 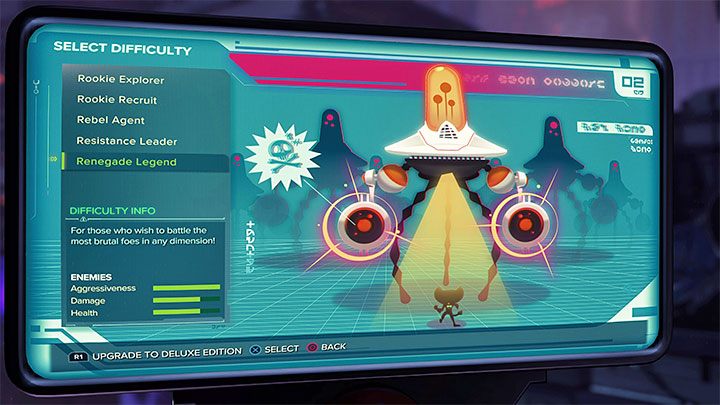 Challenge mode allows you to start the campaign from the beginning with a higher level of challenge. The game allows you to select a new, highest difficulty level (Renegade Legend) when starting a new game, in which enemies are stronger and deal more damage.

You can transfer most of your progress from the first playthrough of the game to NG mode. You can carry over: 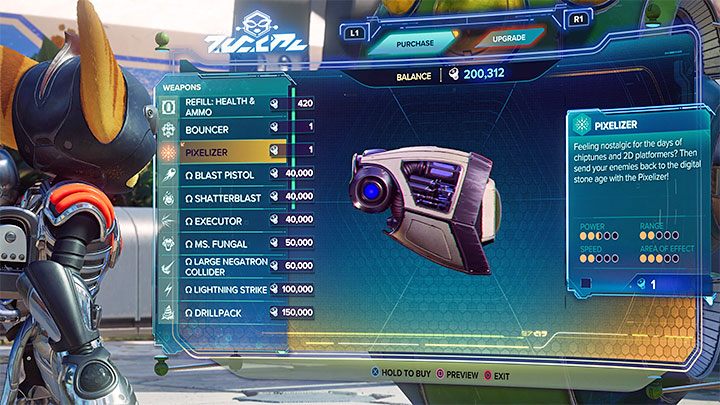 One of the most important new features of the challenge mode you will notice when you visit Ms. Zurkon for the first time. She will offer 2 brand new weapons that were not available on the first play-through. These include: 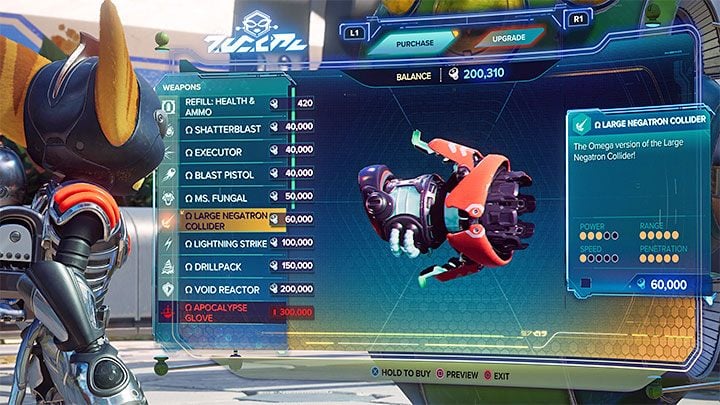 Another news is that you can buy so-called Omega weapons. These are stronger versions of the weapons you may have used during the first playthrough of the game.

Buying Omega weapons is only available for weapon models that you have developed to level 5. Each purchase requires you to spend a large number of bolts, but you can use a Bolt Multiplier available in Challenge Mode so that you can accumulate larger amounts of bolts faster. 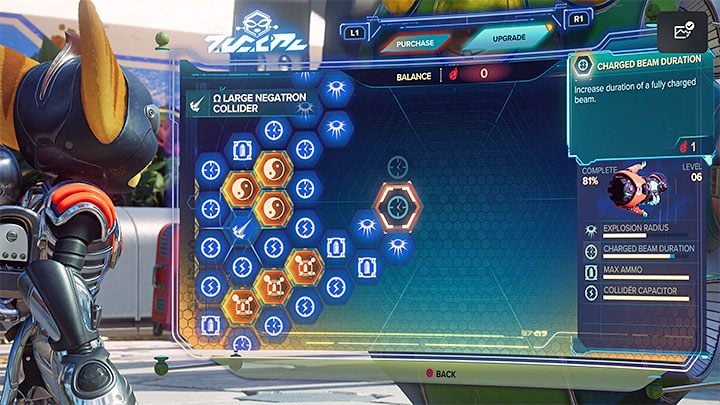 Omega weapons can be upgraded up to level 10- new levels will appear in the development tree, and as before, upgrading will require spending raritanium.