This page of the Ratchet & Clank Rift Apart guide has the second part of the walkthrough for Viceron and Zordoom Prison. From our guide, you will find out how to get to the cell with Ratchet and Kit, shut down the reactor, and free the prisoners. 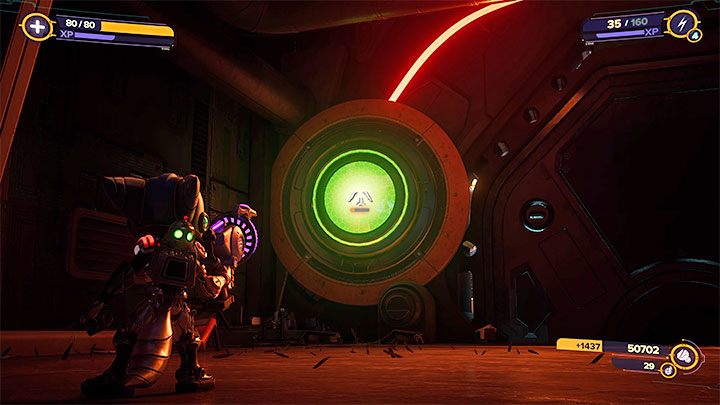 After you grab the grappling on Ratchet and Kit's cell, you will reach the new central part of the map. You will have to rescue the heroes again.

You can look around for crates and Raritanium, or you can go straight to the large gate. In order to open it, you have to hit the big button next to it. 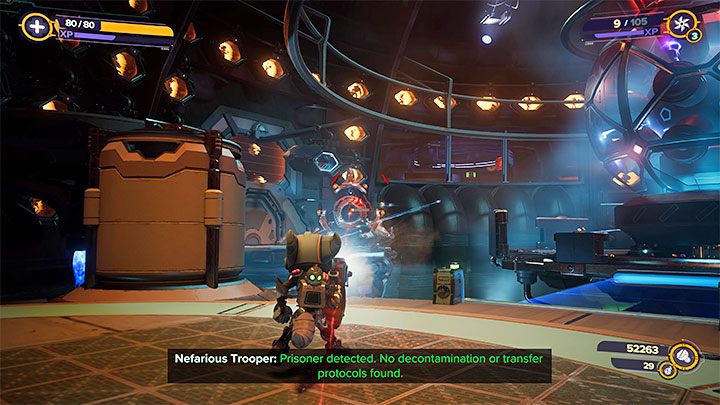 After entering the room with the reactor, expect to encounter new enemies. Eliminate the Sniper Bots to prevent them from laser attacks.

After the fight, use the power bridge to head west and enter the prison block where the V.I.Ps are being held. From the imprisoned characters, you will learn that you have to sabotage the reactor.

Shut down the reactor 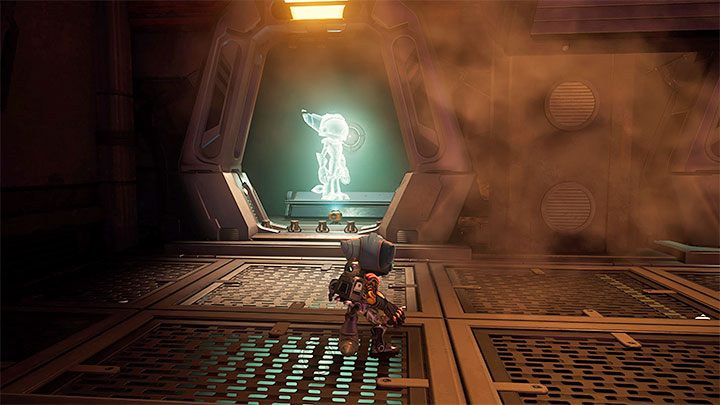 Start by defeating all the Nefarious machines in the west block of the prison.

After winning all the fights, you can optionally climb to the upper level of the southern part of the room. Next to the cells with prisoners, you can find the piece of armor shown in the picture, which isn't protected in any way. 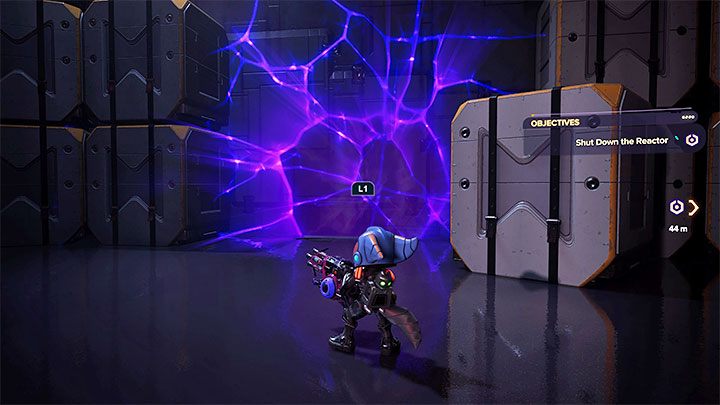 Head west. Nearby, you will find Mrs. Zurkon's new store, though you won't find any new weapons in her offer.

In the area, you'll also find a final Pocket Dimension, which involves completing an obstacle course with the help of the Speetles. Completing it will reward you with the next piece of armor. 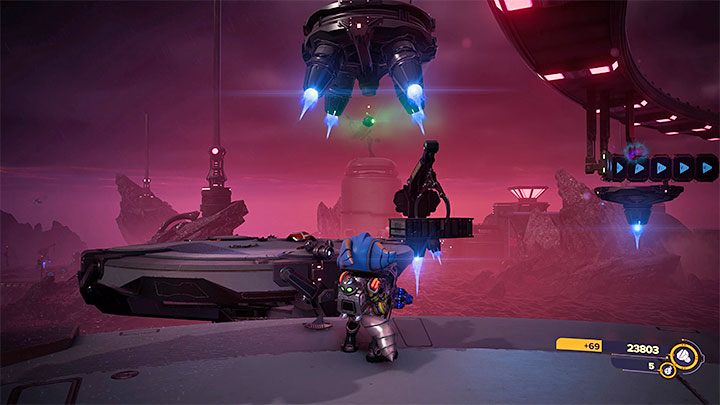 After leaving the Pocket Dimension, reach the west platform and then turn north. As you cross it, you have to use the grapplings, pulling into gaps and running on the walls. When using a rope, remember to swing before making the jump. 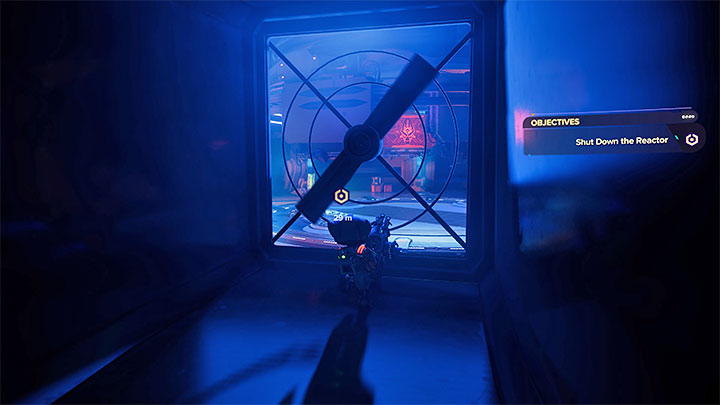 You will find yourself on a shelf next to the room with the reactor control console. In the place from the picture, use a white weapon to destroy the fan grille.

After entering the Warden's Office, interact with the control console.

Return to the V.I.P. Section 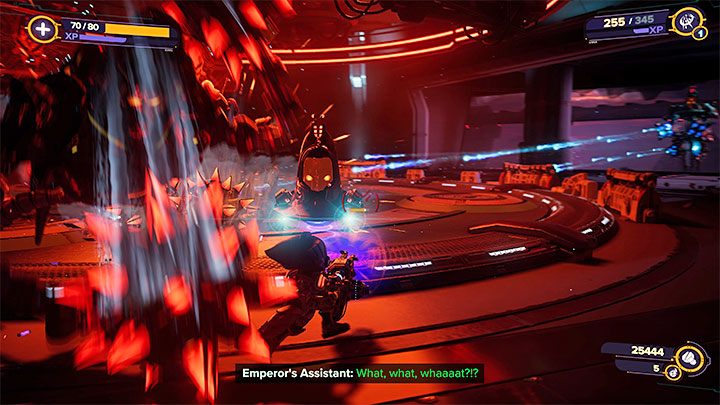 Sabotaging the reactor will lead to a major battle with Nefarious's troops. Use the space to avoid their attacks. For larger groups, consider using an area weapon. You can also summon your allies to the battlefield.

Expect more enemies to arrive through the gaps. It is best to stay away from them to avoid being suddenly surrounded by enemies. 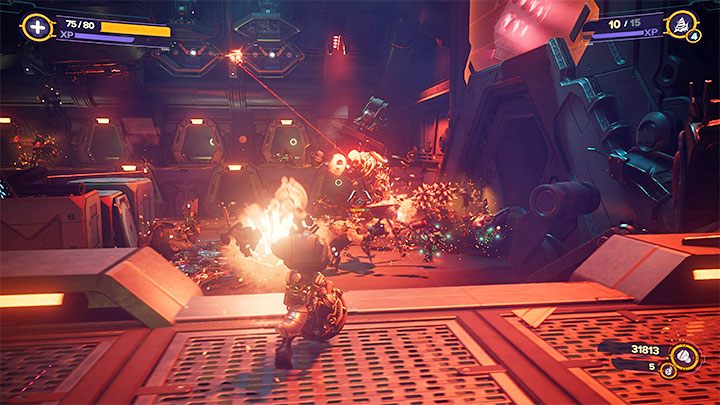 After the fights are over, head towards the passage marked by the game. There will be more battles in the main room of the prison block. Take advantage of the fact that not all enemies will attack Rivet right away. 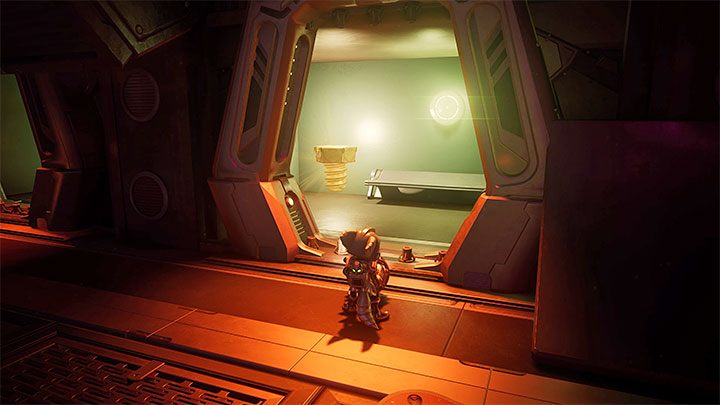 It is a good idea to explore the surroundings that are now available - you can do this now or only after the fights. In addition to the chests and Earitanium, you will also find a Golden Bolt (in the cell where Mort was imprisoned). 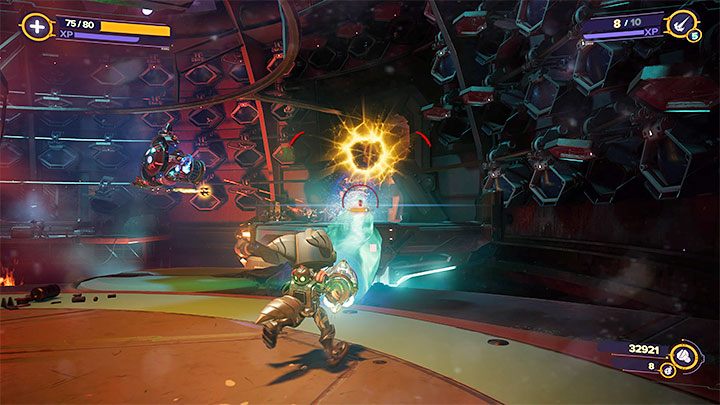 The next fights will take place in a large circular room with the turned-off reactor. When fighting in this location, avoid falling into the abyss. You may also use the gaps to pull yourself to adjacent shelves.

Despite receiving a new mission objective related to Ratchet, you don't have to rush. Eliminate the from this room and follow a path that involves pulling yourself to the gaps.