This page of the Ratchet & Clank Rift Apart guide has the first part of the walkthrough for your second visit to Savali. Our walkthrough explains, among other things, how to win battles with the undead on Savali, how to escape from Emperor Nefarious' ship, how to activate all mining machines, and how to unlock the passage to the catacombs.

Get to the Archives 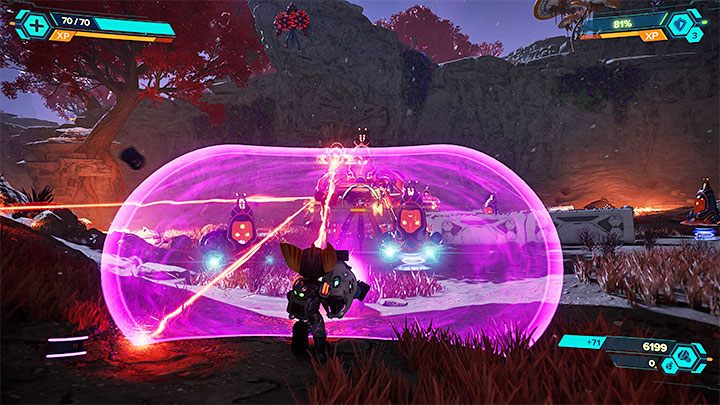 You can begin exploration of the Savali planet with an optional encounter with Ms. Zurkon. However, she won't have new weapons for sale.

You will start encountering new enemies - initially, it will be more of Nefarious machines. You can fight them or focus on traveling to the destroyed Archives in the central wilderness - this is your new main objective. 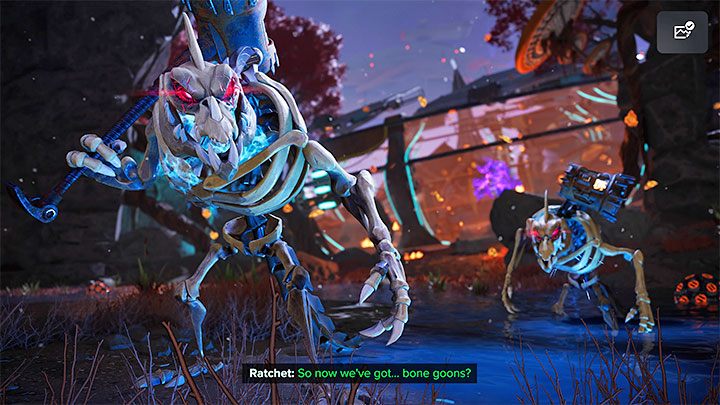 Starting from this location you will also start encountering skeleton enemies. They don't require any unique tactics. You can use your favorite weapons.

Head towards the crack marked by the game in the central part of the Archives wreckage and watch a cut-scene. 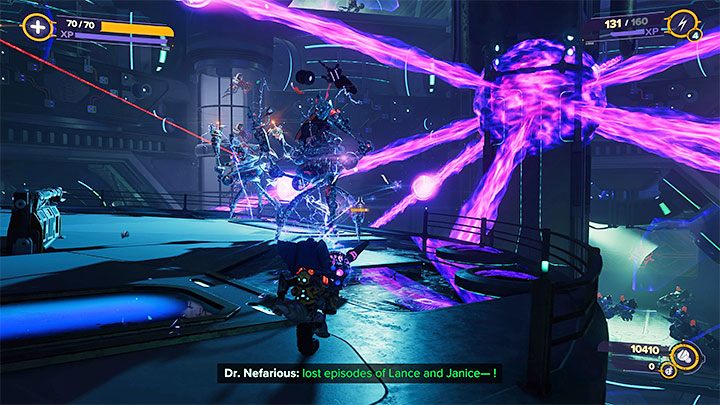 You will now be on Emperor Nefarious' Flagship. Defeat a few machines. Don't forget to switch to good short-range weapons if some enemies manage to get dangerously close to Ratchet. 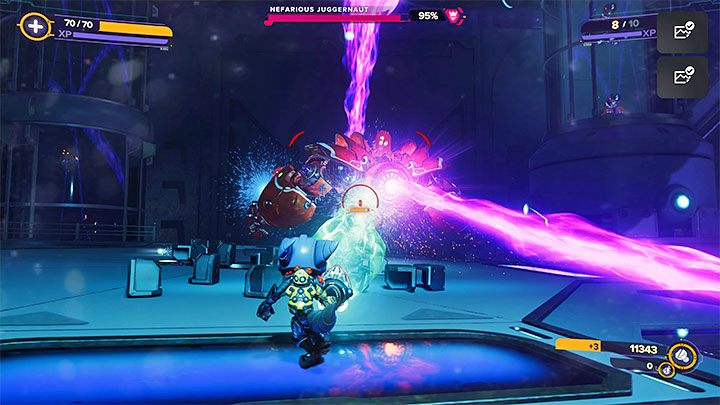 After eliminating enough regular enemies, a new mini-boss will appear - Nefarious Juggernaut. Use your strongest weapons and dodge with Phantom Dash (the Juggernaut's purple attack is the most devastating).

After winning the battle with the Juggernaut, watch a cut-scene from your encounter with Gary. You will be back on Savali. 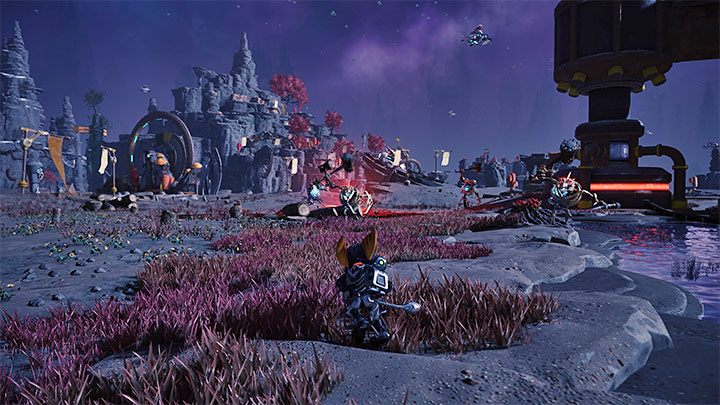 Your new task is to activate several Excavation Towers. Start by reaching the areas marked on the map and deal with the enemies. Expect to encounter, among other things, more undead enemies - fight them from a distance. You can also find rifts in some locations. 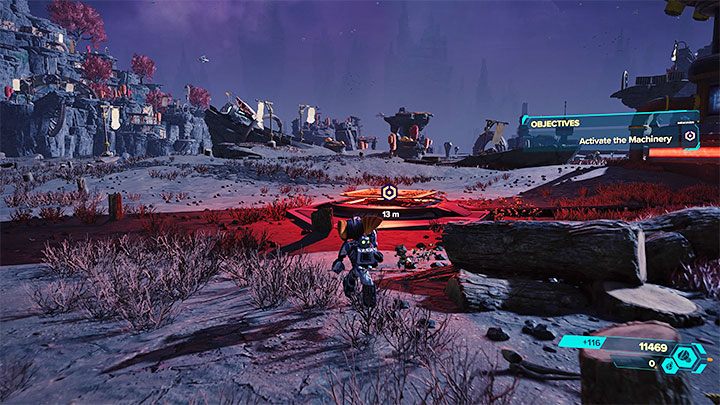 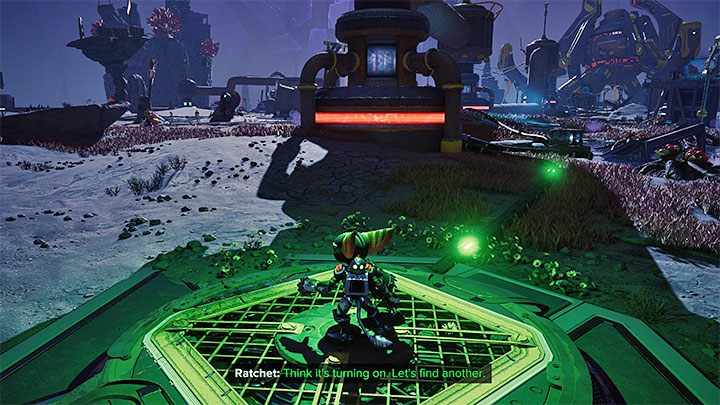 After securing the area, you must find the pressure plate. To press it, jump (X) and press the Square button to use your melee weapon while in the air. The plate will change its color from red to green. 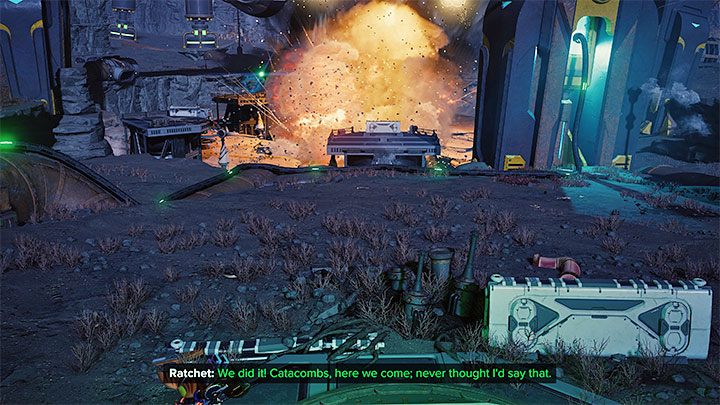 Pressing the pressure plates in all 3 locations will cause an explosion. This will create a large hole and unlock the passage to the catacombs. The catacombs are discussed in detail on the next walkthrough page.