This page of the Ratchet & Clank Rift Apart guide covers the fourth and final part of the Ardolis walkthrough. You will learn how to protect Captain Quantum, how to destroy enemy ships, how to sabotage the Plunder Beam, and how to defeat the Tide Twins (boss fight).

Protect Quantum from the pirates 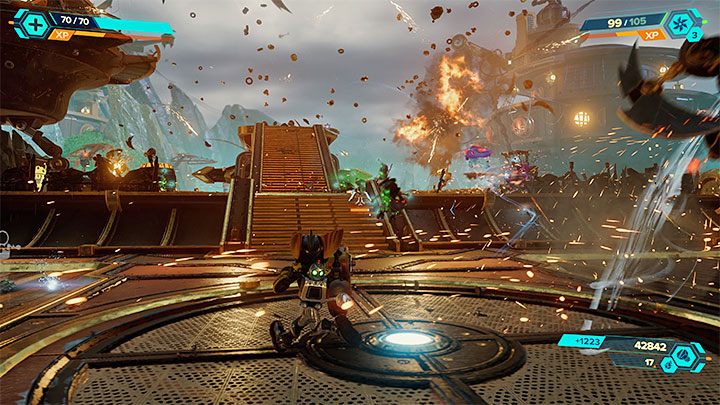 The encounter with Captain Quantum, which will occur shortly after passing three pirate trials, is interrupted by new pirates.

Contrary to what the mission objective description might suggest, you don't have to fear Quantum's death, because his health bar doesn't appear on the screen at all. Simply focus on fighting the pirates. As usual, you should look for explosive barrels to get rid of some pirates more easily. New enemies will arrive in small ships - attack them with strong weapons before they split up. 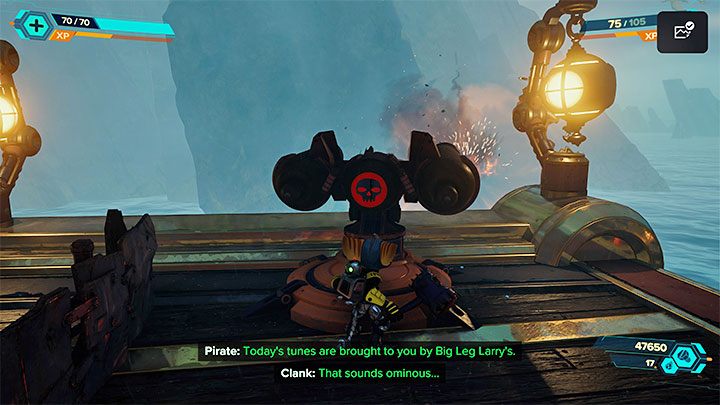 It is worth noting that you can also use stationary cannons in this and subsequent battles. Hit a cannon to activate it and, for example, to get rid of enemies from the ship. 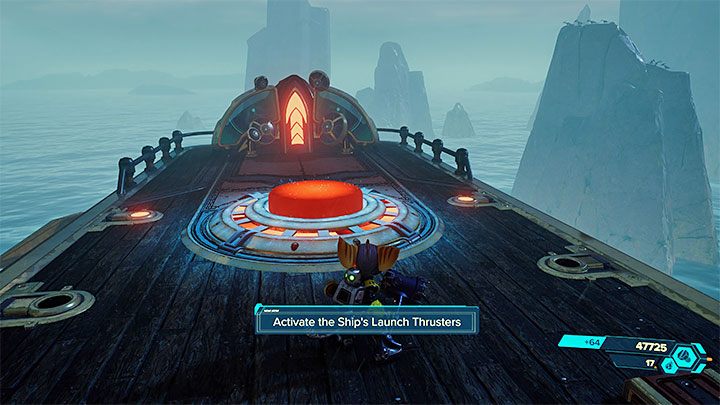 After winning the battle, head out towards the big red button located at the front of the ship. You must hit it while jumping, i.e. press the jump button (X) and then attack with melee weapon (Square). 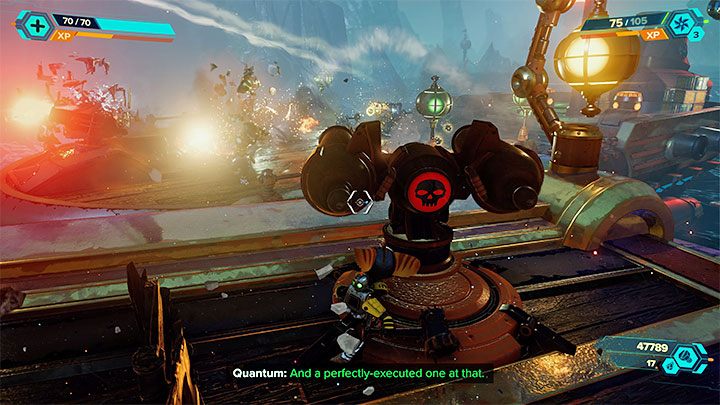 You will get the next mission objective after a larger enemy ship appears - it will start shooting Plunder Beam. Your new task will be to stop this attack.

We recommend starting by attacking the nearest pirates - you don't have to rush to turn off the beam. Use good weapons to attack groups of enemies. Remember that you can use the cannons. 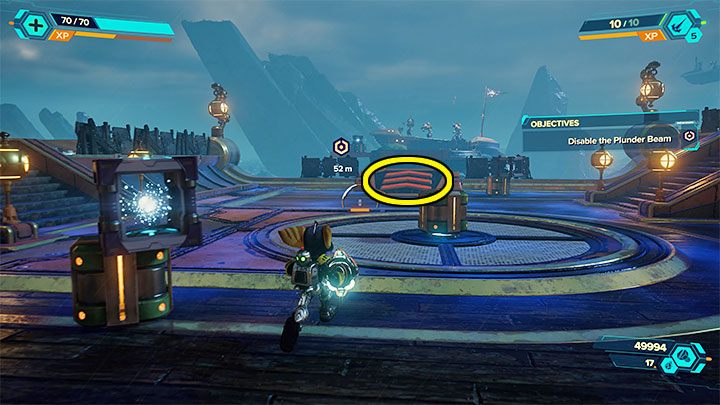 In order to reach the Plunder Beam, use the ramp with the arrows shown in the image above. Use the Hoverboots on it to jump to the smaller ship. Quickly deal with a small group of pirates (use melee weapons or firearms for short-range combat). 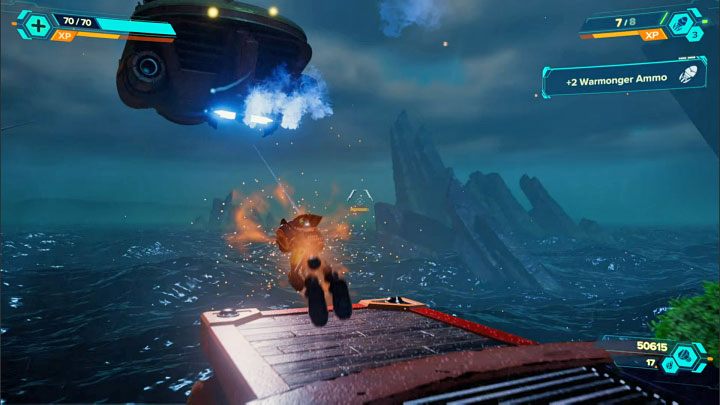 Another enemy craft regularly flies over the ship you landed on. Grab onto its hook and hold the L1 button. 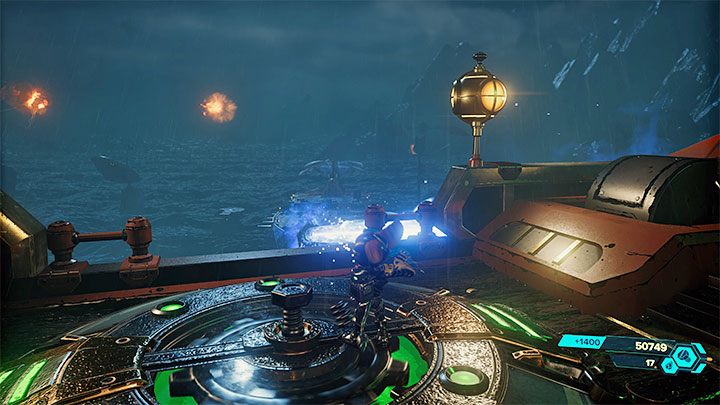 Release the L1 when you are over the large enemy ship. Deal with the new group of opponents first. After eliminating all enemies from the main deck, use the crank to end the Plunder Beam attack.

Return to launch the Captain's ship 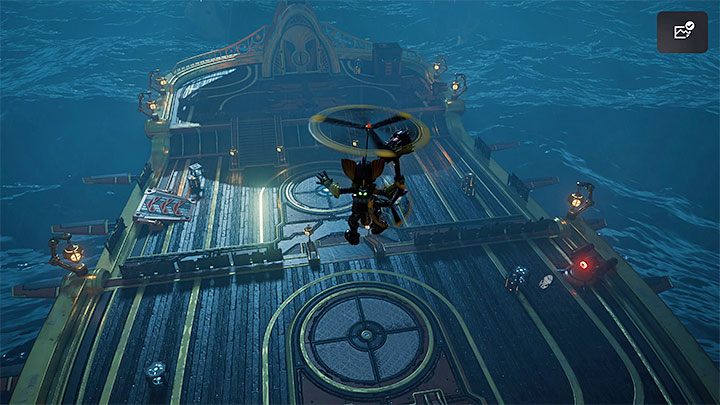 The new mission objective is very simple. Start by hovering(hold down X) toward Captain Quantum's ship.

You must reach the red button again and hit it as before - while jumping. 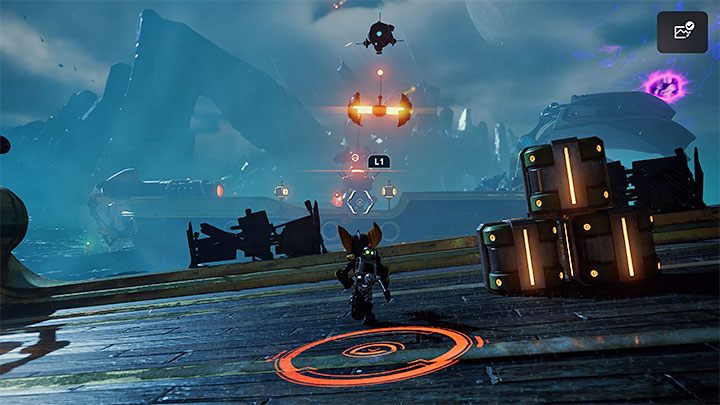 The Scuttler is the name of a new large ship controlled by enemy pirates. Your first task will be to get aboard it.

Avoid enemy fire by moving away from the red markers on the ground. Locate the hook shown in the image, grab onto it and use the Hurlshot (hold L1) to catapult Ratchet aboard the craft. There you will face the bosses - The Tide Twins. 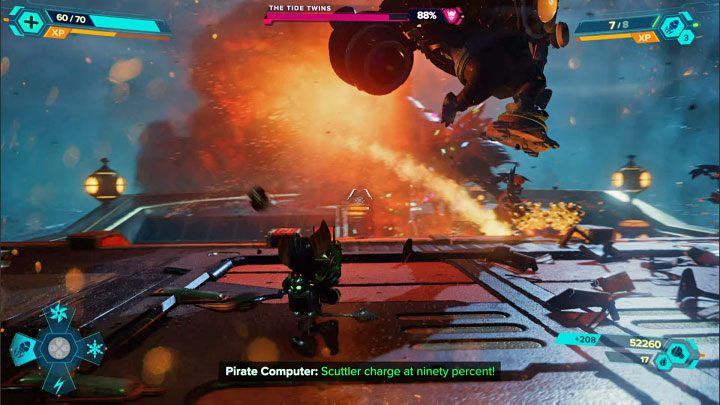 The Twins have very similar attacks to other mechanical enemies encountered in previous locations and stages. Rely primarily on Phantom Dash to avoid colliding with them after they make large jumps. Use the exact same tactics to avoid collision with mines fired by them. 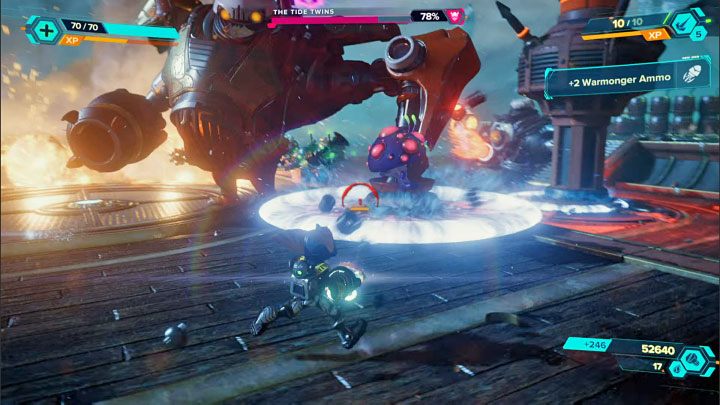 A certain impediment may be the rather limited combat area. Don't let the bosses trap you into a corner.

You can be aided in surviving this battle by allies summoned through the gadgets such as Glove of Doom and Mr. Fungi. There is a chance that they will start to distract (and weaken) any of the bosses. 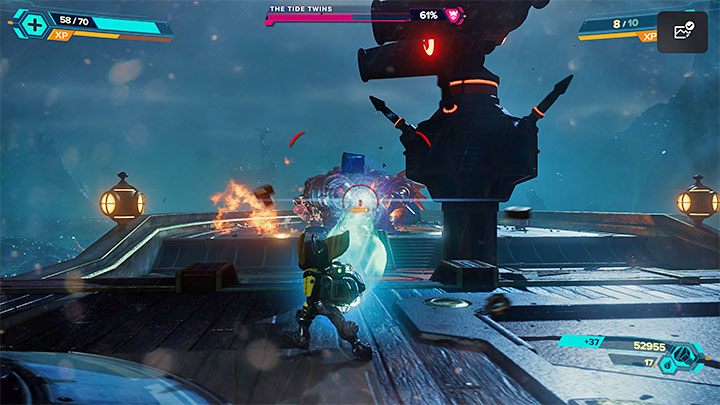 If possible, try to focus on attacking one selected Twin at a time. This will allow you to get rid of one powerful enemy and focus on the other one.

Avoid positioning yourself near red boxes and barrels. Destroy them if any enemies are standing near them. 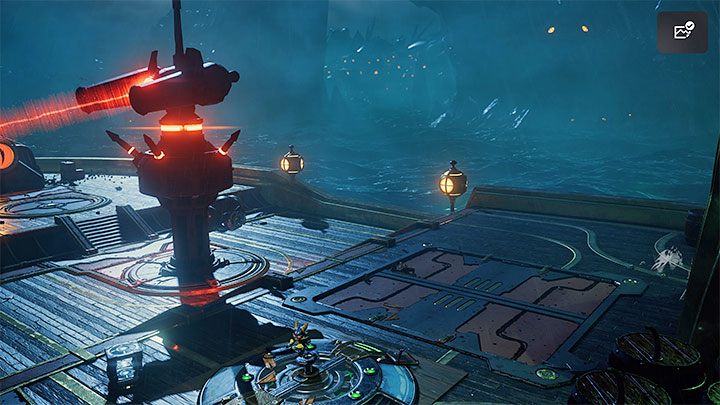 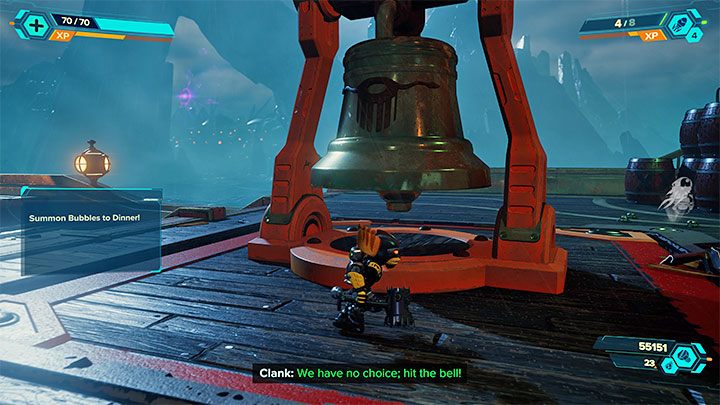 After winning all the fights, find a new crank. Interact with it, then strike the large bell to summon a monster from the deep and sink the Scuttler. 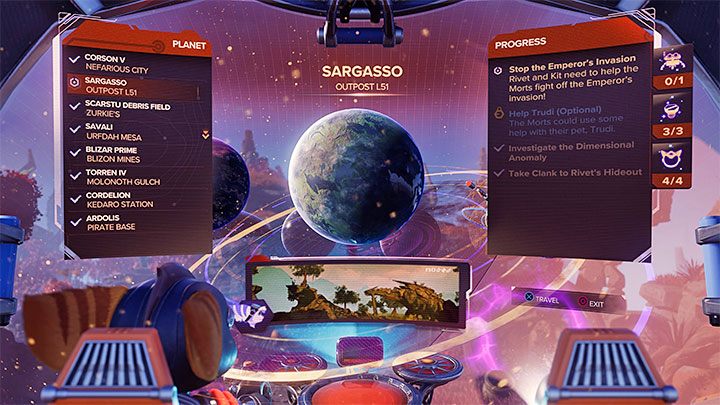 After watching all the cut-scenes, you can immediately return to the spaceship or keep exploring Ardolis. Your next story objective is to travel to the planet Sargasso. You will have to stop the invasion of Emperor Nefarious.