This page of the Ratchet & Clank Rift Apart game guide covers the first part of the planet Ardolis walkthrough and the pirate base there. In the following walkthrough, you will learn how to get through the initial areas on Ardolis and how to rescue the imprisoned Pierre Le Fer. 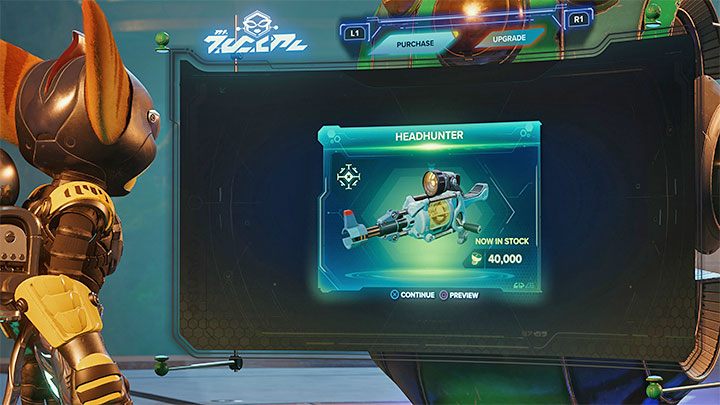 The main objective of the visit to the planet Ardolis is to rescue Captain Quantum. But before that, you have to save Pierre Le Fer, the "antagonist" known from previous encounters in Gastropub and Torren IV.

You have to cross the southern part of the map. Near the start, you will meet Mrs. Zurkon. She is now selling the Headhunter sniper rifle for 40000 bolts. This is one of the most expensive weapons in the game, although the sniper rifle can help eliminate regular enemies (aim for their heads) and weakening slower bosses. While using the Headhunter, in addition to using the scope (L2), don't forget to zoom in (R3 - press right analog knob) to take precise shots. 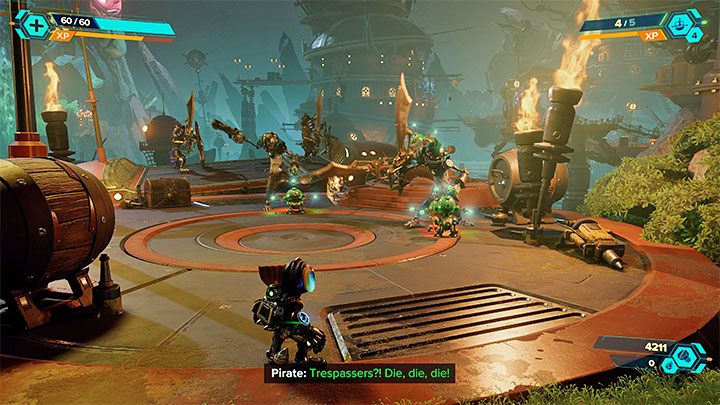 You have to go a linear path to the central area and eliminate "regular" pirates you encounter along the way.

You can find telescopes while exploring Ardolis. Interacting with them is completely optional and does not involve unlocking any collectibles or other rewards. Exploring the first telescope will give you a glimpse of the central area with the Pier, your objective. 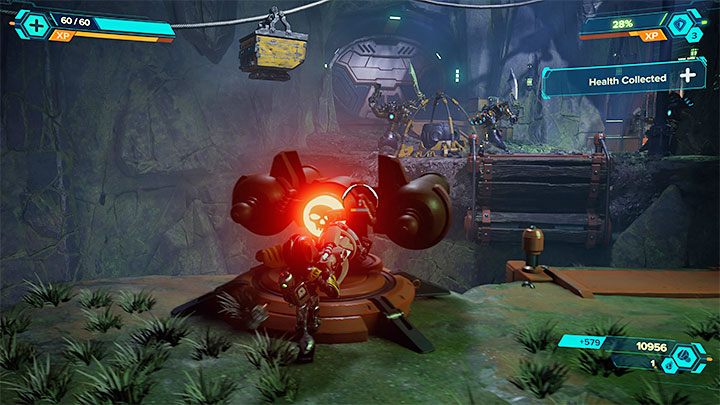 Continue on a path that involves jumping to adjacent ledges (avoid falling into the water). Along the way, you will once again encounter pirates with shields. As a reminder, a good way to deal with these types of opponents is to use short-range weapons (e.g. The Enforcer rifle) and wait until the pirate exposes themself planning to perform a melee attack.

Later, it is a good idea to avoid being spotted by the distant pirates too early. This will allow you to use the cannon shown in the picture (hit it with a white weapon) to attack enemies by surprise. 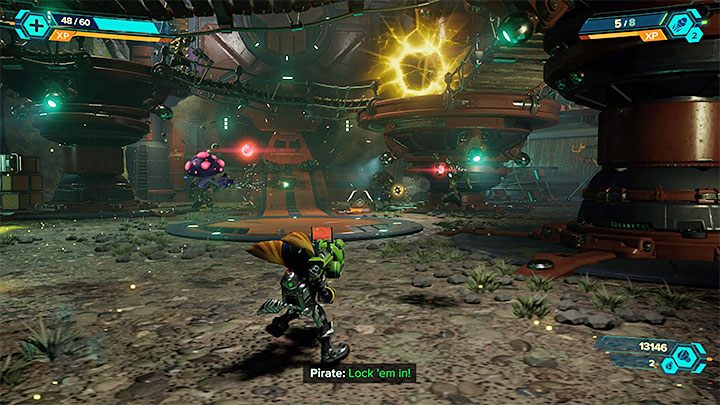 Continue moving to the northern area, where will be a slightly larger fight with pirates. During the fights, it worth summoning allies (Bombardier, Mr. Fungi, Glove of Doom). If necessary, you can also pull yourselves to nearby gaps (to get close to enemies quickly or to escape them more easily).

Expect more enemies to "fall" through the gaps that open up, but fortunately, there will be no bosses among them. 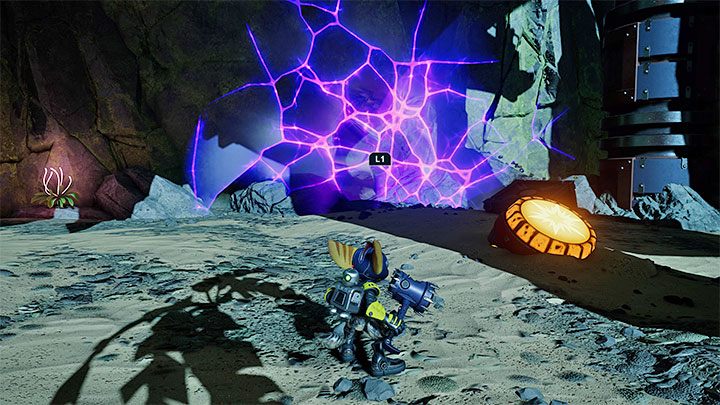 After winning the fight, the northern passage will be unlocked. Before you reach the central area with the imprisoned Pierre, consider using the elevator or jumping over the railing to reach the lower beach. This will allow you to find the Pocket Dimension shown in the picture, where you can get a piece of the armor. To obtain a collectible, you have to complete an obstacle course that involves using a launcher.

You can return to the upper balconies using the elevator. 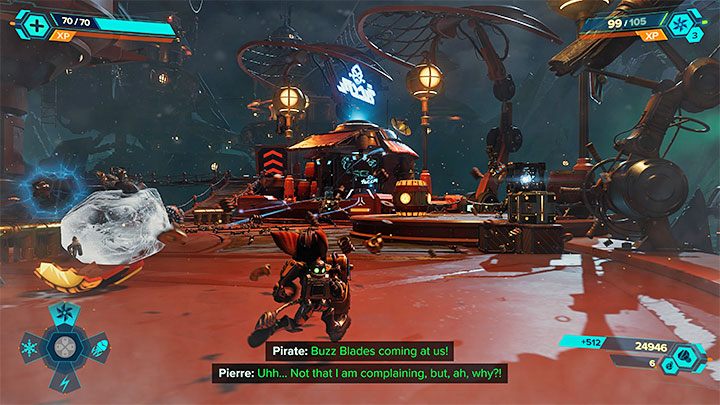 Use the ramp to make a jump towards the round central platform. There will begin pretty intense fights with pirates. While fighting, look for opportunities to hit red barrels to weaken and eliminate enemies more easily. You can also pull yourself to gaps and destroy ordinary crates to replenish your ammo supply and regain your health. 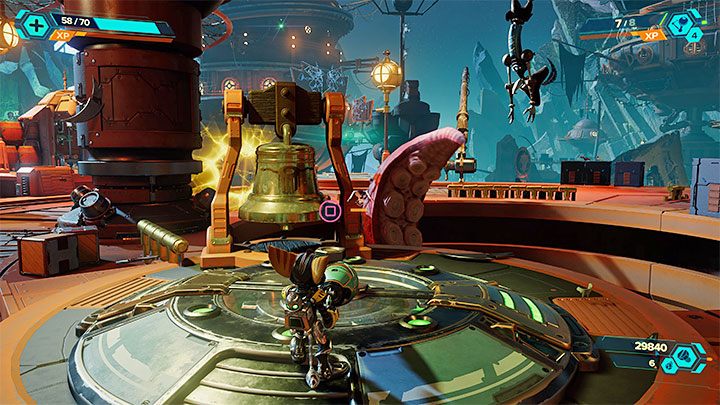 After defeating all the enemies, reach the crank in the middle of the arena. Using it will lead to questioning Pierre.

You can now focus on the optional mission objective (treasure hunt) described on the next page of the guide, or you can head straight to the pirate trials location (this will be the new main mission objective).

Ms. Zurkon has appeared in the area. You won't find any new weapons, but you can purchase ones you couldn't afford before or spend Raritanium on upgrades.