This page of the Ratchet & Clank Rift Apart game guide covers the second part of the planet Cordelion walkthrough. Our guide explains how to get through the middle level of the station, how to deal with the flooded rooms, how to start the elevator that goes to the underground complex and how to reach the Rubion Forge.

Initial exploration of the middle level 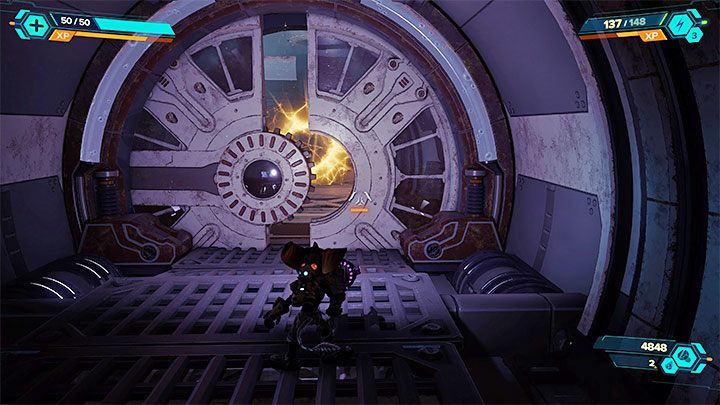 You begin your trek towards the Rubion Forge on the middle level of Kedaro Station, which resembles a semicircle in appearance and has a fairly linear structure.

Once you begin exploring the Research Division, check out the partially open door that leads to the north room, which is pictured in the screenshot. Stand in the right area to activate the rift. Pull yourself towards it to find a Gold Bolt. 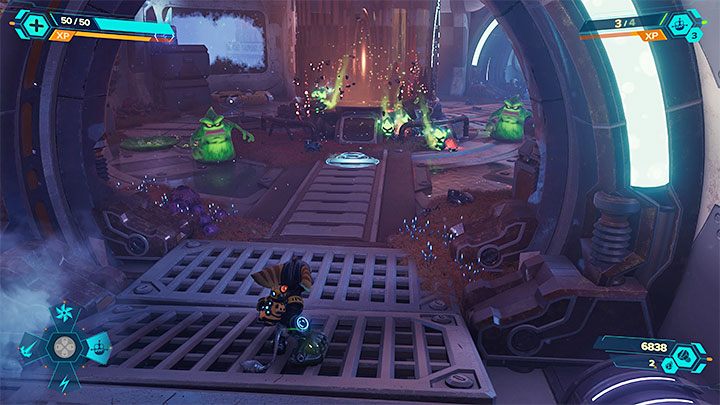 As you continue to explore this floor of the facility, expect to encounter small monsters. They are easy to beat, but don't let a large group of them surround you. Also, keep in mind that upon defeat, the larger green monsters will split into several smaller ones and only once you have dealt with the small creatures will the area be secured.

Along the way, you will encounter the Junk Bot and a cut-scene of the conversation with the scout bot will play. 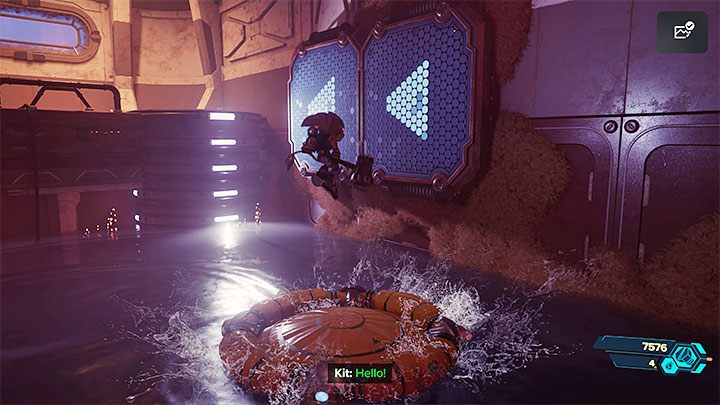 You will eventually reach the partially flooded northeast room. Don't try to jump into the water. Instead, you must bounce off the pontoons floating on the water.

With each jump you will get closer to the small wall you can run on from the screenshot. Take this chance to run across it and reach the nearby top platform. 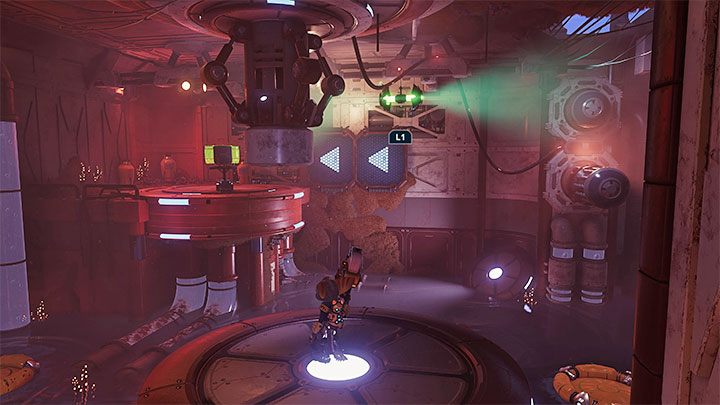 Stand in the spot pictured in the attached screenshot. You will need to do the following: 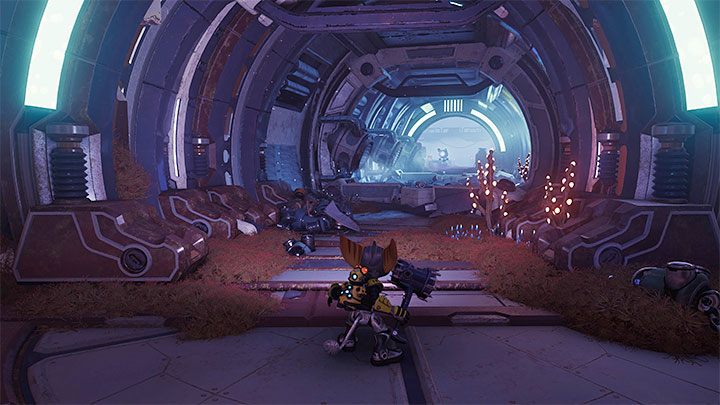 You can leave this room (the entire floor is now safe to land on) and follow the friendly Junk Bot down the main corridor to the south. Along the way, you will encounter the monster known as Juice, but you won't need to evade it yet.

You must reach the southernmost room where you will receive the next mission objective.

Power up the elevator 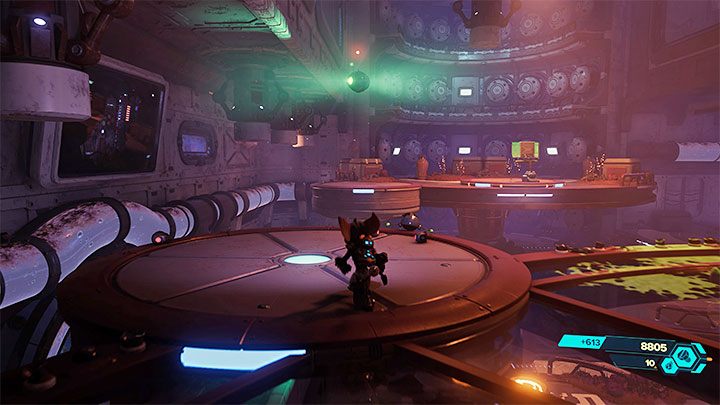 You will need to deal with even more green monsters. As before, just be careful not to let them surround you, as it will make it difficult to perform a Phantom Dash or defend yourself in other ways.

Continue to use the balconies and small stairs to reach the upper level of the hall. Once you clear the area of enemy creatures, use the hook pictured above and interact with the control console. 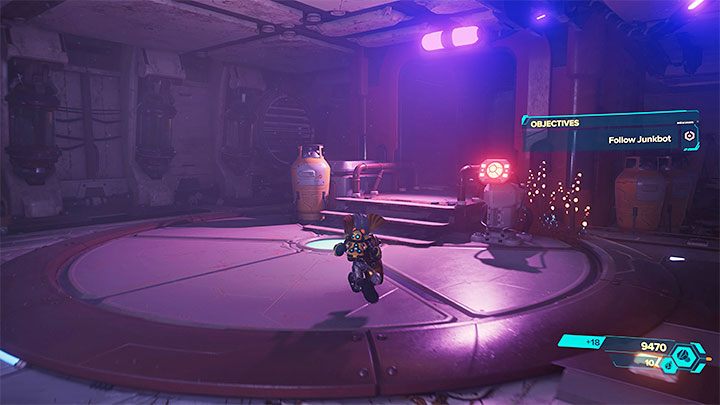 An elevator traveling to the underground complex has been unlocked nearby. Use the elevator (you'll also encounter Juice once more, but he's just meant to scare you). 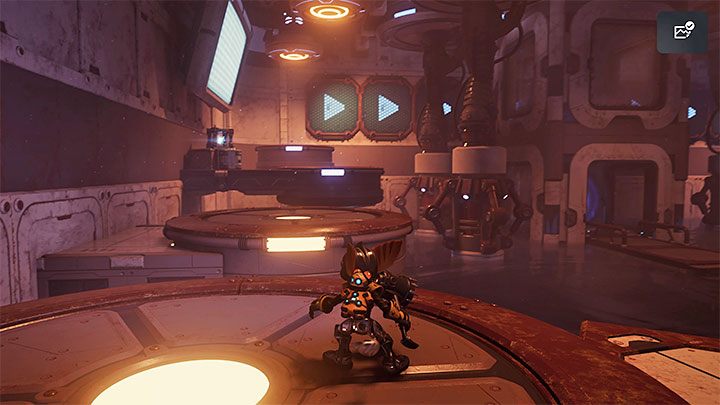 The elevator will take you to an underground location and you will begin exploring the cold-themed planet. Once more, you will need to use the pontoons to bounce and avoid touching the water, as a carnivorous fish lurks within.

By correctly bouncing off the pontoons, you will reach the stable platforms from the screenshot above. 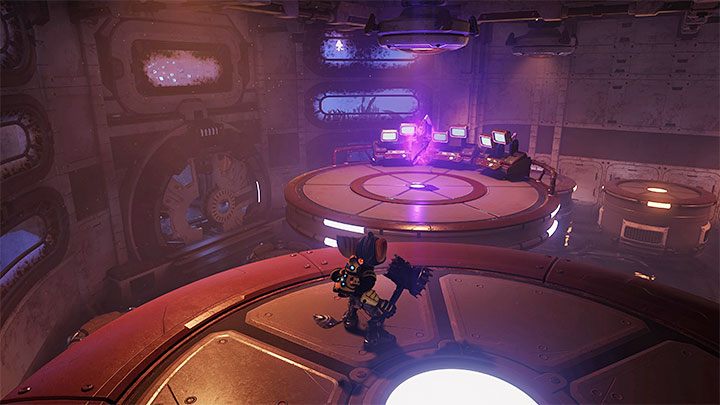 Reach the following platforms and then run on the walls. Ultimately, you must reach the blizon shown in the picture, which will allow you to reach the second "version" of the underground complex, in a dimension where the planet is hot.

Also, hitting the blizon means that you have reached the Rubion Forge.