On this page of the Ratchet & Clank Rift Apart , game guide you will find information on where to find all 9 CraiggerBears, which are one type of the collectibles in the game. 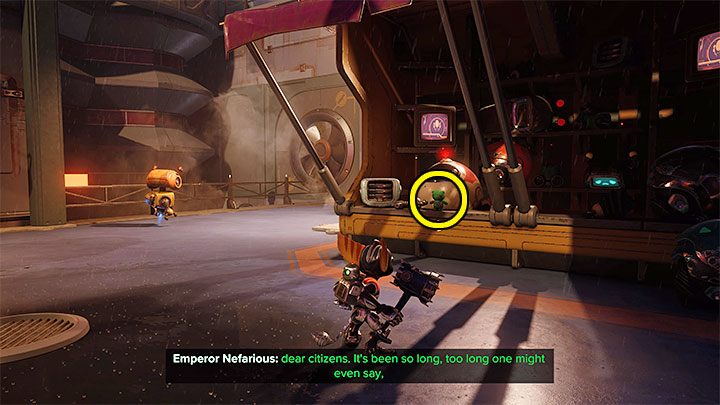 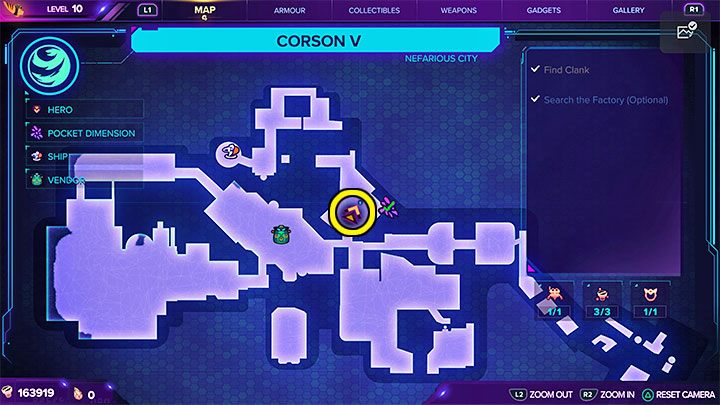 The bear is located in the area north of the Nefarious club visited as part of the main storyline. You must investigate the stall from the above screenshots, which will help you locate the toy. 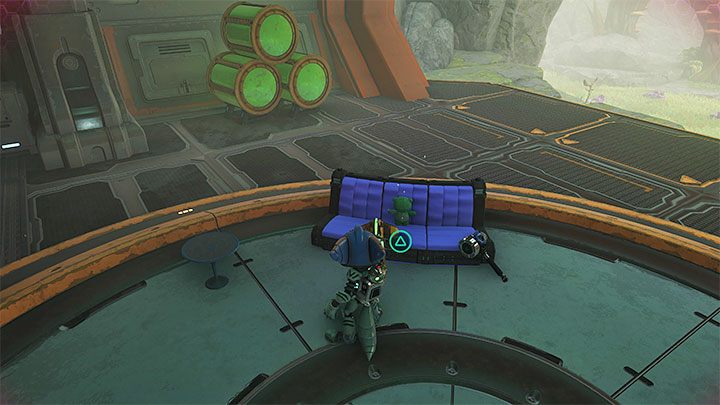 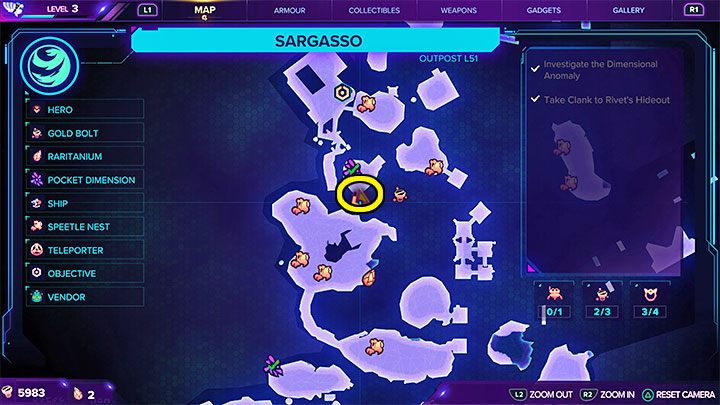 The bear is located at the Rivet hideout on Sargasso . You can't collect it on your first visit to the hideout, because then the chase for the local boss - Seekerpede - will automatically begin.

You must once again return to the hideout as part of your free exploration of the planet's surface. You can find the bear on the blue couch. 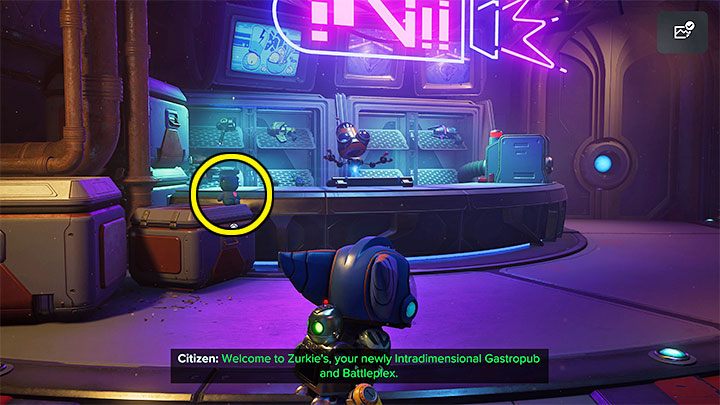 The bear is located in the Gastropub, in the first room where the weapons of the guests of the establishment are stored. The collectible is to the left of the counter where the Gastropub employee is standing. 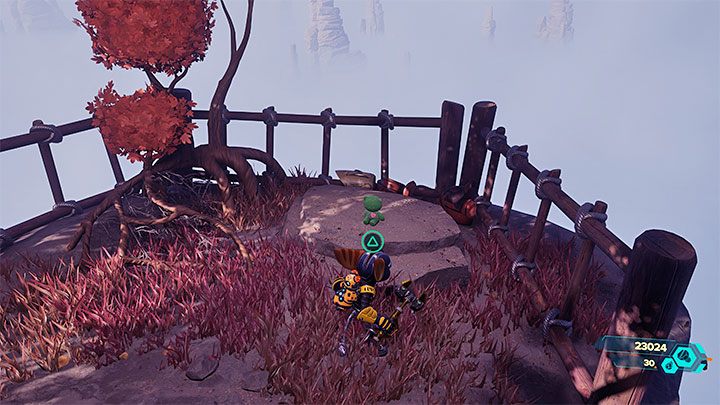 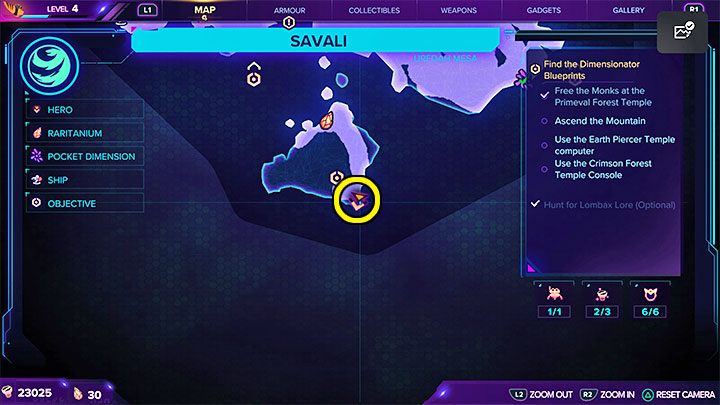 The Craiggerbear is on an island located at the southern end of the map. It is by the path you take when traveling to the Mountain Temple as part of completing the main storyline.

You'll find it on the rocks, next to a fence and a steep cliff. 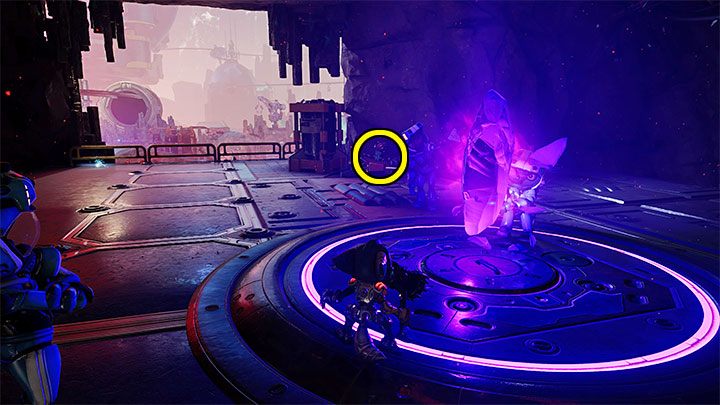 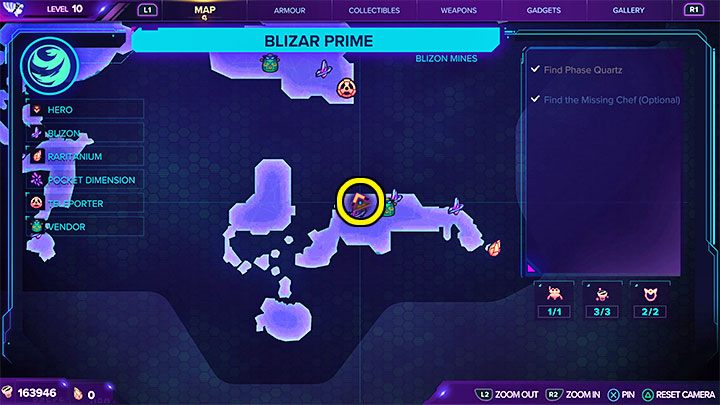 You can find the bear early on during the exploration of Blizar Prime's southern areas. You must hit the blizons along the way and complete a section involving drifting magnetic paths in a post-cataclysmic dimension.

After you return to the dimension before the catastrophe ( initially with the intention of lifting the blockade), you will find the secret near the blizon in the location marked in the images above. 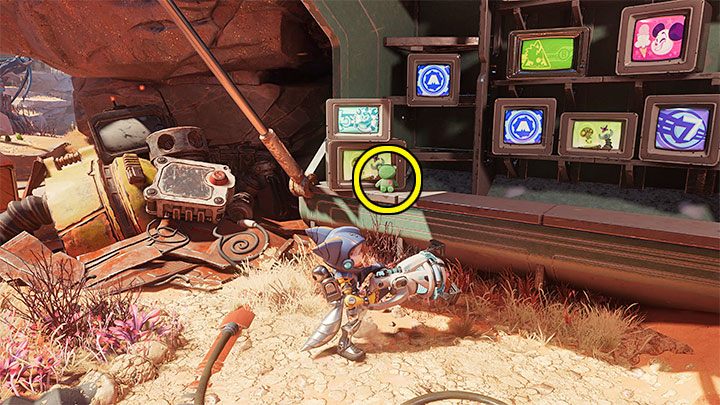 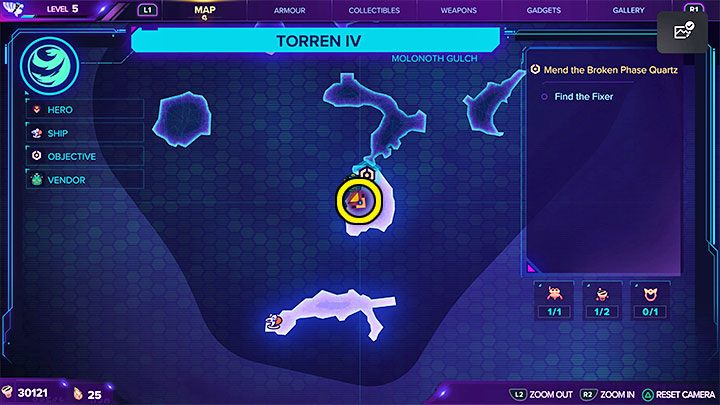 The teddy bear is located in the village in the southern part of the map. It's near the same area as Mrs. Zurkon. The collectible is in front of one of the closed stalls in the market. The stall can be recognized by the large number of monitors on display. 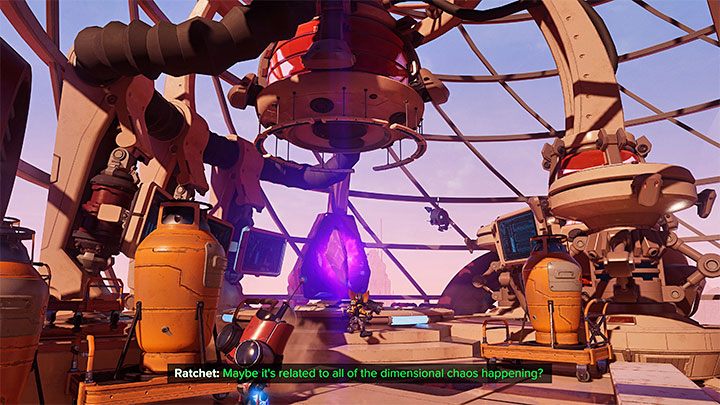 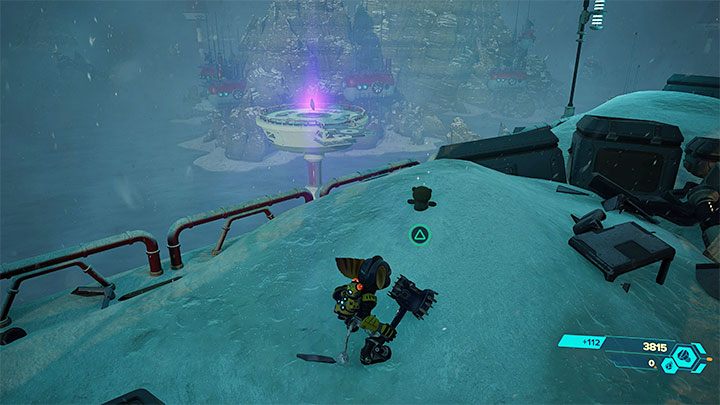 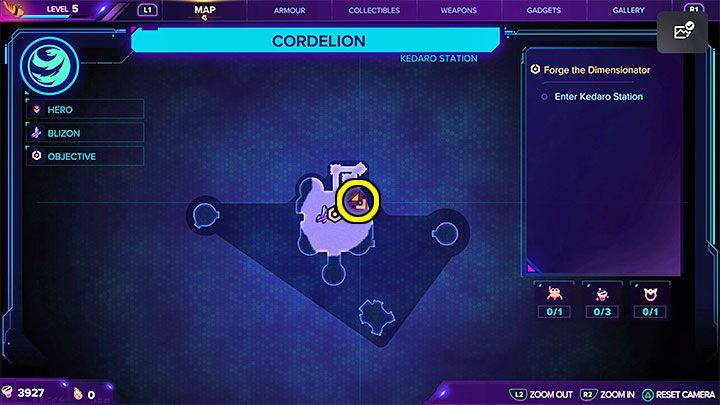 Start exploring the area by going down the slippery ramps (which were stairs in the hot dimension). The plushie is partially sticking out of the snow. 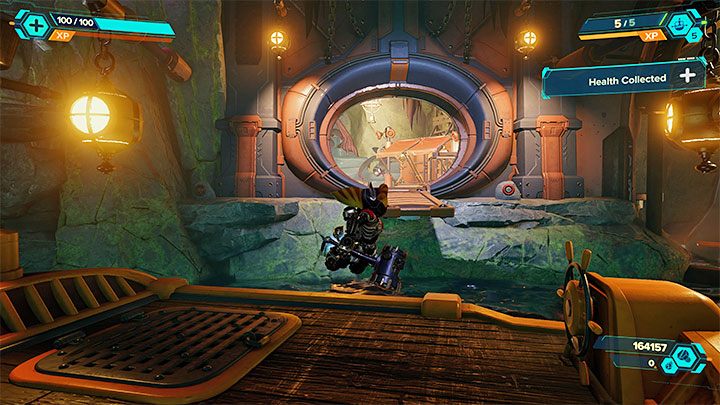 You can find the bear shortly after completing the last third of the Pirate Trial in the northwest corner of the map. After the battles are over, the passage from the image above will unlock. Use it. 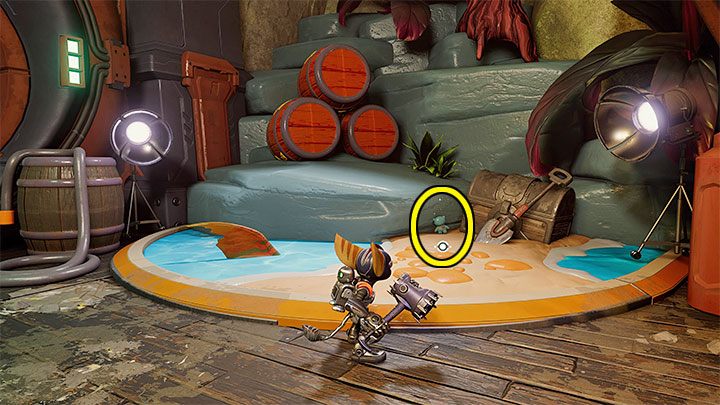 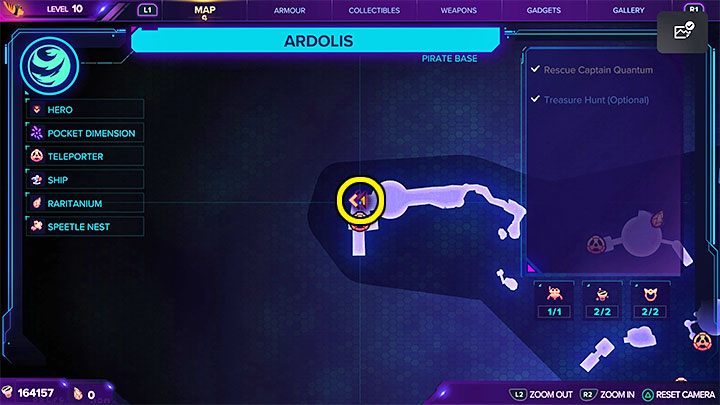 You will find the toy straight ahead when you enter a new area. 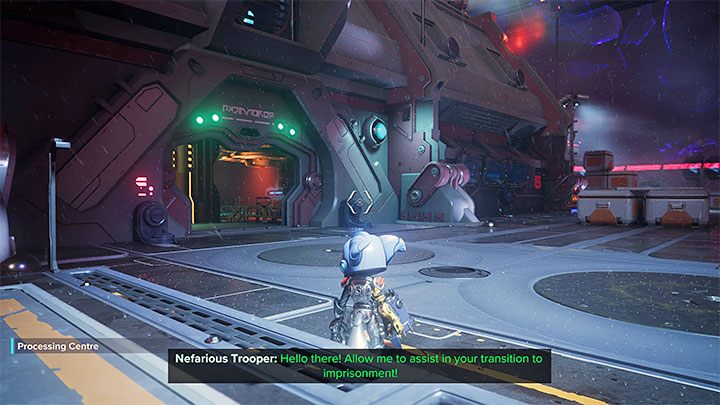 Craiggerbear is inside the processing center building where Ratchet and Kit are being held in the early part of the mission. 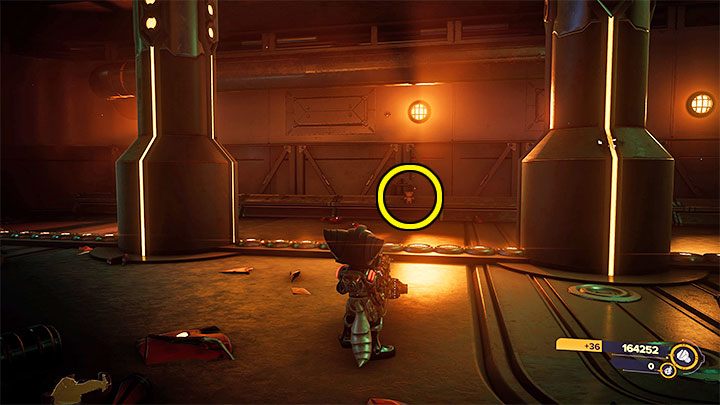 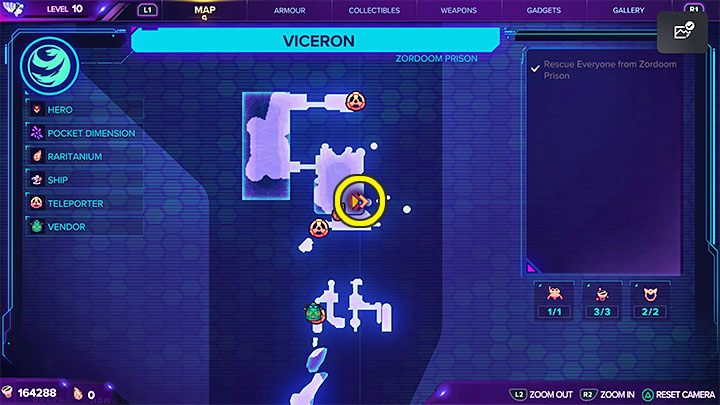 Explore the inside of the building and after dealing with the enemies, find the secret shown in the images above.