This page of the Ratchet & Clank Rift Apart game guide describes the duel with the boss - Nefarious Juggernaut. The battle against this large opponent occurs in the final phase of exploration of the Nefarious City. The following description tells you how to avoid the Jaggernaut's attacks and how to destroy the enemy machine.

Additional note - Jaggernauts can also appear as mini-bosses later in the campaign. The tactics for fighting them will then remain unchanged. What's more, having new and improved weapons should make defeating them easier. 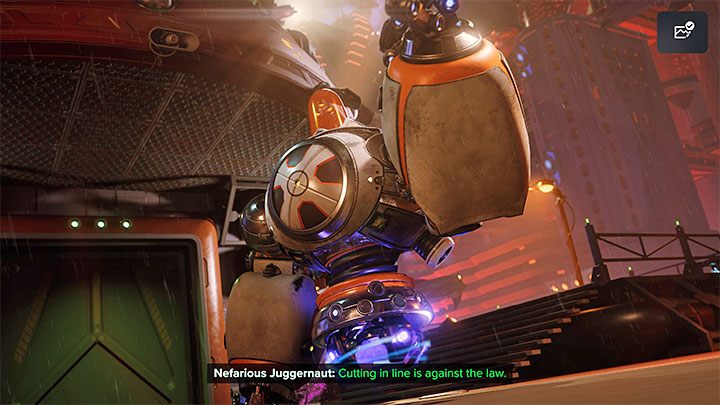 The confrontation with the Nefarious Juggernaut takes place shortly after Phantom is kidnapped and you are instructed to reach the statue of Nefarious - this is done using the wall running option. you reach a new location, a strong mechanical opponent will appear. 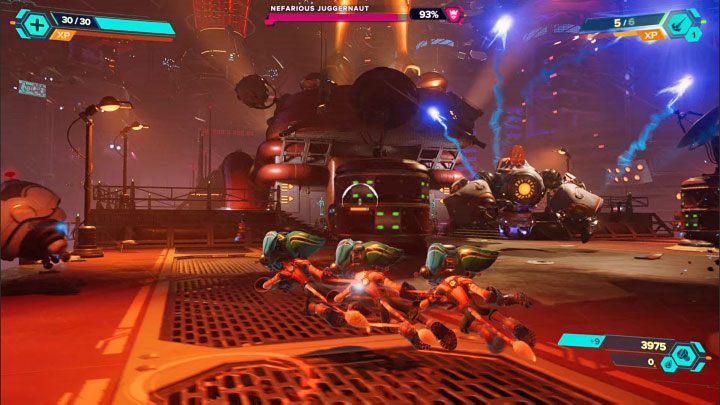 The first of the basic boss attacks is a rocket fire using blue missiles. Try to run sideways and pay attention to the red marks on the floor symbolizing where the projectiles will hit the ground. Remember that you already have the ability to activate dodge (Phantom Dash) - use it if you suddenly find yourself in a place where one of the projectiles is about to hit. 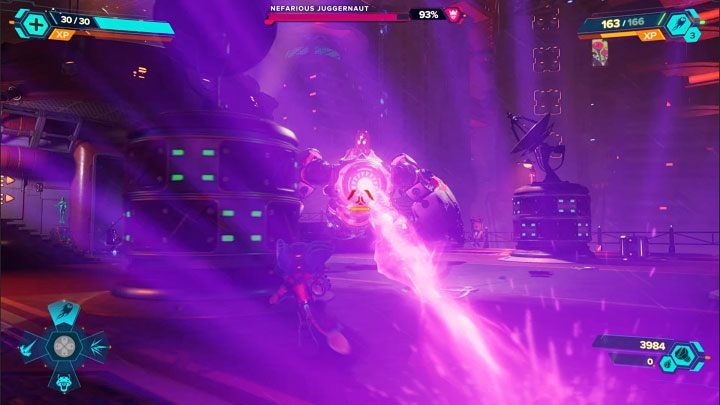 The second primary attack of the Nefarious Juggernaut is to fire a large laser. You can, just like in the clash with Doctor Nefarious from the prologue, jump over the laser beam (it has to be a double jump), or hide for short moments behind large obstacles in the battle arena. 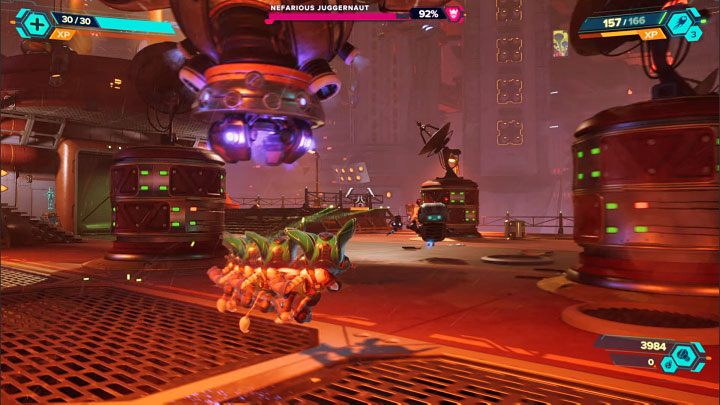 Nefarious Juggernaut can jump around the arena. You have to move away from the places where the opponent is going to land in order not to get crushed and not to be easily targeted by subsequent boss attacks. In general, try to move constantly throughout the fight and use Phantom Dash in situations where there will be a high risk of injury. 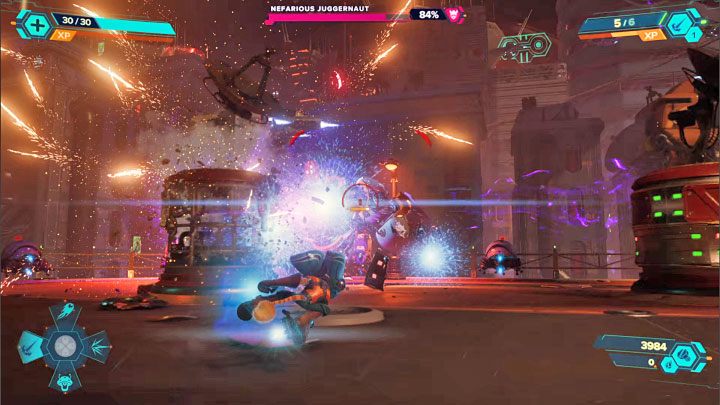 You can use various weapons to attack the boss, with the Negatron Collider being particularly effective. This weapon should be used especially right after the boss finishes a given attack and will not fire another one for a short while. This will allow you to easily aim using the collider. 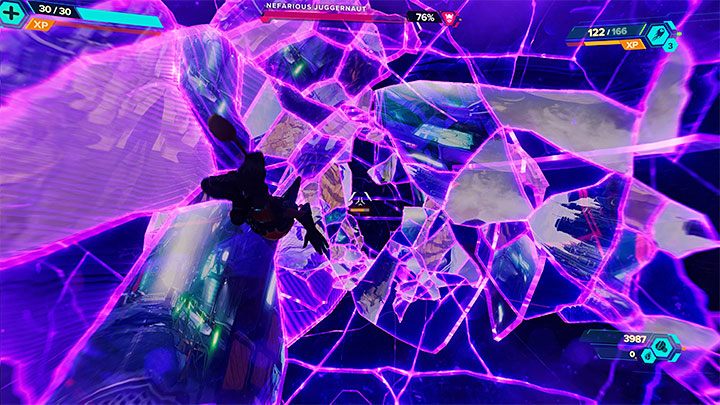 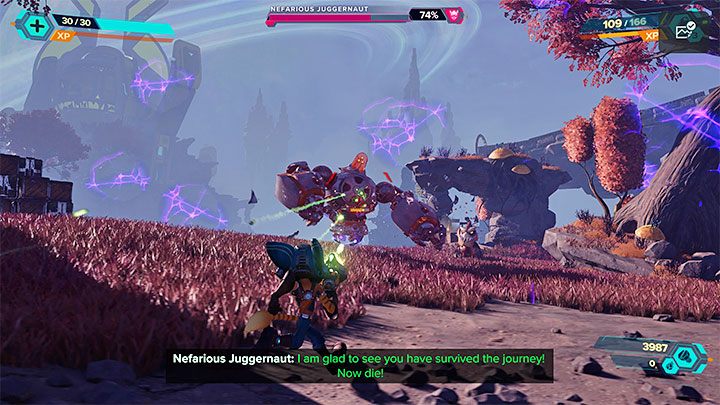 The jaggernaut will take the fight to another dimension at some point. It does not affect the course of the duel very much. You just have to reckon with the fact that in the new world it might be harder to find a good place to hide from the boss's laser attacks - as a last resort, retreat to get out of their range. Continue attacking the jaggernaut with the same weapons as before. 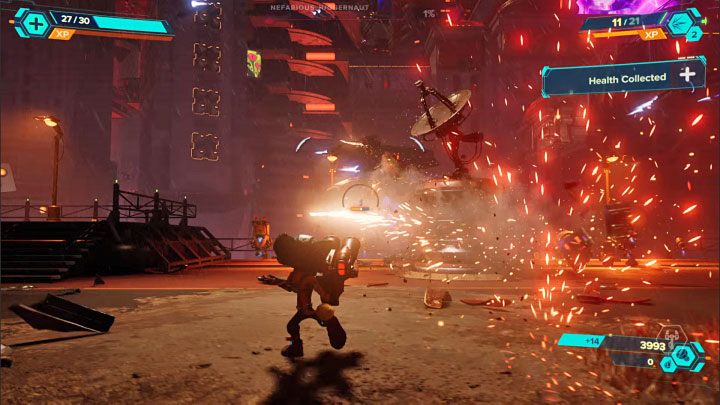 In the final phase of the duel, you will return through a portal to Nefarious City. Continue attacking the boss until its entire health bar is depleted.

If you need to, you can find health and ammunition boxes in both worlds.