This page of Ratchet & Clank Rift Apart game guide explains how to select weapons from your inventory. You will also learn how to quickly switch to another weapon and how to assign your favorite weapons to shortcuts for easy access to your main firearms. 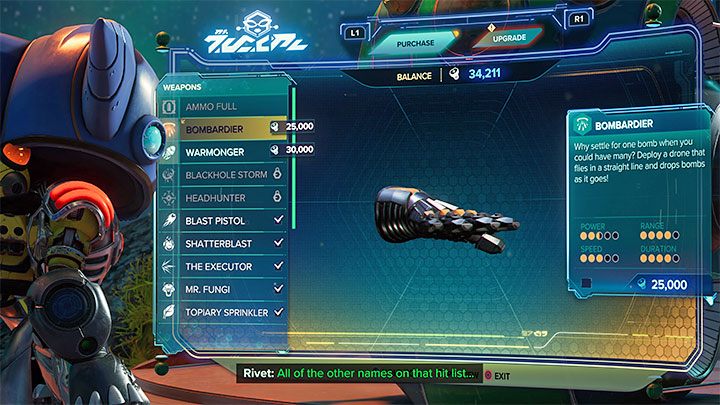 A large number of weapons are available in Ratchet & Clank Rift Apart - you can buy more weapons and gadgets from Mrs. Zurkon. Due to their relatively low prices throughout the game you'll be able to collect lots of powerful firearms.

An important note is the fact that there are no limits of carried weapons, that is, you can carry as many weapons as you wish. You can have all the weapons, that you have purchased from the merchant or gained by progressing through the game, at your disposal at any time during the game. 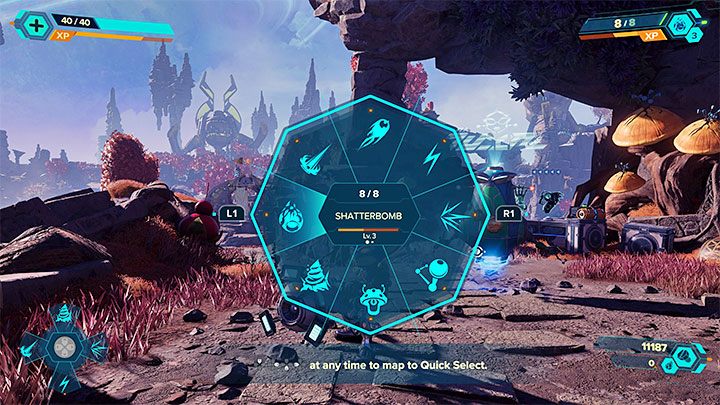 The drop-down weapon menu is displayed when you hold down the Triangle. You can then select the weapon of your interest. It's worth noting that the gameplay is paused for the time of selecting the weapon, so you never have to rush it and you can calmly choose the gadget you're interested in. 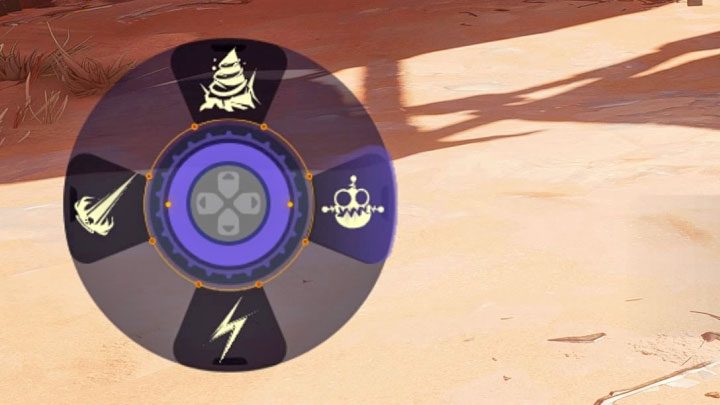 You can quickly switch to the most recently used weapon with a single press of the Triangle.

A much more interesting way is to use shortcuts to quickly select specific weapons. In the weapons drop-down menu, pay attention to the bottom left corner of the screen. There you can see the cross key buttons and you can assign your weapons to the 4 buttons of the cross key - after highlighting the weapon you are interested in, press the corresponding button of the cross key to assign it.

We think it's a good idea to have a variety of weapons at your disposal, such as a melee combat weapon, a ranged weapon, and a gadget for summoning allies.