On this page of the Ratchet & Clank Rift Apart game guide you will find a description of the Royal Guard Escorts boss fight. The following walkthrough explains when the battle takes place on the planet Viceron and how to behave during the battle with the enemy machines. 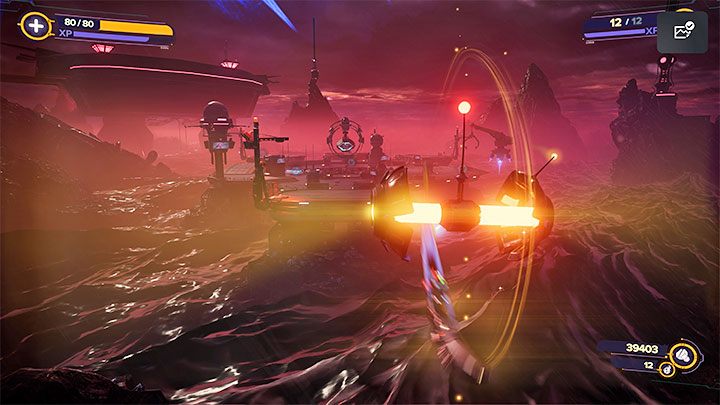 The Royal Guard Escorts boss fight occurs during the final phase of your visit to the Zordoom Prison located on the planet Viceron. You must complete the chase scene in the long tunnels and use the Hurlshot to catapult to the final area in the northern part of the map, which will also be reached by the cage with Ratchet and Kit. This is an area with Emergency Evacuation Platforms surrounded by water on all sides. You will have to avoid falling off large metal platforms into the water, as swimming is not allowed at the battle site. 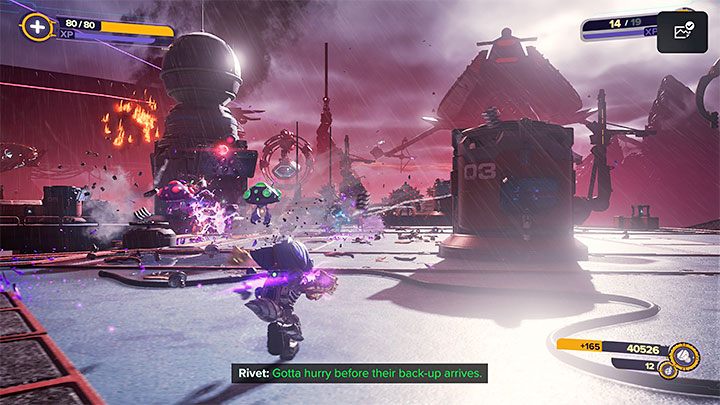 Initially, you will engage in a longer battle with standard opponents. It may be more challenging than you expect, and that is because there will be many enemies involved in the battles. We strongly recommend using gadgets that allow you to summon your own allies to the battlefield - Bombardier, Mr. Fungi and Glove of Doom. This will make it easier for you to deal with enemies and, most importantly, will distract some enemies from Rivet. 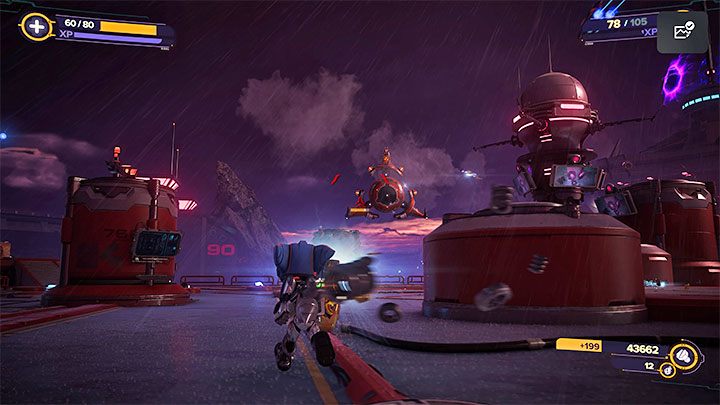 During fights, look especially for those opponents who are able to launch strong ranged attacks, such as sniperbots. It is worth eliminating these types of enemies first. 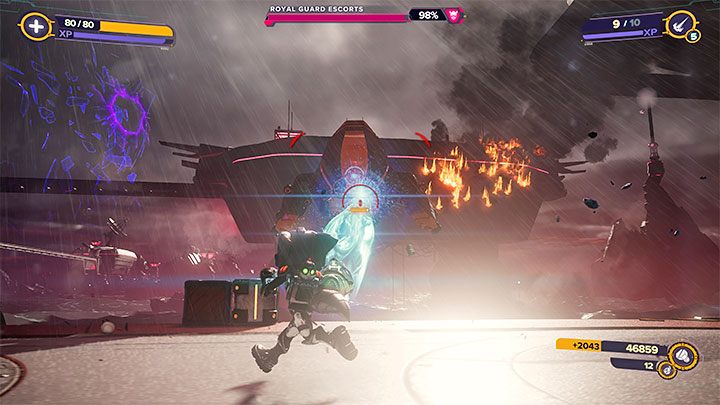 After the Royal Guard Escorts appears, focus on attacking flying enemy machines. Take advantage of the fact that bosses do not suddenly change their position, so you can effectively attack them using the best weapons you have (e.g. Warmonger or Negatron Collider). Bosses should be attacked one at a time if possible. 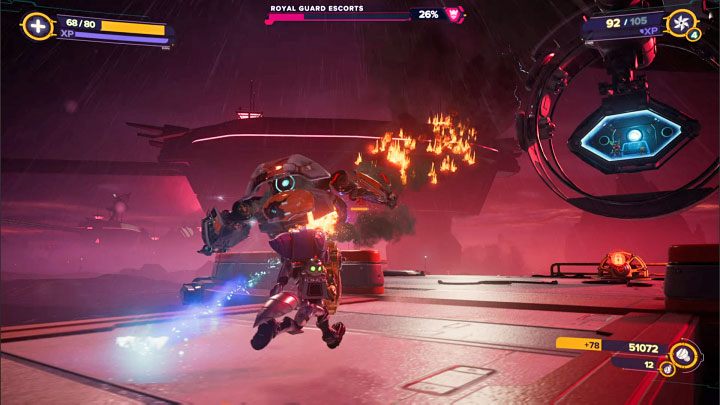 Avoiding Royal Guard Escorts attacks should not be very difficult, as there are no special types of strikes here - they are ordinary, though quite powerful missiles. Help yourself with running around and using Hoverboot. Use Phantom Dash if necessary.

Try to position yourself so that you don't have the bosses behind you, because you won't be able to follow their movements effectively. 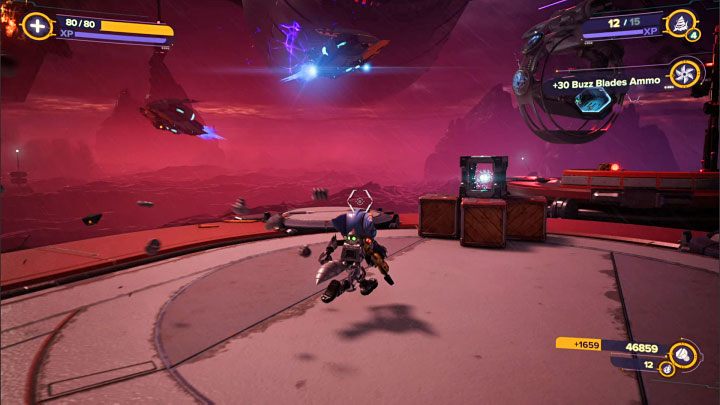 The battle area is quite vast, so you can (and should) move around a lot. Rifts are also available here, that can be used to swiftly move around the area. Look around for crates to replenish your ammo and health supplies during the battle.

Defeating the Royal Guard Escorts boss will allow you to win the battle and use the crank to free your comrades.