On this page of our Ratchet & Clank Rift Apart game guide, you will find a description of the Goon Dropship boss fight. This is the final confrontation that occurs while exploring the Blizar Prime planet. You'll learn how to destroy the Goon Dropship and how to survive this boss battle on Blizar Prime.

Battles before the boss fight 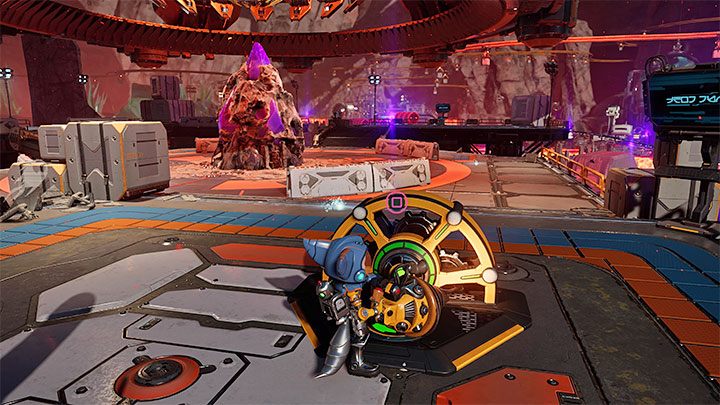 In order to start the final boss battle available on this level, you must (during your visit to the planet Blizar Prime) reach the place where you receive the obligatory mission objective that consists in using the great drill in order to obtain the Phase Quartz. Use the crank. 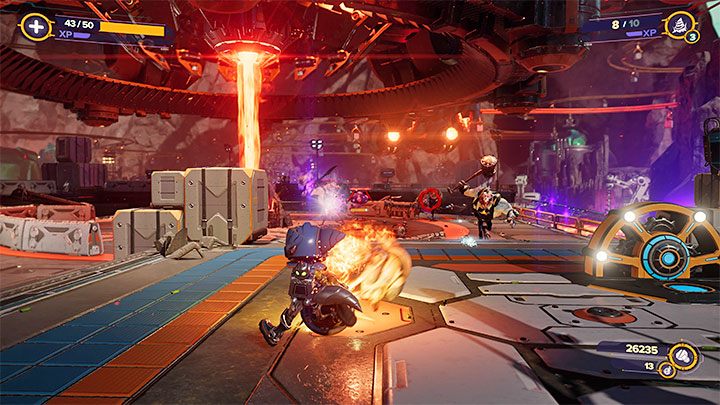 At the beginning, you will come across some groups of common opponents. During these battles, try not to use up all your supplies unnecessarily and avoid using your best weapons. Also, don't destroy the nearby crates that may contain valuable loot like health and ammunition.

Ultimately, you will have to throw your melee weapons at the Quartz and engage in more battles in the second dimension. 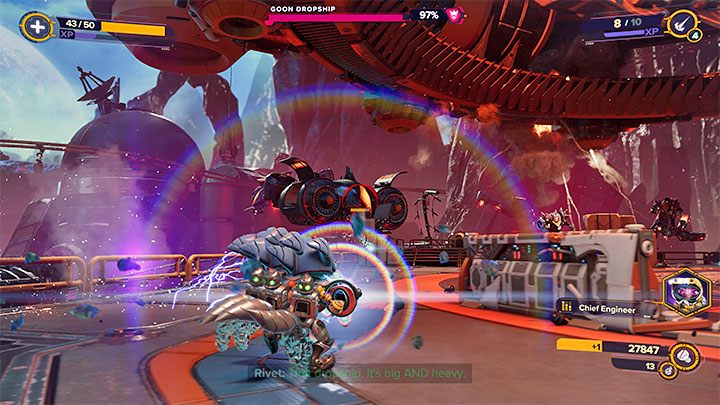 The Goon Dropship will join the battle after you return to the dimension in which you reached the location with the Phase Quartz and received the mission objective to stop the drill. 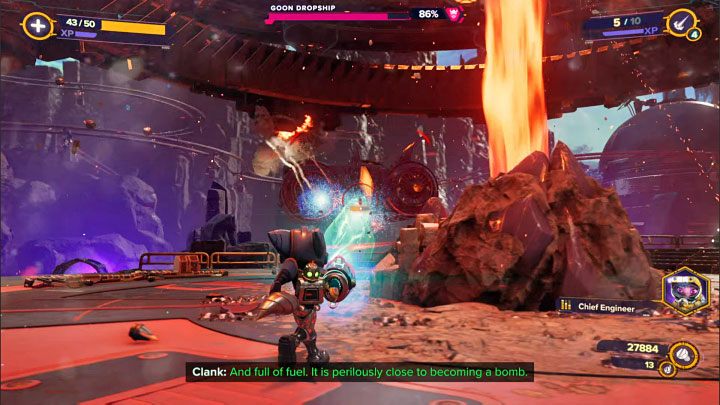 The best way of attacking the Dropship is to use use strong firearms and such stuff as Negatron Collider. Take advantage of the fact that the Dropship does not change its position drastically, so even slower, but powerful, attacks are able to hit it without any problems. 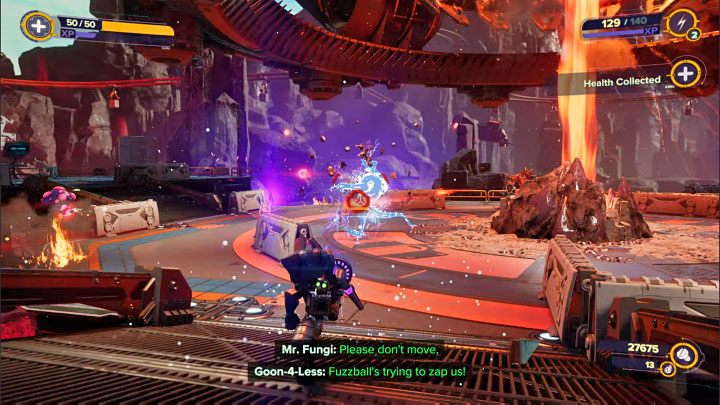 Don't ignore other enemies present in the area, as they can not only clearly interfere with weakening the boss, but also hit Rivet and deprive her of health points. First of all, get rid of those enemies that can effectively attack you from a long range. Then, destroy smaller enemies that fly around. 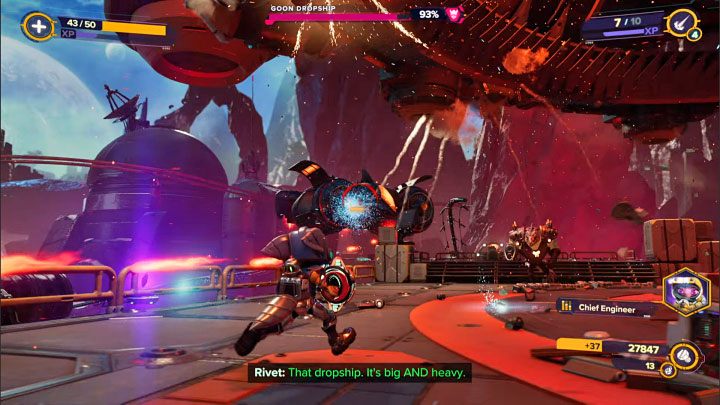 As for the Goon Dropship itself, avoid its laser attacks at all costs. They are much easier to avoid, for example, than the large beams fired by destroyer-type bosses. Running sideways is enough, though you can hide behind rocks in the center of the arena or use Phantom Dash if necessary. 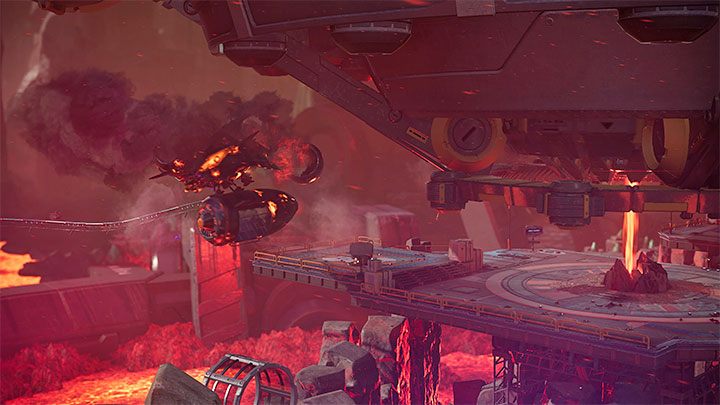 Don't forget about the opportunity of collecting ammunition and health from nearby crates.

Continue the battle until you destroy the Goon Dropship.