This page of the Ratchet & Clank Rift Apart game guide covers the first part of the Savali walkthrough. The following walkthrough explains, among other things, how to stop the attack on the village and how to unlock the hoverboots, which help in exploring and quickly travelling around the planet. 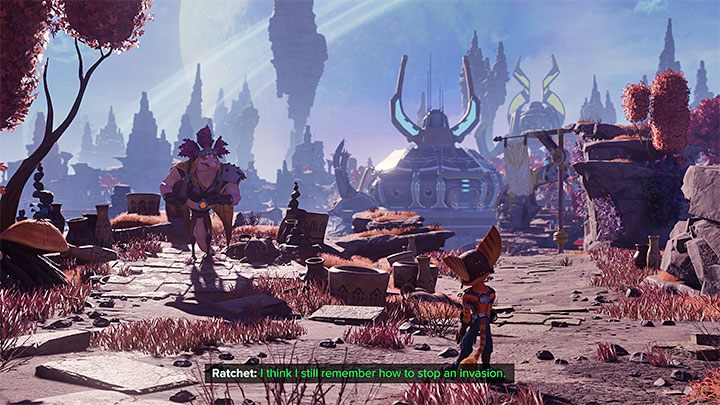 Soon after you start exploring planet Savali, you will encounter Mrs. Zurkon. She doesn't have any new weapons on sale at the moment, but you can buy older weapons or spend raritanium on new upgrades.

The Prophet Gary can be found a little further away. Approaching him will automatically initiate a conversation.

Stop the invasion of Monktown 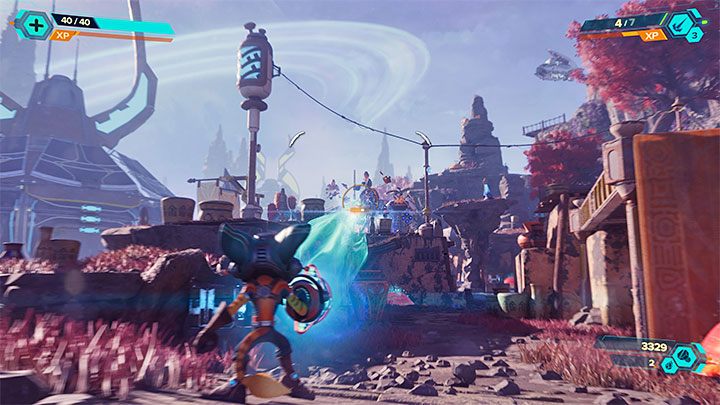 The village is a short distance east of here. Along the way, you will initially encounter weaker opponents, although once you reach the main part of the village, a battle with Nefarious' troops will begin.

During the battles, you don't have to protect the villagers. Instead, focus solely on the fight. During battle, it's a good idea to pull yourself to slots in order to escape enemies or to quickly approach selected enemies.

Get to the Archives 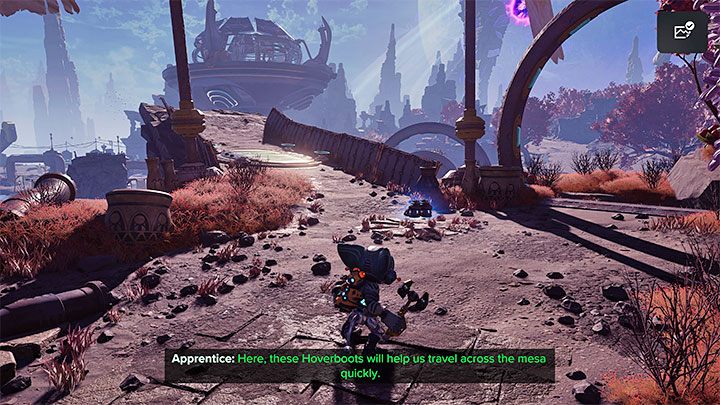 It is worth exploring the village to find, among other things, raritanium. Continue along the main path. You will encounter Kit for the first time, who from now on will begin to accompany Ratchet similarly to Clank.

Going further, you will come across hoverboots - this is one of the most important gadgets in the game. 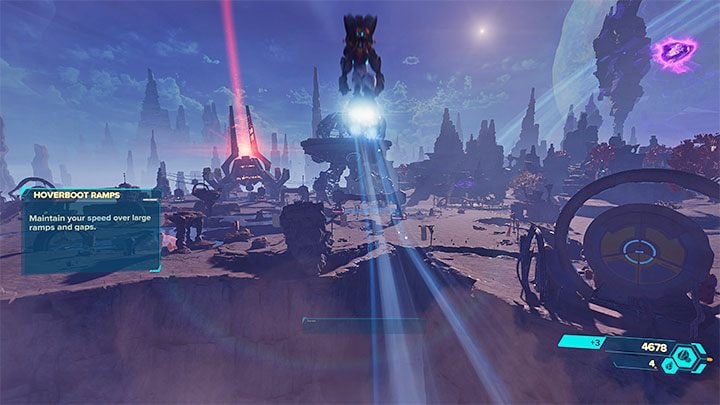 You can test out the hoverboots right away:

At this point, you will have two main options to select from: