This page of the guide to Ratchet & Clank Rift Apart describes the walkthrough of the third set of the optional arena fights on the Scarstu Debris Field. You will specifically find descriptions of all Gold Cup rounds. You will learn how to complete all 5 rounds and what rewards you get for completing the Gold Cup.

We have also described the Bronze Cup and the Silver Cup in detail on separate pages of the walkthrough. 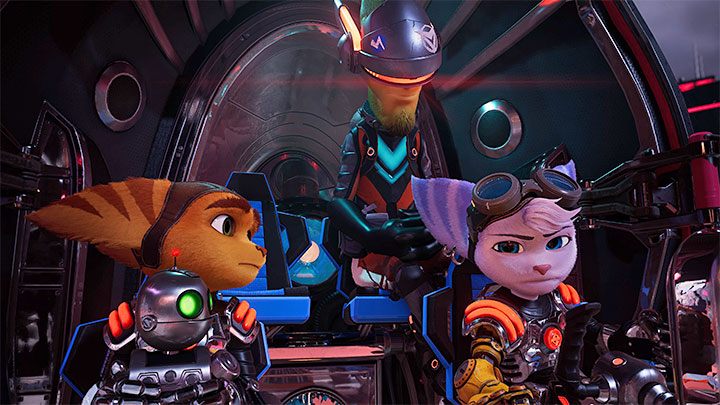 The Gold Cup is not available during your first visit to the arena, i.e. when you reach the Scarstu Debris Field after your first flight from Sargasso.

You have to advance to the final part of the campaign, specifically by making the characters escape the prison on planet Viceron. 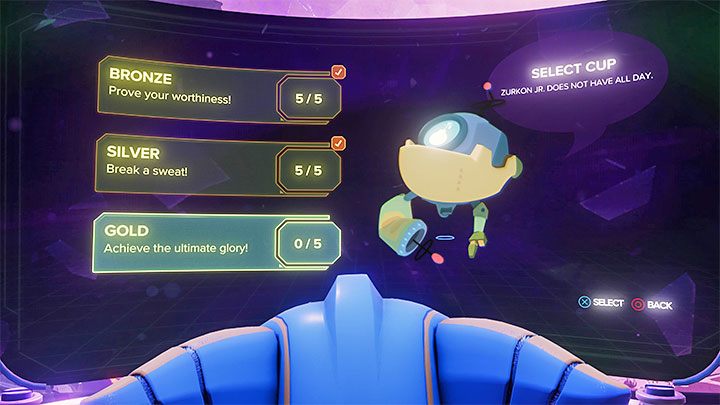 Interact with the arena terminal when you return to the Gastropub. The gold league should be available now. 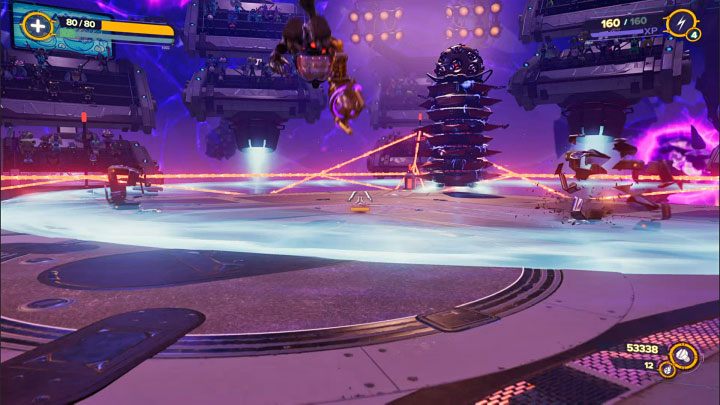 This is a harder version of the first fight in the silver league. This time, the Resurrected Mangler will appear in the arena. As with the previous fight, you must be aware that the Mangler is indestructible. Don't try to attack him, just focus on avoiding his attacks. The two primary attacks of this boss are: 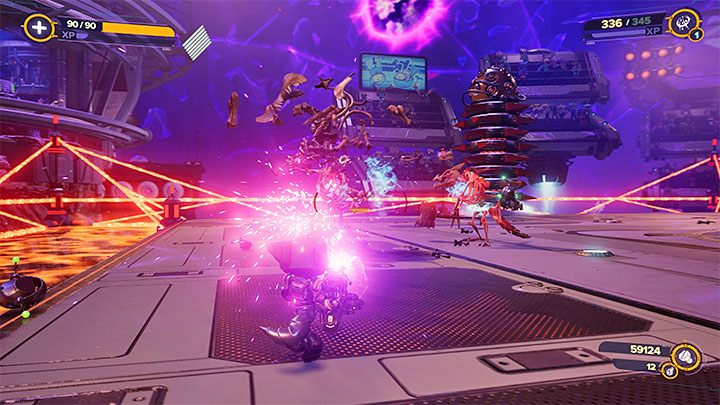 To win the fight, you must defeat 5 enemy waves. During the fights try to manipulate the camera and set it a way that will let you see the boss at all times, so that the Magler won't surprise you with any attack you may have missed.

You can defeat the enemies using any weapon and also summon allies to the battlefield, e.g. thanks to Mr. Fungi. The reward for surviving the fight is a large number of bolts. 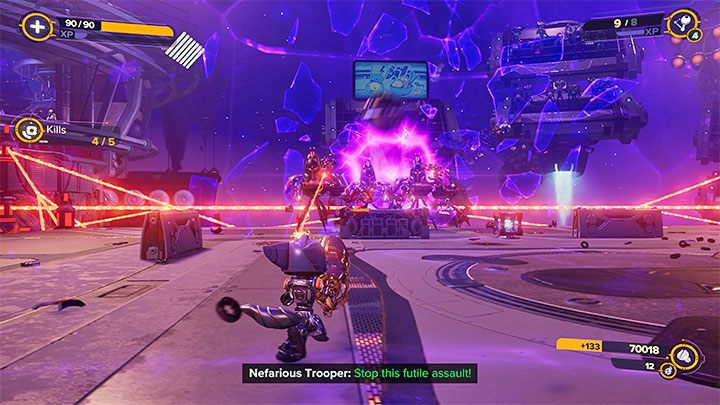 The unique feature of this fight is that you will receive random weapons from the entire arsenal available in the game. The game will switch the weapons randomly each time you kill any 5 opponents with your current weapon. The kill counter is by the left edge of the screen. 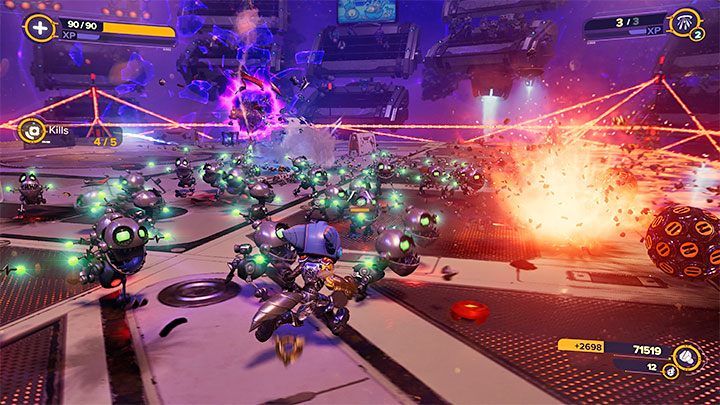 Though it may not seem so, this fight is simple, because you don't have to worry about running out of ammunition. You can fire at will your current weapon and if the game has given you a strong weapon (e.g. a rocket launcher or minigun), you will finish the given part of the fight in no time.

Drawing the Glove of Doom can also make the fight easier. You can summon a very large number of allies who will remain on the battlefield for a certain amount of time, even after the game changes the weapons. The reward for winning this battle is a large number of bolts.

A Good Time to Zoom 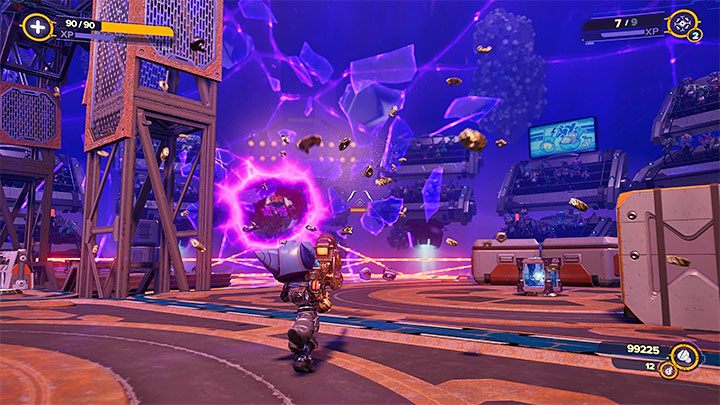 In this fight, you have to defeat 3 waves of enemies using the Headhunter sniper rifle. The game will assign you this weapon even if you haven't purchased it yet. Melee weapons will also be available, but they are not particularly useful.

During the fight, try to quickly locate the rifts through which new enemies will enter, and attack them from as far away as possible, because this way you will get the most out of the sniper rifle's features while not becoming an easy target for the enemies. 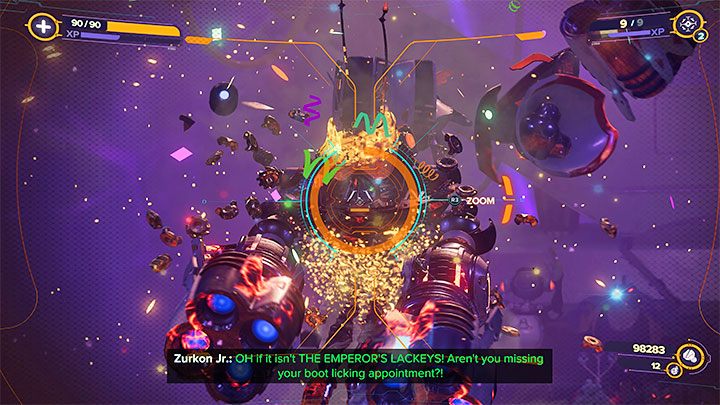 Try to always aim at your enemies' heads. When using the sniper rifle you can:

The sniper rifle has a limited magazine capacity, so look out for crates that will appear in the arena and smash them to refill your ammo. Surviving three enemy waves will reward you with a large number of bolts. 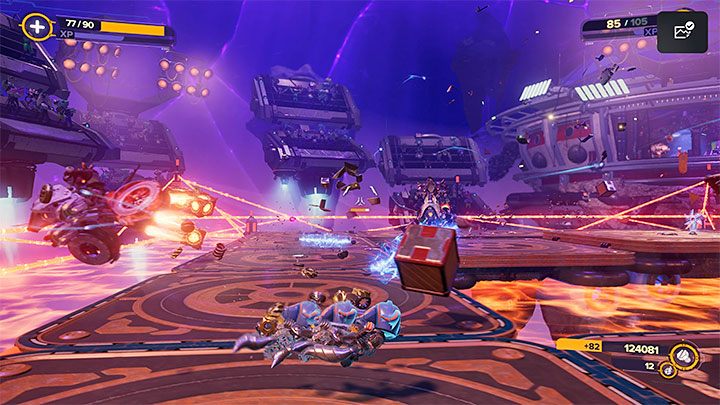 In this fight, you have to defeat the Vroom Goons in low gravity conditions. Though it may seem so, this doesn't dramatically affect the fight. You will notice the biggest difference when jumping, which obviously will be a bit slower. Thus, it's a good idea to stay on the ground for the majority of the fight and use the Phantom Dash to dodge enemy attacks. 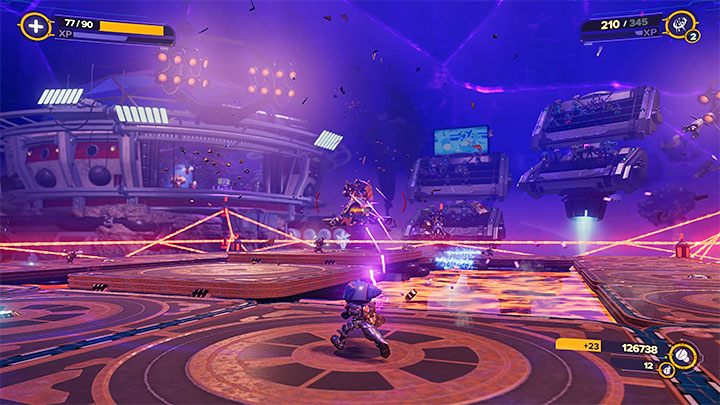 You can use any weapon to attack the goons, but it would be good if you used ones with high accuracy at medium and long range, so you wouldn't miss your target frequently.

Ultimately, you have to survive 3 waves and each may feature slightly different enemies, though the general combat tactics remain the same. The reward for completing the challenge is a spybot (a collectible). 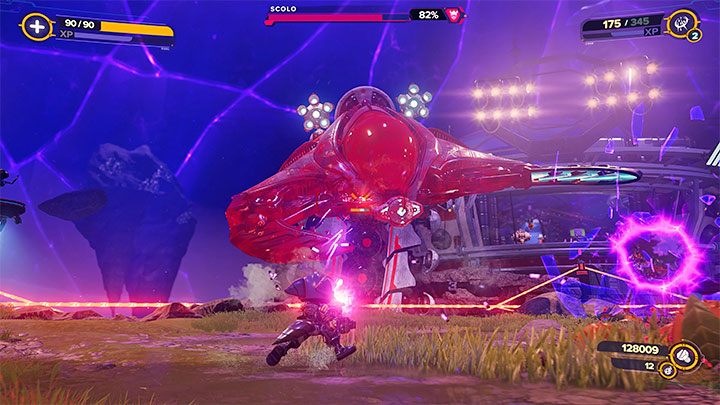 This final Gold Cup round will be unlocked only after you have completed the previous 4 rounds from this group. This time you will face two bosses - monsters from the bronze and silver league - Scolo the Seekerpede and Undead Grunthor.

Fortunately, you won't have to fight both bosses at the same time, as they appear one after another. At the beginning of the fight, only Scolo the Seekerpede will be present on the battlefield. Avoiding the strong attacks of this boss is very important, but the mines it drops also are dangerous. 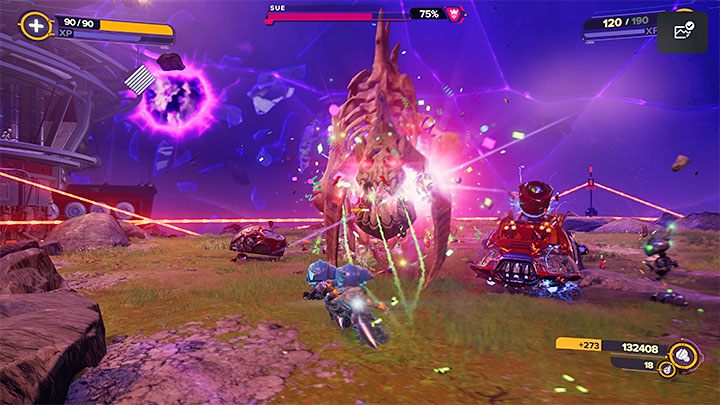 When the Seekerpede loses half of the health bar, it will temporarily leave the arena and the Undead Grunthor will take its place. Then, use the Phantom Dash and run to avoid Sue's charges and the boulders thrown by the boss.

Use area attacks from time to time to weaken Sue and defeat common enemies that accompany the Grunthor. 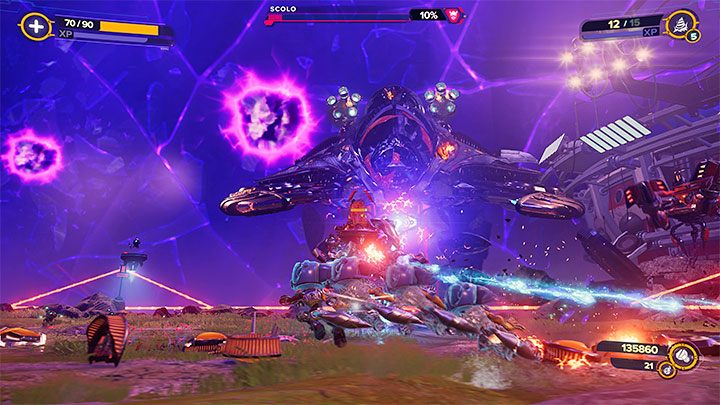 In the final part of the fight, you will attack the Seekerpede again. The much larger number of regular enemies complicates this part of the battle even more. Nevertheless, try to focus on weakening the Seekerpede and eliminate only those enemies that are a direct threat to Rivet. You can make the fight a little easier by summoning your own allies by using the Bombardier, Mr. Fungi, and Glove of Doom. 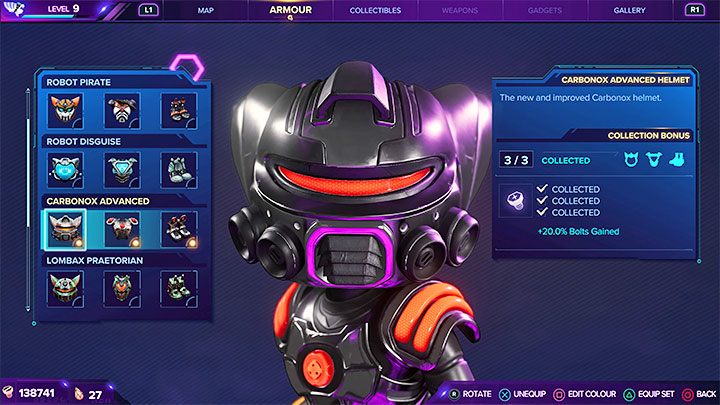 The reward for defeating both bosses is the Carbonox helmet. It offers a great bonus to the number of collected bolts (once you have all 3 elements of this set, the bonus can equal up to 20%).

Additional information - You can repeat the final gold fight and receive raritanium to help you upgrade your weapons.