Here you will learn whether or not Ratchet & Clank Rift Apart has cheats/codes for immortality (god mode) and infinite ammo. 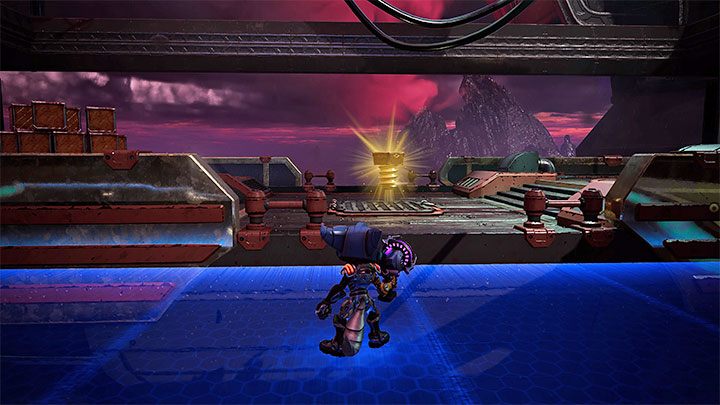 Ratchet & Clank does not have "classic" codes (cheats) that are activated, for example, by entering the right combination of buttons. You can, however, unlock some useful options by collecting Gold Bolts. They are one of the secret items in the game. We have described their locations in the Secrets and collectibles chapter (there is at least 1 Gold Bolt to find on each planet). 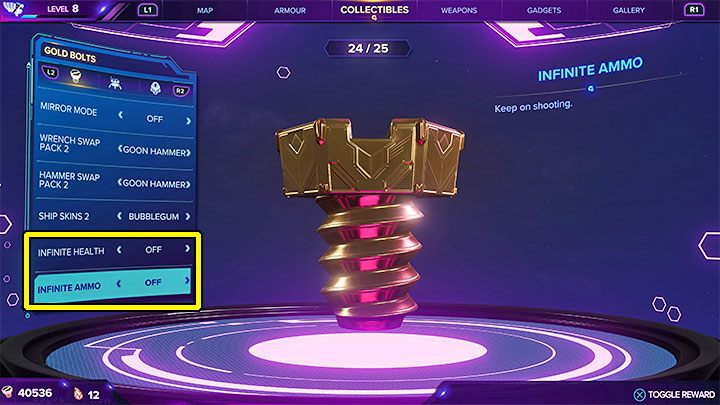 There are a total of 25 Bolts in the game - if you want to unlock cheats, you must find at least 24 Bolts. Each Bolt you acquire unlocks some unique reward and you can view them in the equipment menu - go to the Collectibles tab.

Find both options on the list on the left and turn them On.